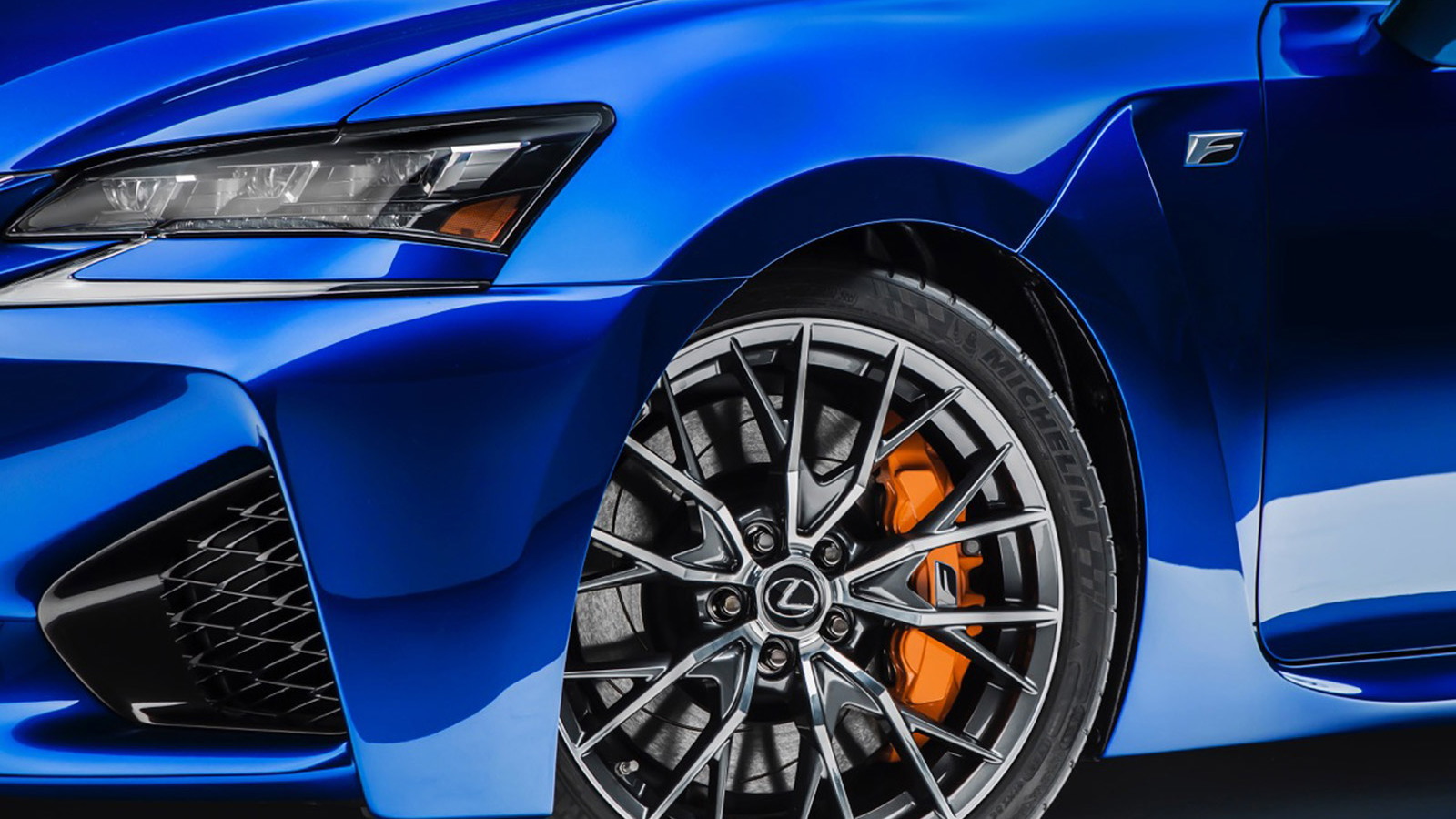 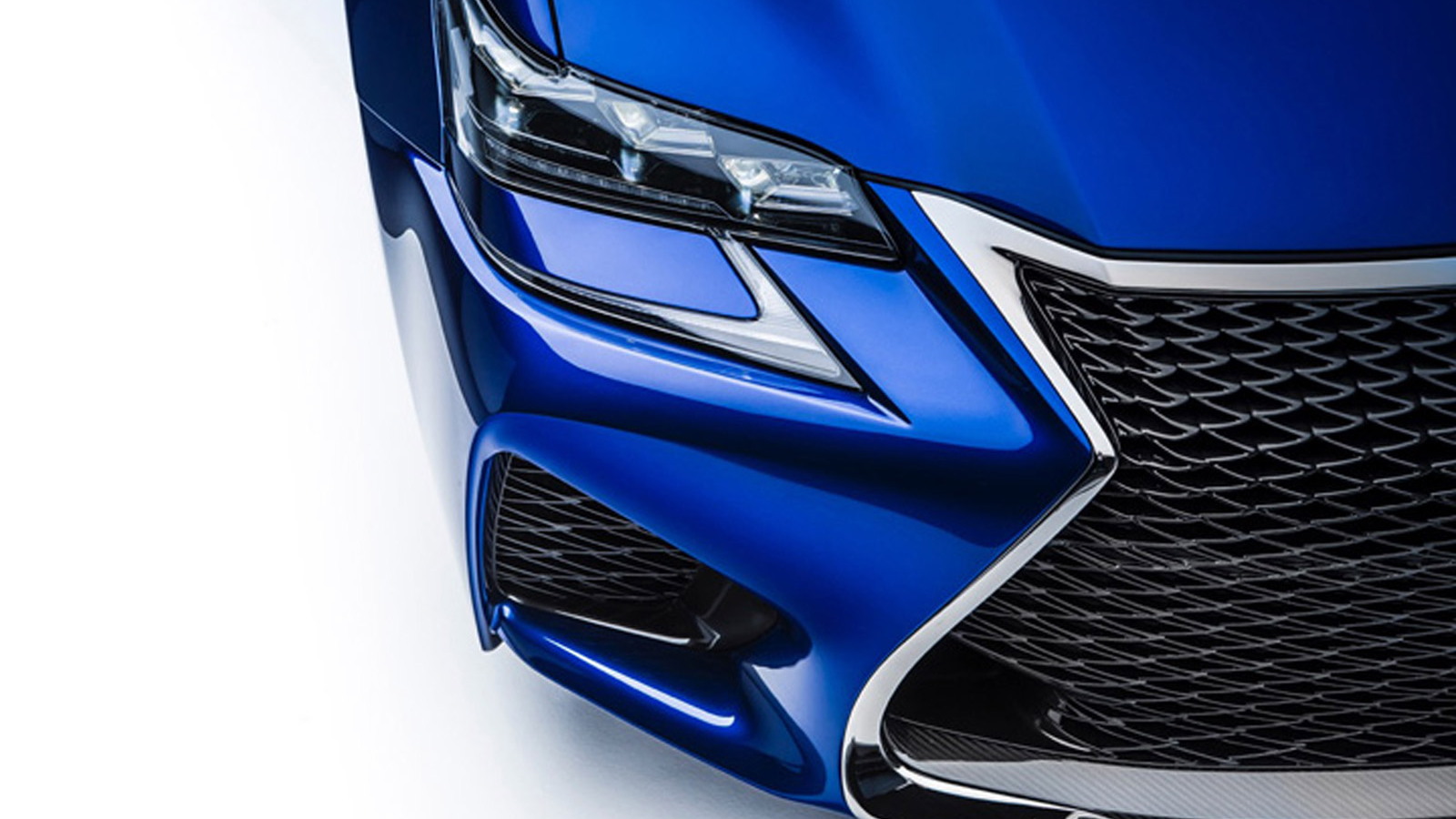 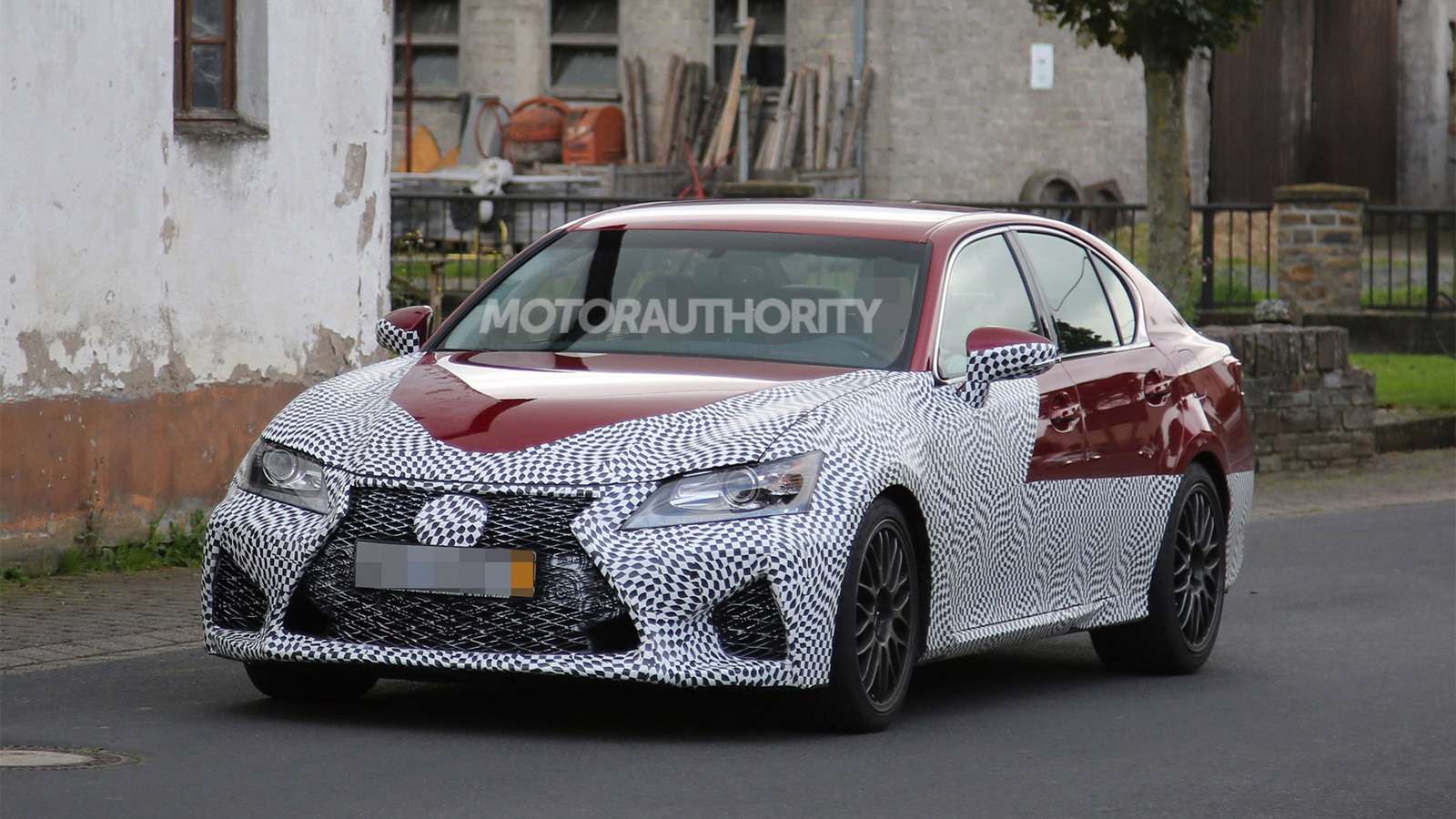 3
photos
Lexus has released two teaser shots for a new performance model set to debut at next month’s 2015 Detroit Auto Show. Apart from the teasers, the only official information we have is that the model will be a “track-ready” car destined to sit alongside the RC F in the brand’s growing stable of “F brand high-performance models.”

The current thinking is that the new model will be a GS F, prototypes for which have been spotted in the wild for over a year. The only hiccup is that the headlight design revealed in the teasers is very different to that on the current GS as well as the spied GS F prototypes. The design appears to feature three individual clusters in the main headlight unit plus a separate ‘L’ swoosh daytime running light. This suggest Lexus will adopt a unique set of lights for the GS F.

Power in the GS F is expected to come from the same 5.0-liter V-8 found in the RC F. In the Lexus coupe the engine’s output registers at 467 horsepower and 389 pound-feet of torque, but we could see more horses dialed up for the bigger and presumably heavier GS F. Potential rivals include the BMW M5 and Mercedes-Benz E63 AMG, which deliver up to 575 and 577 horsepower respectively.

We’ll know the identity of the new Lexus soon enough, as the covers are set to come off at the Detroit Auto Show on January 13. In the meantime, additional coverage of the event can be accessed via our dedicated hub.