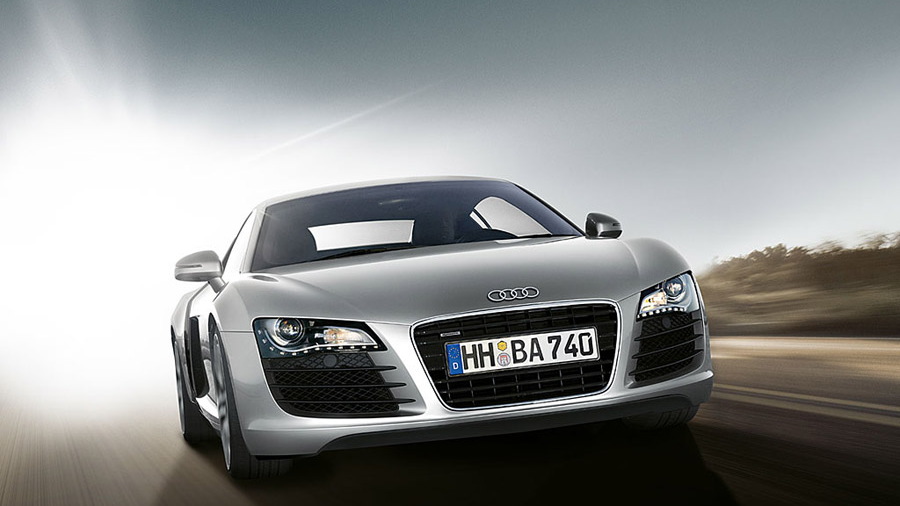 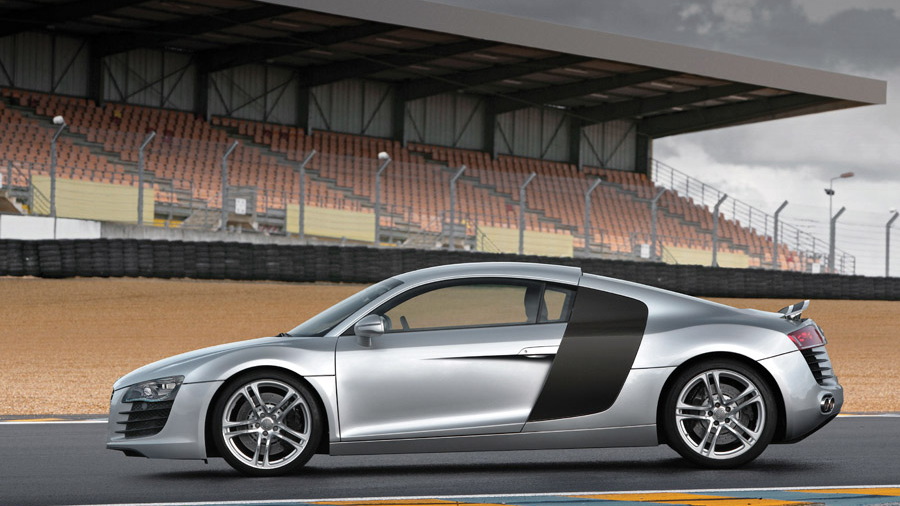 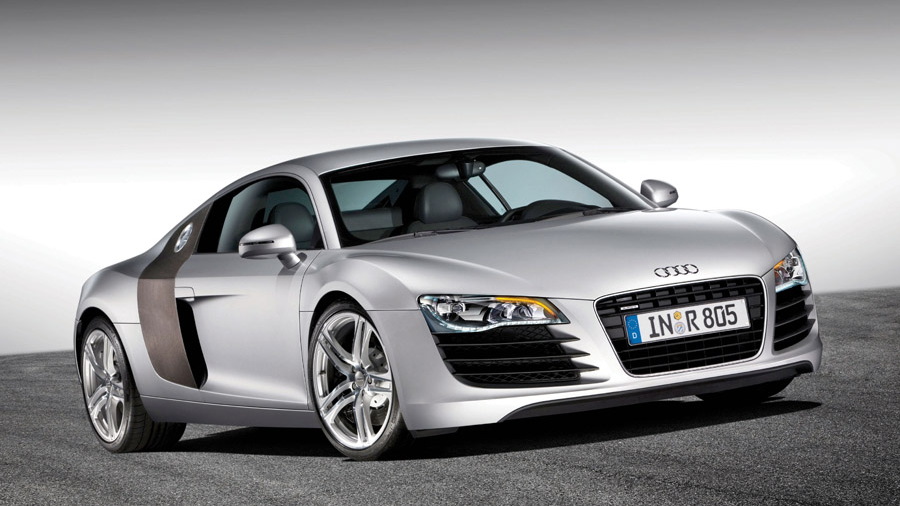 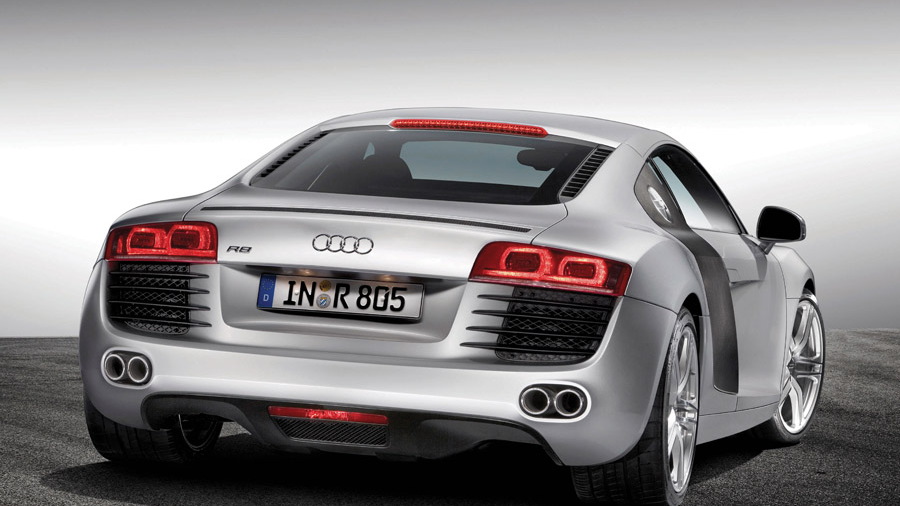 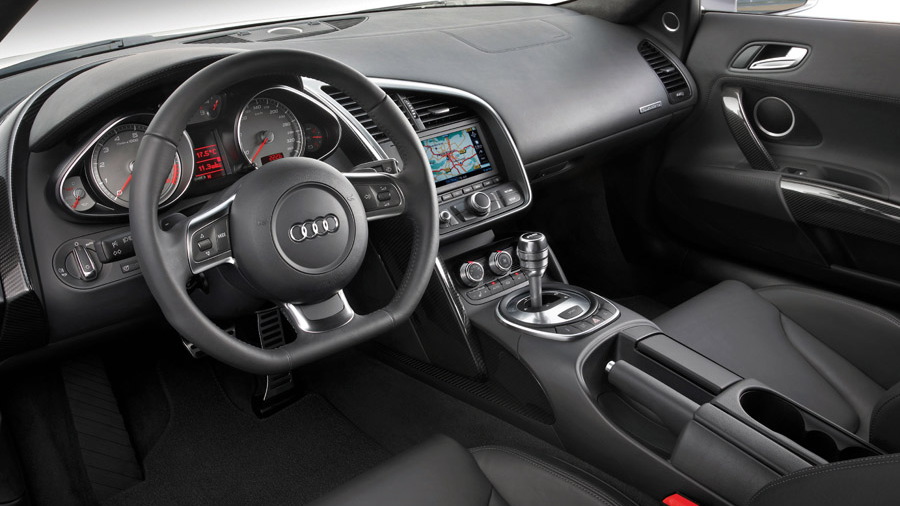 24
photos
After the long drawn out gestation period Audi’s first ever mid-engined sports car is finally here. With the multitude of concept car and spy shot info that’s been circulating the net for months now, there isn’t anything really new to add. Sales of the new car will start in the first half of next year for the both the US and Europe with prices ranging from $80,000 and $110,000.

This will put the Quattro AWD R8 up against the likes of BMW’s M6 and the Porsche 911, this one however is based on the Lamborghini’s Gallardo platform and features a high-revving V8 from the RS4 developing 420hp. The 0-62mph dash will be around 4 seconds with top speed up around 185mph. Transmission options include either Audi’s R tronic sequential-shift gearbox (similar to Lamborghini's EGear) with a joystick gear-shift on the center console and steering-wheel mounted paddles or a conventional six-speeder.

The design adopts Audi’s corporate single-frame grille with the four-ring logo situated on the hood above the grille. The R8 makes an industry first with its futuristic headlights, which feature LED lights for each component - dipped beam, main beam, daytime running lights and indicators.

Inside the car gets the typical Audi quality of fit with a logical layout of switchgear. Buyers have the option of choosing specially developed bucket seats clad in a combination of Leather and Alcantara. Unfortunately, the R8 remains a strict two-seater. We have to admit it looks damn sinister in black.