';
Ferrari’s Panamerican 20,000 has come to an end with the two cars, a pair of 599 GTB Fioranos, crossing the finish line at the New York Stock Exchange. The cars started off on the 24th of August in Brazil and completed the trek in 15 stages and with 50 different international journalists taking turns to drive through 16 countries. The cars were greeted with the full red carpet treatment when they arrived in Wall Street, including a special grandstand with Ferrari North America boss Maurizio Parlato heading the ceremonies.

The event showcases the durability of Ferrari’s road cars, a point drilled home by Parlato at the closing ceremony. They managed to cross rugged mountain roads in the Andes and suffered only minimal damage to the tires and rims. The only assistance required was the regular oil changes, but other than that the cars were fine.

The cars weren’t completely stock, changes to the underbody and suspension were necessary to allow the cars to cope with the rough terrain. Other than that, the cars were the same as regular production models. They both sport the 6.0-litre V12 dishing out a tasty 620 hp (463 kW) at 7,600 rpm mated to the electro-actuated six-speed F1 gearbox.

Click ahead for more images including a map of the journey. 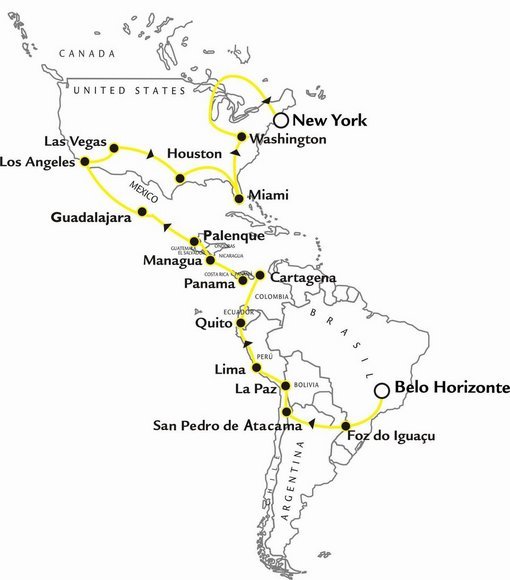 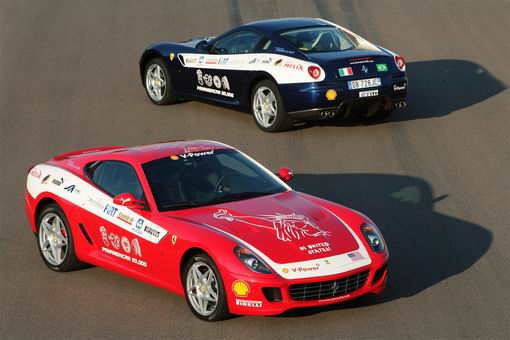