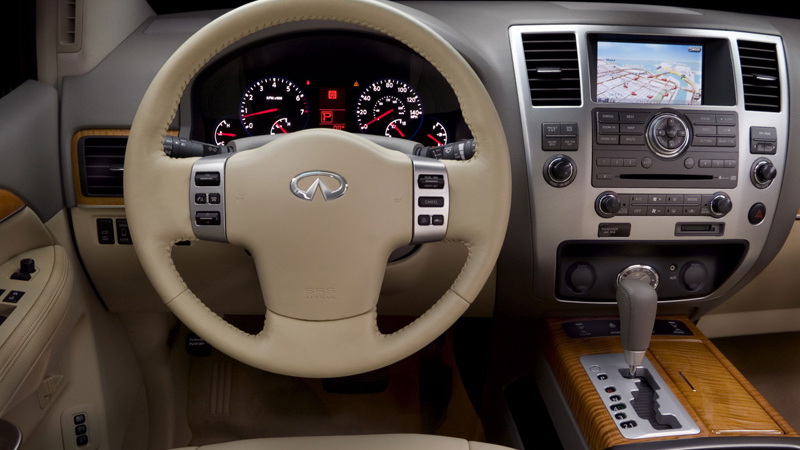 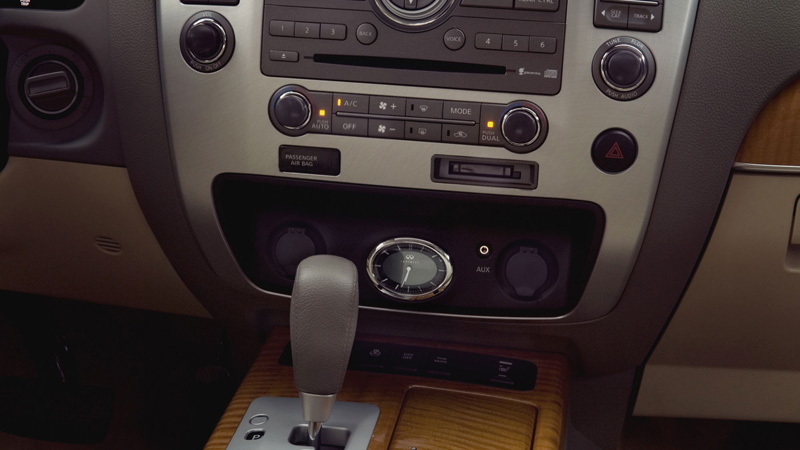 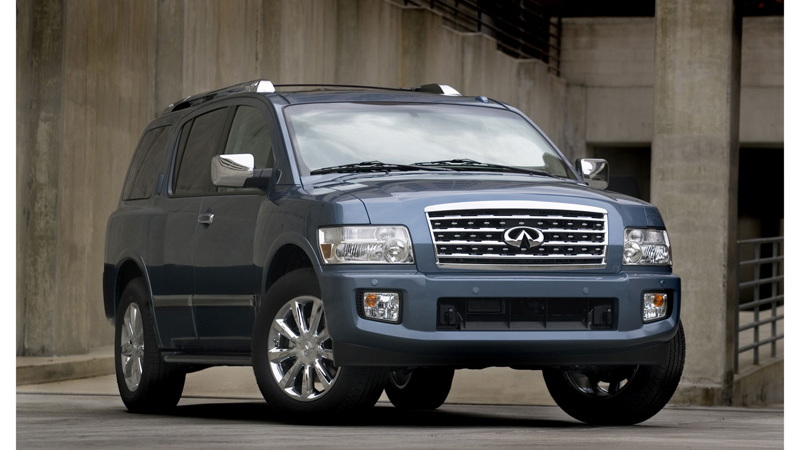 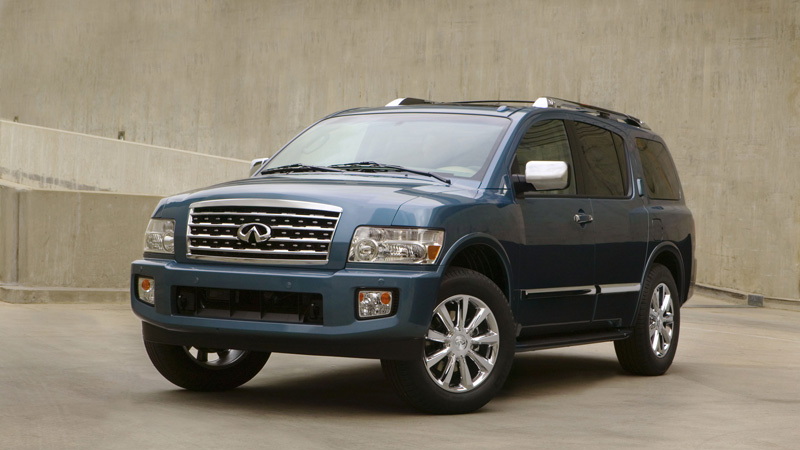 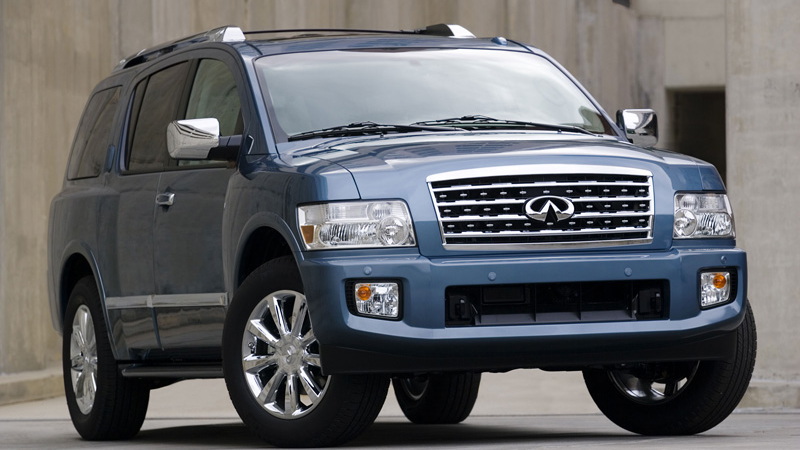 9
photos
Infiniti experienced its best sales period ever during 2006 and the trend is set to continue with today’s launch of the 2008 QX full-size luxury SUV. Changes to the vehicle include revisions to both the interior and exterior and this represents the first major update since its introduction back in 2004. The blocky styling seems outdated against many of its rivals but the classy looking interior remains appealing.

The new QX goes on sale in April of this year and comes with a number of class-leading standard features including 20inch chromed aluminum-alloy wheels. The interior gets a new instrument panel cluster with high-tech LED details and wood grain trim. Cool features include the third-row power folding seat and the heated steering wheel.