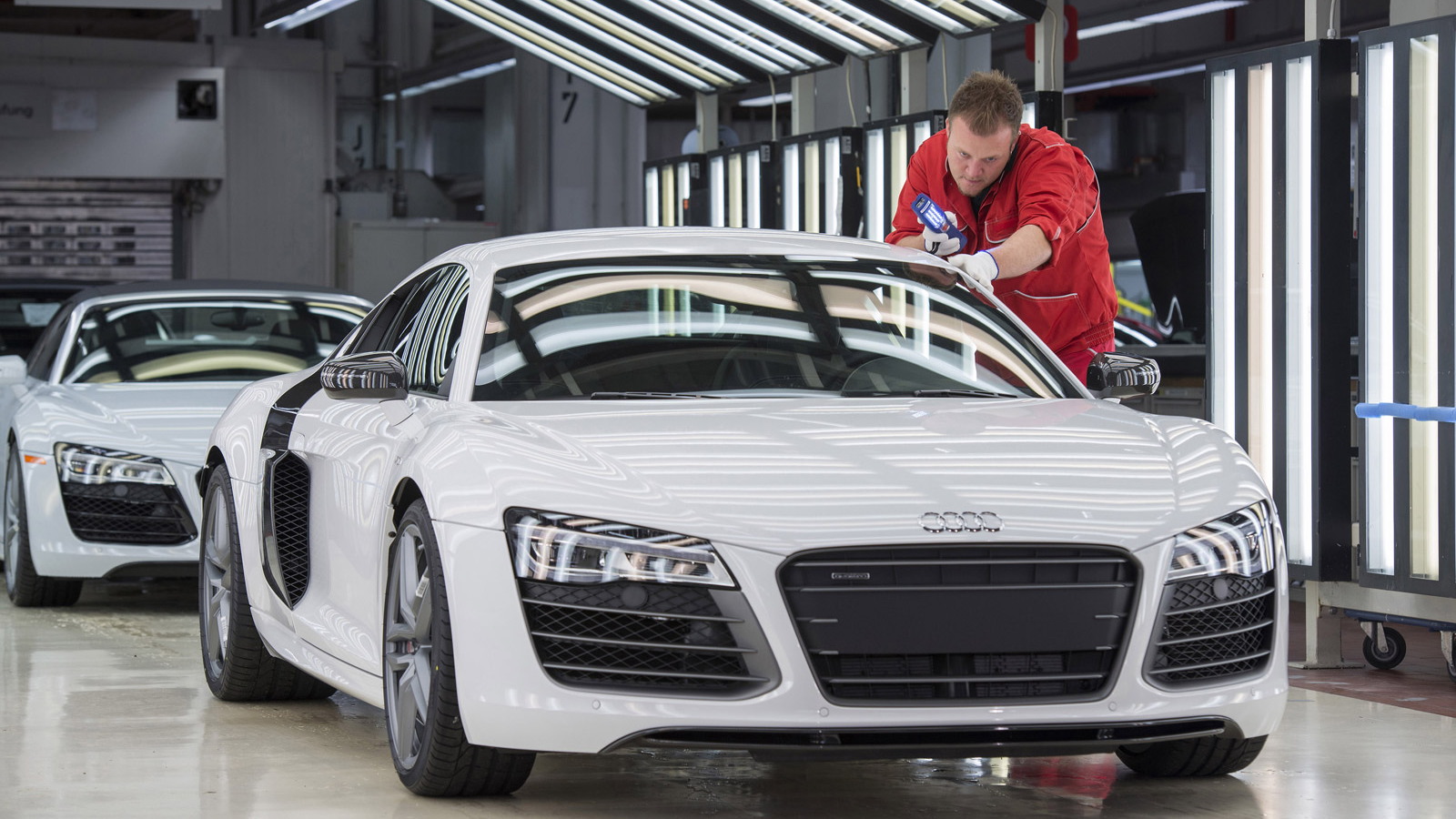 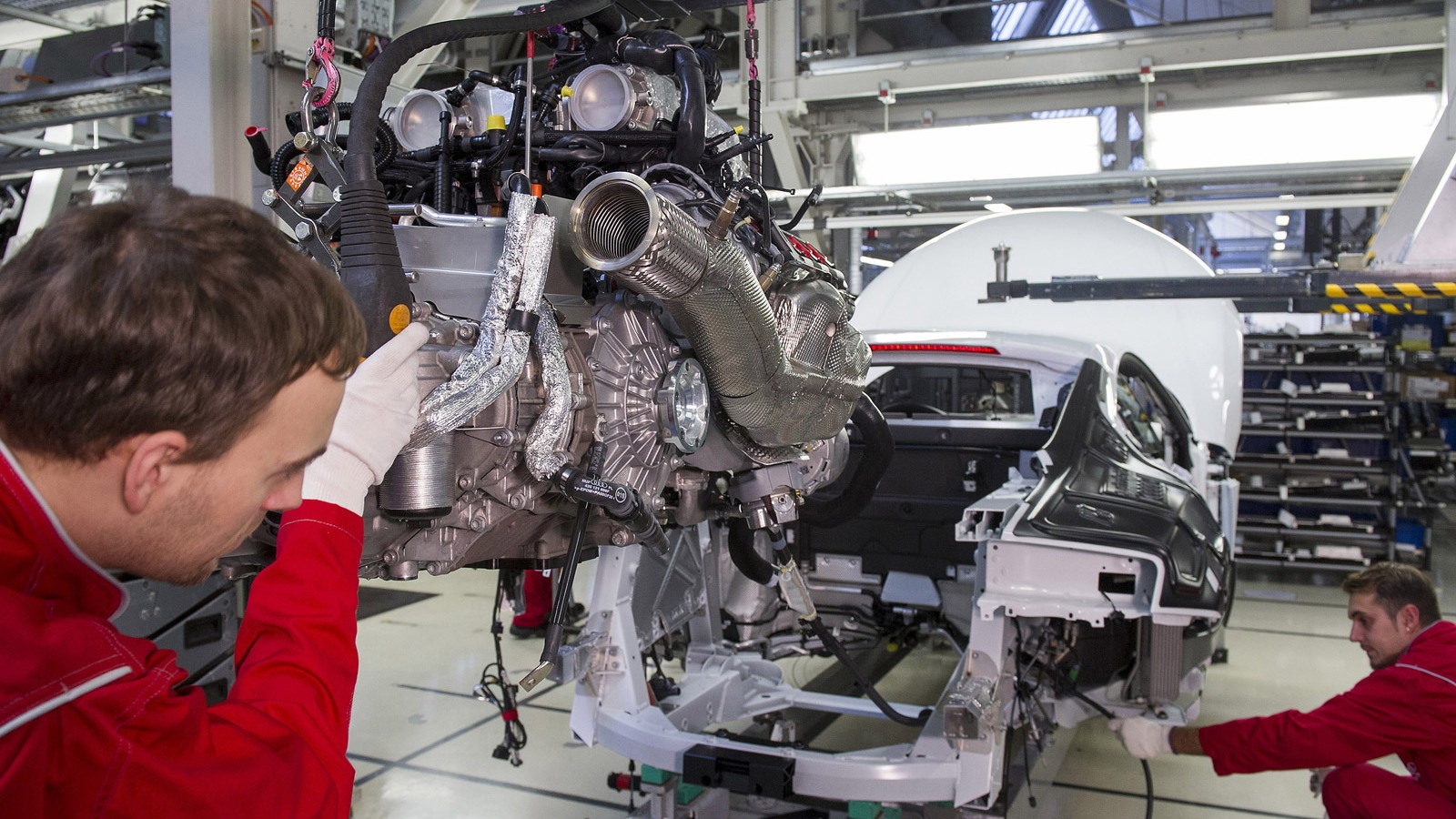 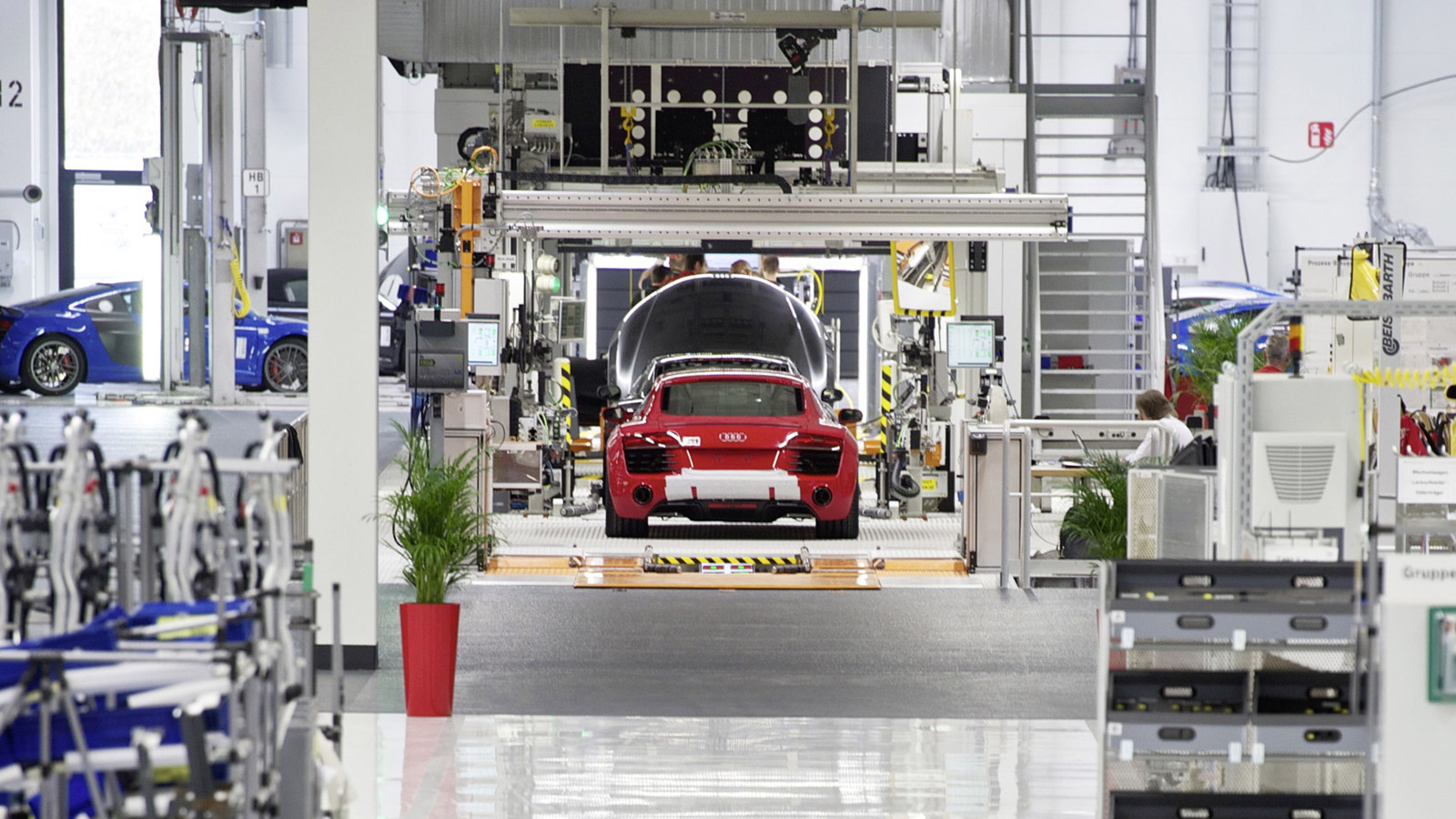 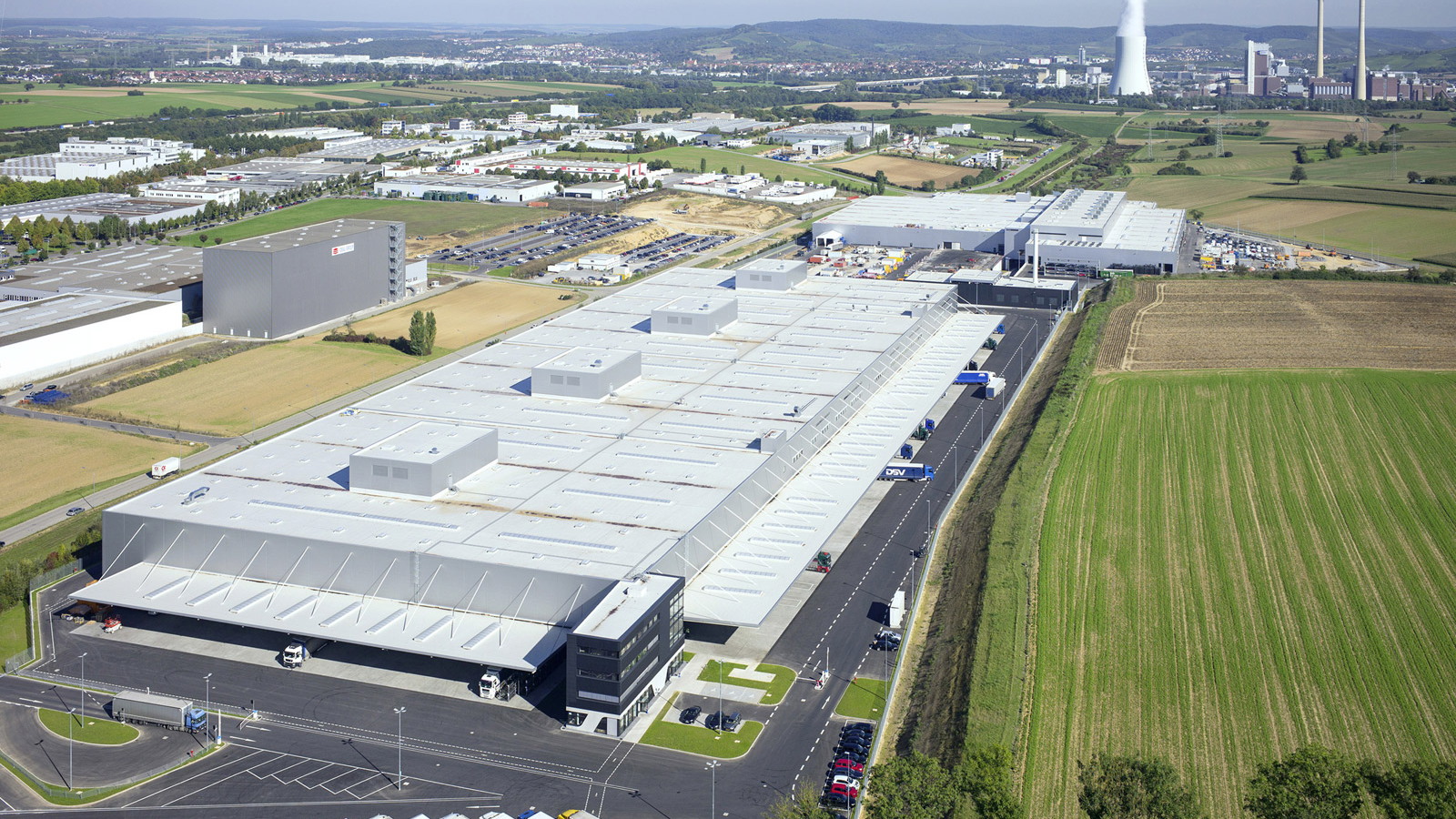 Since launch, Audi’s R8 supercar has been built at a special facility located at the automaker’s main plant in Neckarsulm, Germany. However, production of the car has now been moved to a new facility, located in the city of Heilbronn about four miles south from the main plant.

The new facility also houses a state-of-the-art logistics center and is called the Audi Böllinger Höfe. The move means that various production processes for the R8, which were previously accommodated at separate areas, have now been brought together under a single roof.

According to Audi, the new facility offers improved efficiency, not only because of the integration of all the previously separate processes, but also because of technological and ergonomic innovations.

And the move also benefits the Neckarsulm plant by relieving some pressure. The plant is also responsible for six other Audi models that feature 20 derivatives in total.

The Audi Böllinger Höfe site covers 23 hectares, around a quarter of the total area of the main plant in Neckarsulm. Next year it will gear up for production of a second-generation R8, which has been testing in prototype form for almost a year now. The new R8 is expected to be revealed in the second half of next year and go on sale in the U.S. in 2016, most likely as a 2017 model.