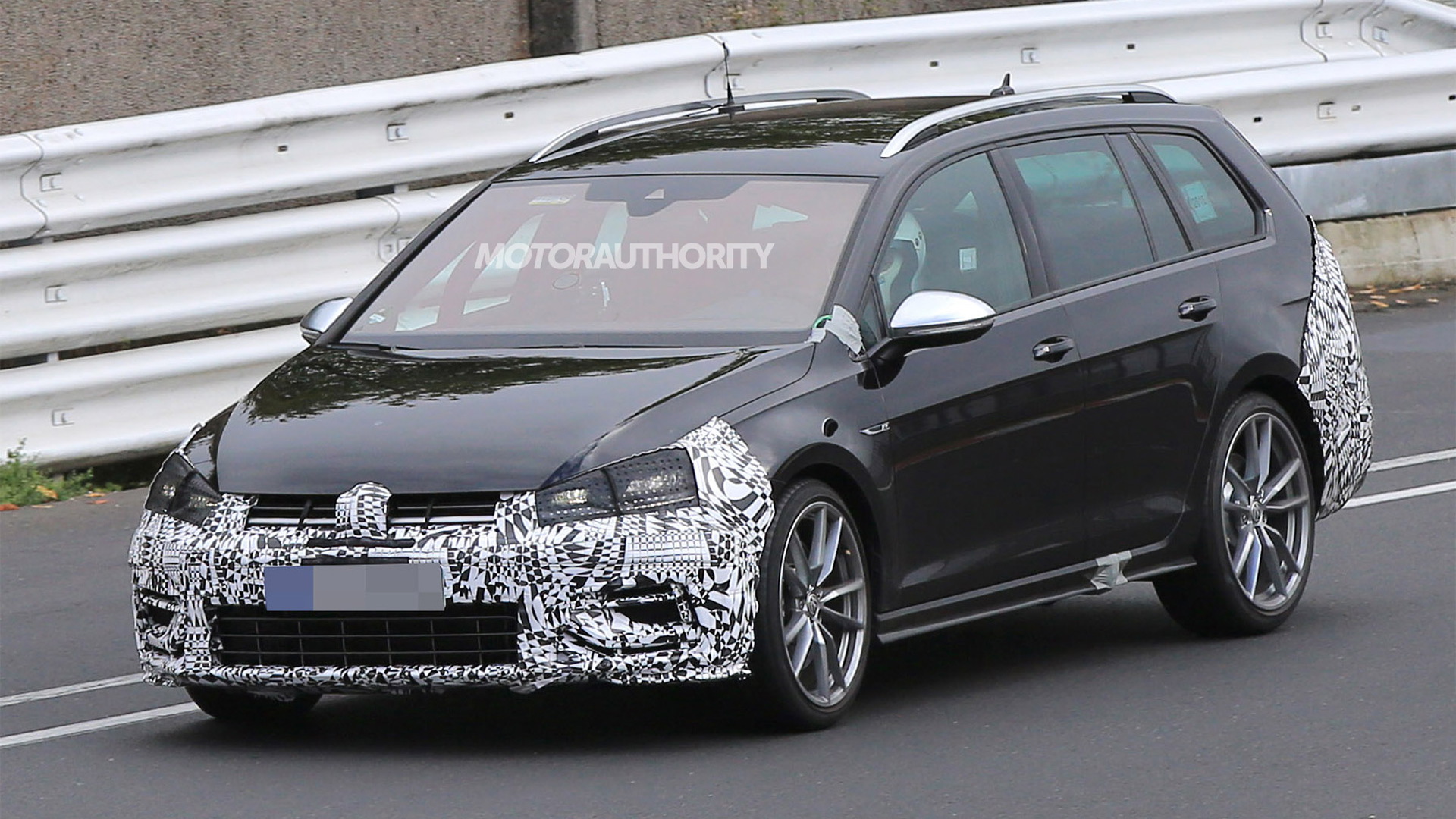 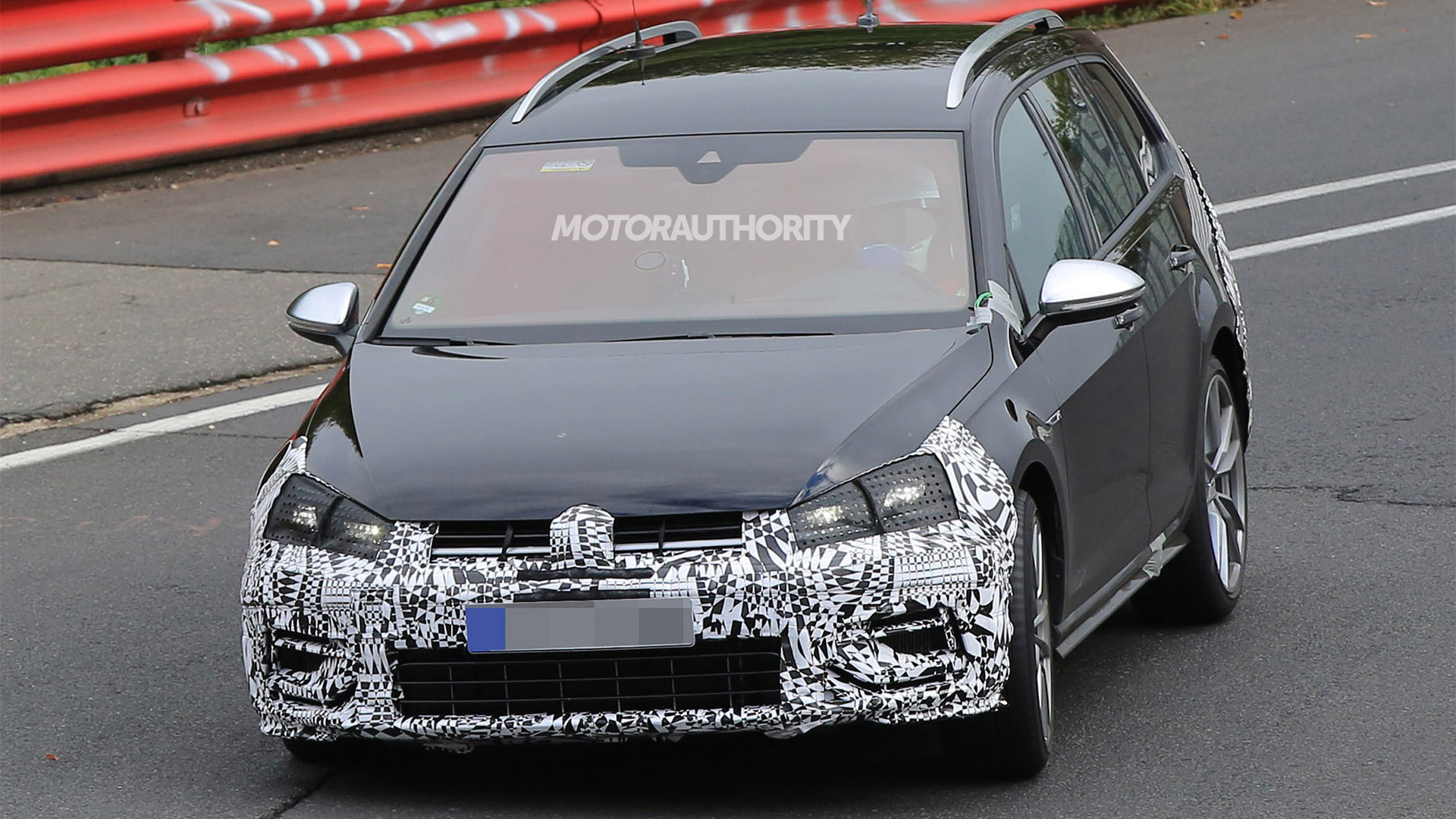 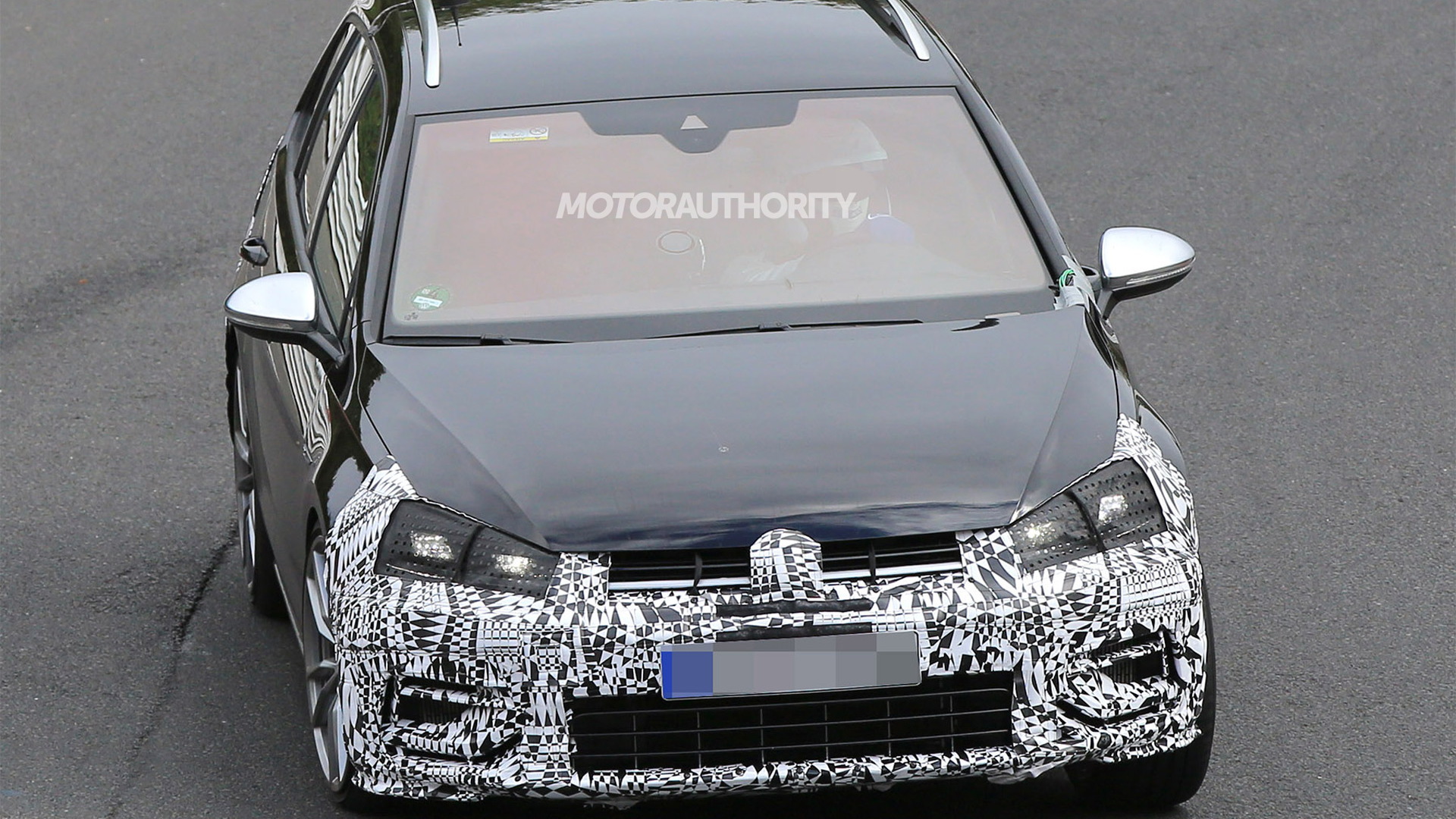 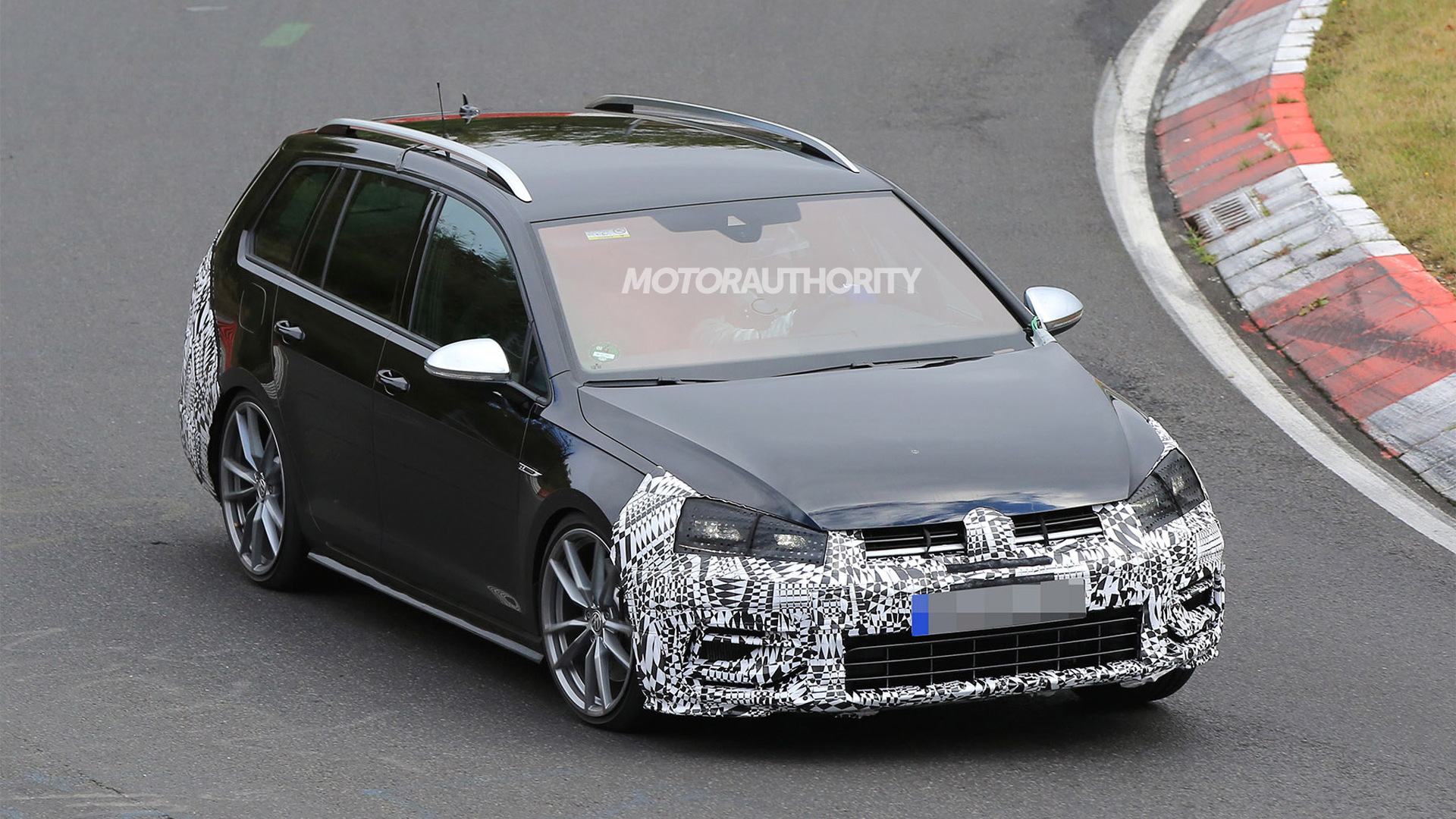 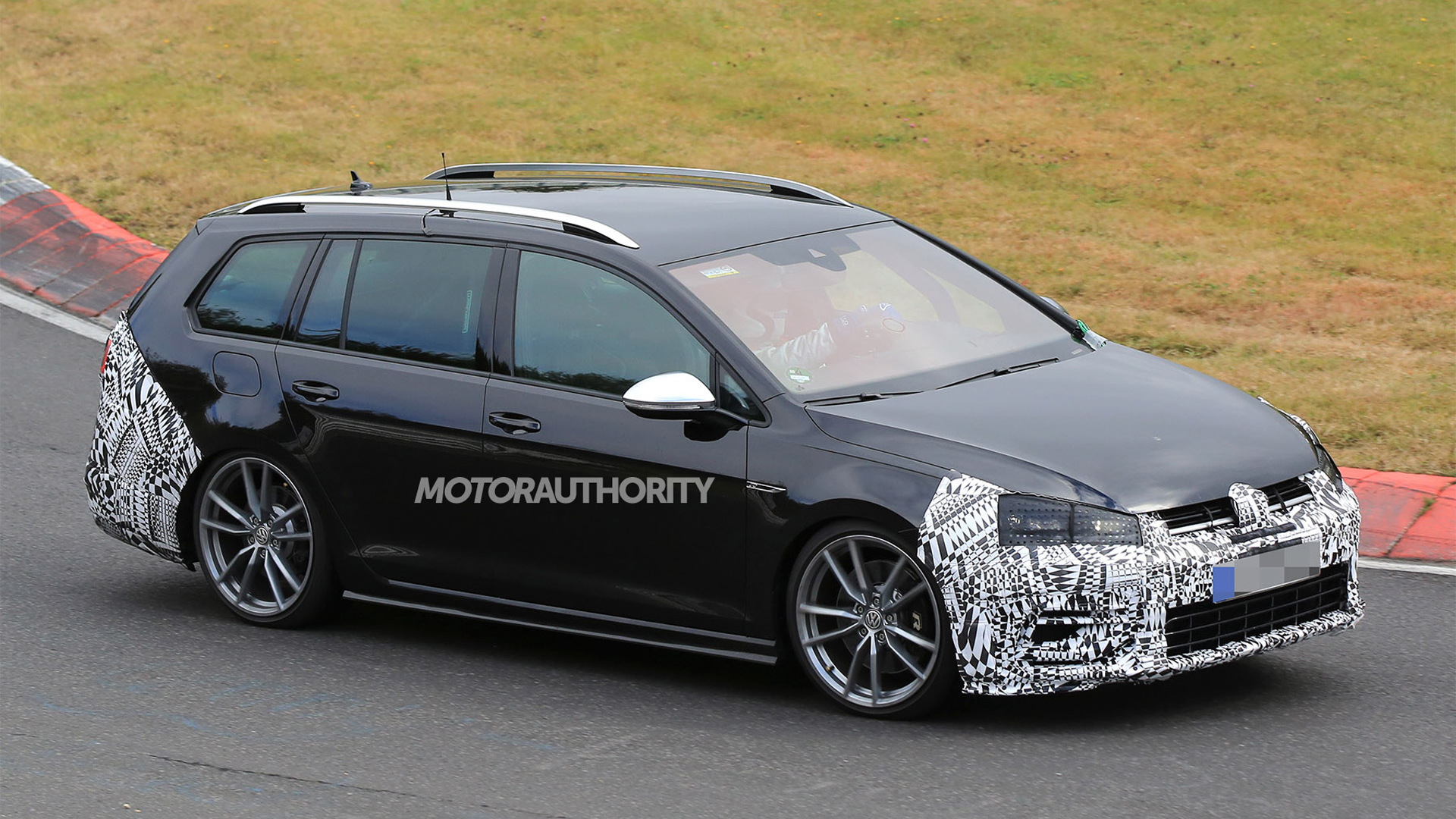 The seventh-generation Volkswagen Golf is about to undergo its mid-cycle update.

We’ll see the updated range in showrooms around mid-2017, with the cars arriving for the 2018 model year.

Prototypes are currently testing around Europe. The latest shots and video show a prototype for the updated Golf R Variant. Unfortunately, the high-performance wagon won’t be sold here. Instead, VW longroof fans in America will have to continue to settle for the Golf SportWagen and Golf Alltrack.

The prototype reveals that the updated Golf R Variant will feature tweaks to the lights at both ends as well as a new, more aggressive front bumper. Similar changes should feature on the updated version of the Golf R hatchback. Note, the general visual updates pegged for the updated Golf range have already been revealed thanks to a leak in August.

Under the hood will remain a turbocharged 2.0-liter inline-4. This engine is rated at 290 horsepower and 280 pound-feet of torque at present and we don’t expect this to be changing for the updated model. Transmission options should continue to include 6-speed manual and 6-speed dual-clutch units, and all-wheel drive should remain as standard.

Instead of mechanical updates, look for VW to focus on introducing more technology. For example, we’ve heard there will be a much more advanced infotainment system that possibly includes some form of gesture control.

This will be the last update for the seventh-generation Golf before a successor is introduced for the 2020 model year.