';
Lotus Sport, the racing arm of Lotus, has unveiled its race-bred Exige GT3 concept vehicle at the Geneva Motor Show. The stripped out racer is powered by a high-revving 1.8L four-cylinder motor sourced from Toyota with an Eaton M62 supercharger bolted on. Final output is 271bhp (203kW) at a lofty 8000rpm and 190lb/ft of torque at 7000rpm. The 0-60mph sprint takes just 3.9 secs, while top speed is electonically limited to 160mph.

Drive is sent to the rear wheels via a sports-type clutch plate and heavy duty clutch with a lightweight aluminium C64 six-speed gearbox at the driver’s disposal. An open type limited slip differential is fitted as standard as well as a switchable traction-control system that reduces engine power rather than applying the brakes when it detects slip. It is intended that the Lotus Exige GT3 concept road vehicle will be further developed into a full production car for limited markets, to go on sale in late 2007 with an estimated price tag of between £50,000 and £60,000.

Lotus has also used the Geneva show to release its Luxury Touring Pack Option for its Europa S. The package, designed exclusively for the larger GT model, comes with saddle tan leather on almost every interior surface with matching brown carpet, an engine start button and a solid Walnut and Tulip wood gearknob. Exterior additions include tinted windows, body coloured front driving lamp surrounds, and silver highlights for the grille. The package is available from April 2007 priced at €1,750 in Europe, with prices in other markets to be announced shortly.

Follow the jump to read the detailed press release and view images of the luxury equipped Europa S. 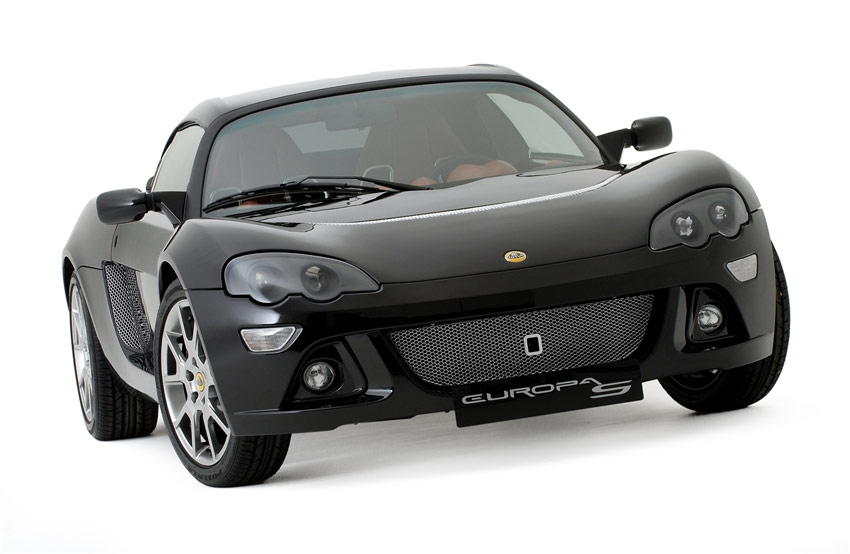 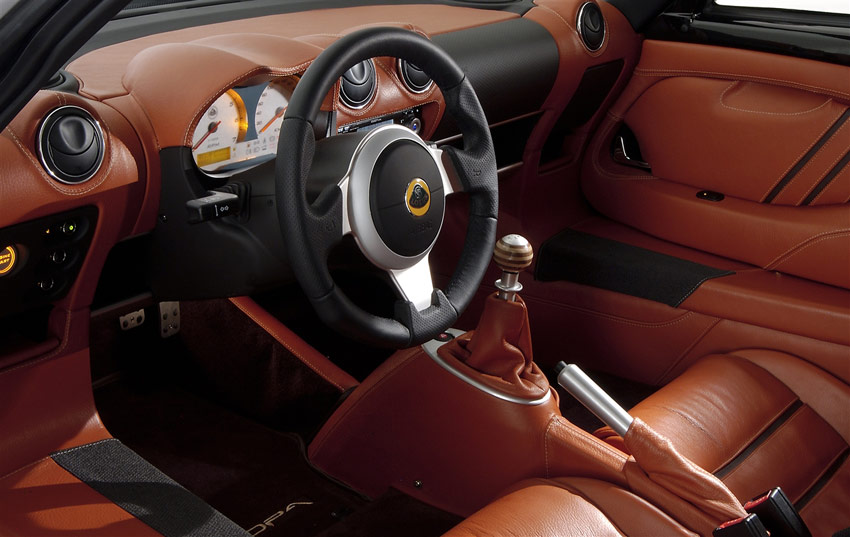 concept road vehicle. With its debut at the 77th annual Geneva

embraces all that is expected of a race-bred Lotus.

Building on the Lotus racing pedigree, this concept car can deliver

more grin-factor than ever before; there are no intended compromises and no

limits except those that are self imposed by the driver.

This is one concept that commands your full attention.

becomes immediately obvious from its aggressive stance, extreme width of

rear track and innovative three-dimensional rear wing. The foundation of

all Lotus products is phenomenal handling and ride characteristics, but the

Exige GT3 takes these into another dimension altogether where supreme road

the GT race arena in 2007, taking over the mantle from the hugely successful

and aero-efficient three-dimensional rear wing and blended end-plates. The

visual message is clear; this vehicle means business and the squat wide

That power is provided by the same charge-cooled supercharged engine

been electronically limited but acceleration is left untouched and

unimpaired. The up-rated front brakes and brake pads all round ensure that

balance. The performance of this car will amaze and reward all drivers with

Simply put, the Lotus Exige GT3 will redefine your concept of a road

car by re-affirming that unique proposition that is, above all else, a

further developed into a full production car for limited markets, to go on

The Lotus GT3 in more detail

from low engine speeds all the way to the maximum 8000 rpm. The Roots-type

crankshaft and has an integral bypass valve for part load operation. Four

An Accusump (engine oil accumulator unit) is included in the whole

package as an oil reservoir back-up for extreme track use ensuring that,

under those conditions, the engine oil pressure remains constant.

with the same perfectly spaced ratios as the Exige S. An open type limited

slip differential is fitted as standard. The Lotus switchable traction

traction; it is active above 8 kph (5 mph) and reacts much more quickly than

calipers at the front and Brembo single sliding piston at the rear. Pagid