With 460 kW/626 hp and a 780Nm of torque, the AMG V8 compressor engine, which is coupled to an AMG Speedshift R five-speed automatic transmission, accelerates the Roadster from 0-100km/h (62 mph) in 3.8 seconds.

To compensate for the loss of stiffness by lopping off the top, Mercedes has enhanced the chassis with more carbon fibre elements. Steel-reinforced A-pillars and two fixed roll-over bars help protect occupants in the event of a crash.

The new semi-automatic retractable roof is capable of closing in less than 10 seconds, and has been designed in a wind-tunnel to retain handling characteristics at high speeds. Top open the roof, you need to unlock it from the windscreen frame raise it slightly, after which it folds away electrically.

According to Mercedes, it’s possible to have a conversation with the roof down even at speeds above 120mph.

The new Mercedes-Benz SLR Roadster, like the coupe, is produced at McLaren's Formula 1 factory in Woking, England, and will be available from September 2007. 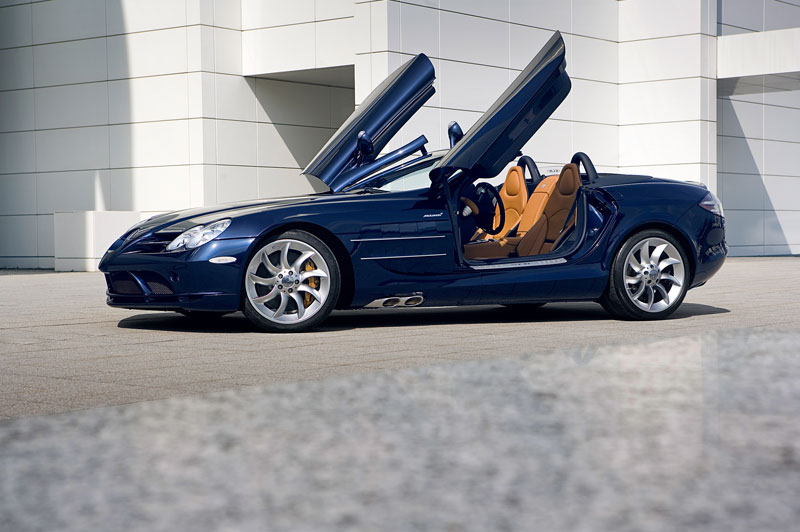 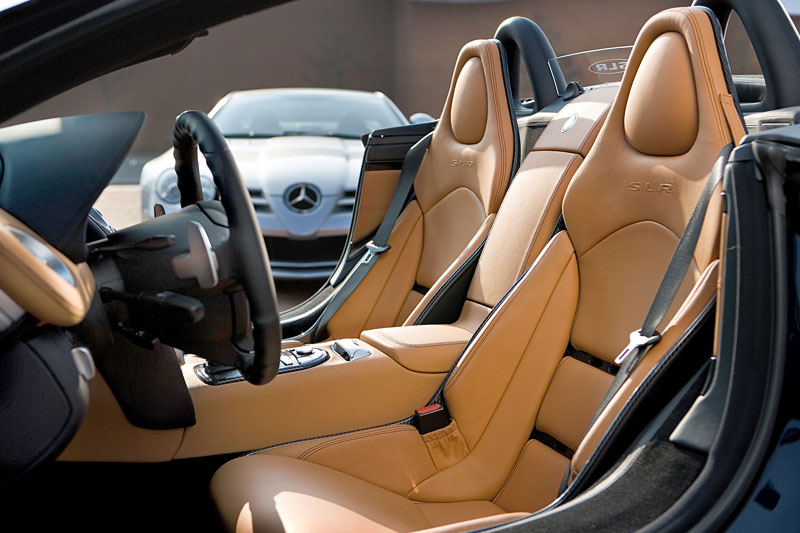 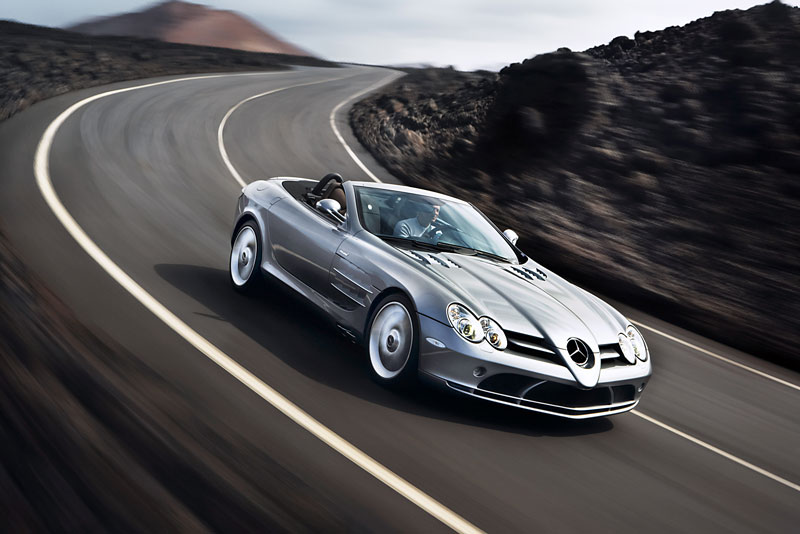 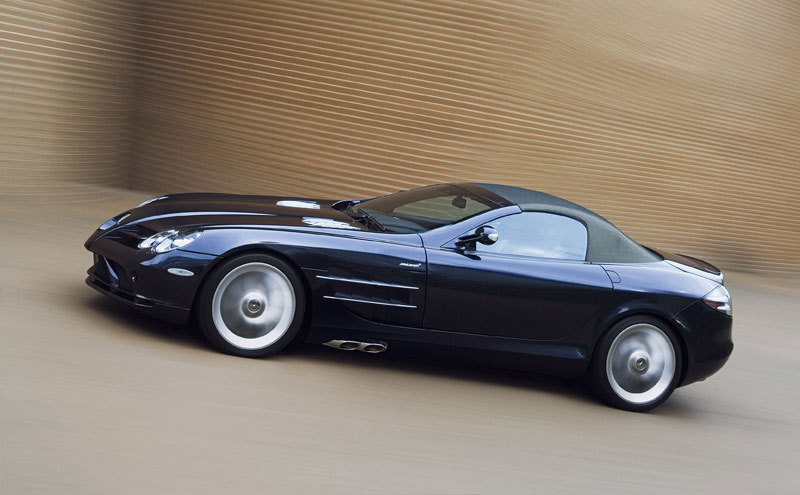 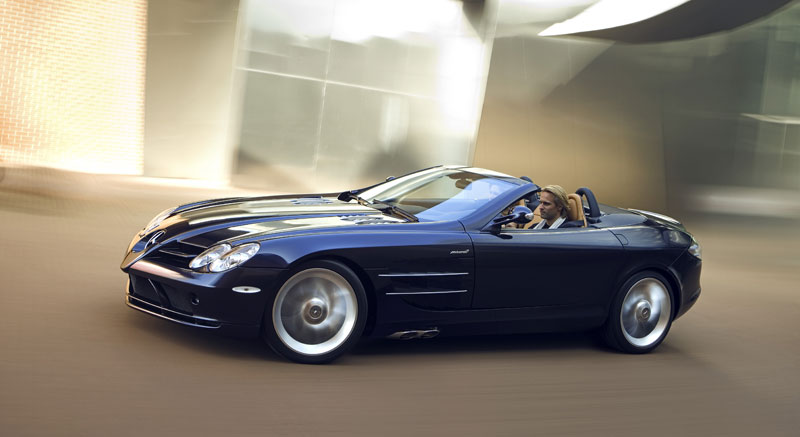 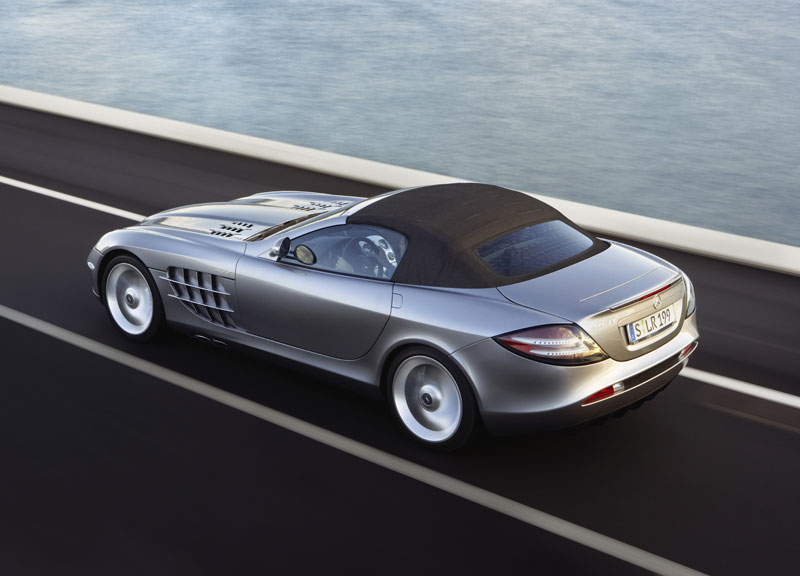 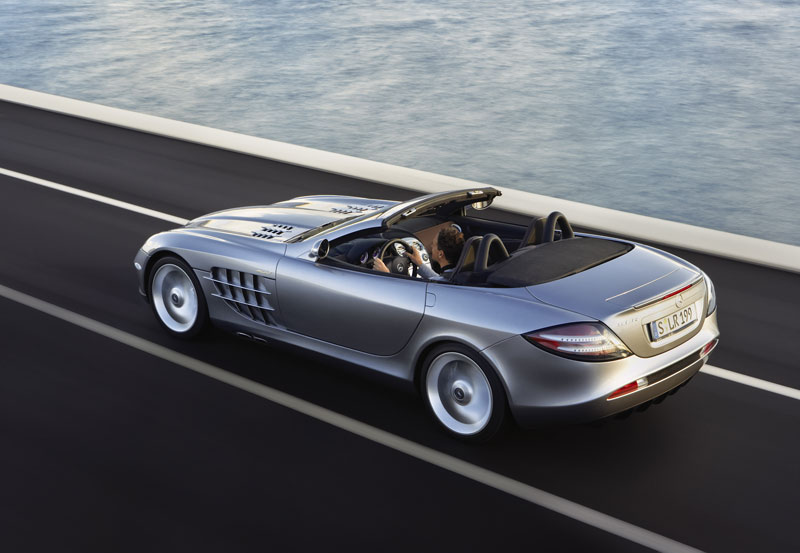 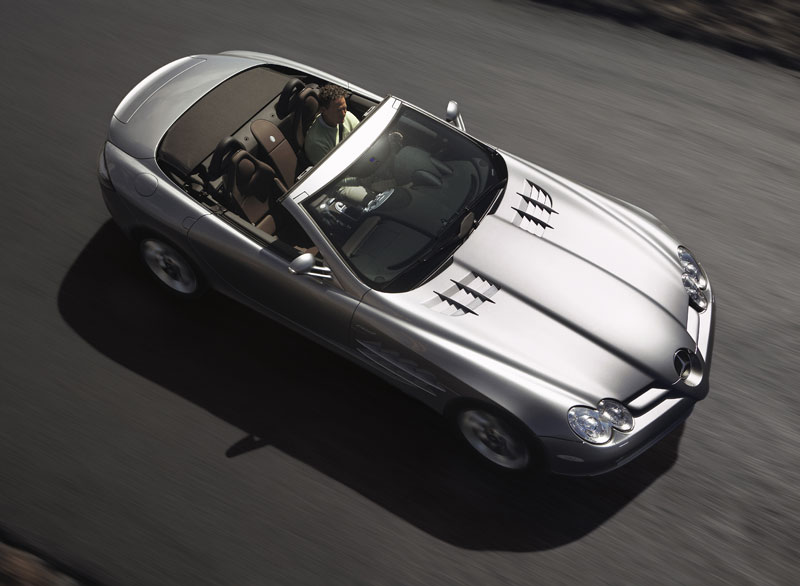 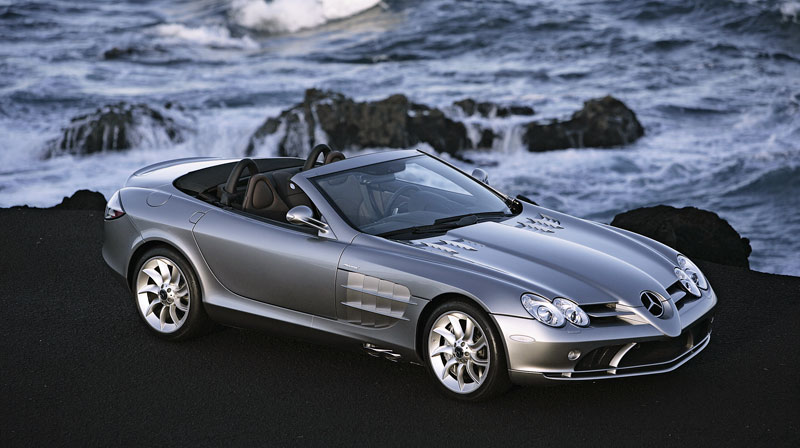 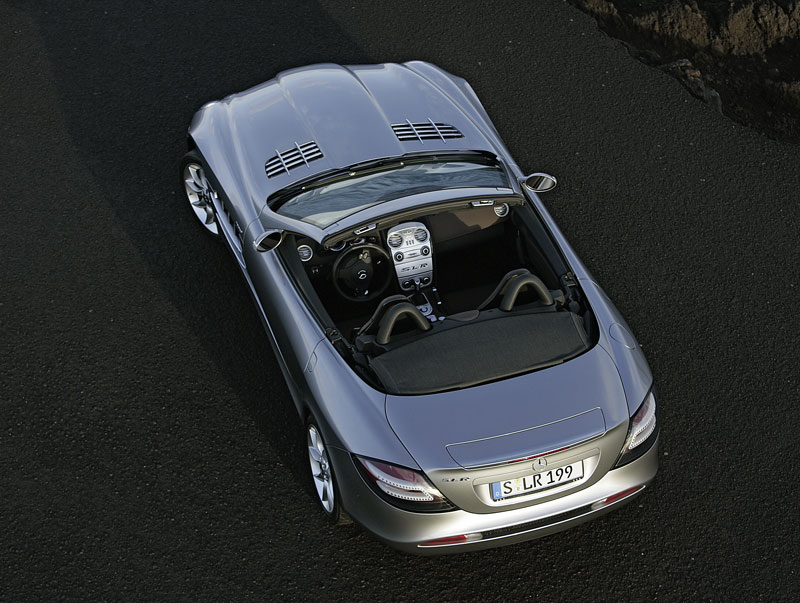 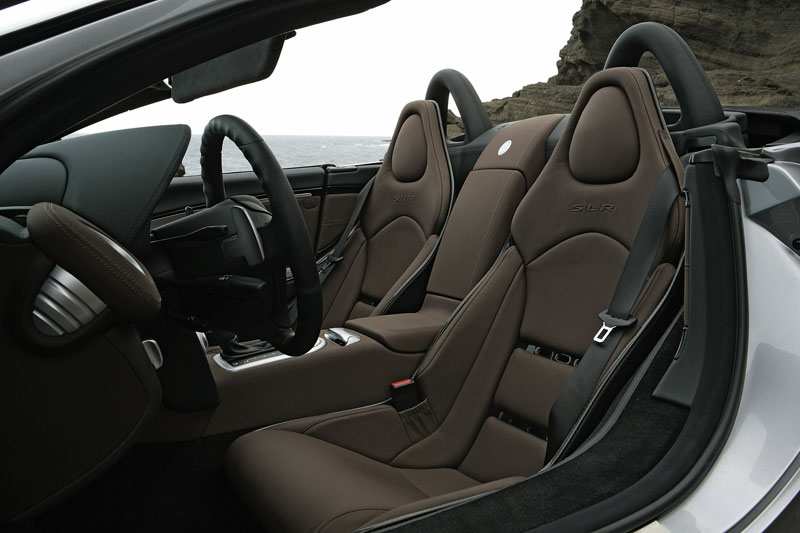 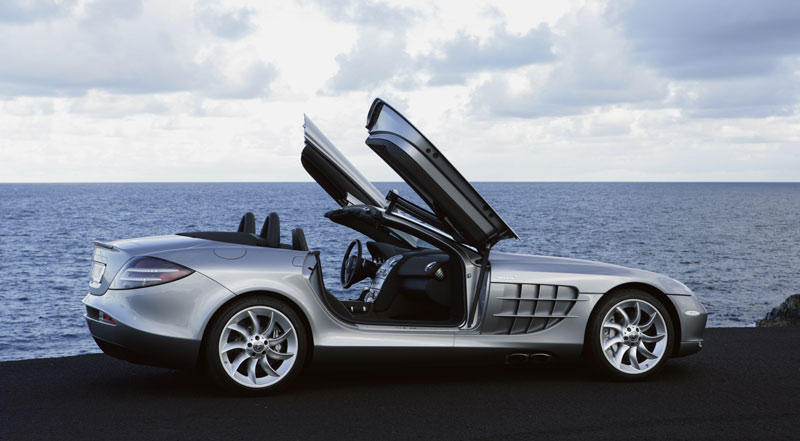