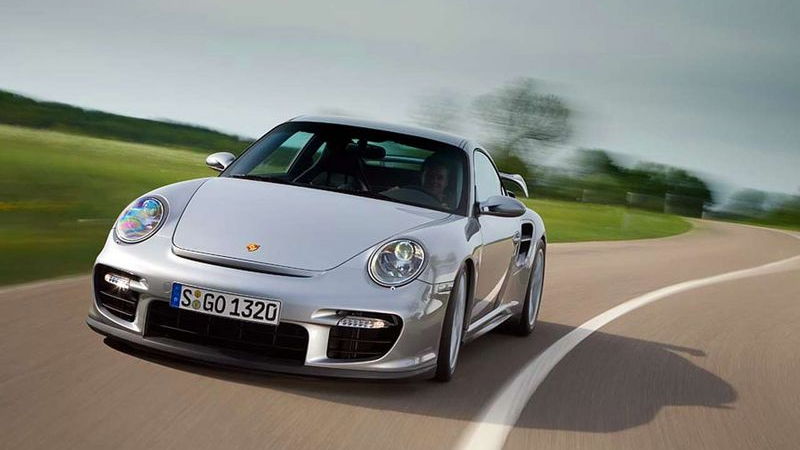 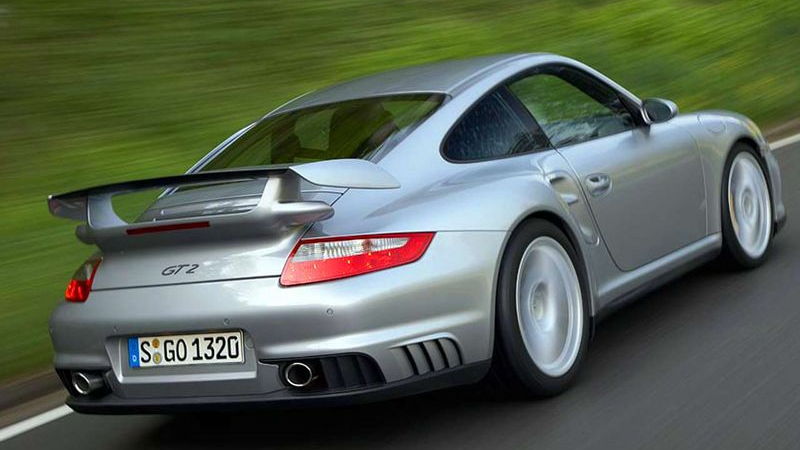 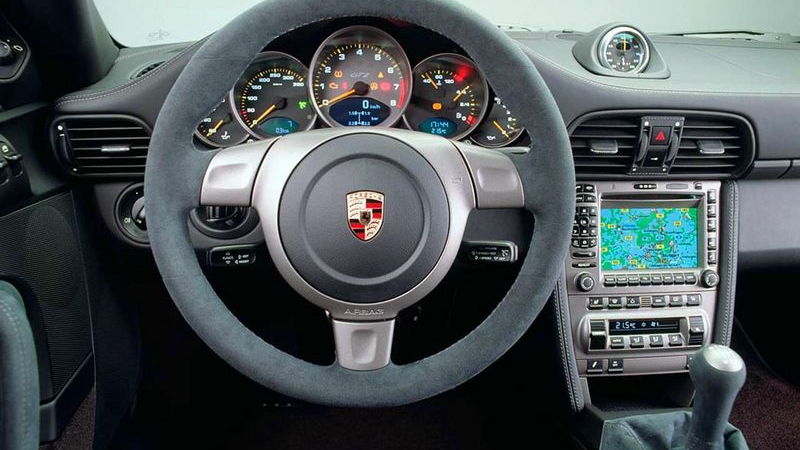 4
photos
Quickly following the leak of the official brochure for Porsche’s upcoming 911 GT2 yesterday, new official images have emerged ahead of the super-coupe’s unveiling at September’s Frankfurt Auto Show.

Official output figures for its twin-turbo 3.6L flat-six stand at 530hp at 6,500rpm and 505lb.-ft. (693Nm) of torque from as low as 2,200rpm and held steady all the way to 4,500rpm. The jump in power over the regular Turbo model on which the GT2 is based comes from the increased boost pressure supplied by the twin Variable-Turbine-Geometry blowers.

Drive is sent to the rear wheels via a six-speed manual as standard but there’s no word if Porsche’s new dual-clutch gearbox will be available. Top speed is a claimed 204mph, and acceleration to 60mph from rest takes just 3.6 seconds with 100mph passing in just 7.4 seconds.

New features include specific 19in GT2 wheels, carbon-ceramic brakes, and a three-stage ‘PASM’ traction control system, where stage one removes stability control, stage two turns off traction control and the third stage leaves you to your own devices.