Audi’s new A5 Coupe is yet to go on sale in many markets but that hasn’t stopped several renderings previewing the convertible version from surfacing. This new rendering gives us another look at the car’s styling ahead of its launch in roughly twelve months time. The A5 Cabriolet is scheduled to enter production alongside its hardtop cousin at a plant in Neckarsulm, Germany, where it’s expected to replace the current A4 convertible in Audi’s lineup.

Unlike its 3-series rival from BMW, Audi will likely employ a lightweight canvas roof for its new convertible that will save both on costs as well as storage. Expect the car to be powered by the same engines as found in the coupe, which means the latest FSI and TDI engines, with output ranging from 168 to 262hp (125 to 195kW). These will be followed by V8 performance derivatives including convertible versions of the S5 and upcoming RS5. The cars will be offered with either a six-speed manual or CVT but a new DSG option should be available for some of the less powerful models by the time the Cabrio arrives.

Audi has several new droptop models in the pipeline. Following the release of the new A5 Cabrio, Audi is expected to launch a new R8 Spider with a detachable roof as well as an all-new four-door A7 convertible in late 2009.

Images after the jump. 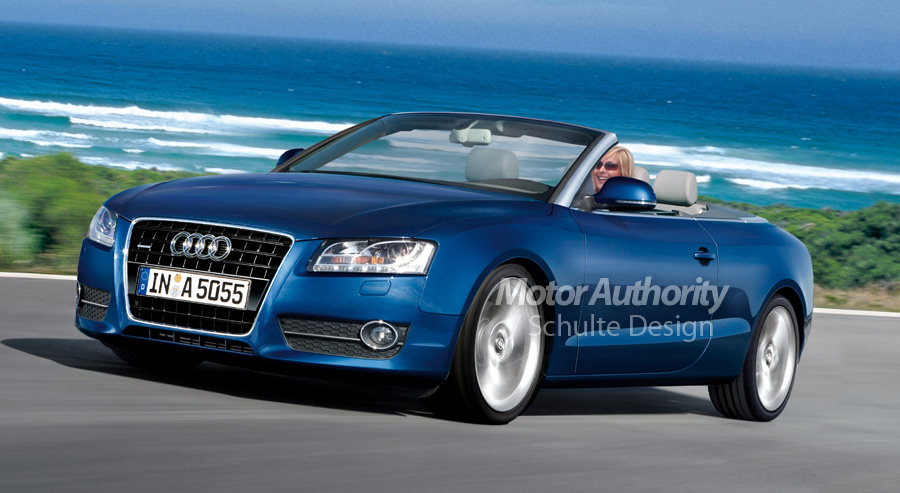 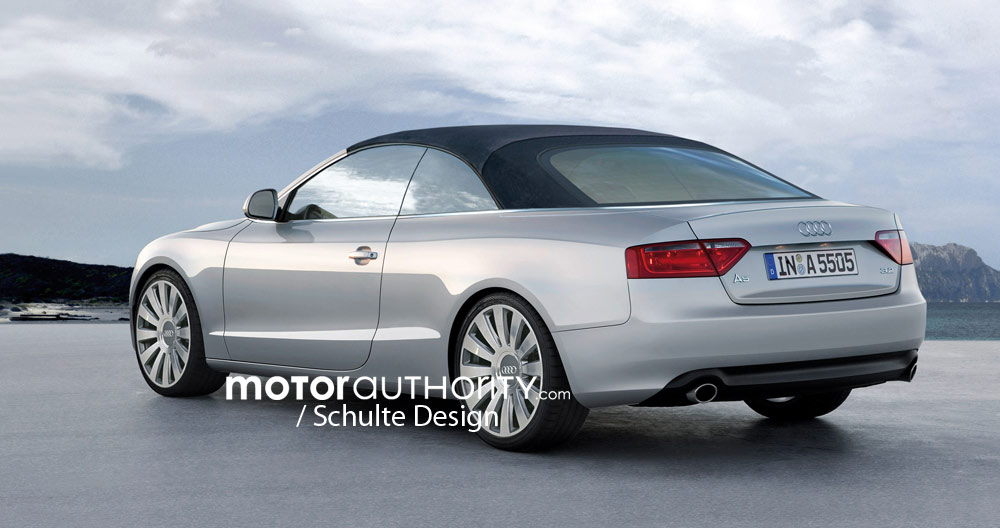