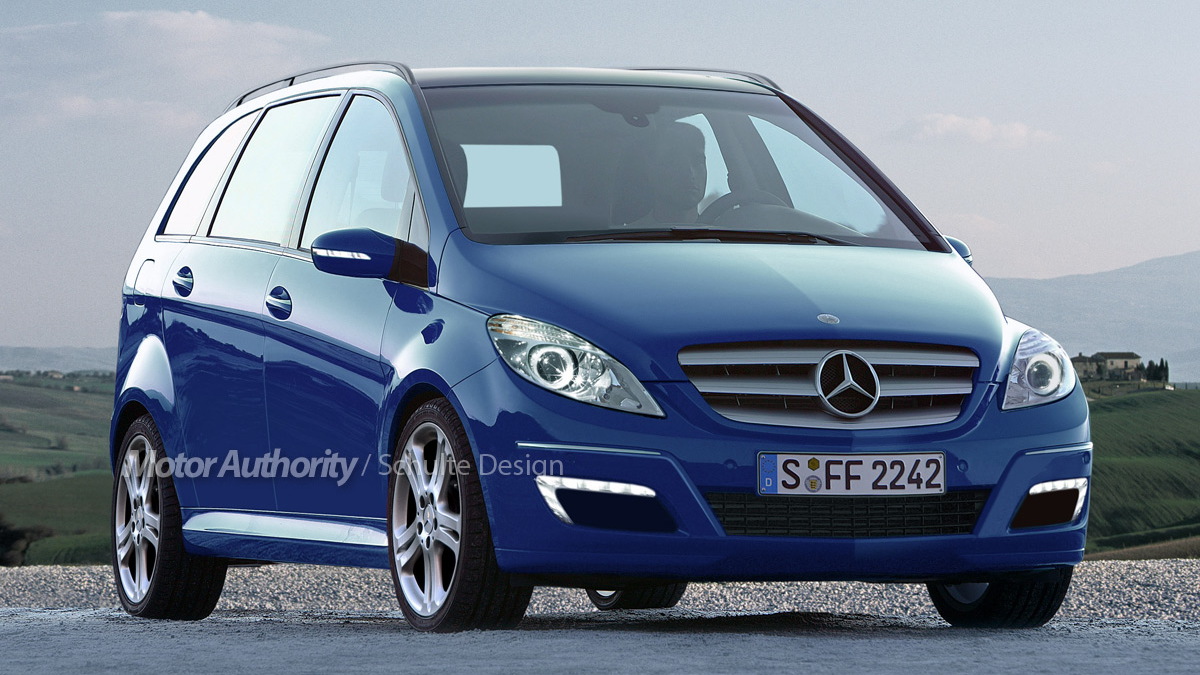 2
photos
The current B-Class has enjoyed reasonable success in most of the markets it has been launched in, selling over 120,000 units in its first year alone, but the next-gen model due in 2011 is expected to sell in even higher volumes and will be sold in the U.S. for the first time. To increase sales, there are rumors that developers are planning to expand the range by adding two new variants in addition to the regular MPV, a new coupe-cabrio and a sporty hatchback to rival BMW's 1-series range.

The only model confirmed for production, however, is the MPV model pictured in this artist’s rendition. Compiled using information from a source close to the project, the rendering shows designers will be keeping the shape of the current version but add a similar grille and front fascia to the design used on the C-Class.

Previous claims that engineers might use the RWD C-Class platform for the new model were told to be false by Mercedes’ U.S. Chief Ernst Lieb, who said such a move would make it too expensive and would cost it interior space as well. Instead, Mercedes could form a three-way partnership with BMW and PSA/Peugeot-Citroen to develop a new platform and powertrain to help spread investment. Expect to see a range of small displacement turbo engines and new hybrid variants. There's also a rumor going that the B-Class may eventually debut Mercedes' fuel-cell technology.