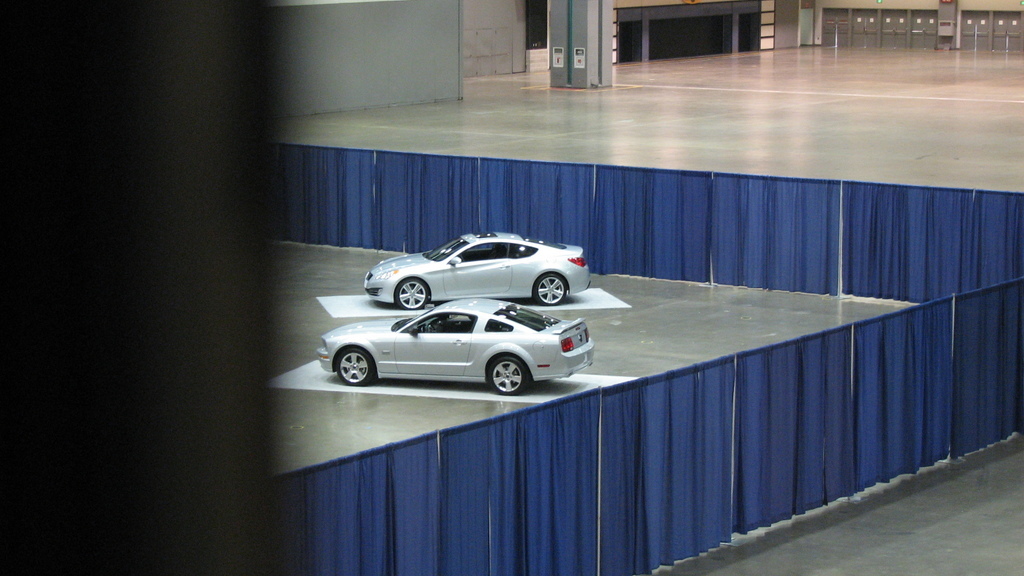 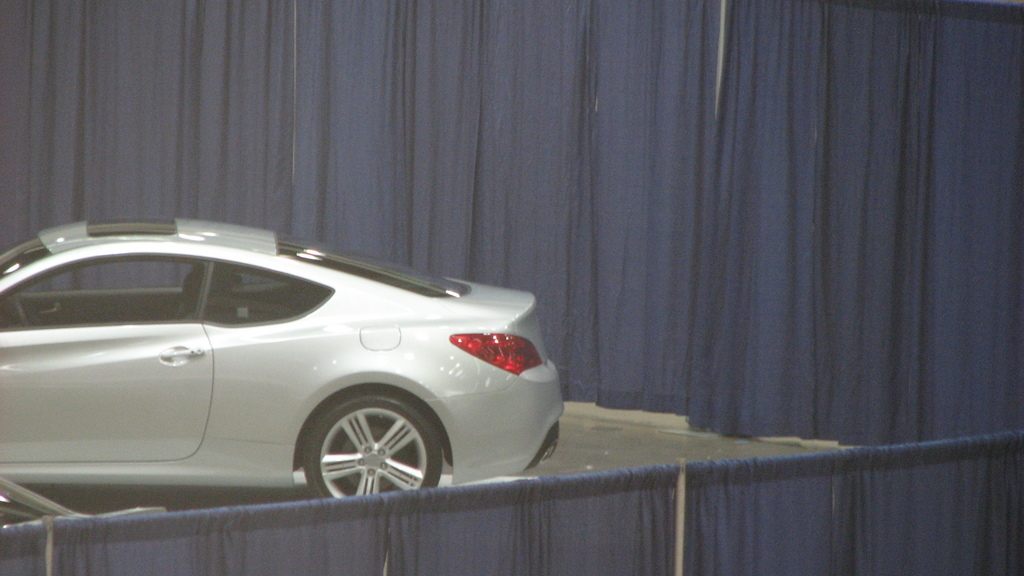 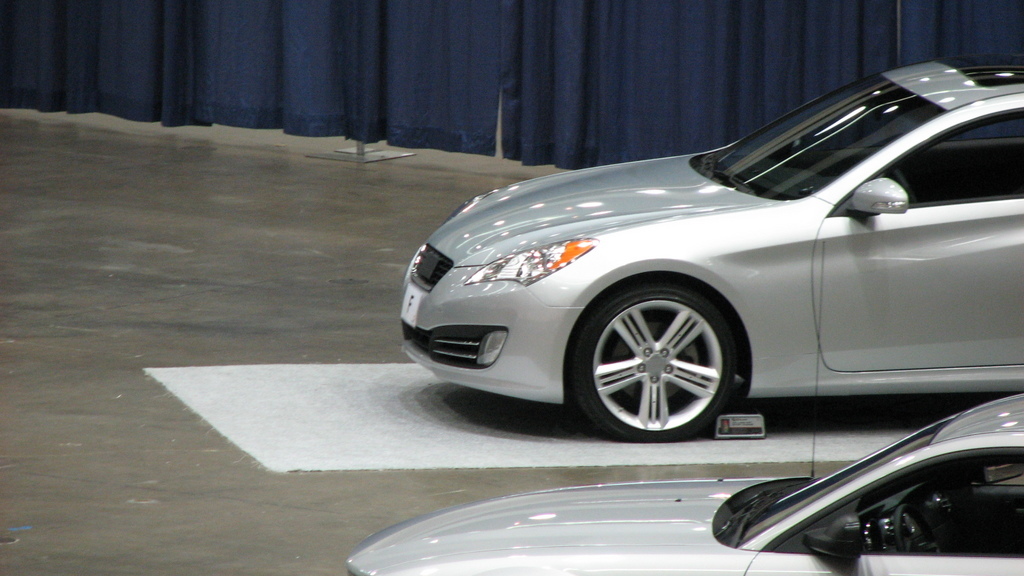 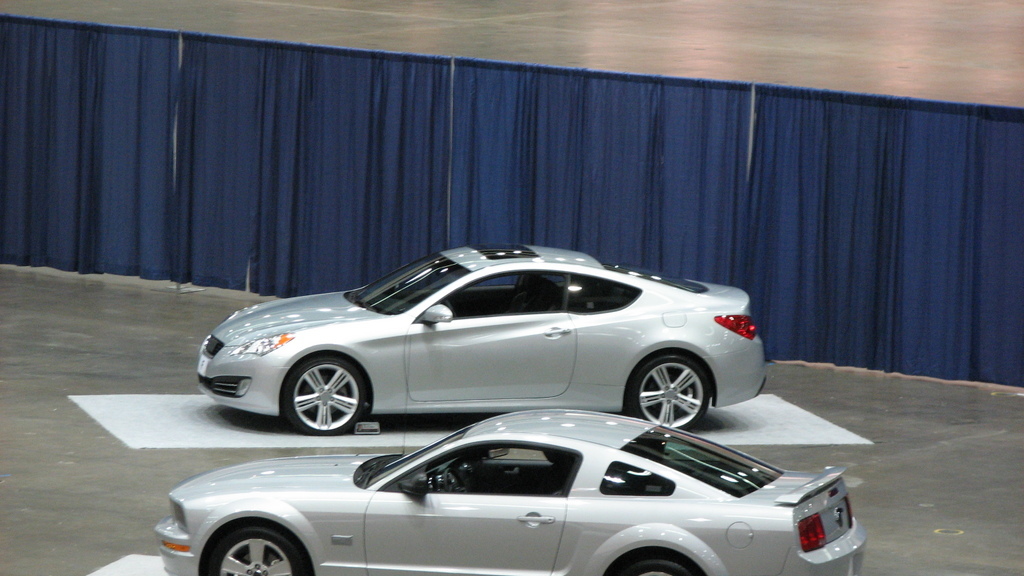 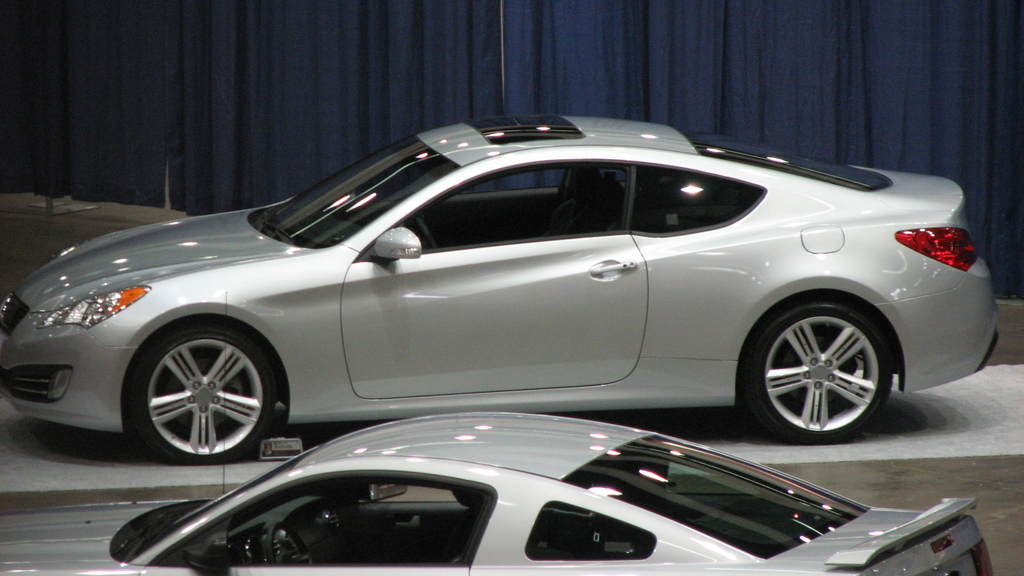 7
photos
Hyundai’s new Genesis coupe has been caught uncovered at a market research event sitting next to its toughest competitor, the Ford Mustang. The car was photographed by someone at the event, however nobody has claimed responsibility for the pictures, which turned up on an online forum. The final production version is expected to debut late next year as a 2009 model but a near-production concept version will be unveiled at next month’s Los Angeles Auto Show.

The new car will replace the current FWD Tiburon coupe but will feature a much more powerful V6 engine and possibly the new ‘Tau’ V8 powerplant for a flagship model. Rumors suggest a 2.0L Turbo engine with 215hp and 217ft.lb of torque will get an incredibly good price of $19,900, while a 3.8L V6 with 300hp and 280ft.lb would be priced higher at $25,990. It’s also suggested the car would get a limited slip diff and optional Brembo brakes.

As you can tell from the aggressive styling, Hyundai is clearly looking to succeed with this coupe where the Tiburon could not. As a company looking to move up in the world, Hyundai is doing a great job styling its new products such as this and the upcoming large Genesis sedan. It’s still likely, however, that Hyundai will use a different badge for the new coupe, just as it did with the Tiburon.