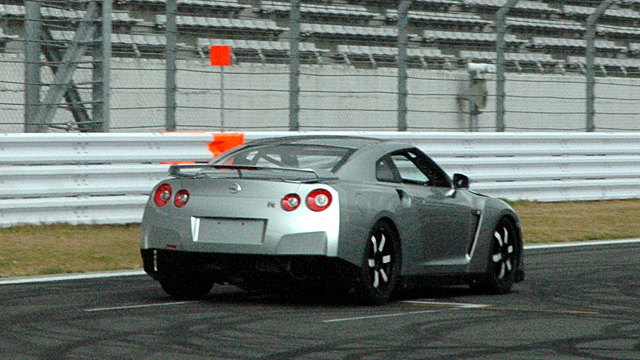 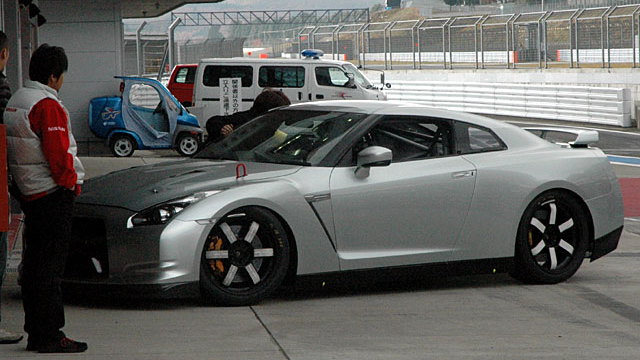 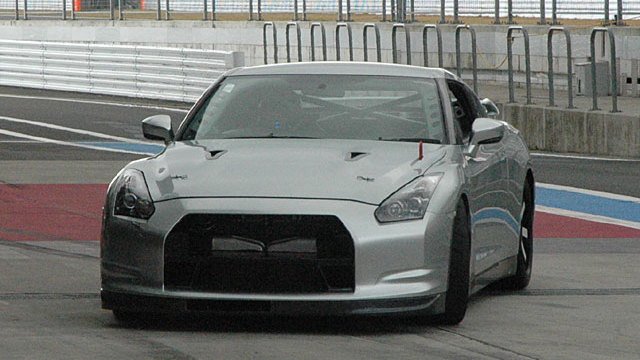 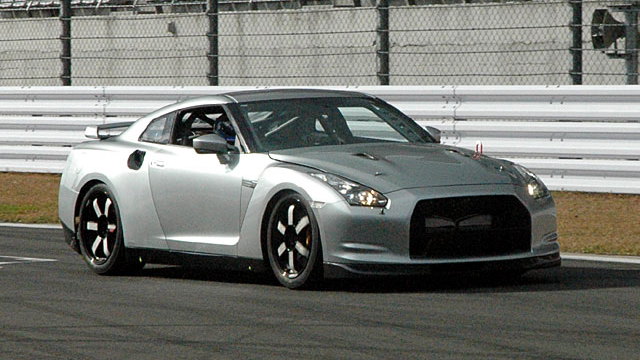 5
photos
Just when you think there’s nothing more to see or read about Nissan’s GT-R super-coupe, images of a mysterious prototype start to crop up on the internet. These latest shots depict car with several features you won’t find on the standard model, leading us to believe this is either a new Group N version of the latest model or possibly the upcoming V-Spec model due to hit the streets in 2009.

There were Group A race versions of the previous model GT-Rs, which were basically stripped out versions of the regular production models but with several racing modifications. The previous V-spec cars, meanwhile, were developed to denote the GT-R’s racing success and included some serious performance enhancements as well.

There are several key details in these images, which turned up on GTR-World, revealing this is no run of the mill GT-R. Some of the elements the prototype features include a tow hook and pins protruding through the bonnet, a lowered ride height, race-spec alloys and tires, a modified front bumper (missing center grille possibly for improved airflow), full roll cage, a new air scoop in the front spoiler, a race-style refueling port and an air-jack adapter positioned below the right headlight.

While the GT-R is comparable with the Porsche 911 Turbo, the new V-Spec will follow the lines of the 911 GT3 in that it will be a bare bones version of the standard coupe and designed for the track but still road legal.