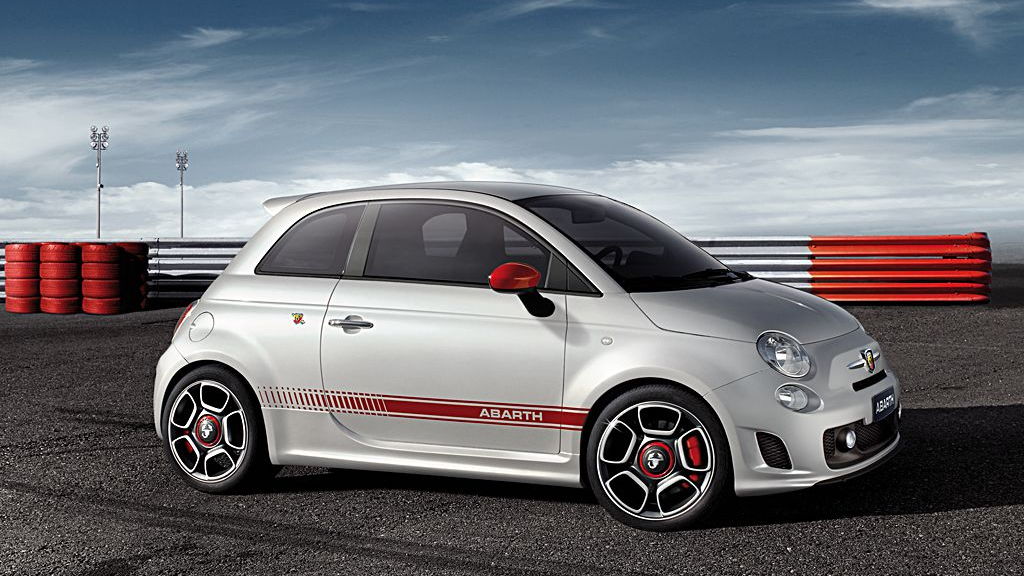 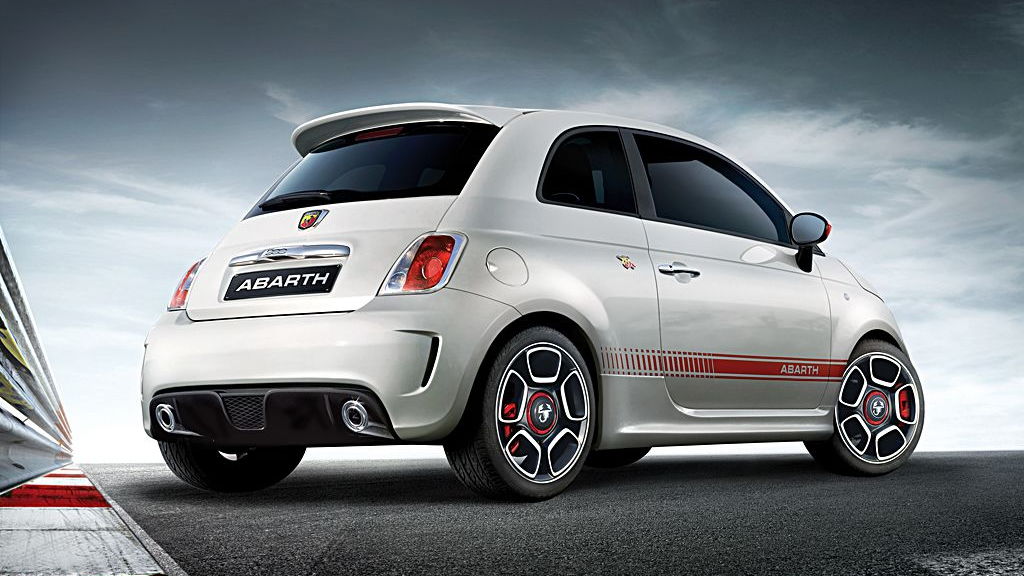 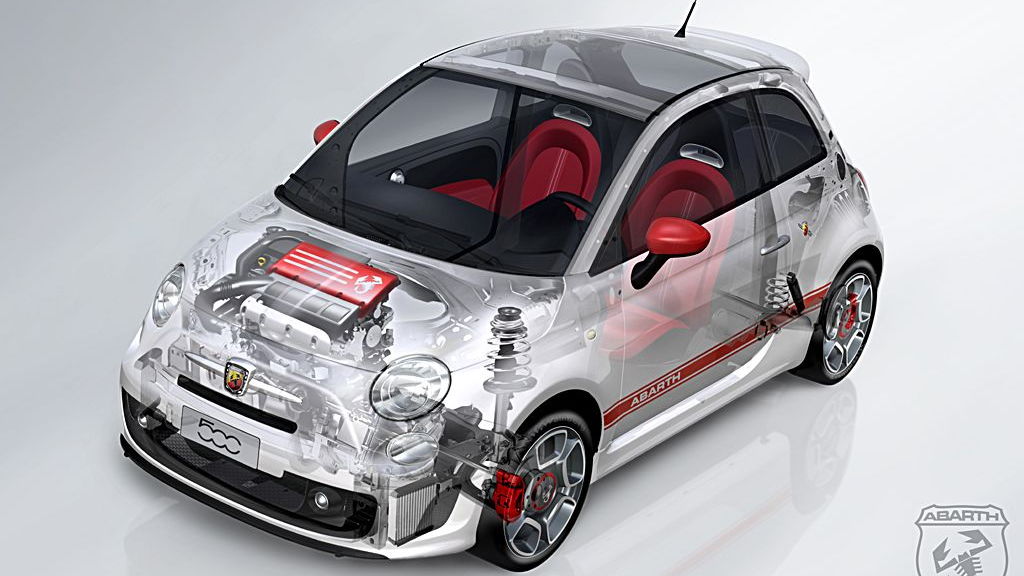 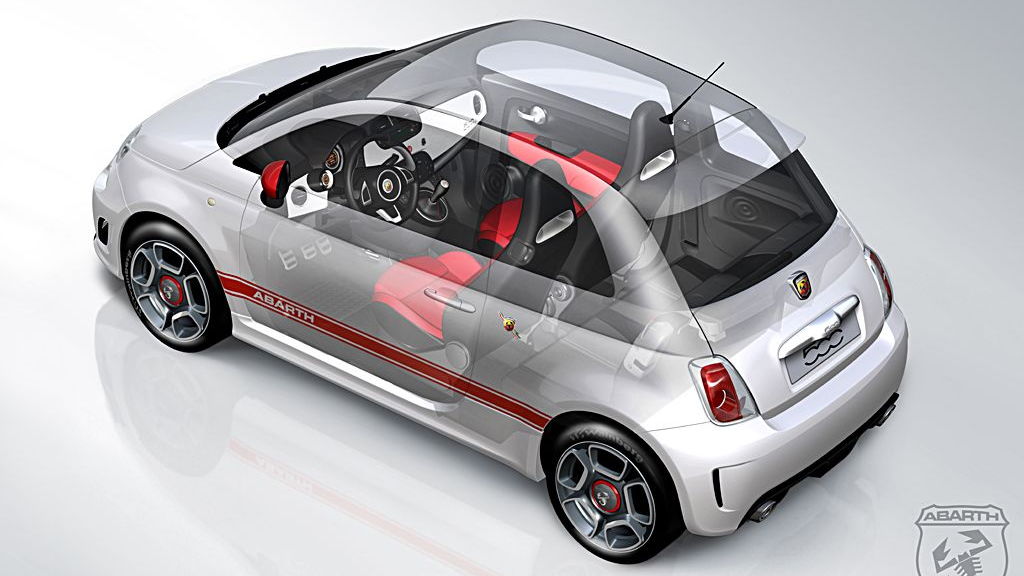 5
photos
Fiat first displayed its rejuvenated Abarth brand at last year’s Geneva Motor Show with the unveiling of the Grande Punto Abarth S2000 racer concept. It quickly followed this up with another concept, the Punto Abarth SS (Super Sport) at the Frankfurt Motor Show that same year, and now we have the next installment of the rebirth of the Abarth brand with the reveal of the all-new Fiat 500 Abarth.

The new hot-hatch will be making its debut at next month’s Geneva Motor Show and will be joined further down the track by the larger Fiat Grande Punto Abarth model. To differentiate the performance Abarth 500, the new car comes with a sporty bodykit with larger air intakes, side skirts, a rear diffuser, pumped fenders, Abarth decals and new alloys plus the famed scorpion logo on the grille. Up back is an integrated rear diffuser and dual exhaust tips finished in chrome. The interior continues the sporty theme with new bucket seats, alloy pedals and leather trim.

Power will come from Fiat Group’s turbocharged T-Jet petrol engine, developing a peak 135hp at 5,500rpm and 180Nm of torque at 2,500rpm. When pressed, a new sports button on the dash boosts torque to 206Nm at a higher 3,000rpm. A new EsseEsse model with 160hp under the hood will also join the lineup in November.

All Abarth models also benefit from an upgraded handling pack, with larger wheels and stiffer suspension to improve dynamics. A new traction control system called Torque Control Transfer or TTC for short will also be available. The new system will be able to split some of the engine’s torque between the front wheels and works in a similar fashion to Alfa Romeo’s Q2 system.

The return of the Abarth brand continues to bring new challenges. The ‘Scorpion’ philosophy, which is conveyed in all the brand’s activities with passion and tradition, continues to excite sports car lovers everywhere.

As envisaged by the plans to revive the brand, the Abarth & C. Spa company has set up new premises in the Mirafiori complex in Turin, bringing together the manufacturing, design and management functions for the whole company, as well as the staff of the Racing Team who were formerly housed in the historical plant in the nearby town of Chivasso. This fully-fledged industrial structure was put up in record time, just eight months, and stands in an area of more than 23,000 square metres, where all the brand’s activities are concentrated. It employs more than 100 people.

The inaugural ceremony is also an excellent opportunity to present the 2008 season of the Abarth Racing Team. After the brilliant results achieved in last year’s rally season, which marked the Scorpion’s official return to the racing world, the team will tackle 2008 with the same guts and determination; it will start with the Intercontinental Rally Challenge, which will be contested by two official Grande Punto Abarth S2000s, driven by Giandomenico Basso and Anton Alen, with the support of its main sponsor Selenia and with the collaboration of Sabelt. And the Grande Punto Abarth S2000 will also compete in the Italian Rally Championship, sponsored by Metis and Api-IP, with two cars driven by Andrea Navarra and Renato Travaglia. Finally, Umberto Scandola is a pilot from the Abarth Team that will carry out development tests as well as several prestigious international competions.

An Abarth Trophy will also be contested this year, maintaining a tradition begun in 1977: the Grande Punto API-IP ORO DIESEL Trophy is a championship reserved for the Fiat Grande Punto R3D which is now in its second edition (the pilot Alessio Pisi won the first edition).

From racing to our everyday roads, but always with a sporty approach. This is the goal behind the debut of the long-awaited ‘500 Abarth’, announced for the coming Geneva International Motor Show. The new car was developed by the Fiat Group Automobiles Style Centre in the spirit of the legendary Fiat 500 Abarth of the 1960s, and will be marketed from July through the exclusive Abarth network.

With a strong sporty personality, the new car will be powered by a Fire 1.4 16v petrol Turbo engine, which delivers a maximum of 135 bhp (99 kW) at 5,500 rpm and peak torque of 206 Nm at 3,000 rpm in ‘Sport’ mode (in ‘Normal’ mode, torque is reduced to 180 Nm at 2,500 rpm). This brilliant, smooth new engine is also a friend of the environment: like the regular Fiat model it is derived from, the new Abarth will respect future Euro 5 legislation.

Another interesting feature of the 500 Abarth is the fact that it adopts the new TTC (Torque Transfer Control) system, which improves the transfer of drive torque to the wheels, but, above all, ensures that the car behaves impeccably on bends, making it safer and more entertaining even with a sporty driving style. In other words, it is faithful to the phrase coined for the Abarths of the 1960s ‘small but wicked’.

While the 500 Abarth represents the brand’s future, fans today can already enjoy a sporty drive at the wheel of the Grande Punto Abarth, equipped with the 1.4 Turbo petrol engine that delivers 155 bhp at 5500 rpm combined with a 6-speed mechanical gearbox, which has a top speed of 208 km/h and accelerates from 0 to 100 km/h in just 8.2 seconds. An Open Day in April will mark the Italian launch of two elaboration kits – ‘Assetto’ and ‘esseesse’ – which will make the Grande Punto Abarth even more aggressive and powerful.