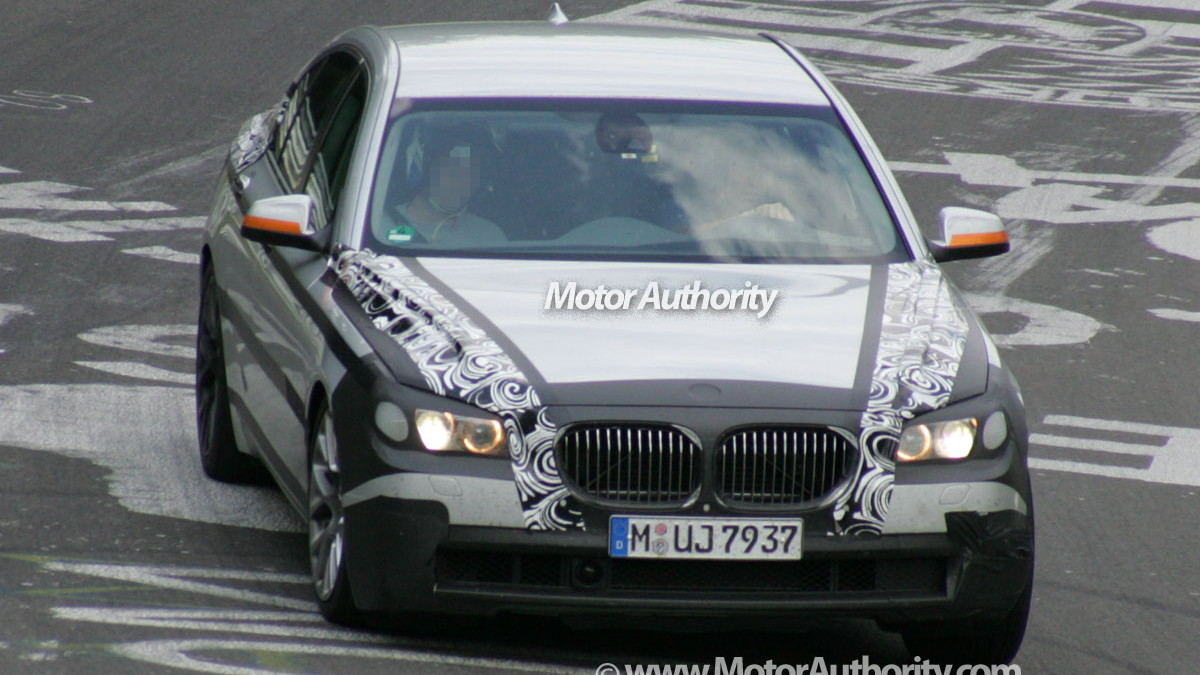 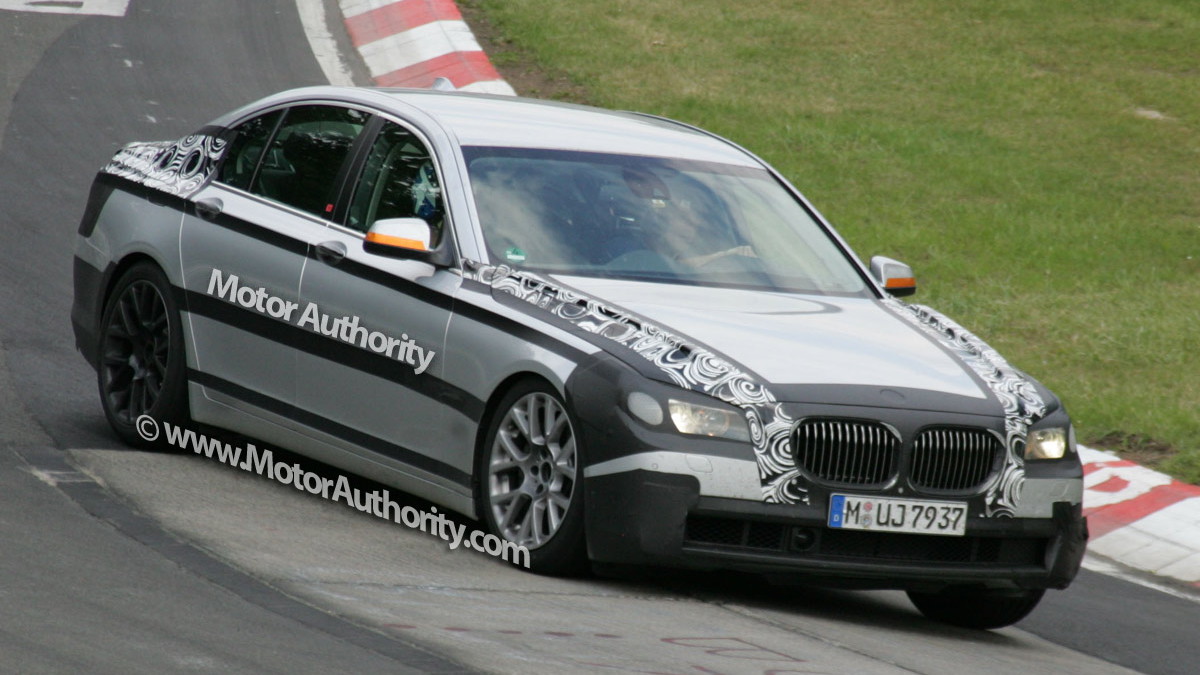 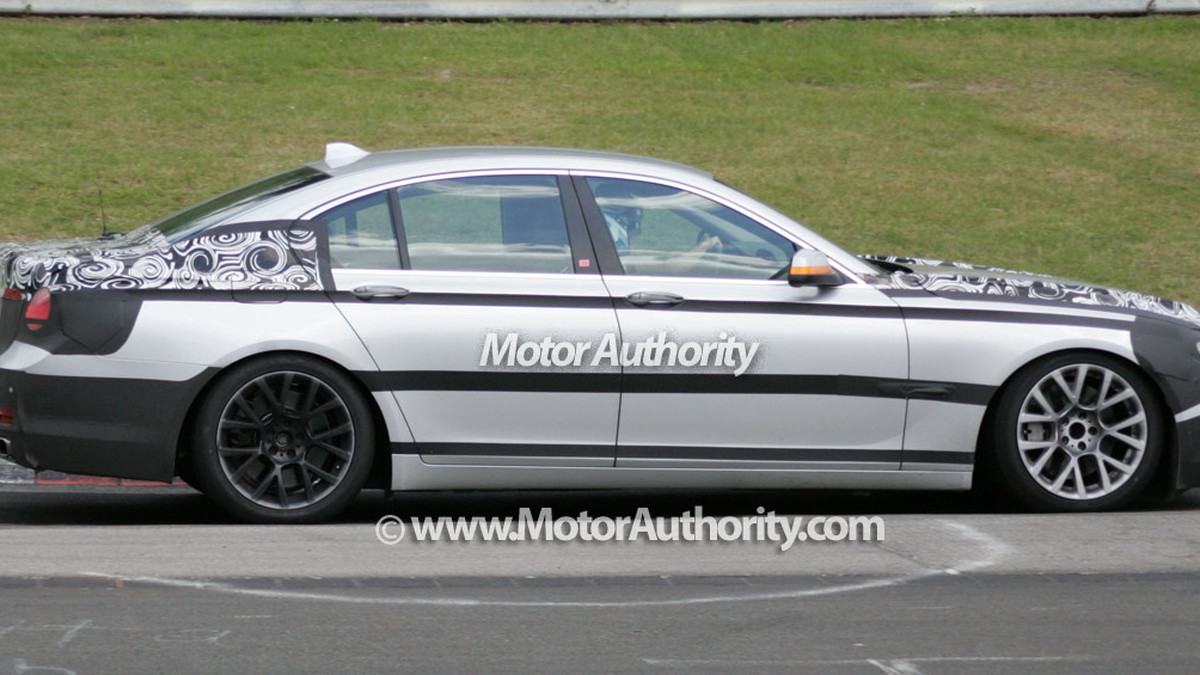 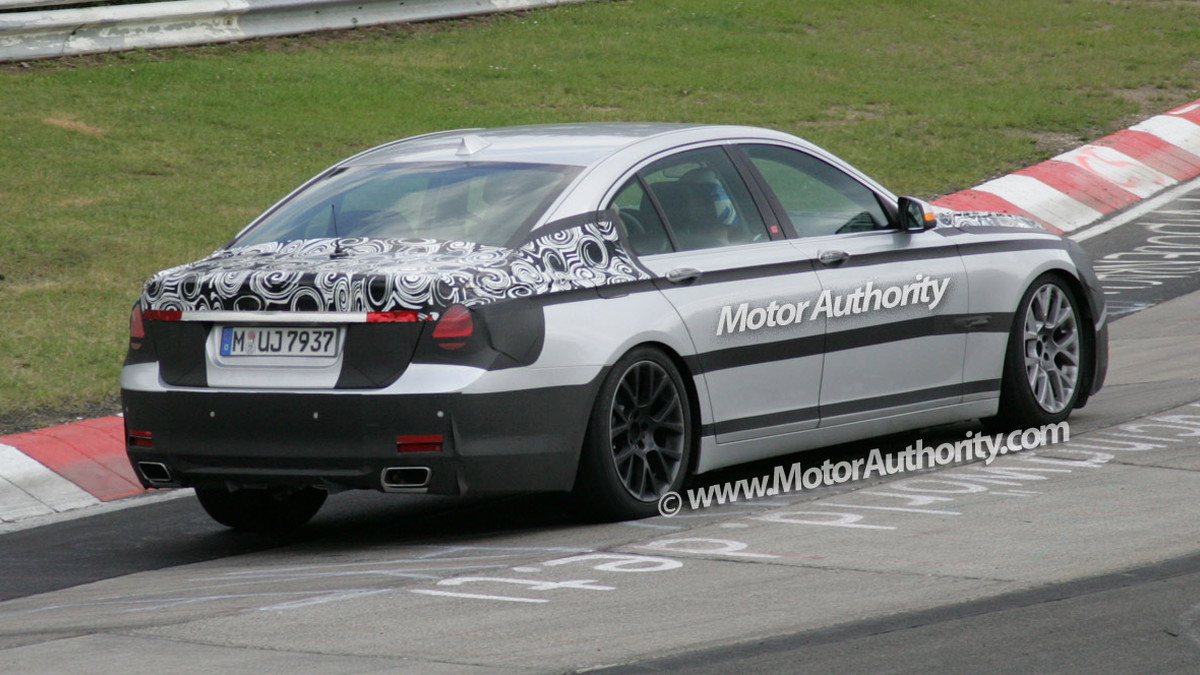 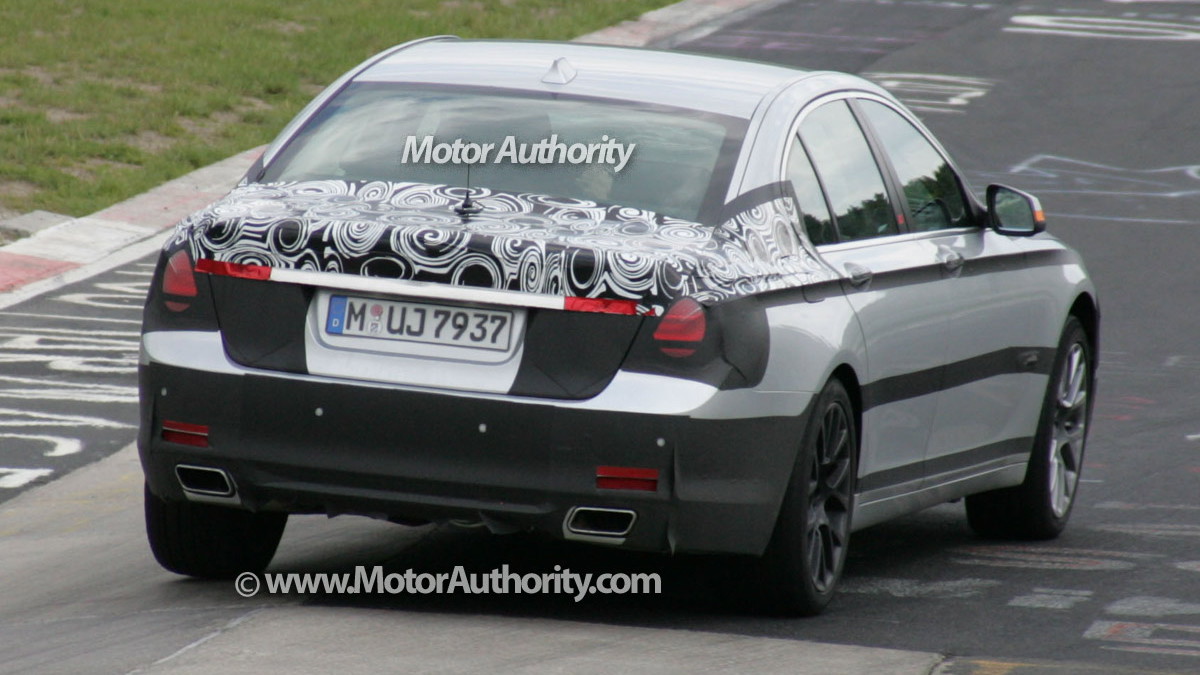 8
photos
Due for introduction later this year as a 2009 model, BMW’s next-generation 7-series saloon has been spotted in recent months undergoing testing on both sides of the Atlantic and we now have some very revealing shots of the car at the Nurburgring. As the images reveal, the styling of the next 7-series will be much more conservative than the current model and it even appears to pick up some elements from the 3-series range.

The car’s body is very smooth and appears to be devoid of any major character lines. The ‘Bangle butt’ bootlid no longer remains and the car’s front end appears much longer than the current 7-series, although the front overhang is relatively short. This design has allowed engineers to push the front axle much farther out, increasing the car’s footprint and thus improving dynamics.

While the exterior changes appear to have been kept to a minimum, there are rumored to be a raft of significant changes underneath the sheet-metal. Noticeable differences are the longer wheelbase and wider track, but there will also be a range of new engine options including a hybrid version. BMW, along with GM and Daimler, has developed a two-mode hybrid system that’s expected to debut in the new 7, and last year a prototype was even spotted entering GM’s Michigan proving grounds.

BMW’s new twin-turbo petrol V8, which debuted in the X6 crossover, will also make an appearance in the 7-series, although a V8 diesel engine has been ruled out. Other new technologies will be a new eight-speed ZF automatic transmission and a torque-splitting differential on the rear axle. Latest safety features include upgraded radar cruise control systems and camera-based lane departure and blind-spot warning systems. There’s also expected to be a new night vision system with pedestrian and speed sign detection features.