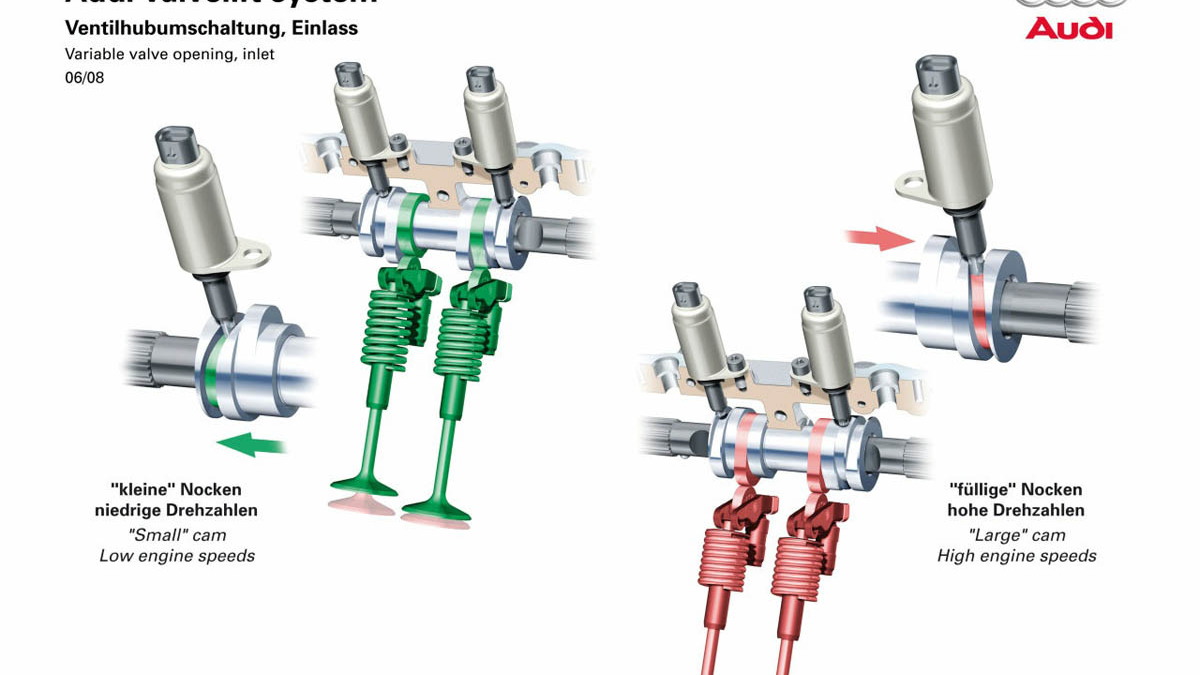 2
photos
Audi will implement a new valve-lift system for its direct-injection 2.8L and 3.2L V6 engines in the A4, A5, A6 and A8 models that’s claimed to boost power and torque while also reducing fuel-consumption. The new valve-lift system works by opening and closing the valves in such a way that the correct charge of air is always drawn into the cylinders.

Based on the existing variable valve timing system which permits the valve opening and closing times to be varied, the Audi valve-lift system goes a step further by varying control of the valve lift and thus influencing the cross-section of the intake duct.

For example, under partial engine load, variable valve lift can be 2mm or 5.7 mm. However, under heavy load conditions the inlet valves can lift completely open to 11mm – ideal for high charge volumes and flow speeds in the combustion chamber. The ability to asymmetrically control valve lift causes the charge air to flow into the combustion chamber spirally and cylindrically, also known as “drumble,” and ensures the correct charge of air is always drawn into the cylinders.

The changeover between the valve lift settings takes place in the range between 700 and 4,000rpm, with the greatest potential for fuel savings coming at a constant speed in the mid-load range. What the driver will notice are the engine’s smooth power build-up and spontaneous throttle response.

The end result is a 7% reduction in fuel-consumption compared to models without the new valve-lift system.