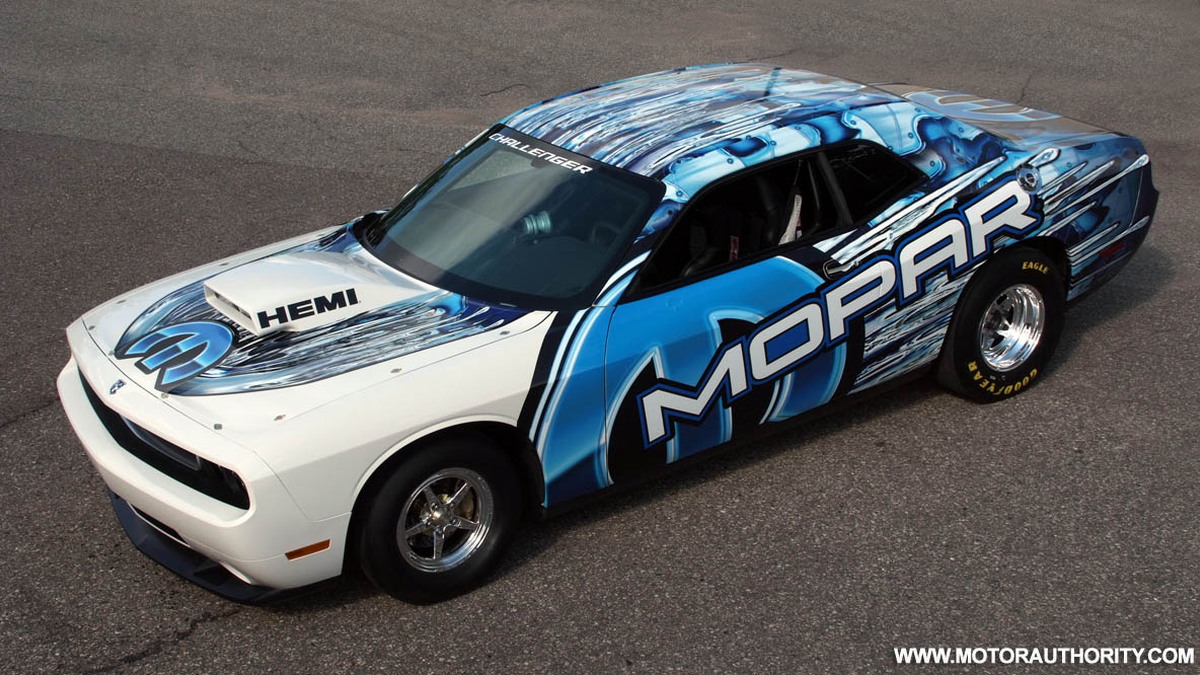 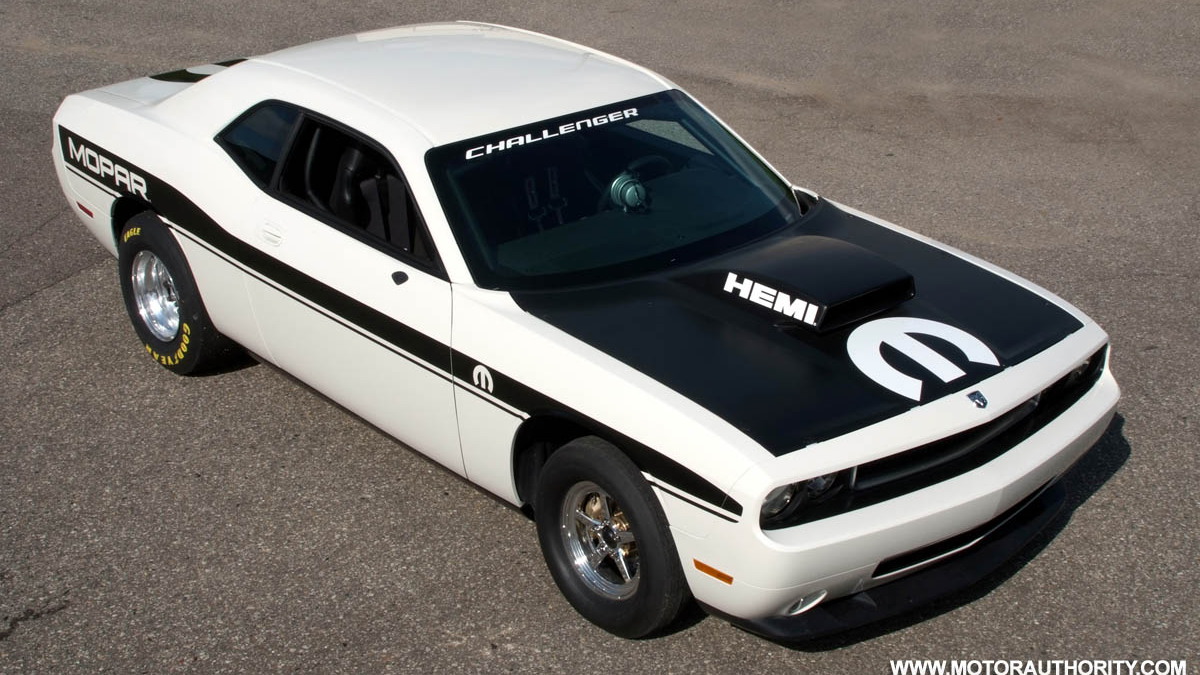 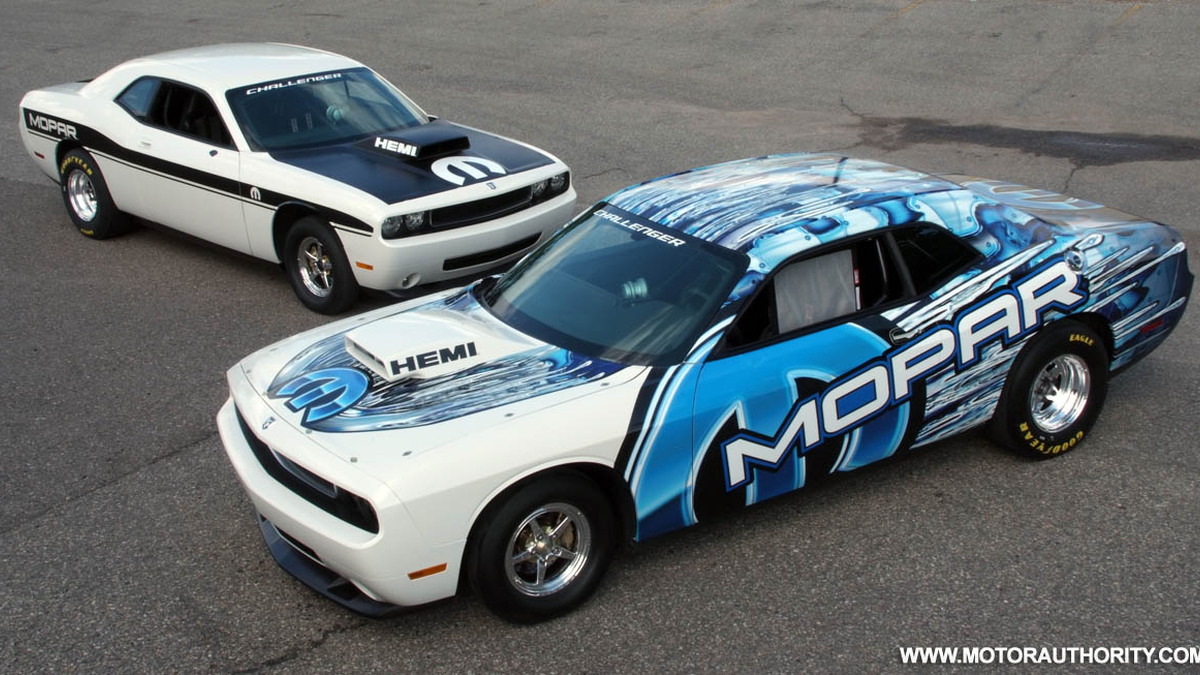 28
photos
Chrysler, together with its in-house parts and services arm Mopar, revealed its new Dodge Challenger Drag Race Package Car over the weekend at the 29th Annual Mopar Mile-High Nationals event at Bandimere Speedway in Morrison, Colorado. The modifications revealed are nothing short of extensive, with even the engine of the new drag-specification cars being repositioned to improve driveline angle and weight distribution.

The 116in wheelbase was shortened by half an inch. The cars also feature a front cradle with bolt-in crossmembers and solid engine mounts.

The Mopar Challengers have three engine options – a 6.1L or 5.7L HEMI or a 5.9L Magnum Wedge, as well as the choice of a manual or automatic transmission. An owner's manual will be provided to document the modifications made to the Challenger SRT8 as well as provide recommendations to finish the Package Car for Stock Eliminator competition. To take advantage of the weight savings, there are unique drag-race components in the Package Car program including: a composite lift-off hood with functional scoop, bucket front seats, polycarbonate door windows, a lightweight cooling module with electric fan, manual rack and pinion steering, a special cable-operated deck lid release, special lightweight front brake assemblies and special cable-operated throttle linkage and pedal assemblies.

Mopar will build a minimum of 100 Challenger Drag Race Package Cars to meet amalgamation requirements for the NHRA. The cars will eventually be eligible to run in three Eliminator categories - Comp, Super Stock and Stock. They will also be potentially eligible for 40 classes.

The Challenger Drag Race Package Car will be available for order in late August to early September and will start from the low to mid $30,000 bracket. Each car will carry an identification plate with sequential serial number.