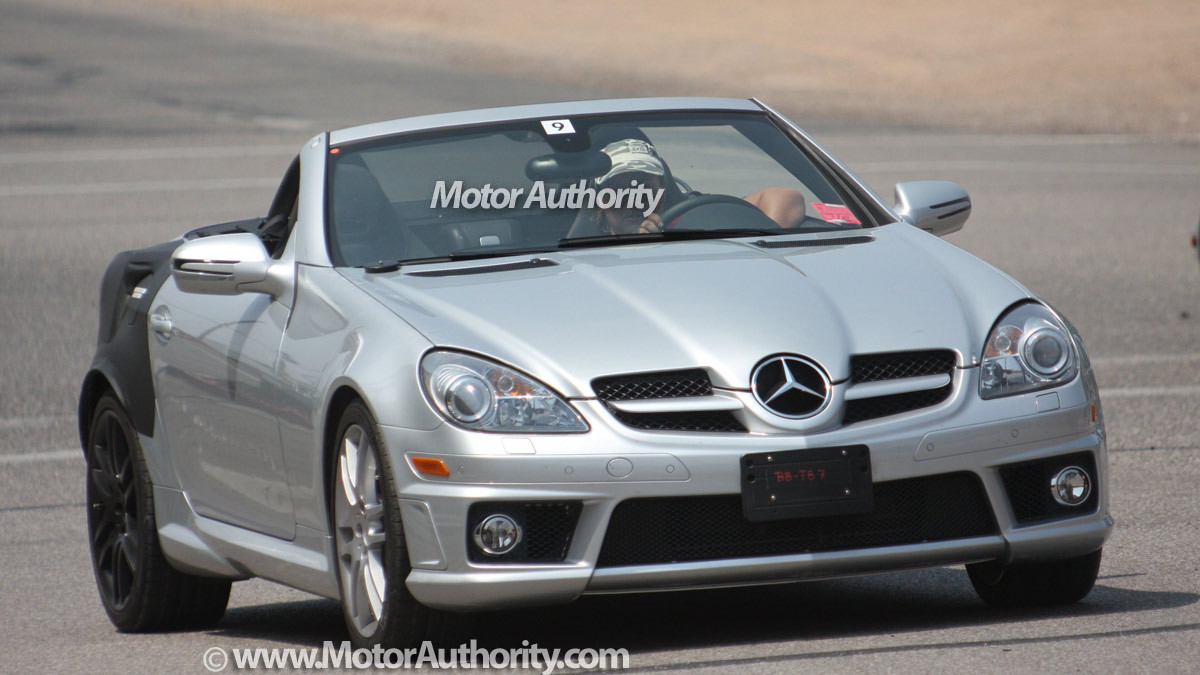 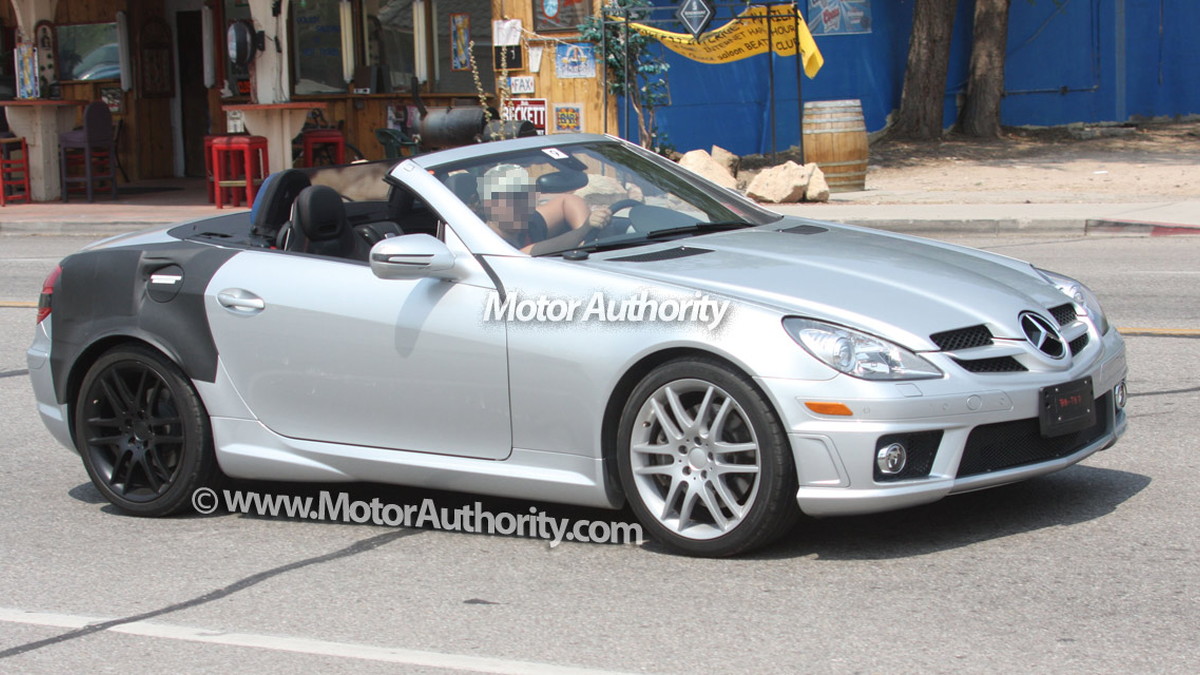 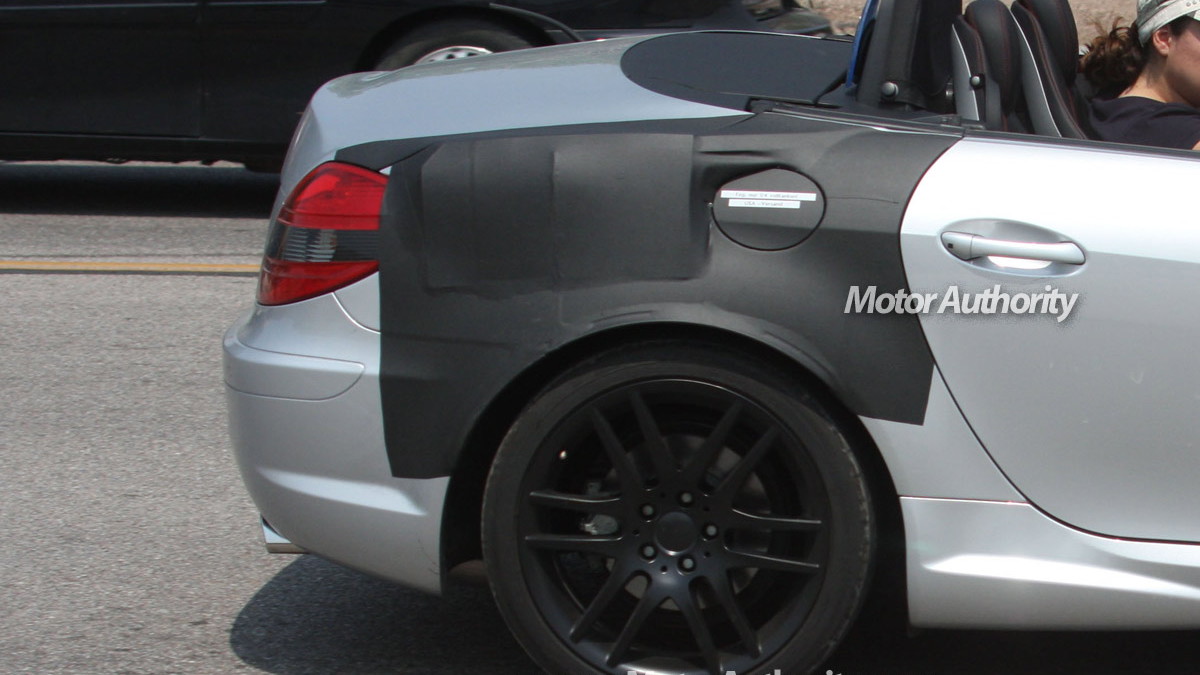 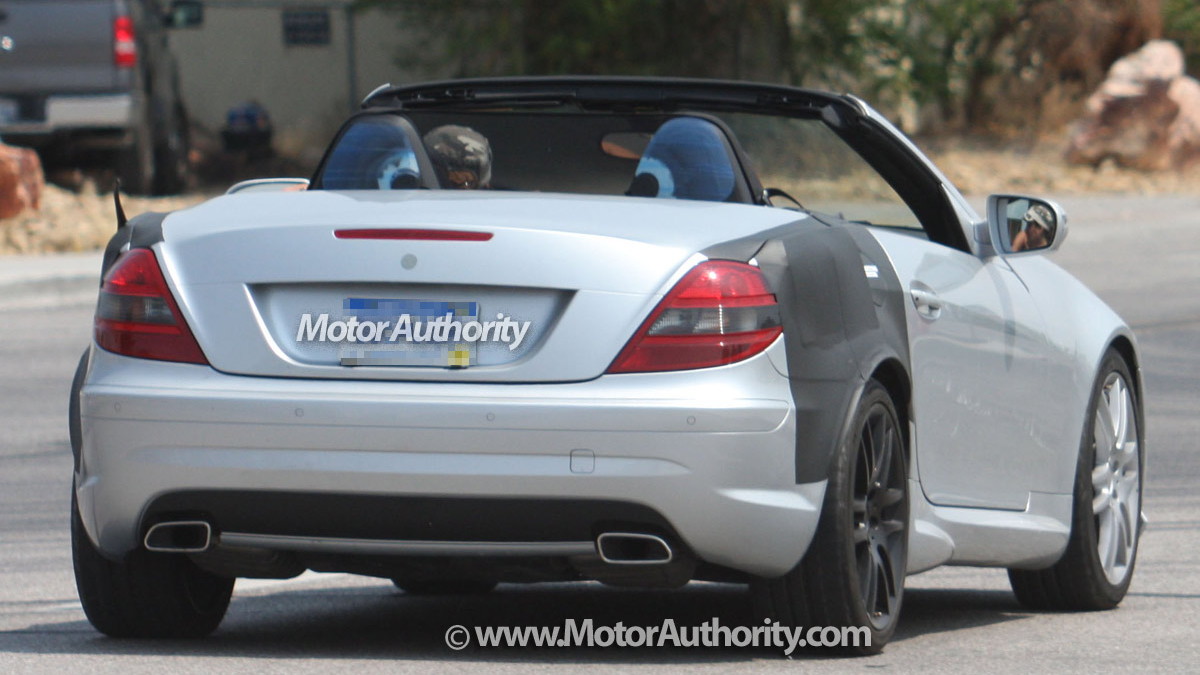 5
photos
Mercedes-Benz first revealed its facelifted SLK range back in December but since then partially camouflaged cars have been spotted testing in both Europe and the U.S., suggesting that several updates are still planned for the car before the arrival of the next-generation model sometime early next decade.

A number of SLK prototypes fitted with panoramic glass sunroofs were spotted undergoing cold-weather testing in Europe back in March, confirming Mercedes is planning to expand its folding glass roof option to the SLK range. In addition to the obvious glass roof, the test cars were also distinguished by a unique rear bootlid.

These latest spy shots show a mysterious SLK with its top down and sporting some camo gear on its rear quarters. The car also features the same unique bootlid markings as the previous spy shots but according to the photographer it appeared as though there were also some solar panels located behind the rear seats.

Whether engineers are testing an advanced fuel-saving measure or not remains to be seen - it could, after all, turn out to be the same electronic tinting film as used on the high-end Maybach, however this has long been considered too expensive to fit on ordinary production models. Whatever it is it looks like Mercedes still has some updates planned for the current SLK range.