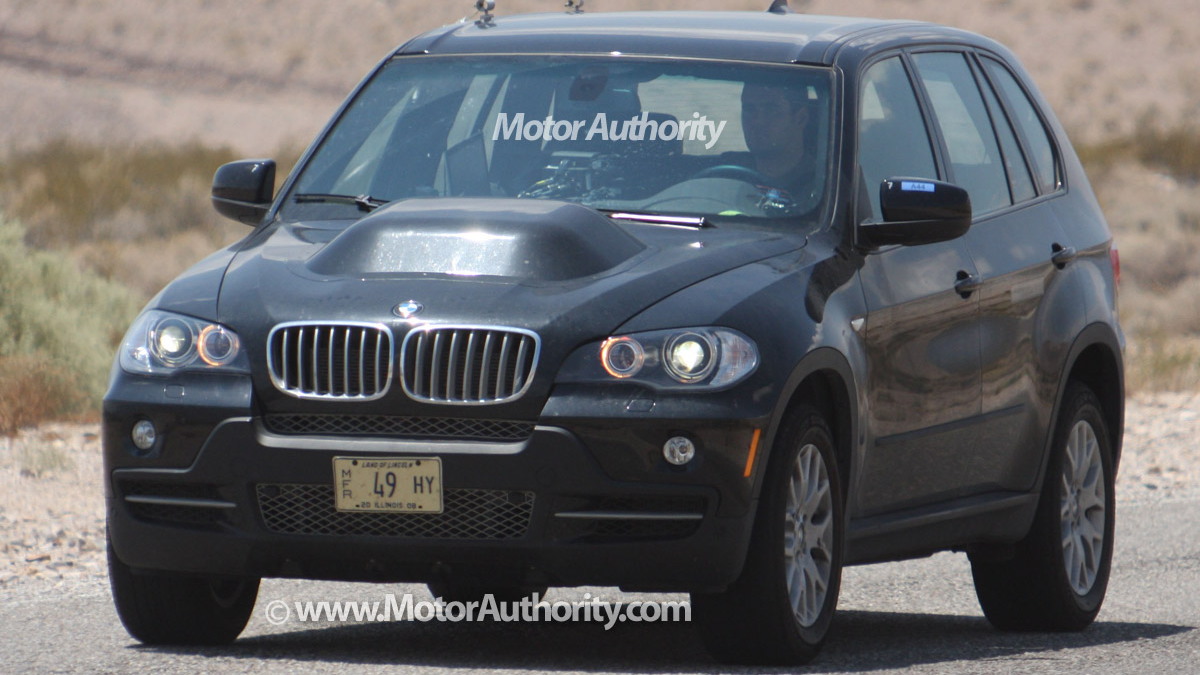 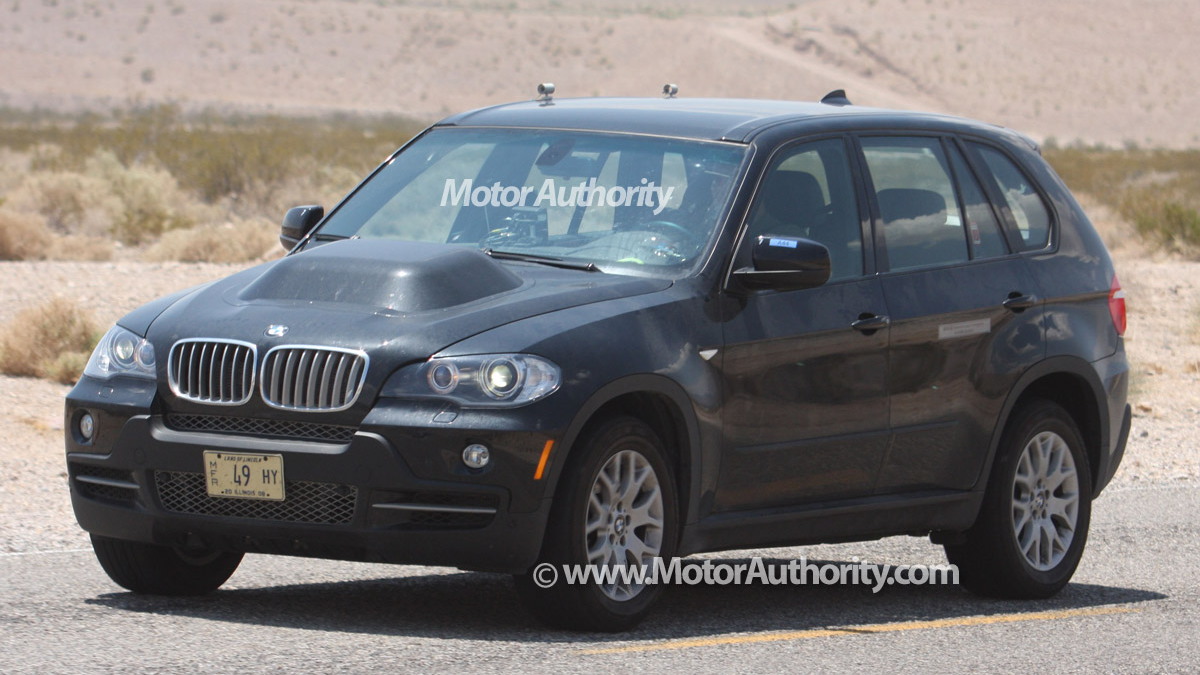 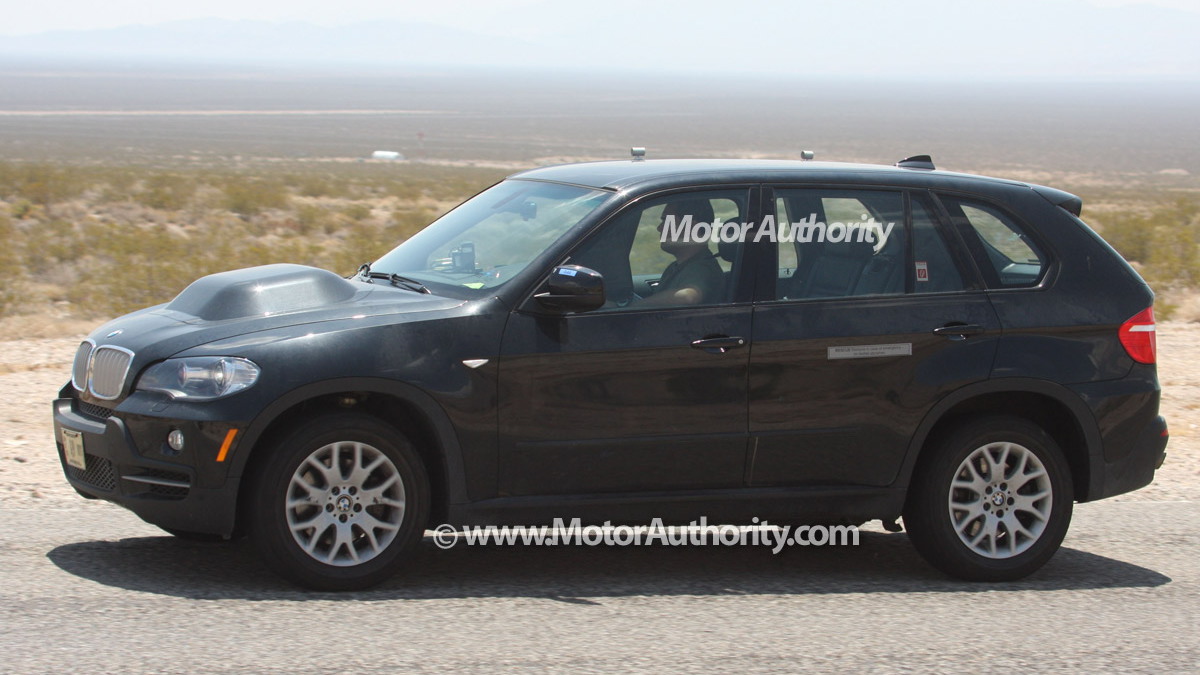 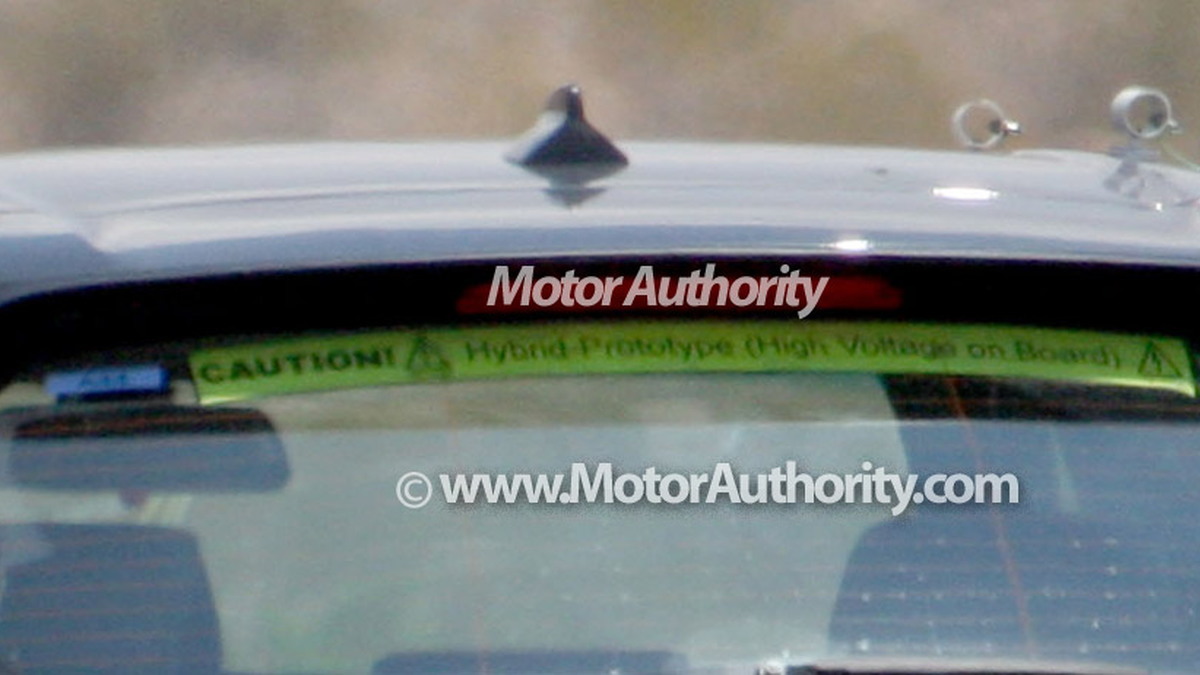 17
photos
Photographers have managed to snap some pictures of BMW's upcoming X5 hybrid, all within days of spotting prototypes of the X6 hybrid in California’s Death Valley. The images depict an X5 with an oversized bulge located on the bonnet, likely to be containing test equipment for the new two-mode hybrid system the car will feature. A similar bump was seen on the previous X6 hybrid prototype but was significantly smaller, signifying that it could be closer to production than its X5 sibling.

The biggest indication that this latest prototype is the new X5 hybrid, however, is a neon green sticker plastered on the rear window warning any other motorists of the car’s high-voltage hybrid system.

The new hybrid will feature BMW’s version of the modular two-mode hybrid system jointly developed with Daimler and General Motors. The system features a pair of electric motors located within the transmission and can provide electric only drive at low speeds or act as a performance booster at high load.

While the hybrid version undertakes testing throughout Death Valley, BMW also has a high-performance variant of the X5 in the works, dubbed the xDrive50i. The high performance X5 will compete against Mercedes' ML series and the Porsche Cayenne in the premium sports SUV segment.

BMW’s new-generation 7-series flagship is expected to debut the new hybrid system late next year or in early 2010, and then it will filter across to more models such as the X6 and X5.