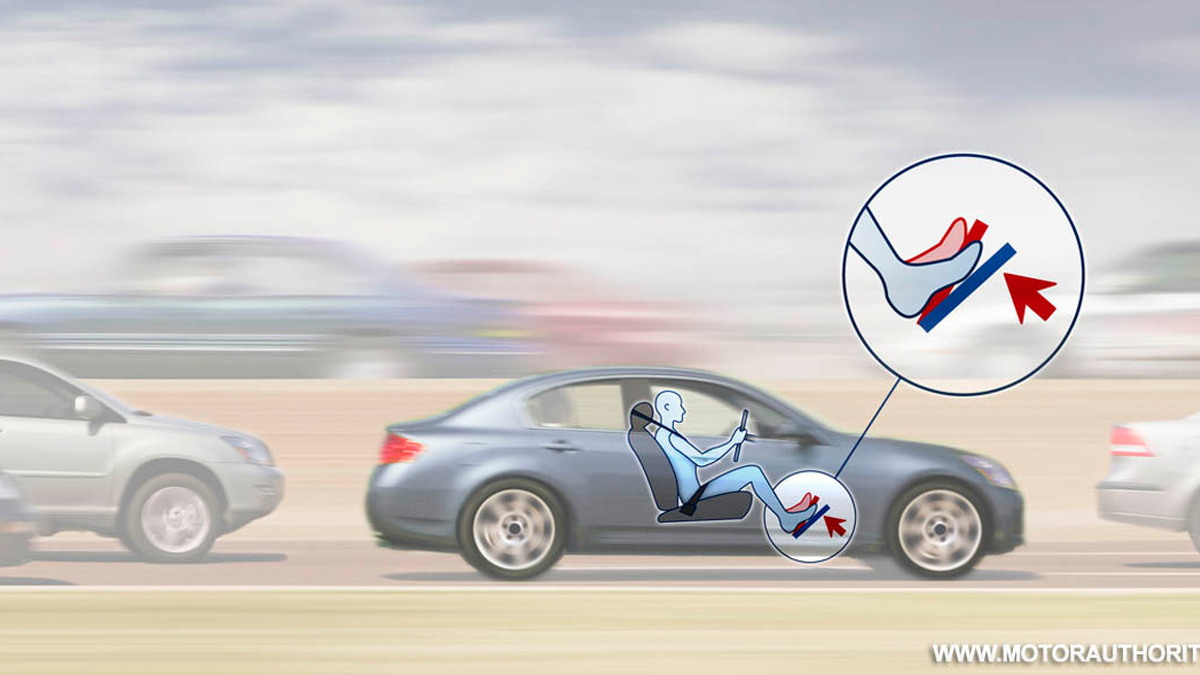 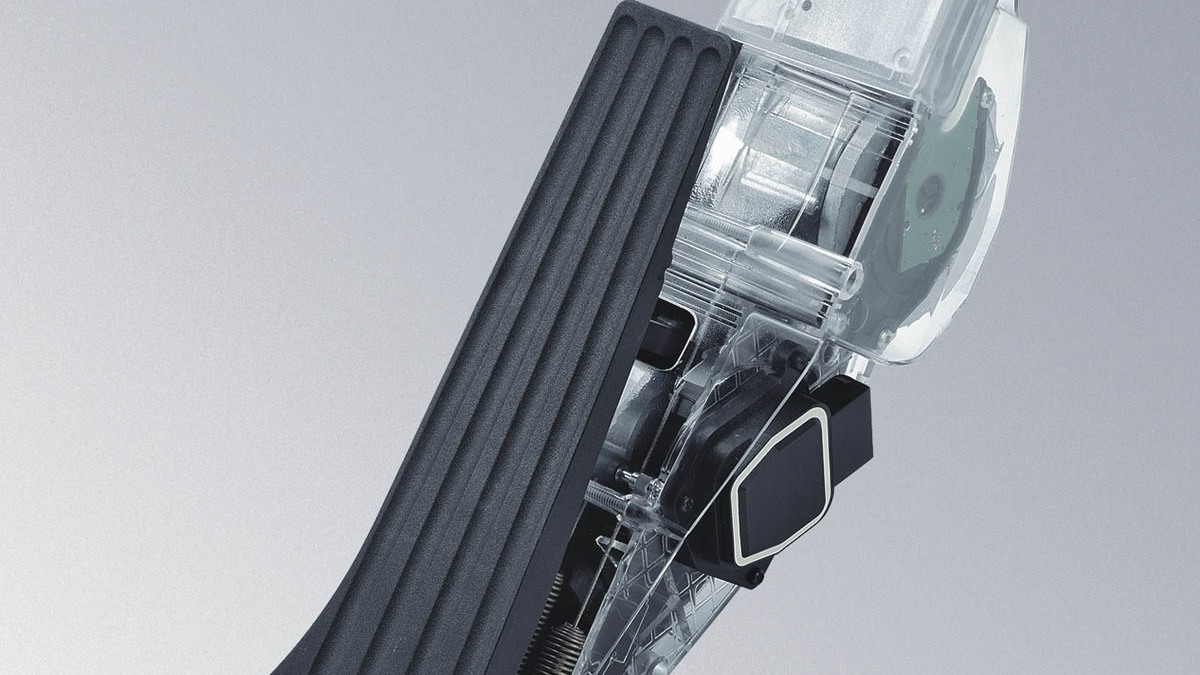 3
photos
Nissan's force-feedback ECO Pedal accelerator pedal, touted as a 'green' driving aid that pushes back against the driver's foot when accelerating too briskly, is actually a derivative of a new pedal system developed by Continental. Called the Accelerator Force Feedback Pedal, or AFFP, by its developer, the pedal is capable of much more than just letting the driver know when they're burning too much fuel (as in the case of the Nissan Eco Pedal) - it can also warn of impending danger and even help smooth traffic flow.

When tied in with other vehicle systems, the AFFP can warn the driver of road hazards by vibrating the pedal. For instance, when working in conjunction with an adaptive cruise control system, the AFFP can warn the driver if the car is too close to the vehicle ahead. Likewise, it can sense poor road conditions and resist being depressed, thereby helping to prevent loss of traction. Continental thinks the direct feedback through the pedal is superior to alternative solutions, such as buzzers or lights.

"The basic problem with optical or acoustic signals is that the driver's attention might be elsewhere, either because he/she is on the phone or chatting to a passenger, for example, and as a result fails to note the warning", said Bernd Gebhart, head of the company's chassis electronics business unit.

The driver still remains in control of the car, however, and can overcome or deactivate the force-feedback response if desired. The pedal's reaction is very quick, responding to inputs from other systems with tactile feedback in as little as 0.1 seconds.

One of the potential benefits, as touted by Nissan in its implementation of the technology, is the environmental or emissions saving made possible by alerting the driver to improper use of the accelerator. Taking the concept a step further, however, Continental envisions the system in helping to keep vehicles at optimum distances from each other and moving at constant speeds, eliminating the accordion-effect that creates traffic jams.

Other future implementations include integration with car-to-car communications systems, alerting the driver of another vehicle stopped in the roadway ahead or where visibility is restricted, for example.