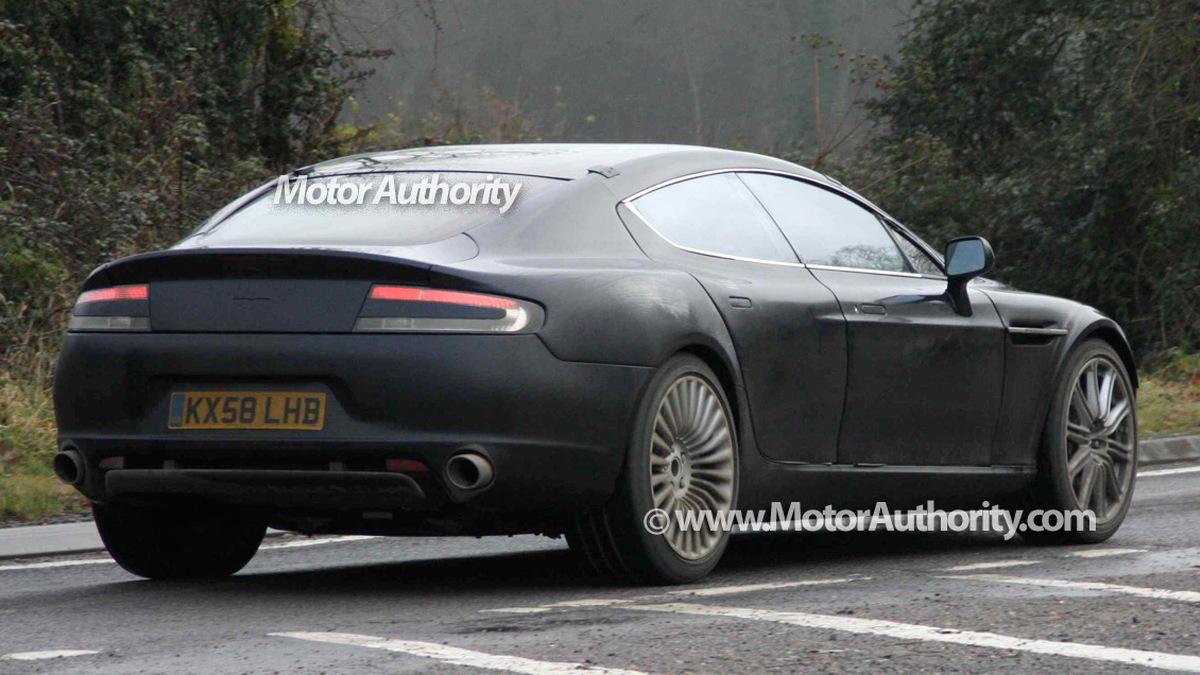 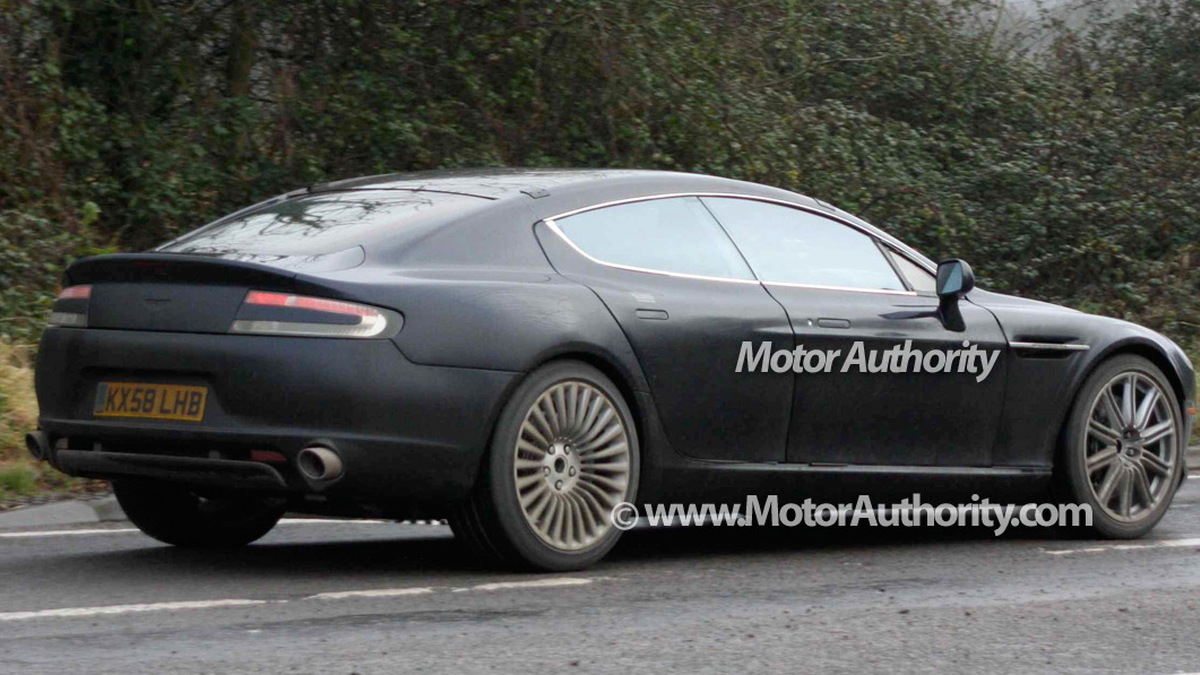 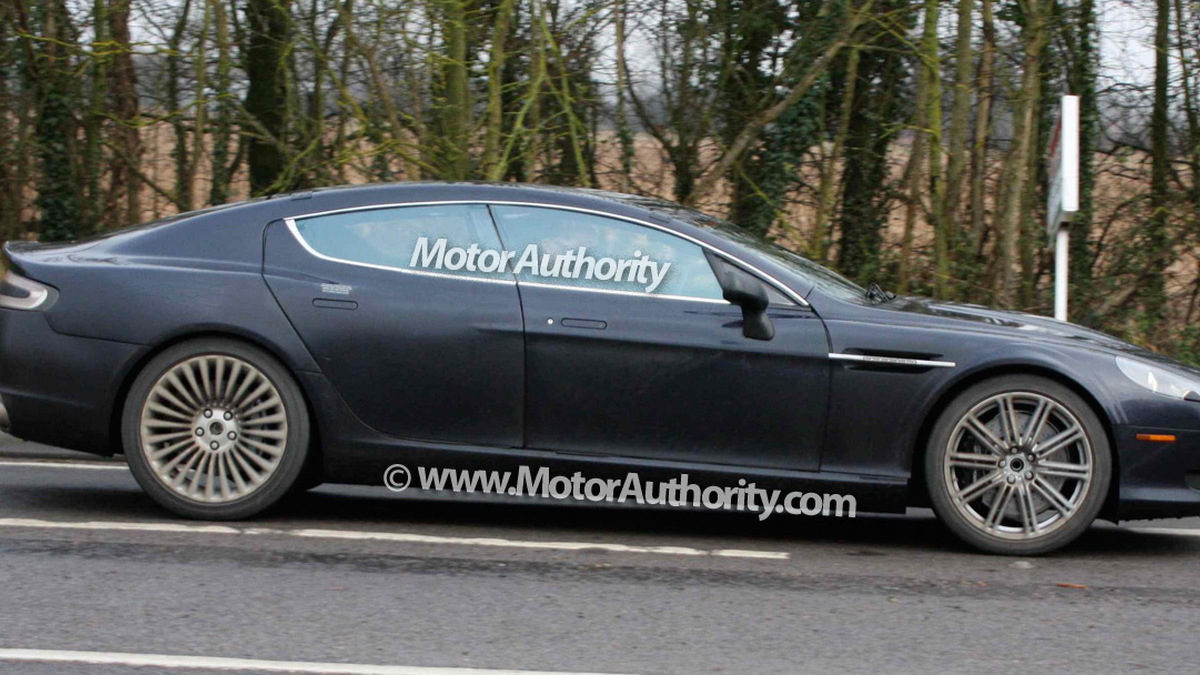 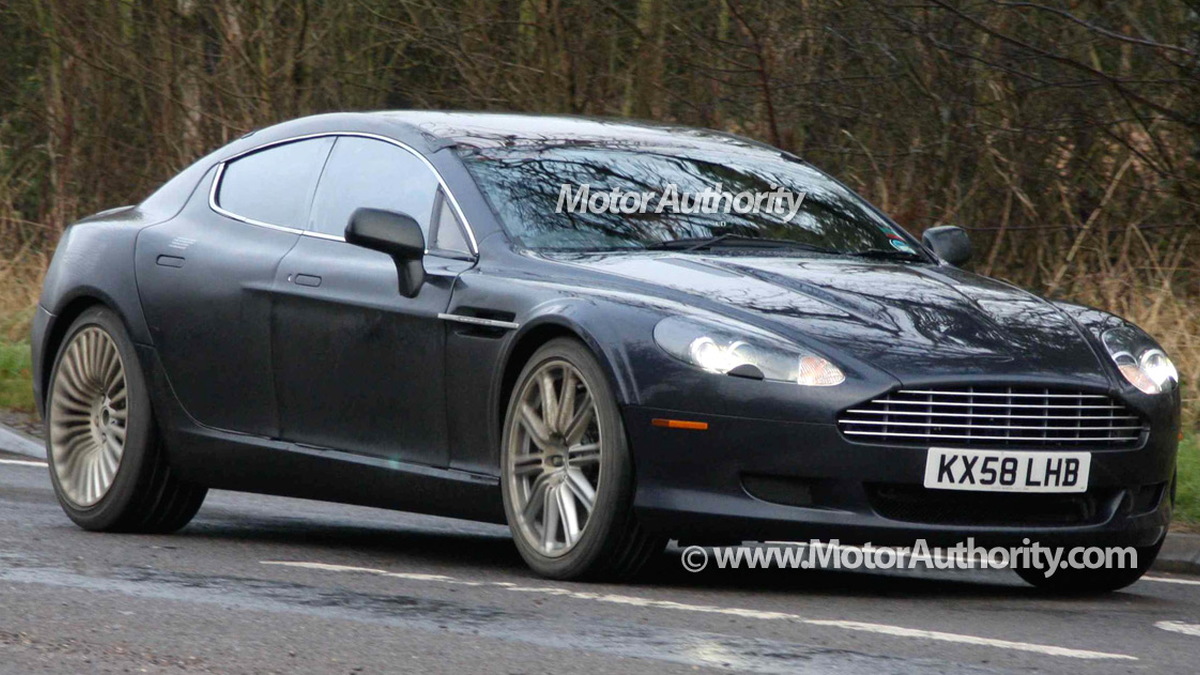 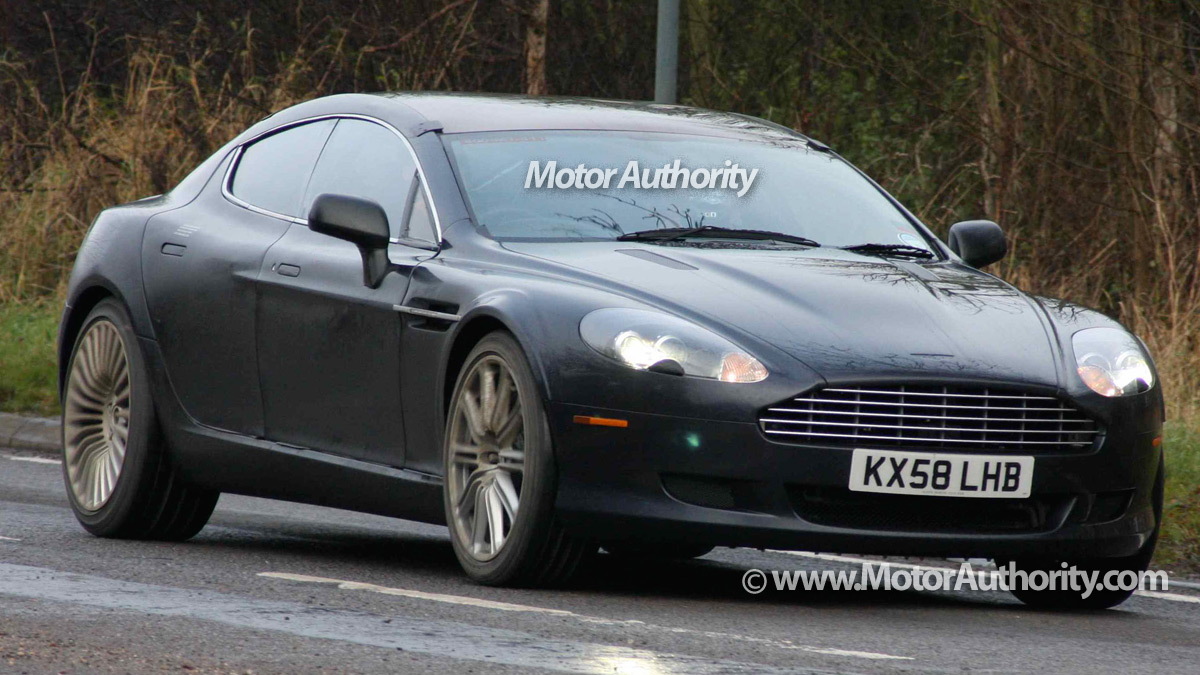 62
photos
The long awaited four-door Aston Martin Rapide has been spotted, completely undisguised, undergoing testing in Northern Europe. Previous prototypes were last spotted near the carmaker's headquarters, and since then Aston Martin has released two official images of the car - albeit computer generated renderings of it.

Under the hood will be a slightly more powerful version of the DB9's 6.0L V12. This will be mated to a six-speed ZF automatic transmission with Aston Martin’s new Touchtronic control. Final output should rest somewhere around the 480hp (358kW) so as not to step on the toes of the 510hp (380kW) DBS flagship, reports Automotive News.

Performance won’t be as spectacular as the Aston Martin coupe models but expect to see 0-60mph times of less than five seconds and a top speed of about 180mph. The vehicle’s final kerb weight is expected to be somewhere around 4,277 pounds, about 277 pounds more than the DB9 coupe on which it is based. The Rapide’s wheelbase also stretches about 10in more than the DB9, while its height is only about 2.5in taller.

Inside, the Rapide will be almost identical to the stunning two-door but will differ thanks to more generous rear seats, headrest mounted LCD monitors, and a panoramic glass sunroof. Unfortunately for purists, the Rapide will not be built at Aston Martin's traditional Gaydon plant in England - production of the four-door has been contracted to Magna Steyr who will build the vehicle at its Austrian plant.

Aston Martin hasn’t revealed which auto show it will use to debut the new Rapide but the most likely option will be September’s Frankfurt event. Pricing for the car hasn’t been announced either but expect it to slot somewhere between the DB9 and DBS at around $200,000.