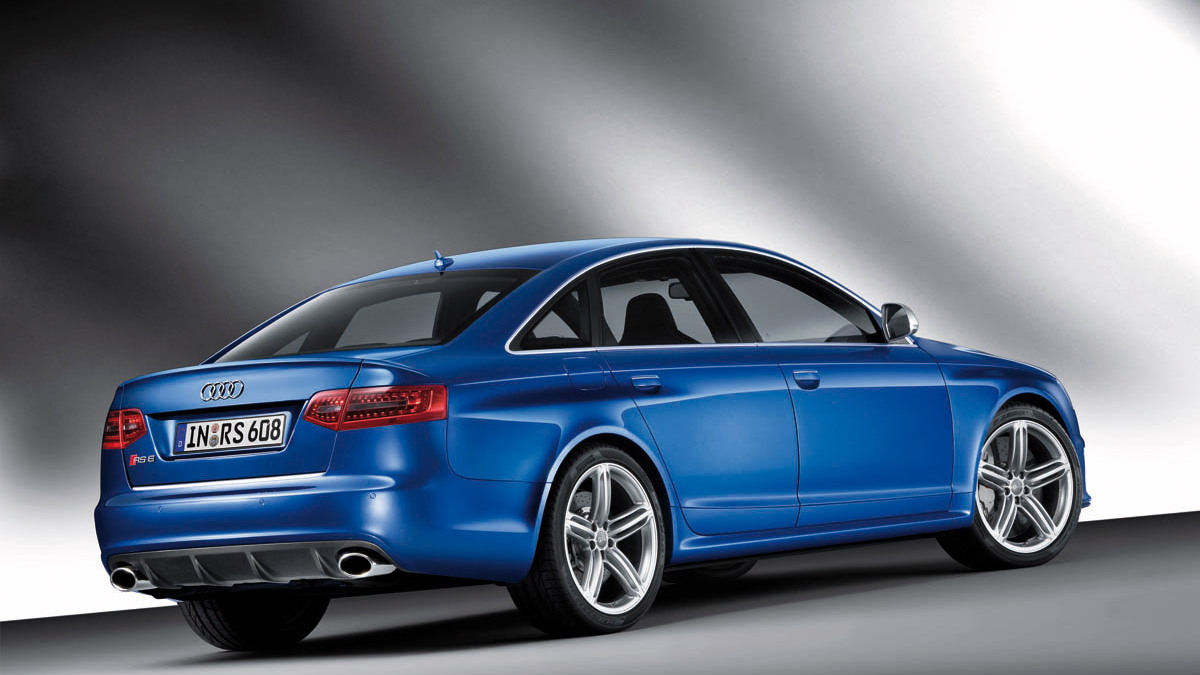 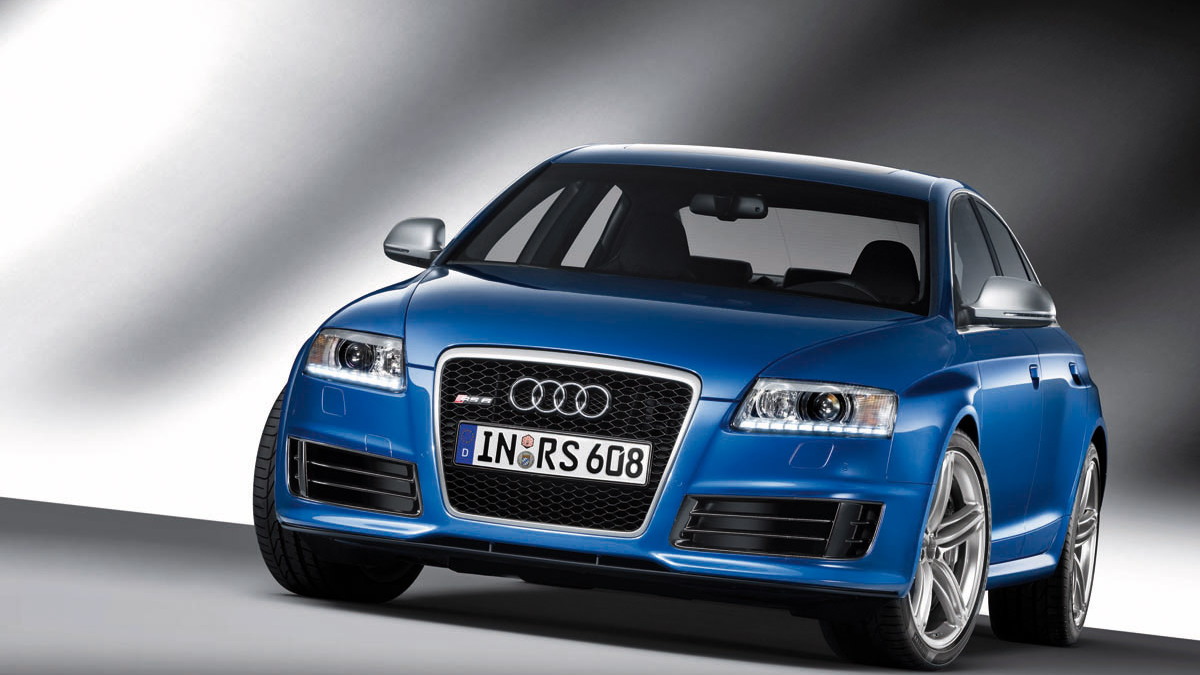 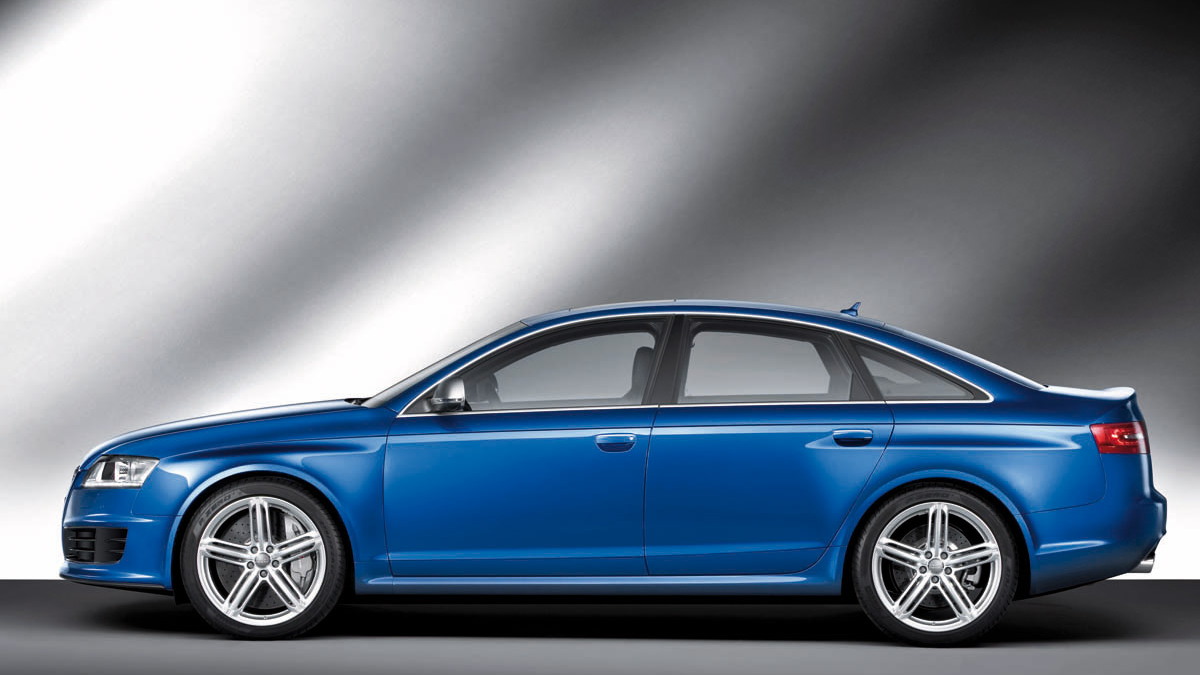 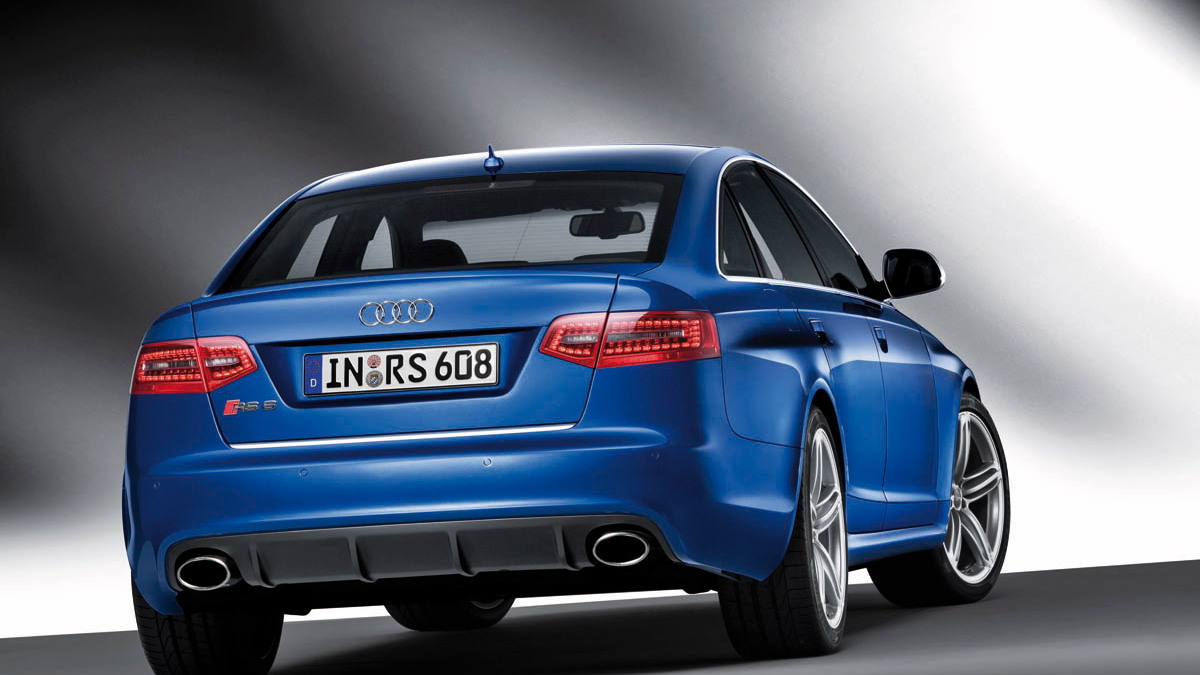 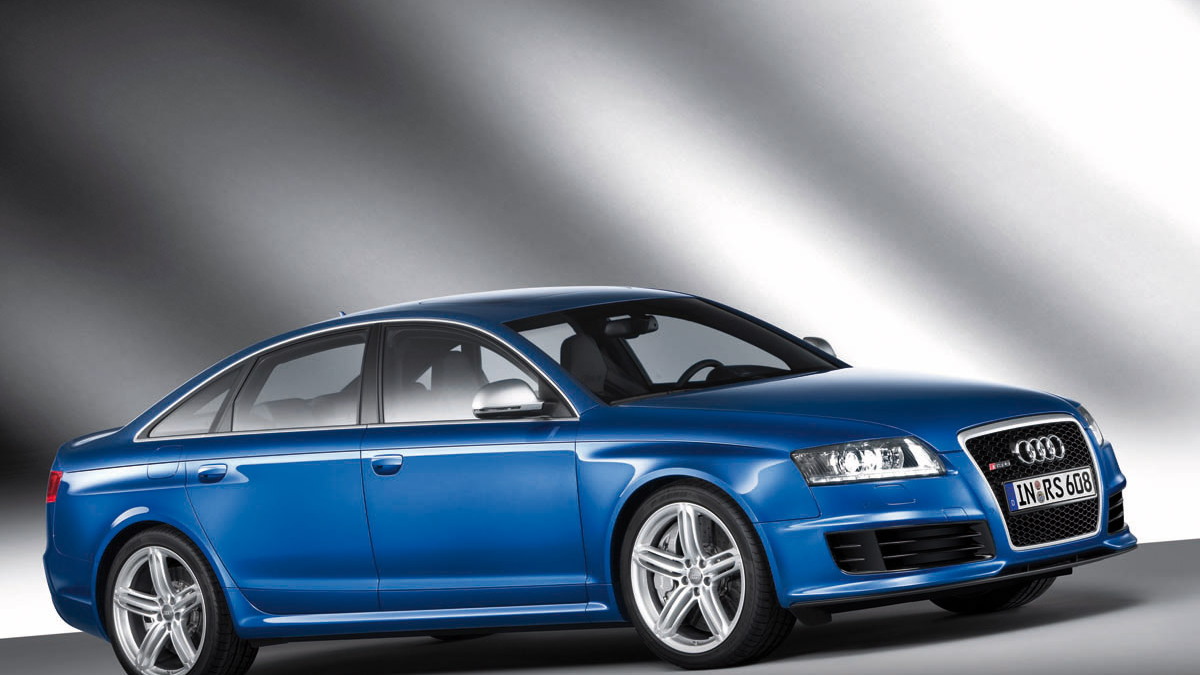 Earlier this year, Audi revealed pictures and statistics for its monstrous V10-powered RS6 Avant, and now the first details about the sedan variant have been revealed just months out from new car’s debut at this year’s Paris Motor Show. Just like the Avant wagon, the new RS6 Sedan is fitted with a 5.0L twin-turbo V10 engine that churns out 580hp (426kW) and 480lb-ft (650Nm) of torque. The car also comes with their permanent quattro four-wheel drive and sports suspension with dynamic ride control.

With a power-to-weight ratio of 3.4 kilograms per hp, the RS6 will accelerate from 0-100km/h in 4.5 seconds and top out at an electronically controlled 280km/h. Power is transferred to all four wheels via a new six-speed tiptronic automatic gearbox, which has been updated for quicker gear shifts and shorter ratios. The driver can also manually change gears either using the shift lever or the paddles on the steering wheel.

The body of the 4.93 meter (16.17 ft) RS 6 also sports a number of distinctive features to distinguish it from the standard sedan. These include the single-frame grill, the air intakes, adaptive lights and RS6-specific LED daytime running lights, flared fenders and deep side skirts, a rear diffuser, a spoiler integrated into the trunk lid and the two large oval exhaust pipes.

The interior is lined with carbon-fiber, aluminum, leather and Alcantara, and is put together with the usual Audi precision and attention for detail. Customers can choose between two steering wheels - the multifunctional sport steering wheel with three-spoke design and the RS multifunctional sport steering wheel. The RS version, which can optionally be covered in suede, features the motorsport style flat-bottomed design and RS6 emblems on the lower spoke. The RS6 also gets its own unique instrument cluster, featuring a turbocharger boost pressure indicator, oil temperature gauge and a lap timer, all of which can be accessed via the driver information system.

Audi offers carbon-ceramic brakes for the RS6 with 19in wheels as standard, however if you upgrade to the 20in wheel package you get larger diameter brakes sized at 420mm at the front and 356mm at the rear.

Other safety features include Audi’s lane assist, adaptive cruise control, and Audi side assist. Electronic stability also comes as standard, but can be set to a ‘Sport’ mode or even deactivated entirely.

The RS6 will be launched in Europe this October following its debut at the Paris Motor Show that same month. There’s no word on when it will be sold in North America and whether it will be joined by its Avant sibling.