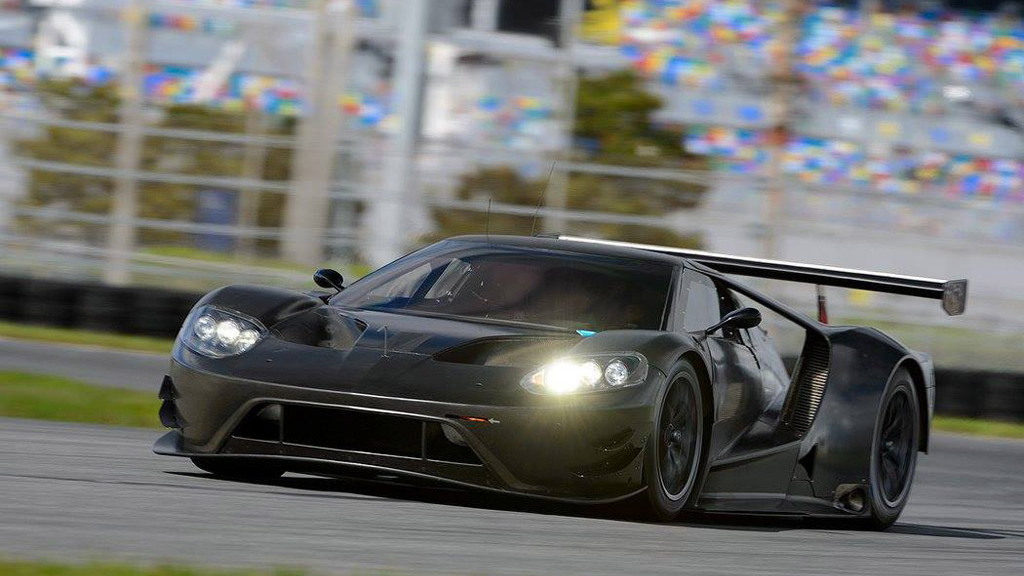 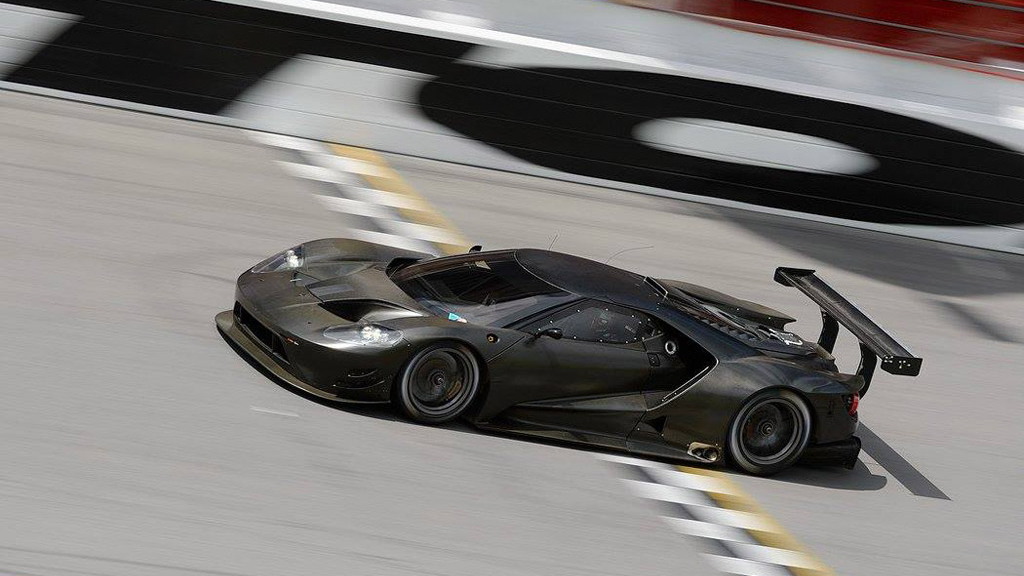 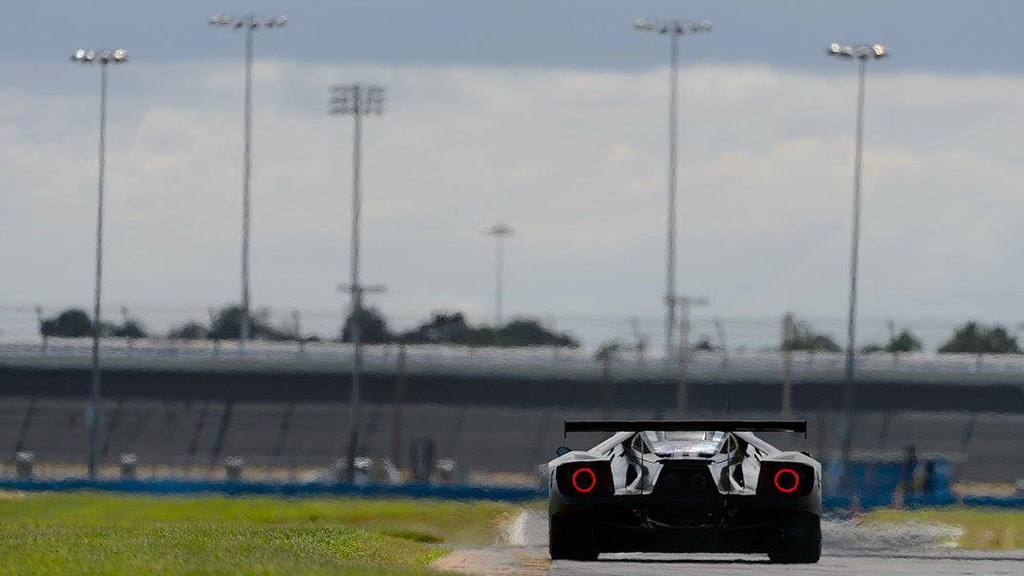 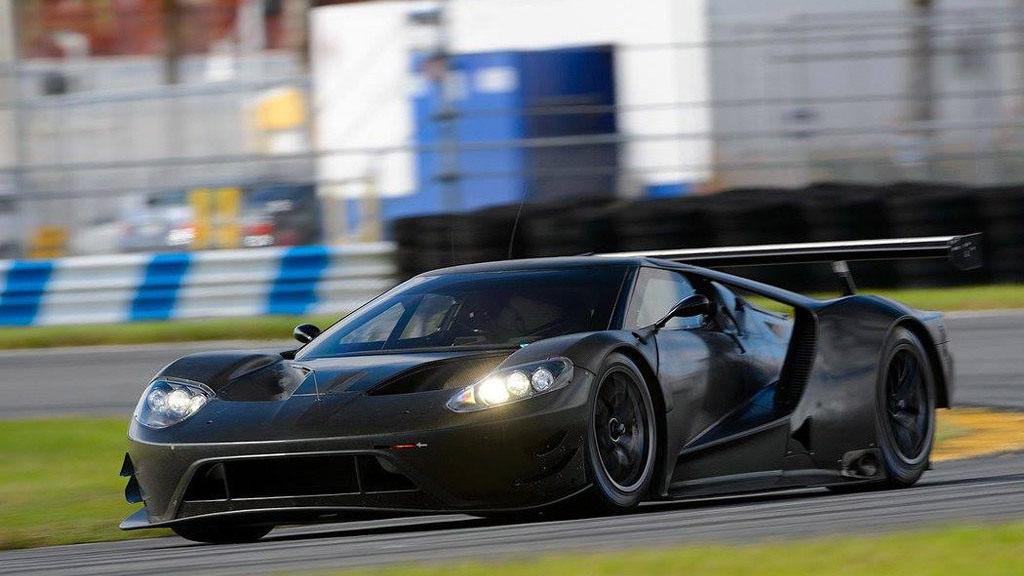 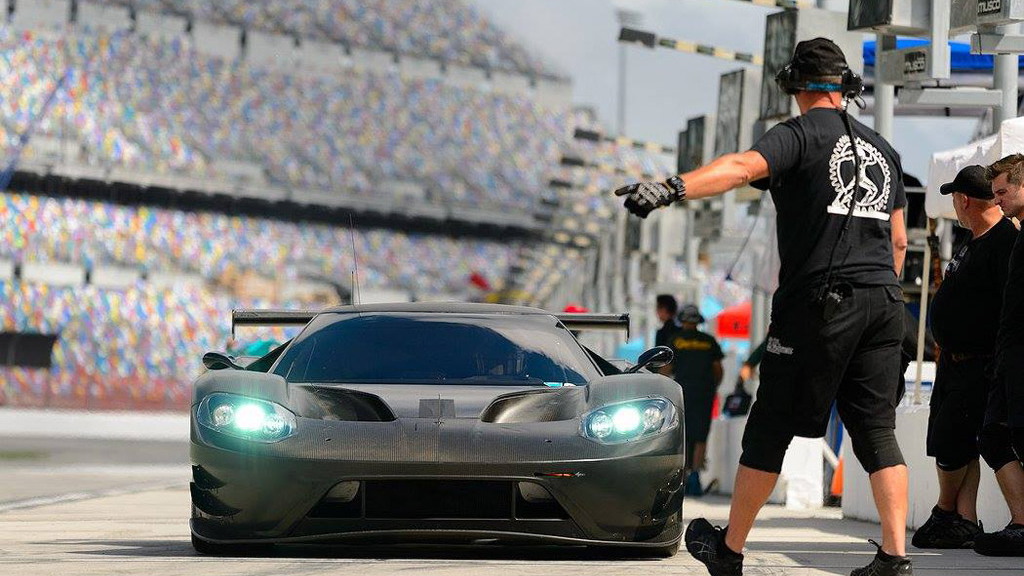 We can’t get enough of the Ford Motor Company’s [NYSE:F] new GT, and we hope you can’t either as we’ve got even more content regarding the upcoming supercar. The new GT is an impressive bit of kit, regardless whether it’s the road-going version you fancy or the menacing race car. Here we have 50 glorious seconds of the latter as it underwent a recent test at Florida’s Daytona International Speedway.

The GT race car is confirmed to compete in both the World Endurance Championship and United SportsCar Championship from next year on. As it’s derived from a production model, albeit one arriving after the racing version, the GT race car will be competing against other production-based racers in the GTE (WEC) and GT Le Mans (USCC) categories. Basically, cars based on the likes of the Aston Martin Vantage, Chevrolet Corvette, Ferrari 458/488 and Porsche 911.

Powering the Ford will be a twin-turbocharged 3.5-liter EcoBoost V-6. Admittedly, the engine doesn’t sound as impressive as a V-8 but the performance is there. A similar engine featured in Ford’s Daytona Prototype that’s proven quite successful in the USSC. You may recall that Chip Ganassi Racing’s DP powered by the engine won this year’s Rolex 24 at Daytona.

Speaking of the Rolex 24 at Daytona, this is the race where the GT race car will make its motorsport debut. Next year's race takes place in the last weekend of January. Check out the full 2016 schedule for the GT race car for other locations where it can be seen.