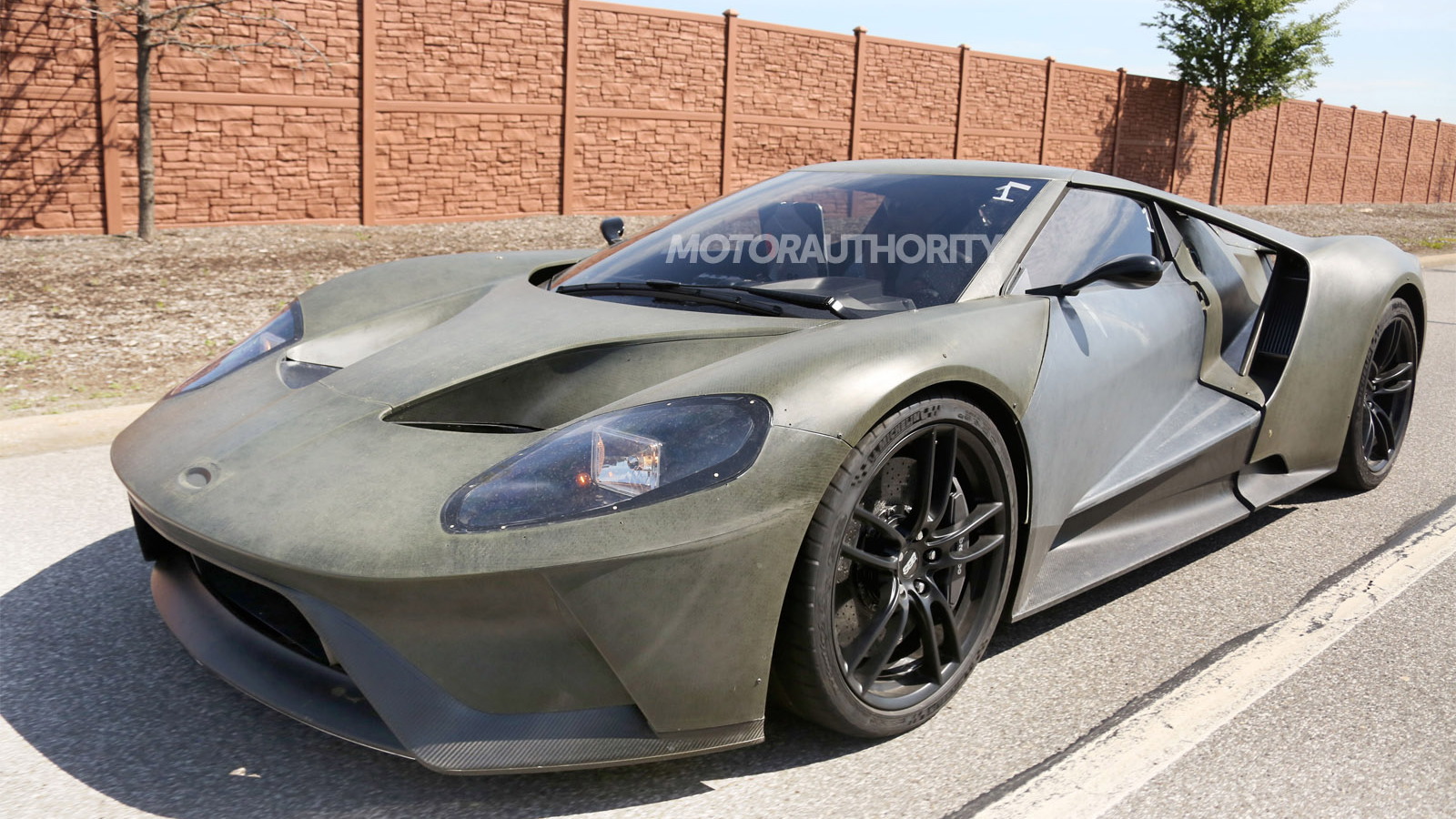 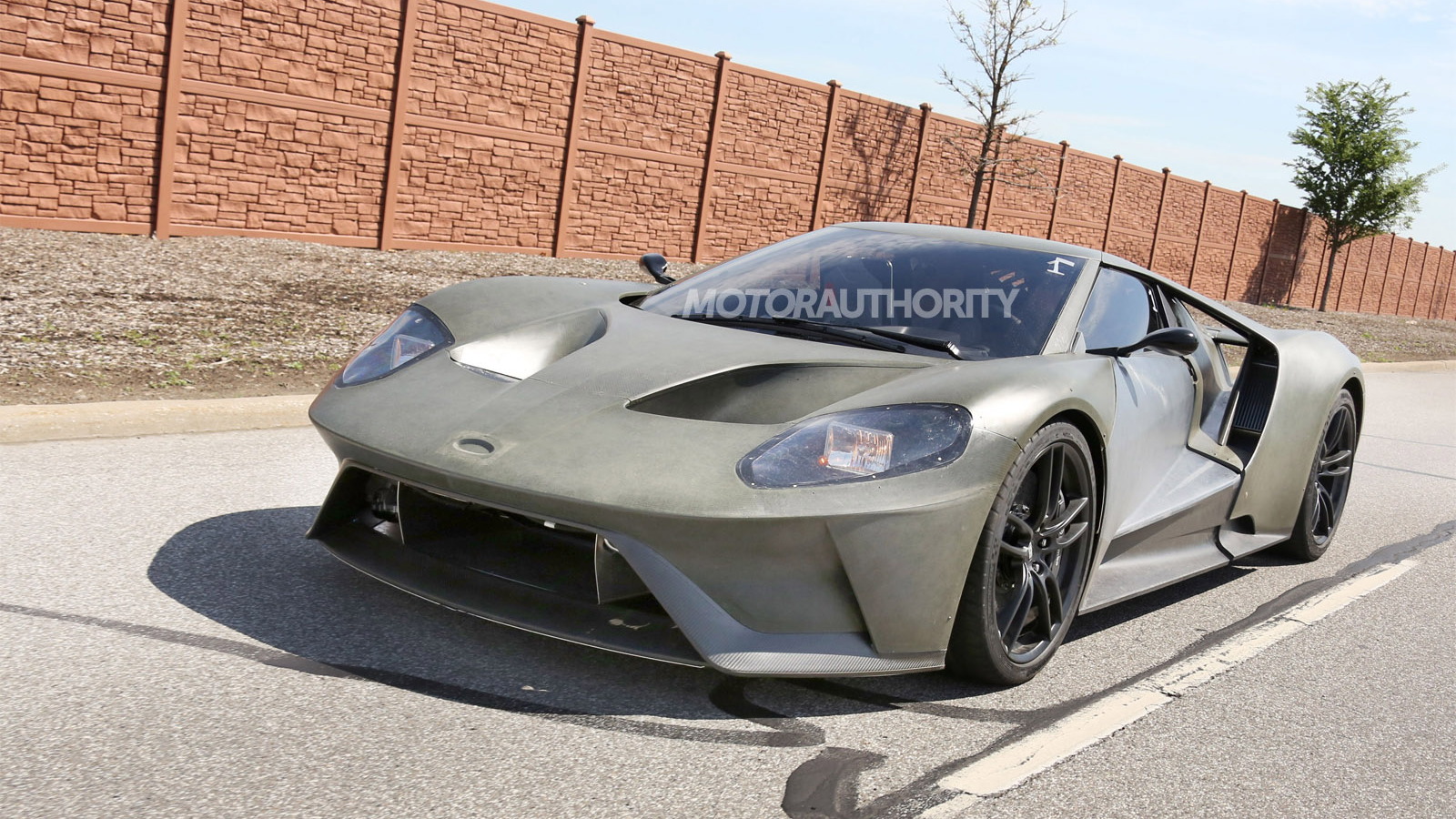 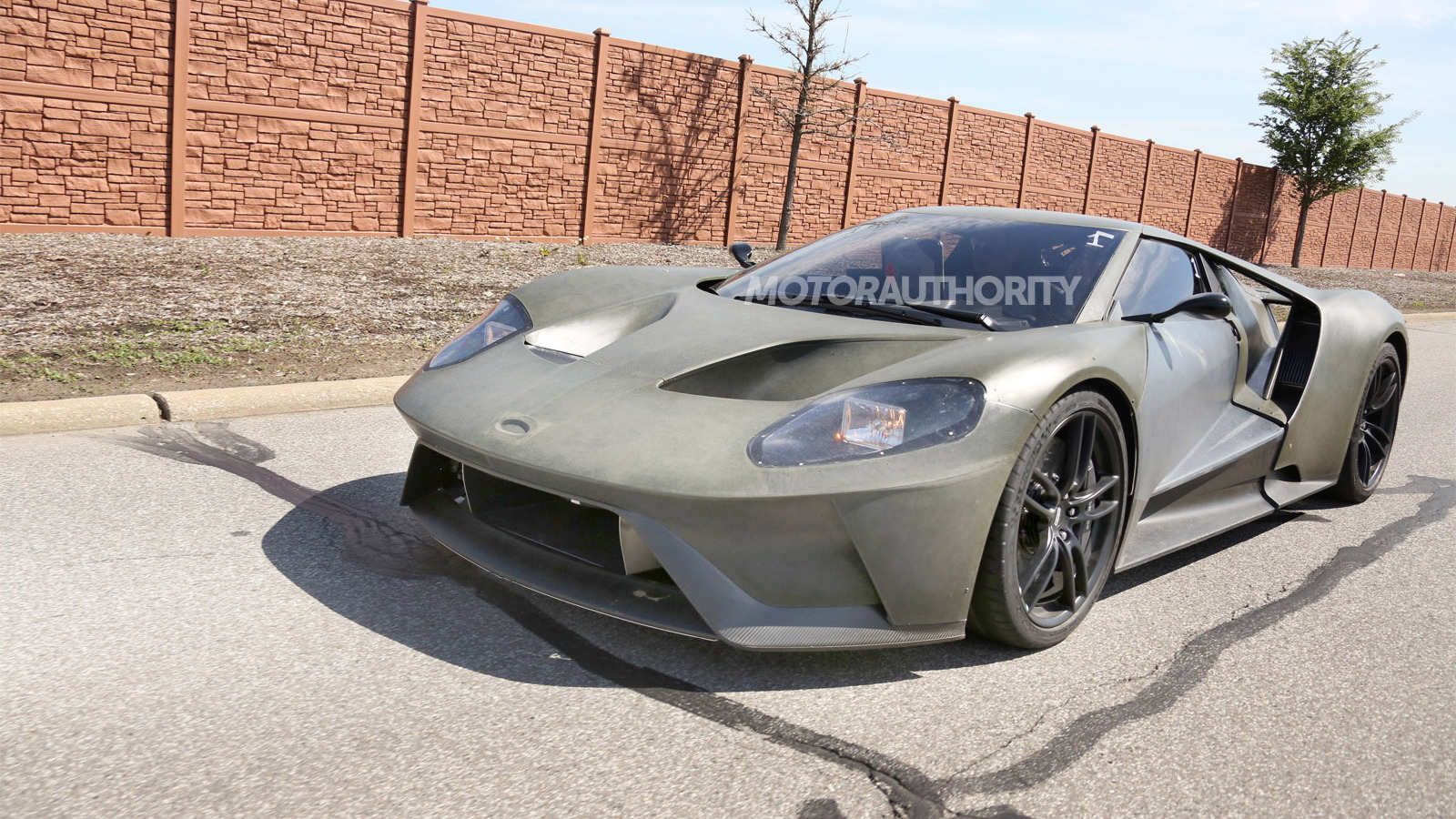 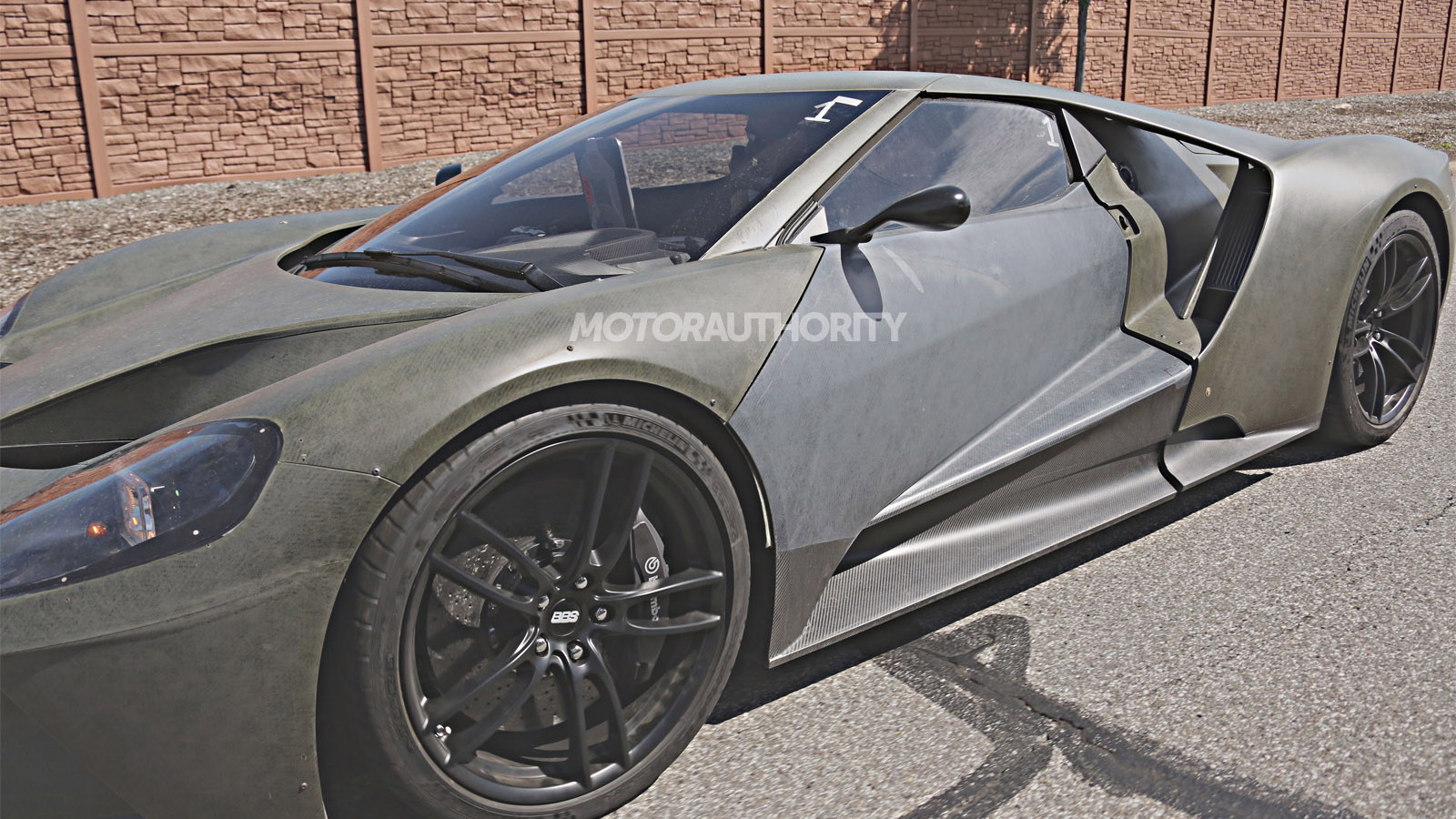 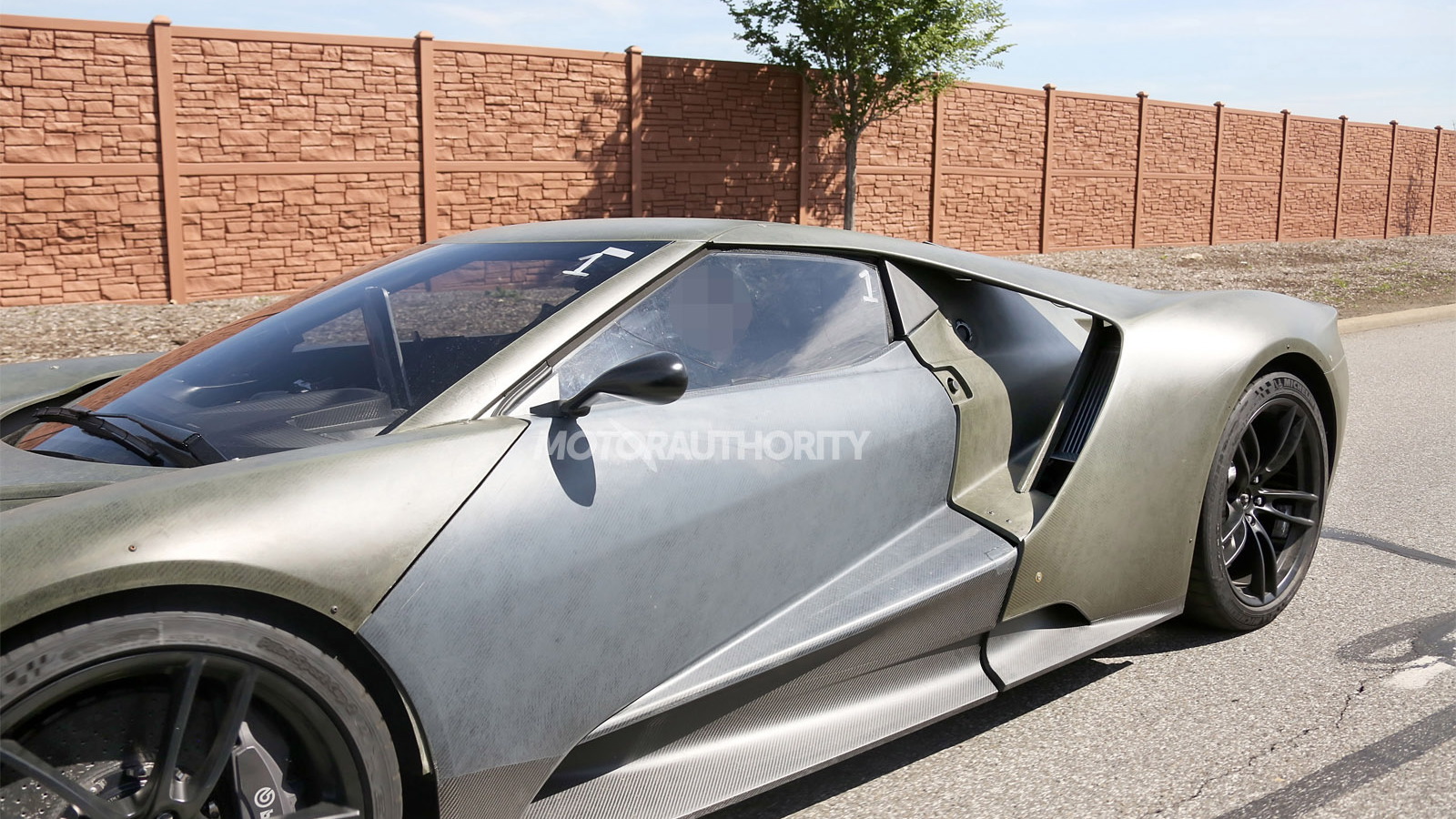 The Ford Motor Company's [NYSE:F] new GT supercar has been caught once again testing in production trim—or a somewhat more naked version of production trim—and this time we have video footage. The video comes from YouTube user Daniel Parlin and gives us a good idea as to what the new supercar will look like on the road when it's finally launched on the market, currently scheduled for sometime next year.

While it’ll cost $400,000 and only sell about 250 units per year, the Ford GT has stirred something in enthusiasts everywhere. With its low-slung prototype-racer stance and promise of breathtaking performance, the car has certainly put the supercar world on notice—though it’ll remain to be seen if it can put the lap times on the board to match the world’s best.

In these spy shots of the car in testing, we see not just a stripped-down, unpainted GT in testing, we see something that we almost didn’t expect: something less than absolute secrecy in the GT development program. That's understandable at this stage as a visually similar racing variant confirmed for the 2016 World Endurance Championship, which includes the 24 Hours of Le Mans, has already starting testing at key international race tracks. 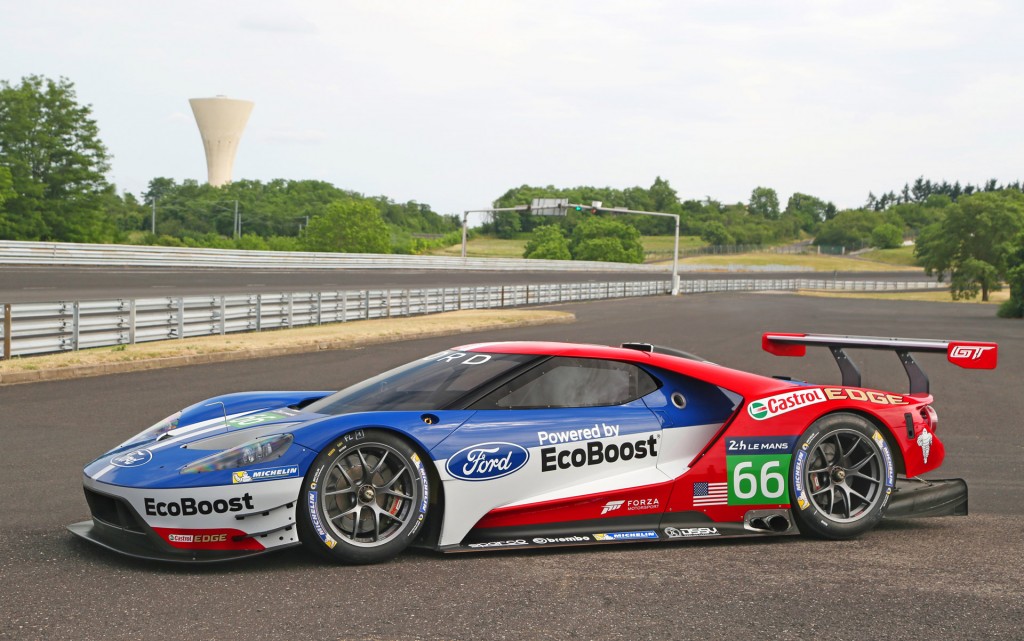 As for this road-going version, "more than” 600 horsepower from a turbocharged 3.5-liter EcoBoost V-6 engine, a carbon fiber and aluminum chassis and body, a dual-clutch transmission, high-performance aerodynamics, pass-through tail lamps, and some truly striking design are the sum of the car’s recipe to date.

Differences from the concept car shown first at the 2015 Detroit Auto Show are subtle, but the most notable is the unfinished exhaust tips protruding from the center of the rear bumper. The absence of a rear diffuser to hide the mufflers is also another work-in-progress visual cue. Placeholder tail lamps also give a nod to things yet to be finished in the GT’s production development program.

Otherwise, however, the GT in these spy photos looks to adhere very closely to the concept’s shape and style, which we simply adore. With another year before we’re likely to see the final Ford GT ready for public consumption, we’ll be updating this space with more details as they emerge.