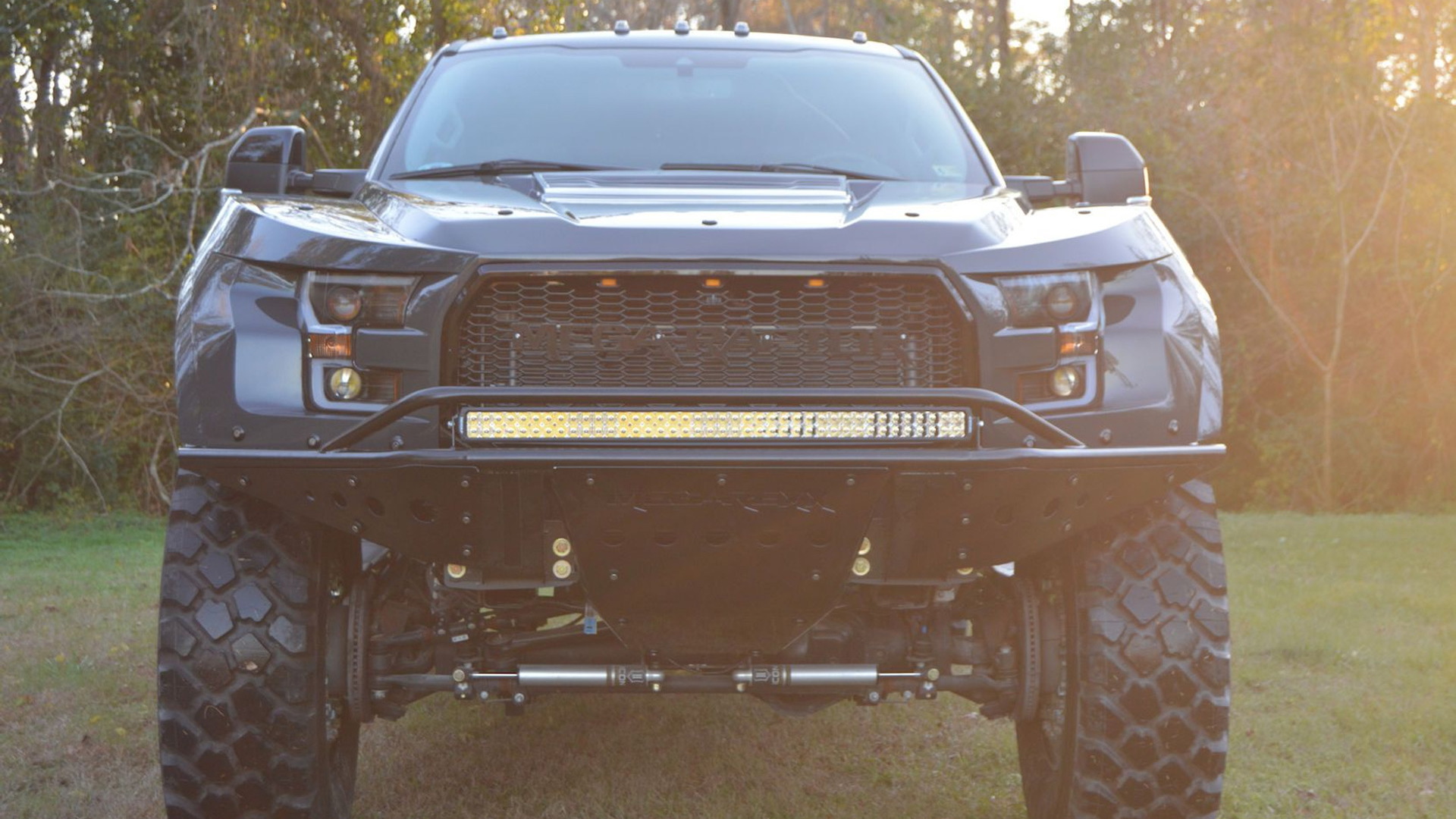 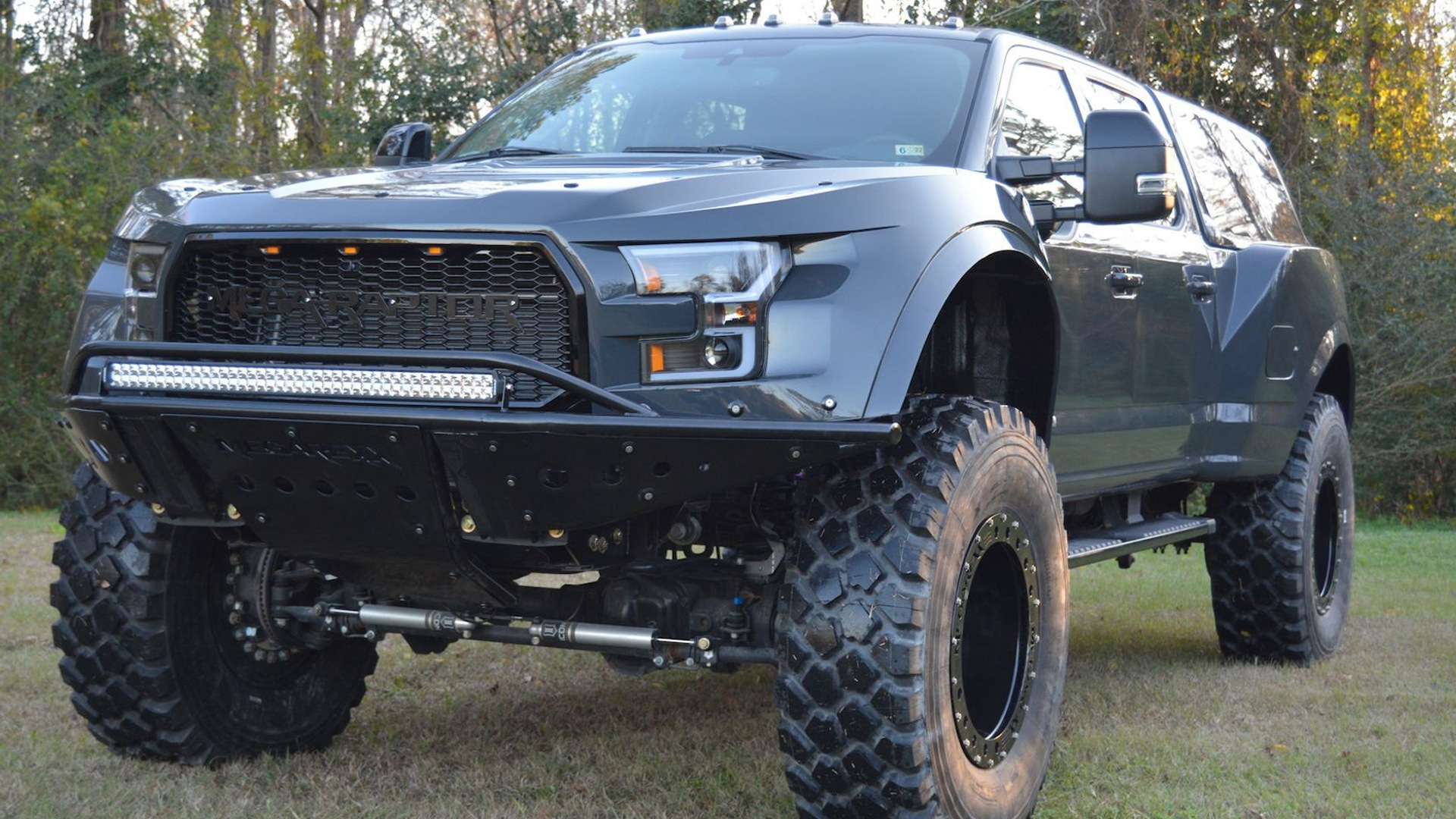 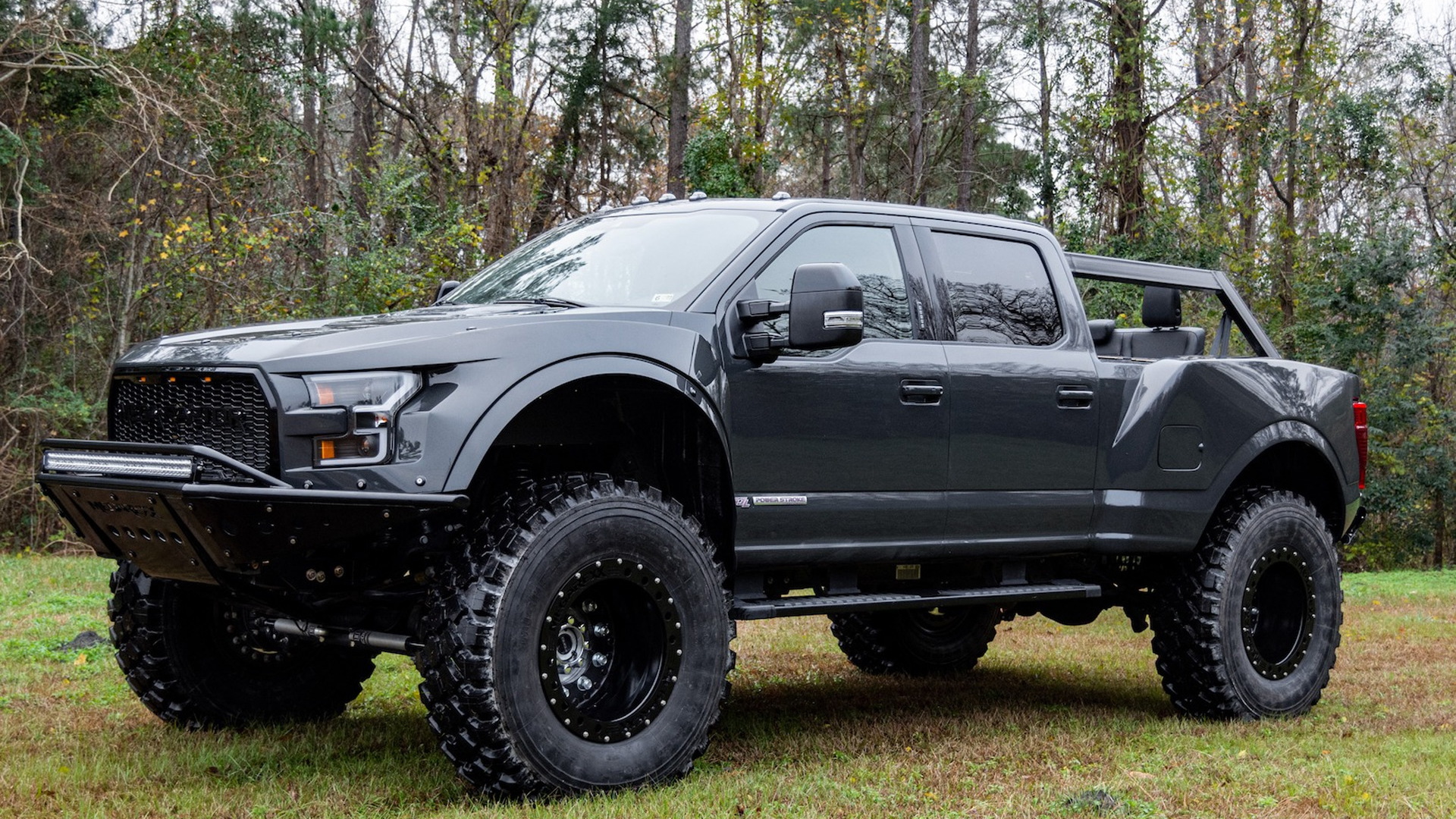 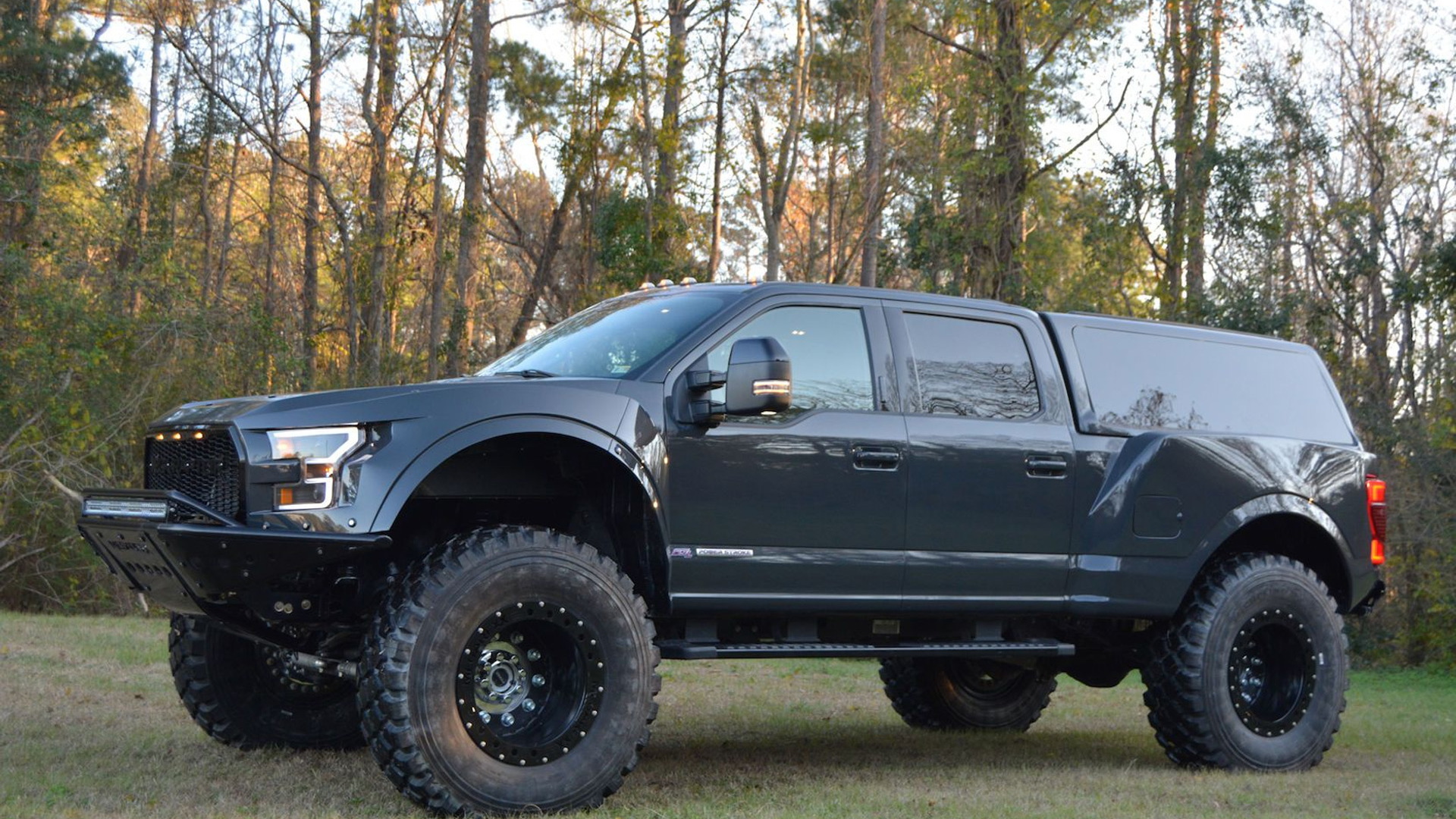 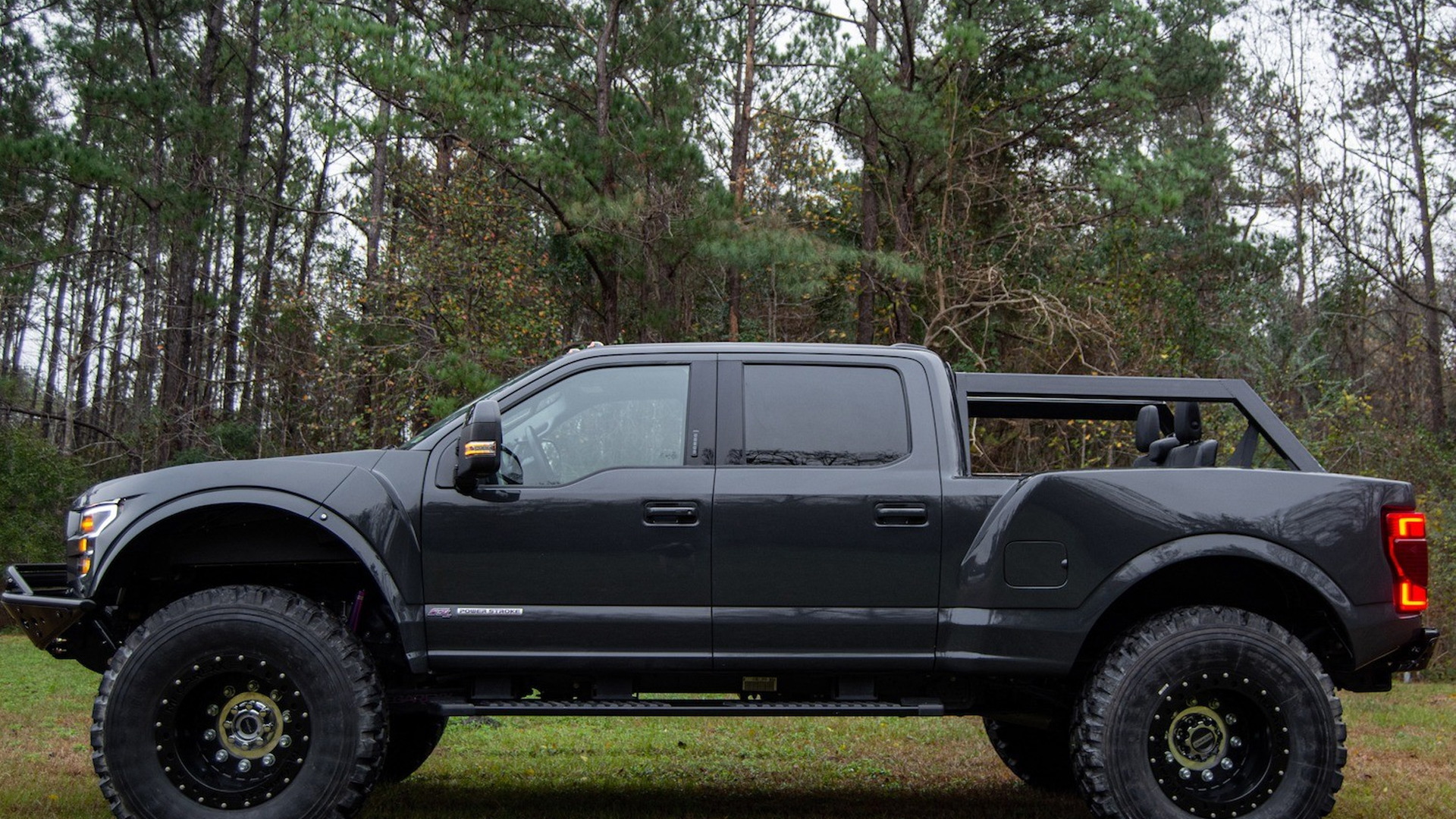 MegaRexx, the North Carolina company that turns Ford's F-250 Super Duty into a big and burly Baja basher, has a new version of the wild truck that's capable of seating seven.

It's called the MegaRaptor7, and it features a third row with two seats in the area where the F-250's bed normally sits. MegaRexx has also crafted a removable canopy roof; it's a one-piece design made from hand-formed aluminum that sports tinted side glass.

The modification turns the previous MegaRaptor pickup truck in an SUV.

The MegaRaptor7 is based on the Ford F-250 Super Duty Lariat 4x4 crew cab, and as a result it comes with plenty of luxury. This includes leather trim, a Bang & Olufsen audio system, and voice-activated navigation. Front bucket seats in the truck feature heating and cooling. 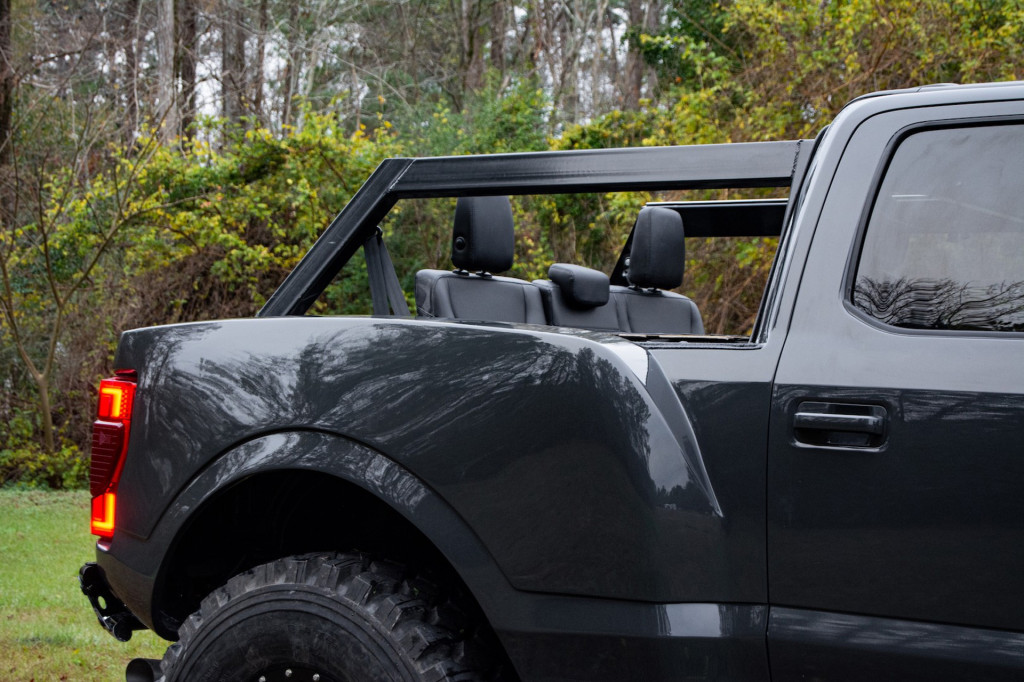 To add ground clearance, MegaRexx has added new springs, shocks, and suspension arms. The vehicle has also been fitted with 46-inch off-road tires from Michelin, wrapped around 20-inch wheels from MRAP. 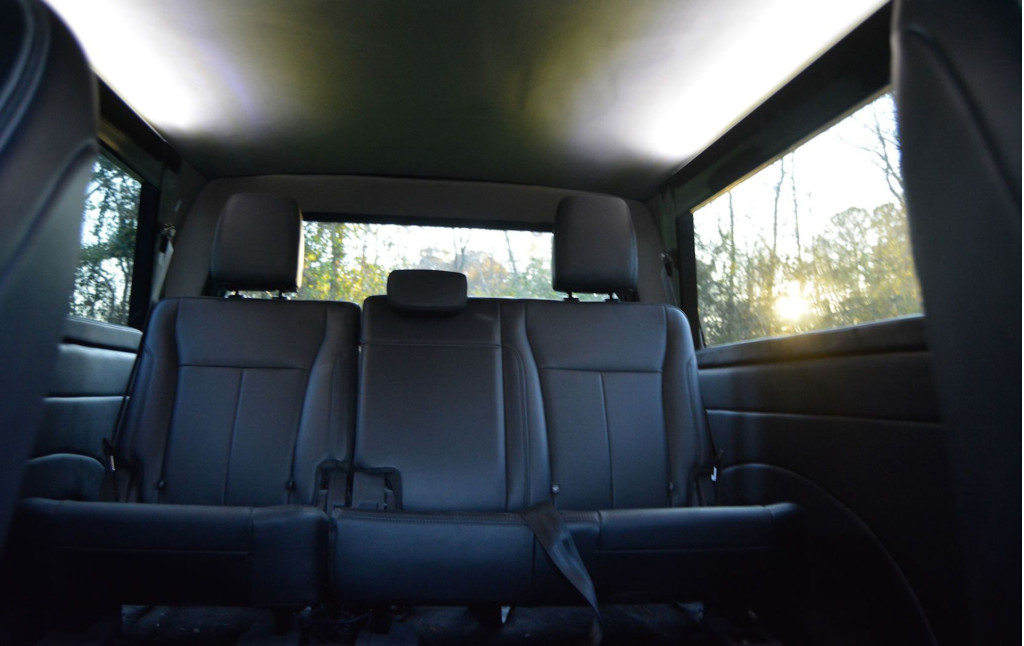 To fit the massive tires, MegaRexx has designed its own fenders that are bolted and bonded to the truck and add nine inches to the width—on each side.

The cost of the MegaRaptor7 starts at approximately $189,000, and MegaRexx requires about eight weeks to complete the build. Customers can supply their own F-250, which needs to be a 2017 or newer model. 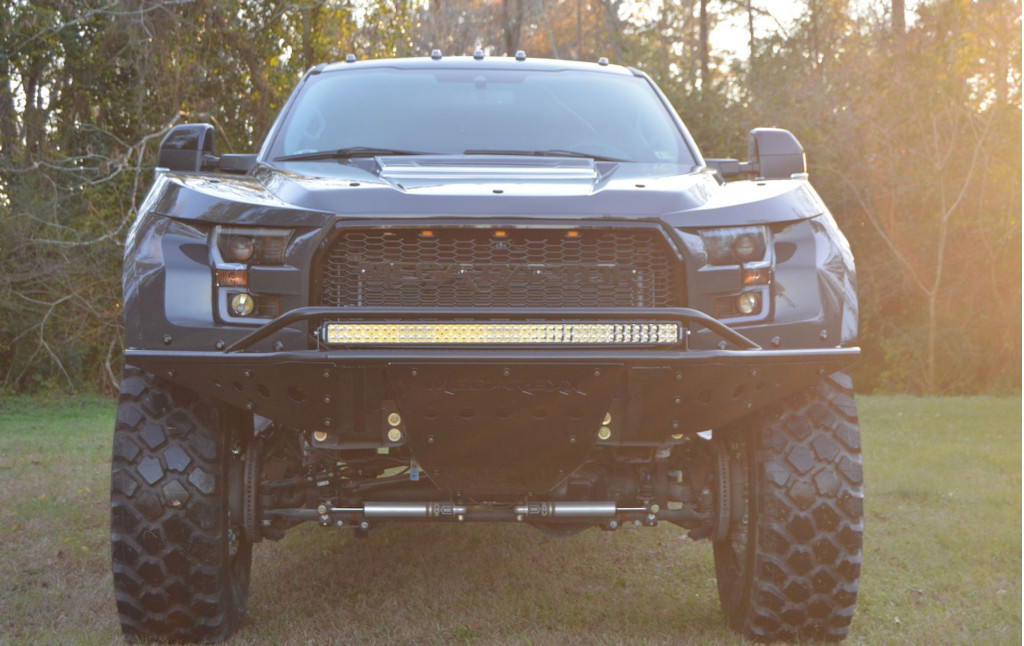 MegaRexx has another option for buyers looking for a wild truck with seven seats. The company last June rolled out a Super Duty-Bronco mashup, also with the option of a third row.

Note that Denver-based Defco Trucks also used the MegaRaptor name in 2018 for an F-350 build, while Shelby American offers its own off-road-ready F-250, minus Raptor nomenclature.