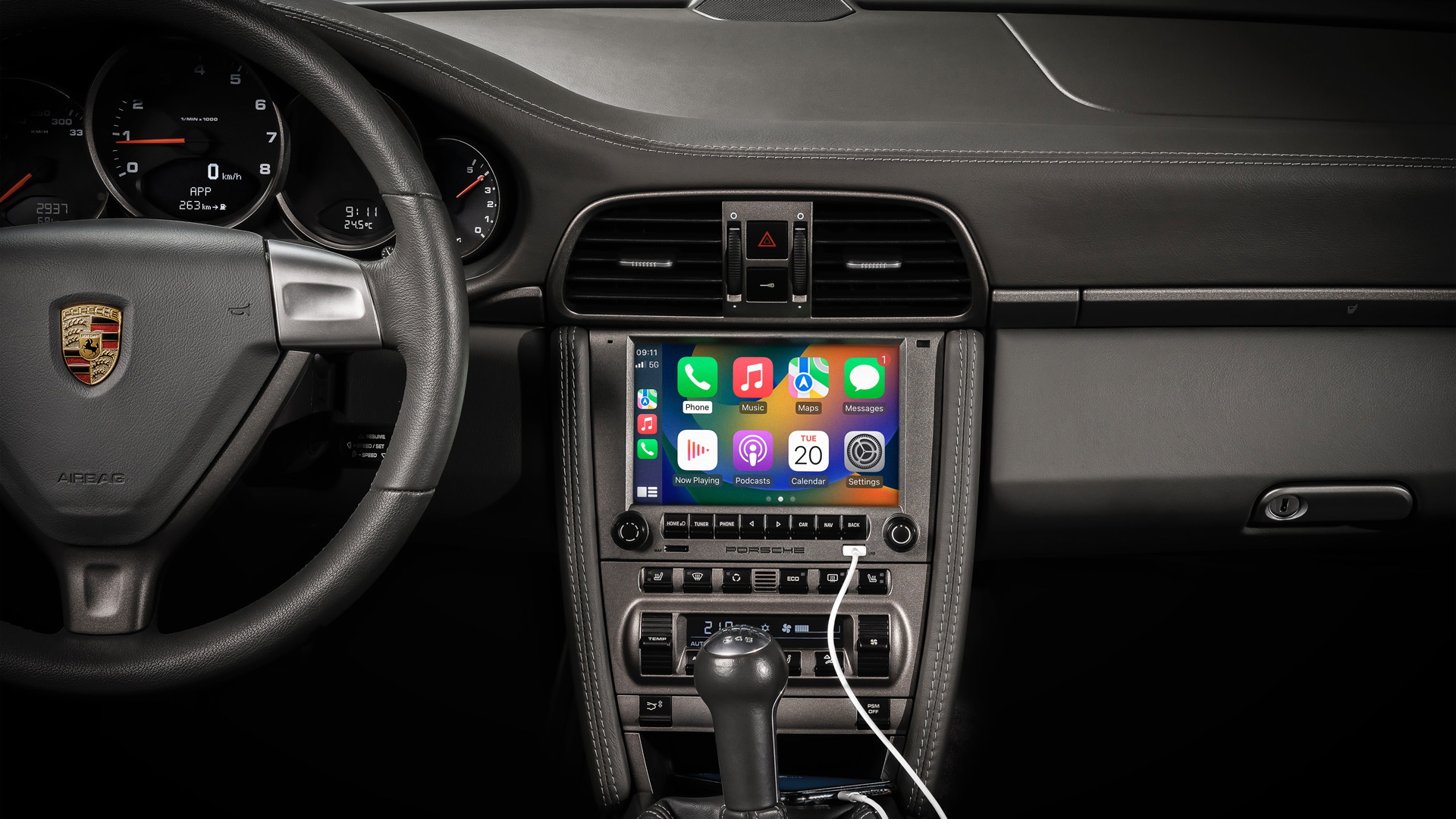 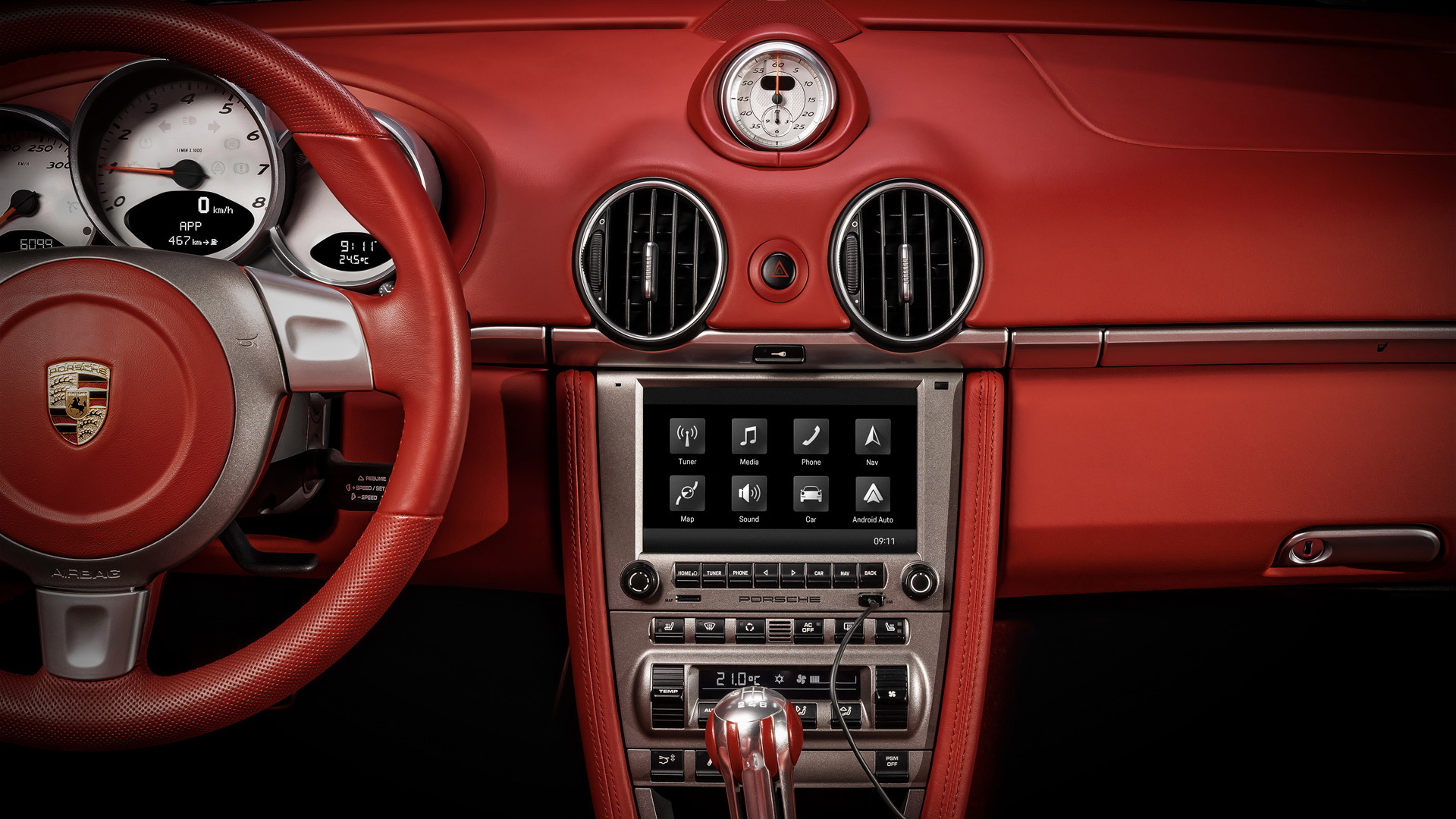 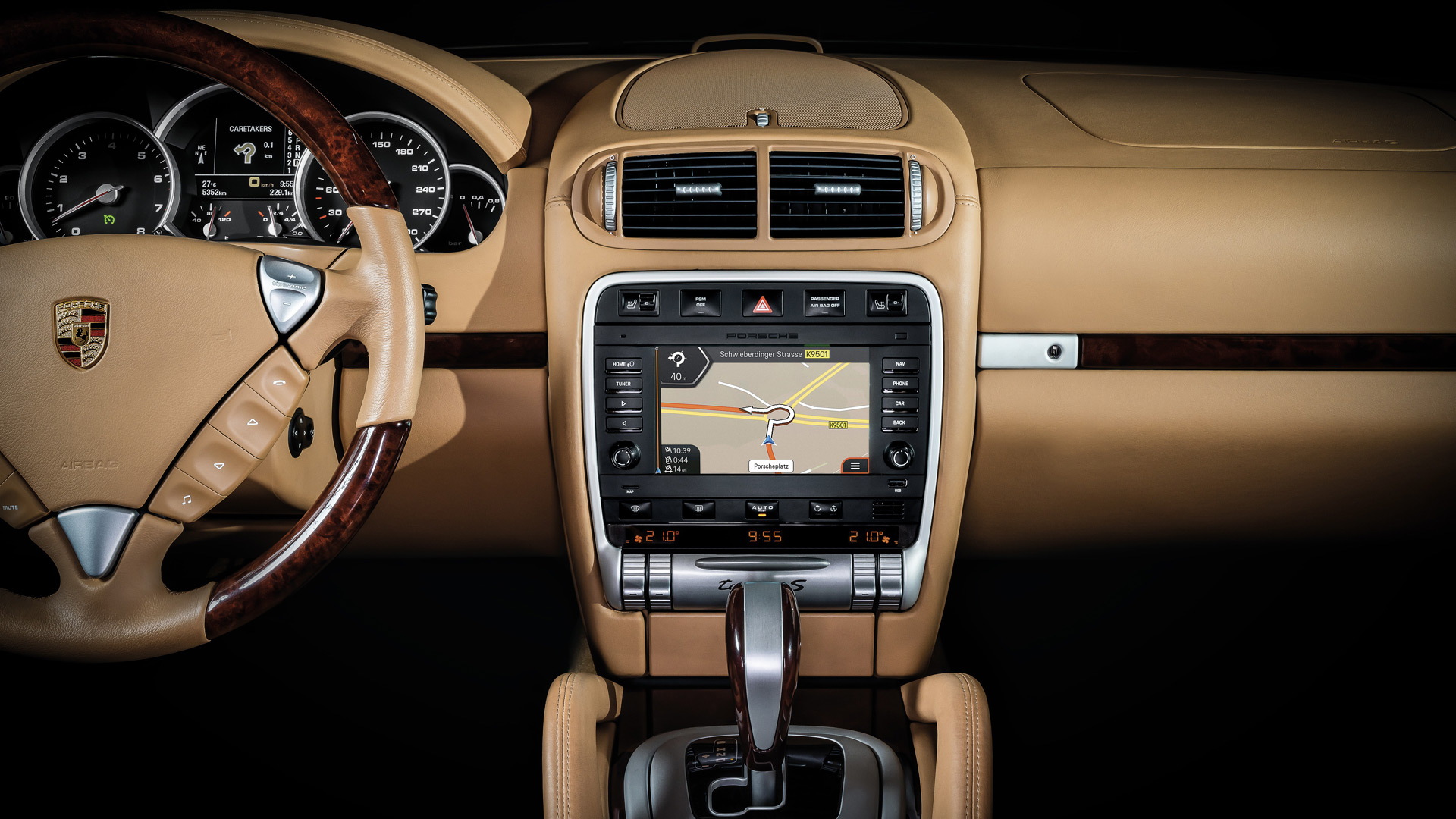 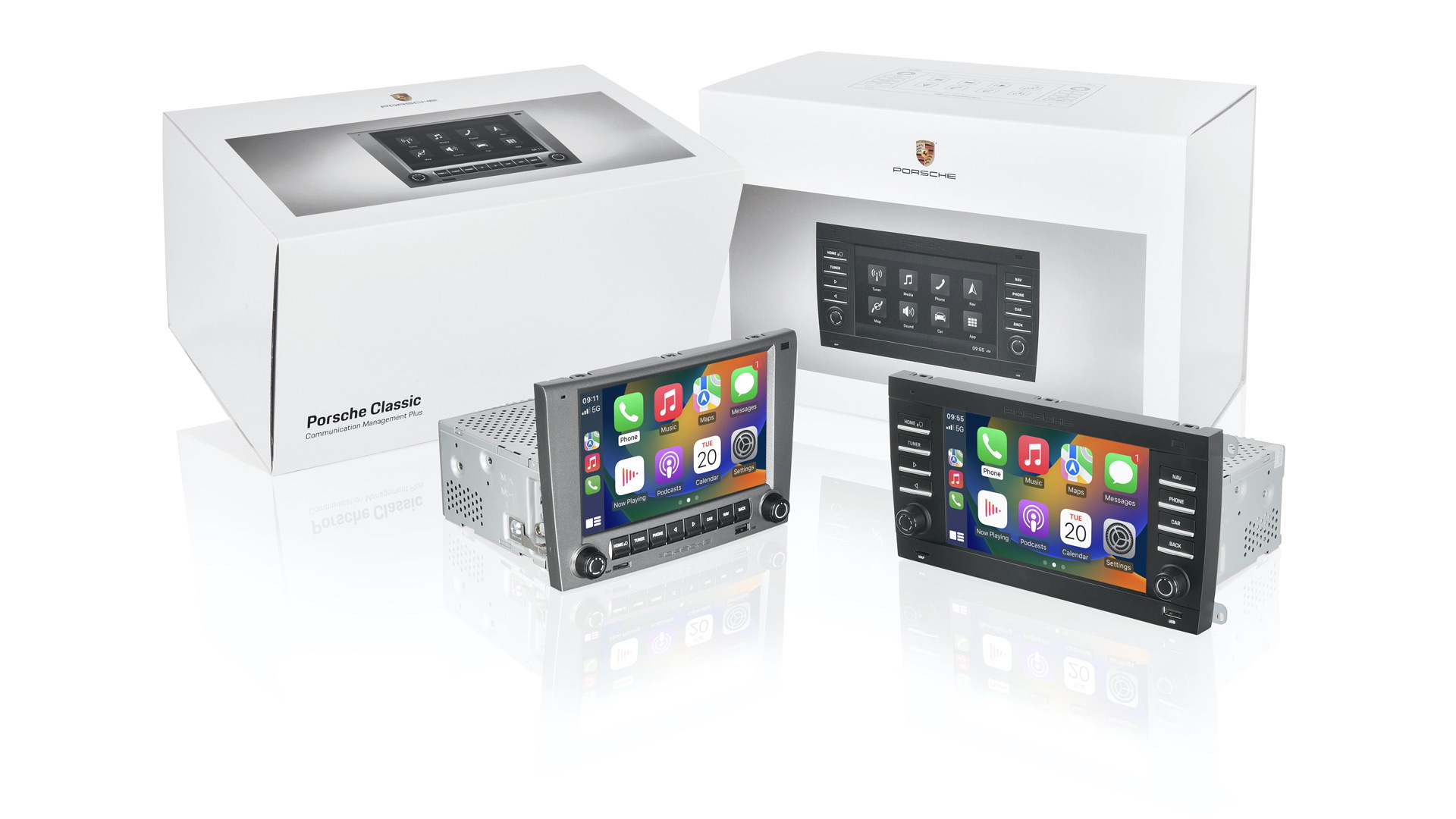 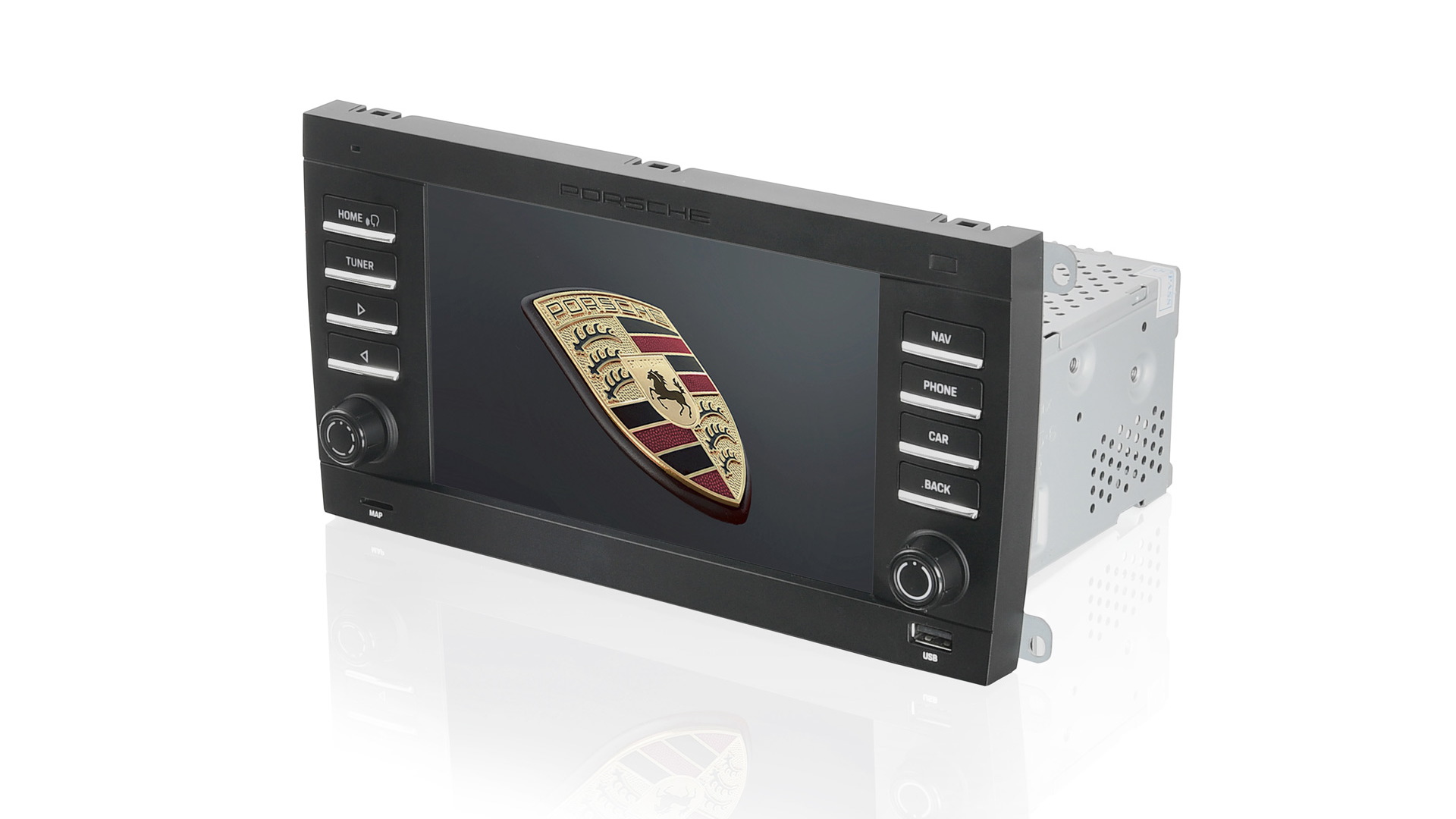 Porsche for a number of years has been offering retrofit upgrades for its classic models that add modern conveniences like navigation and even whole infotainment systems with support for Apple CarPlay and Android Auto smartphone connectivity.

Previously, such systems were limited to 911s from about the early 1960s up to the 996 generation, as well as some front-engine and mid-engine sports cars. However, Porsche on Thursday unveiled new versions that support even more models. They are priced at $1,475.99.

For the first time, Porsche is also offering specific systems for different regions. For instance, the system for the U.S. and Canada supports satellite radio and maps with Porsche-specific points of interest.

The dual-DIN systems feature a 7.0-inch touchscreen and exterior panels designed to match the interiors of the models they fit. They also don't affect existing components like amplifiers, speakers, or antennas, and the navigation displays in the instrument cluster available in some models also continue to function as originally designed.

Crucial for many buyers, the systems enable the use of Apple CarPlay (from iPhone 5 on up) and Android Auto for media playback, navigation, and phone calls.

In the case of Apple CarPlay, this system may eventually take over the whole dashboard of thus-far unspecified vehicles. Apple last summer previewed a next-generation version of CarPlay that will display its own information not only in the infotainment screen but also the instrument cluster. No automaker has said it plans that integration so far.