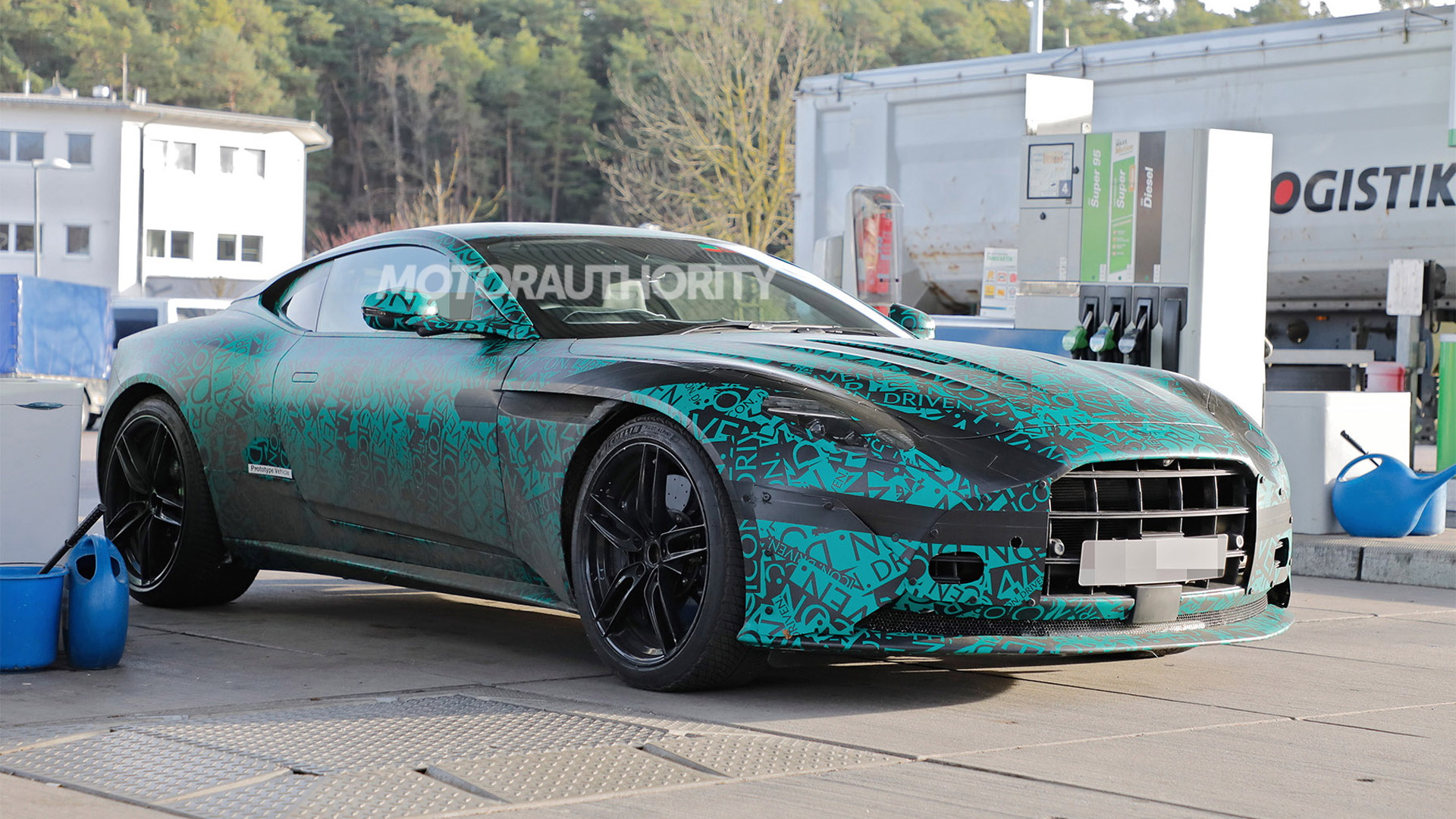 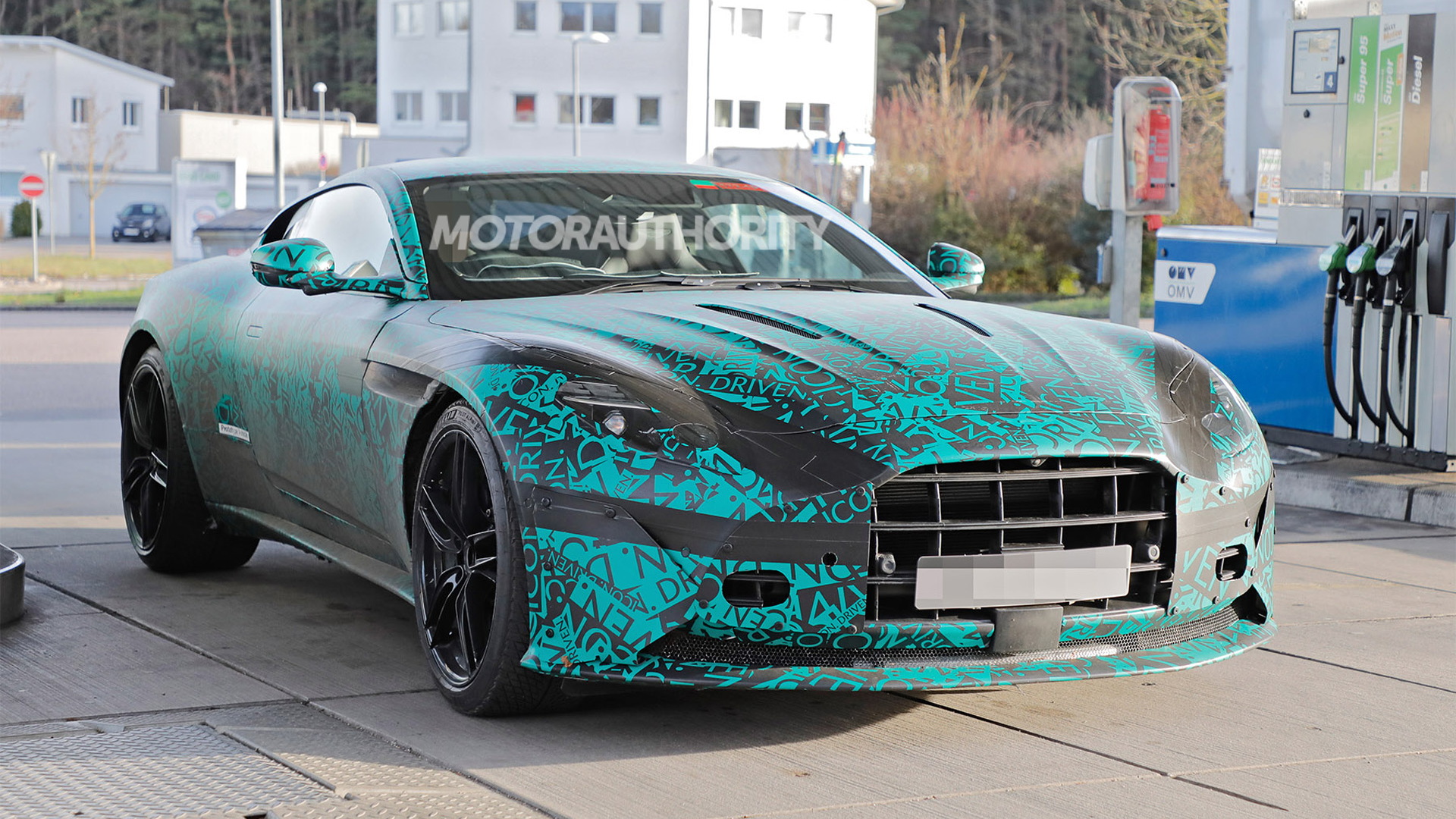 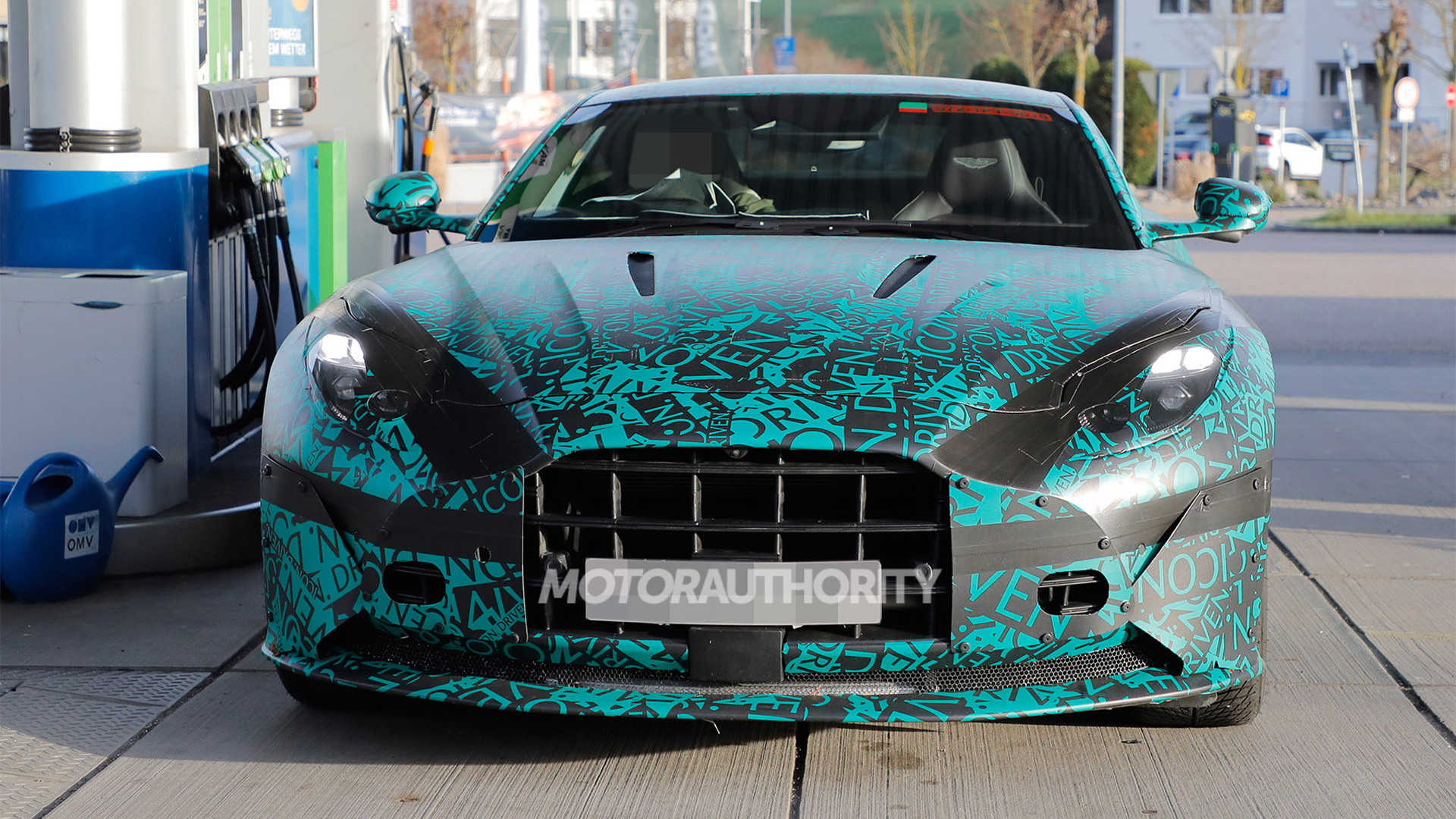 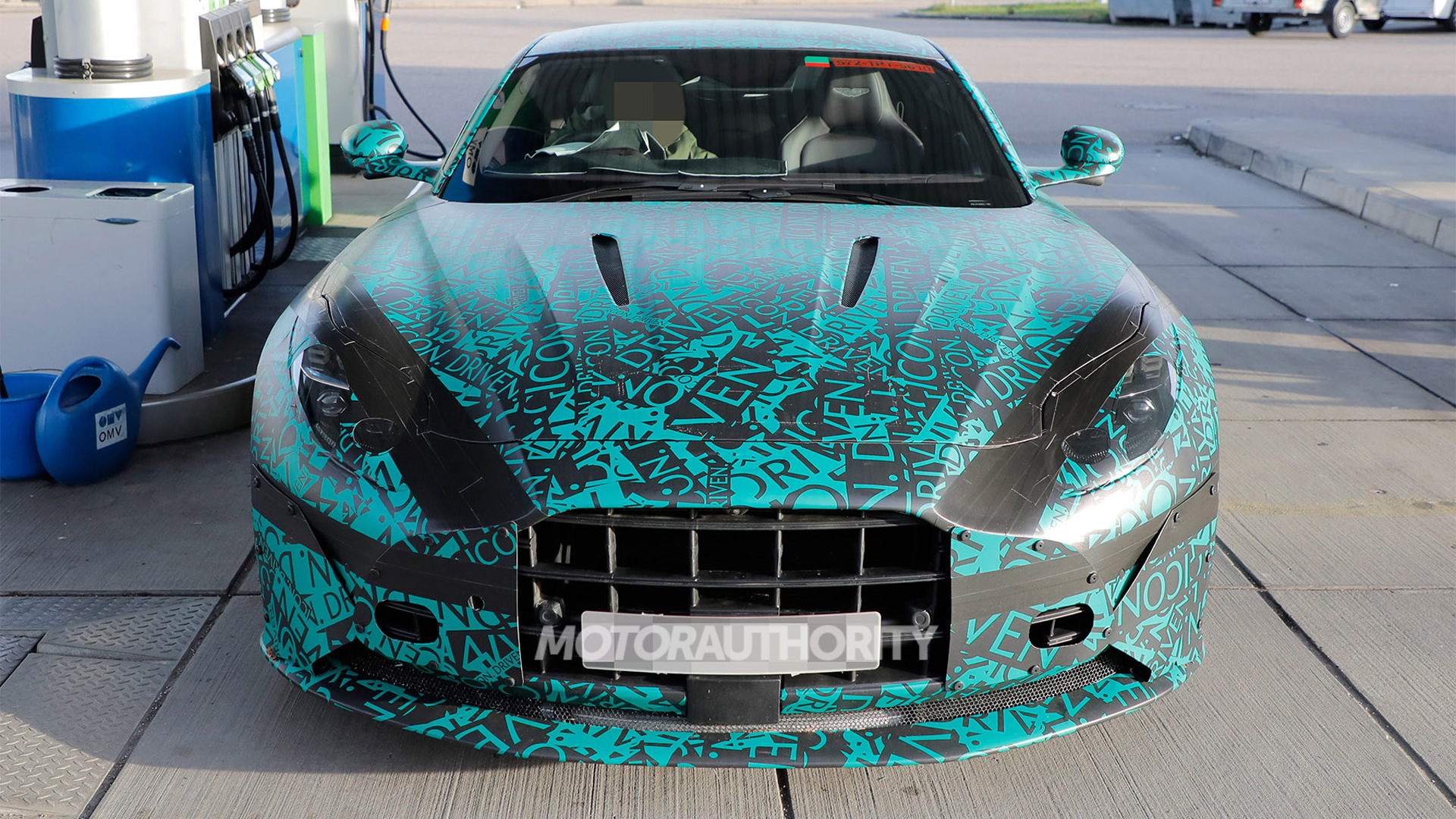 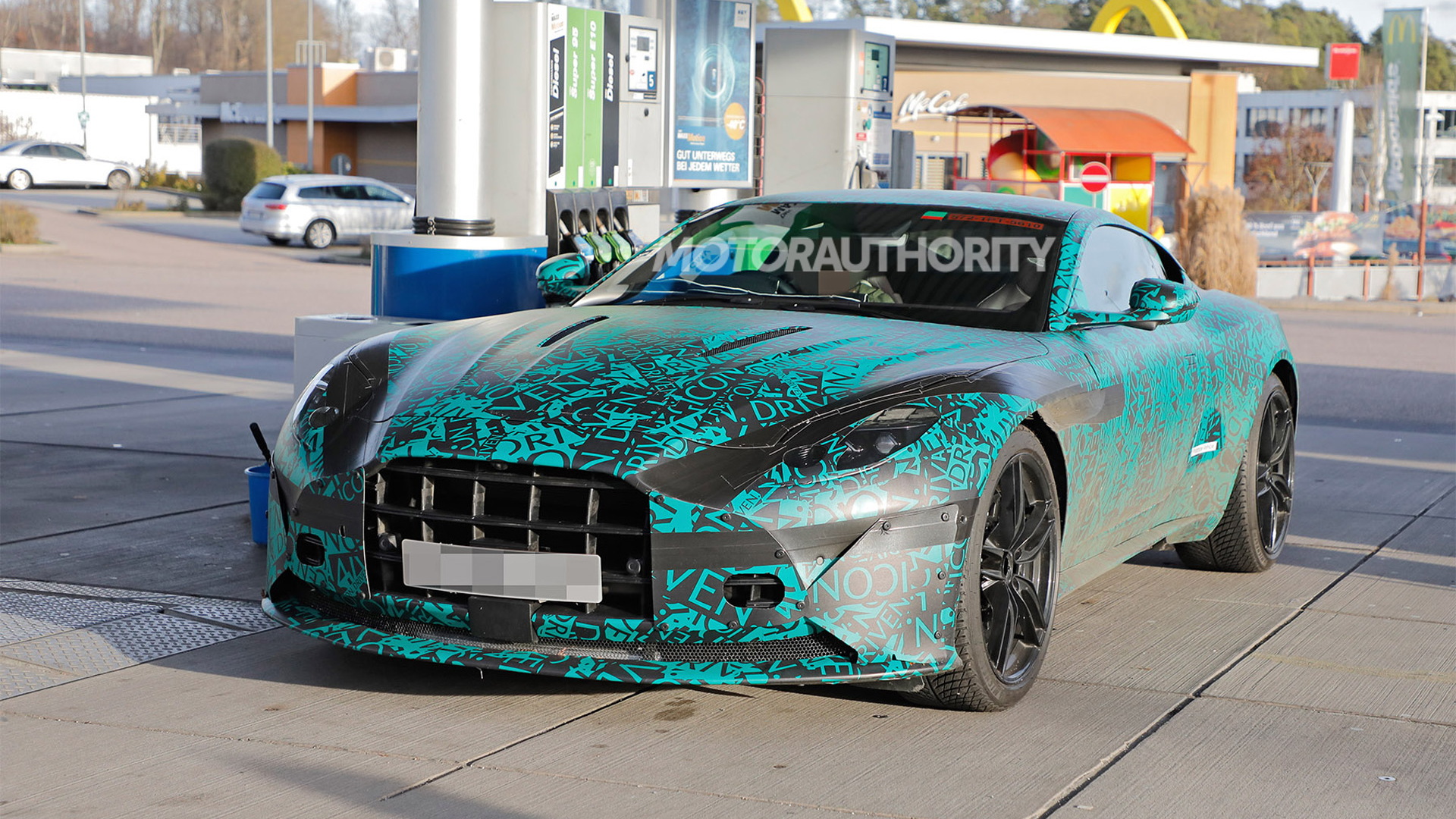 Aston Martin has been spotted testing an updated version of its DB11 grand tourer.

The DB11 originally arrived for the 2017 model year, and the changes made to the updated version may be significant enough to warrant a new name.

The updated car carries over most of the styling of the current version, though it has a new front end with a much larger grille and hood and front fenders that are now separate, as opposed to the current—and costly—design where the front hood and fenders are combined as one giant piece of rolled aluminum. The headlights are also a new design on this prototype.

Perhaps more significant with this update are the changes inside. A completely redesigned dash with a more advanced infotainment system is expected. The current design relies on outdated technology borrowed from Mercedes.

The updated model will still use borrowed technology, particularly when it comes to driver-assist features. New sensors feature at the front of the prototype.

The new car could debut later this year as part of Aston Martin's 110th anniversary celebrations. The automaker has stated that the first of its next generation of sports cars will be launched this year. The automaker is also planning a limited-edition model and a new DBS 770 Ultimate to mark the end of the DBS line.

Aston Martin's Vantage sports car is also set to receive a round of updates, after which Aston Martin will introduce the plug-in hybrid Valhalla hypercar in 2024 and possibly a mid-engine Vanquish supercar in 2025. The automaker will then launch its first EV, which will be a sports car. An electric SUV is also planned.