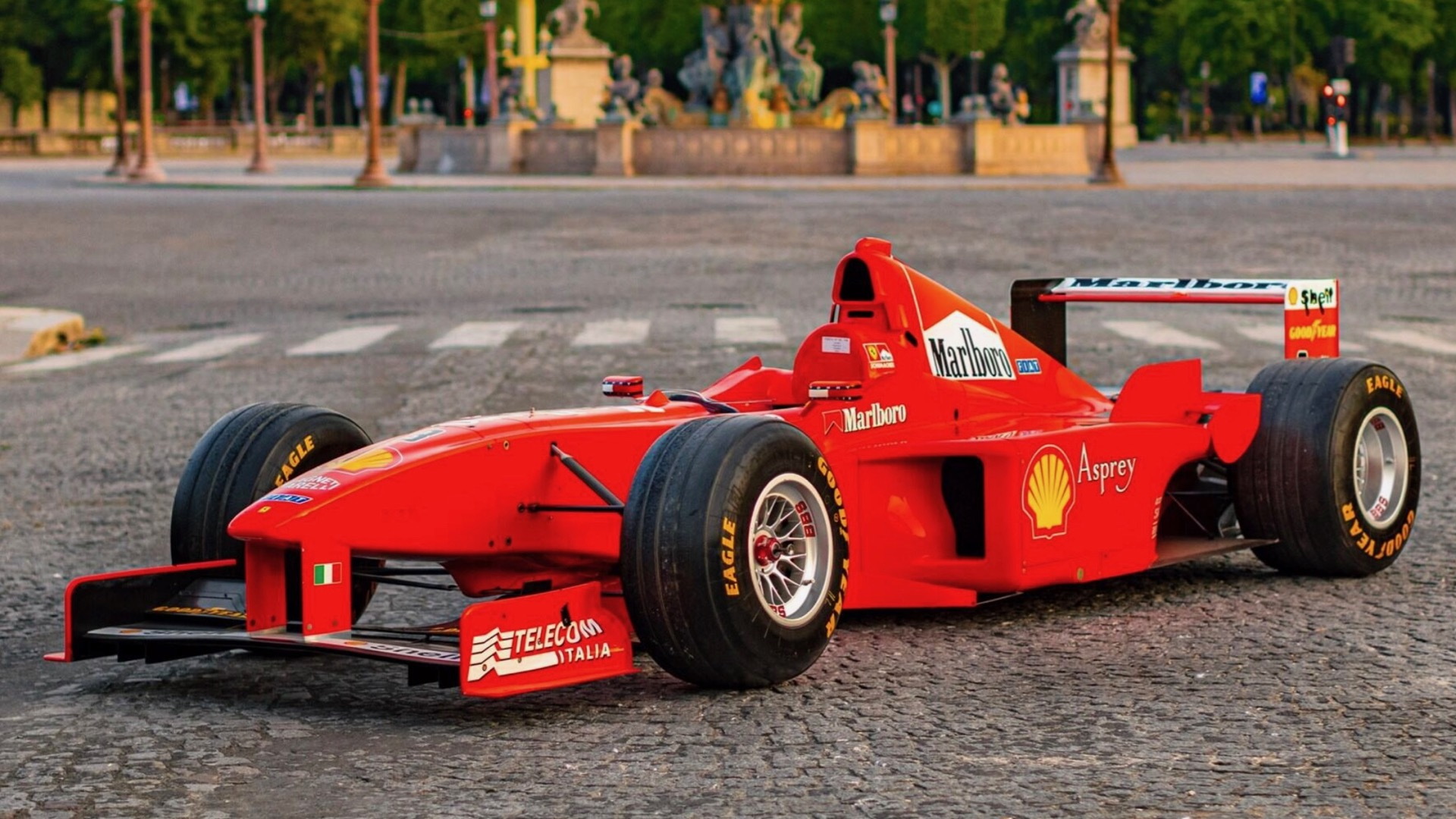 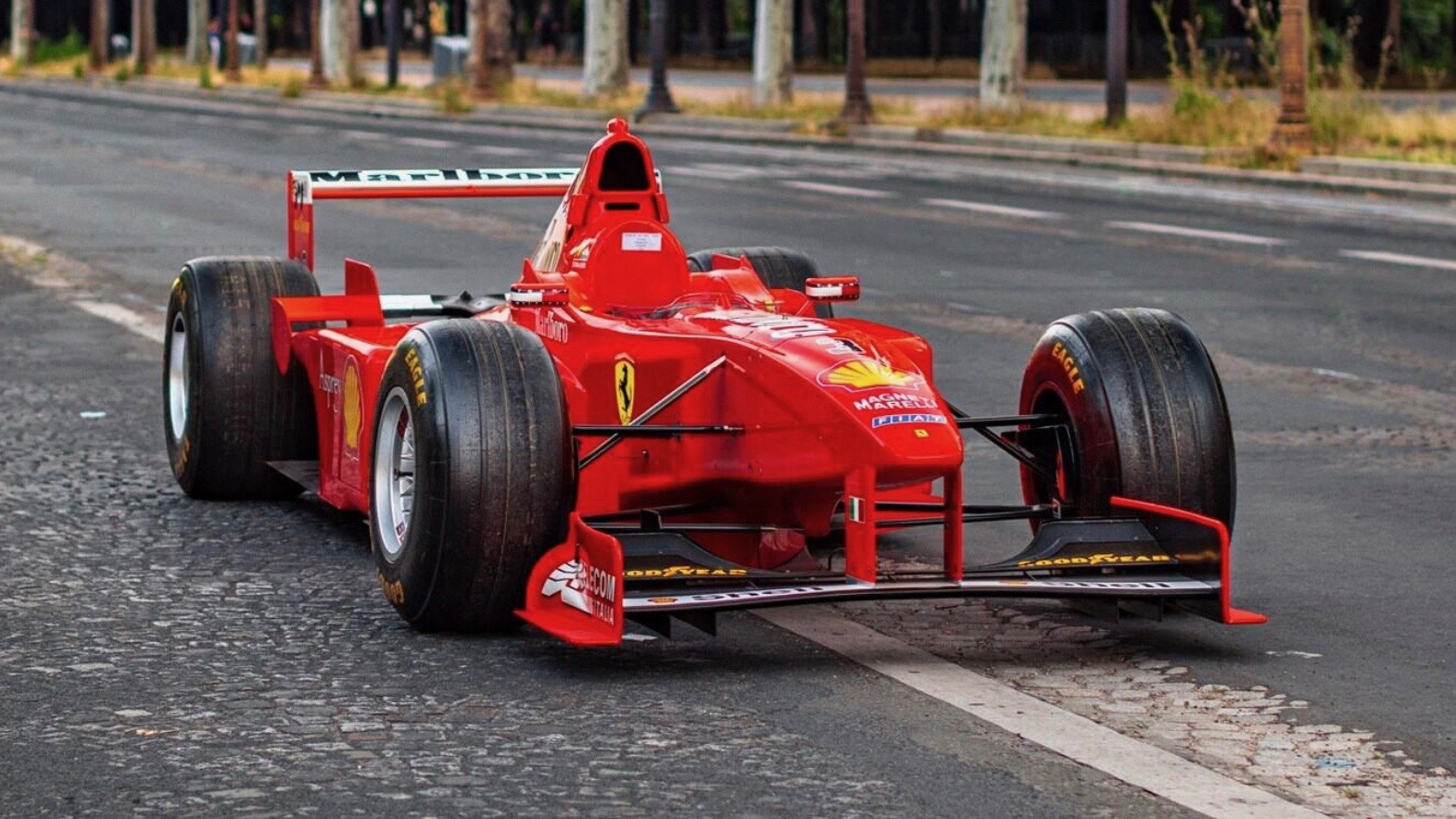 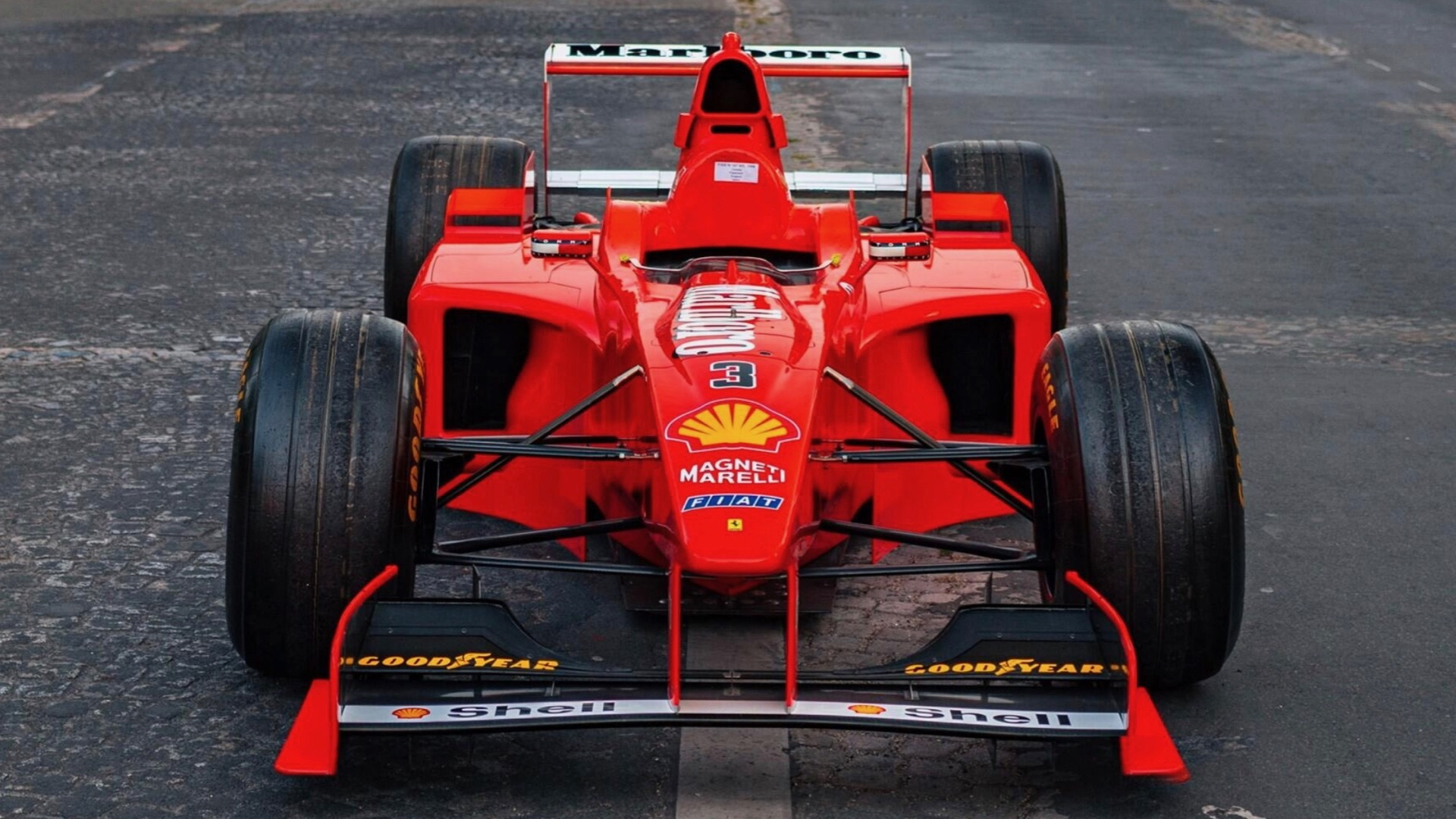 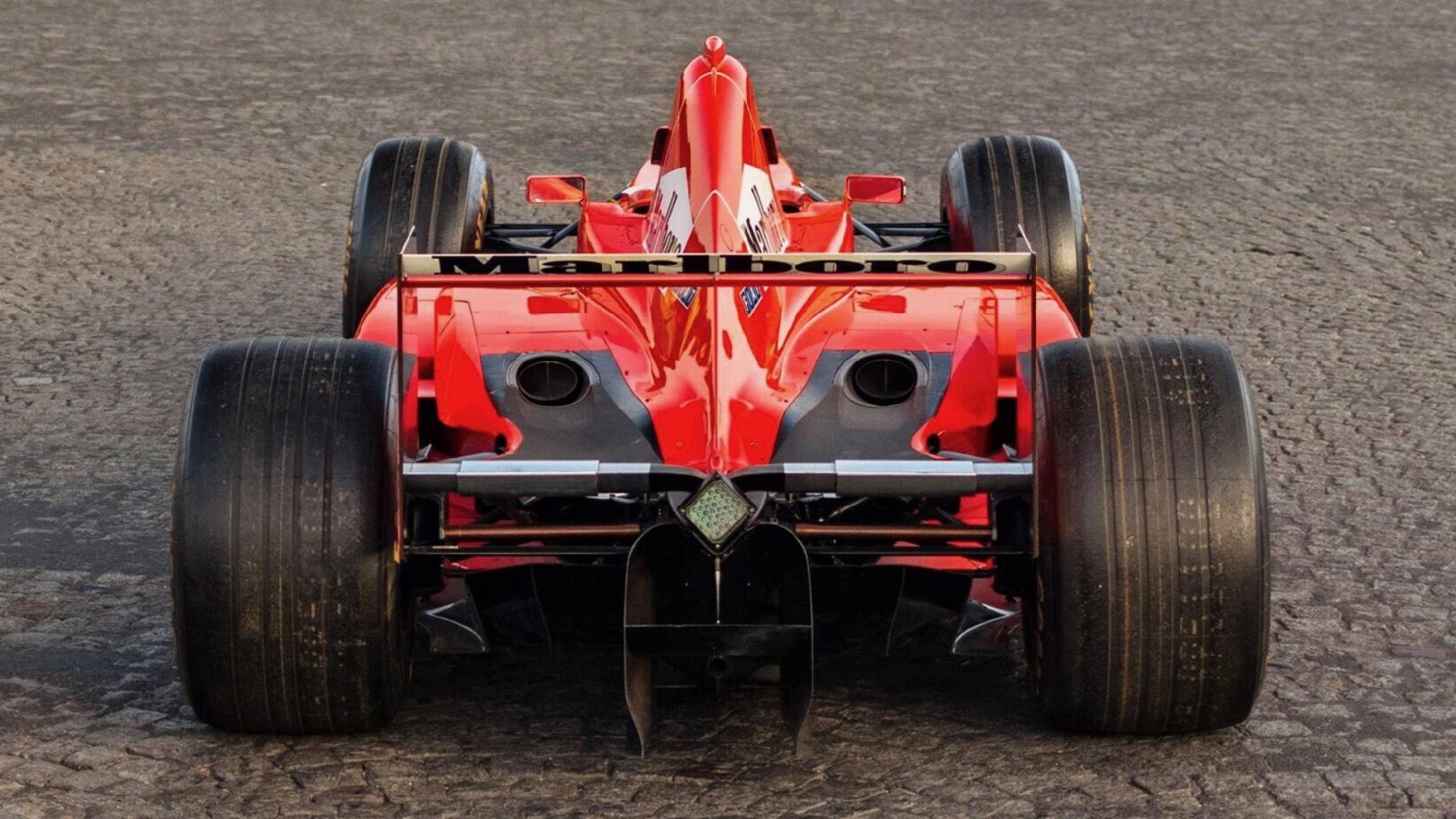 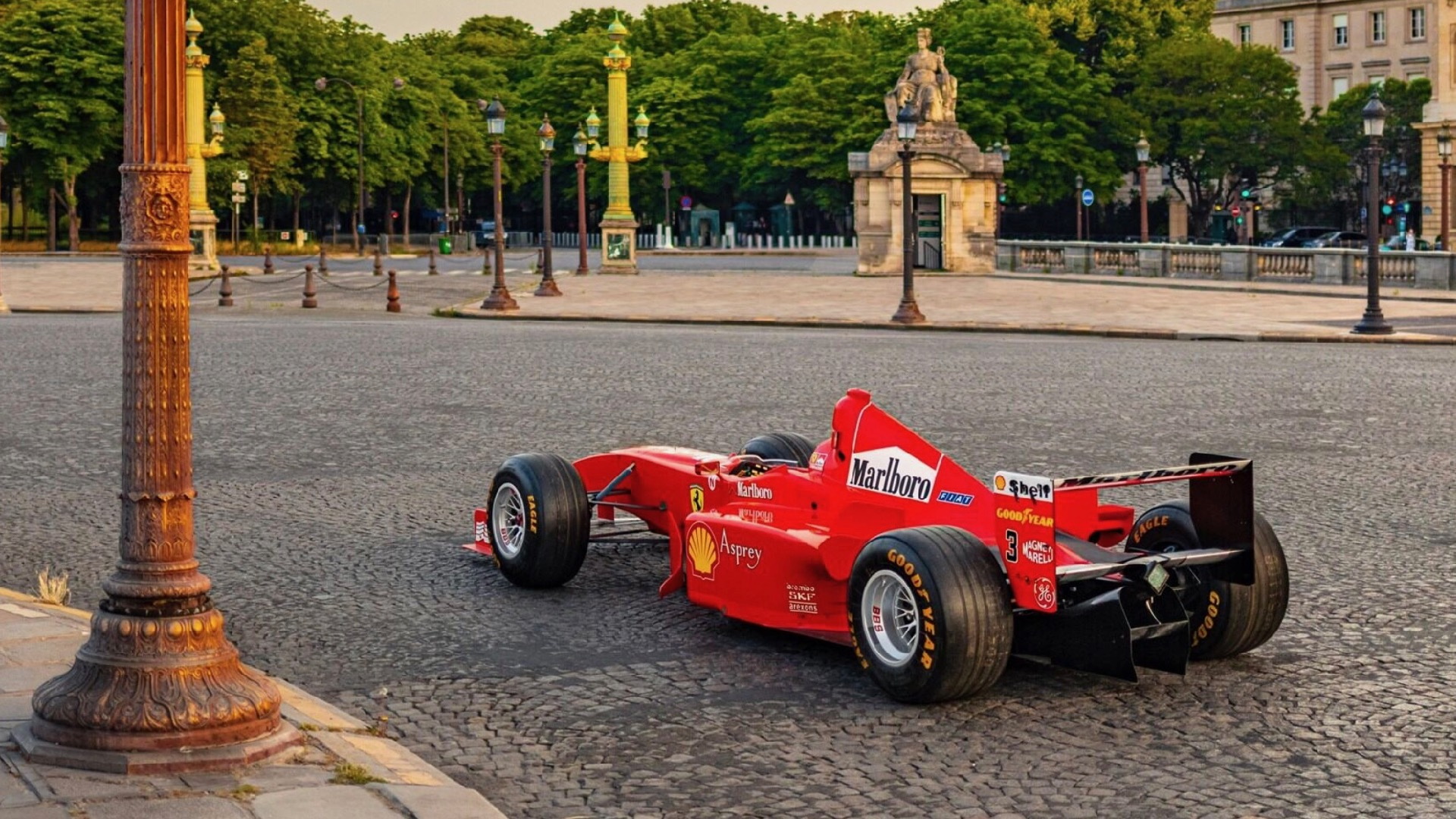 Michael Schumacher's most dominant Formula One car—with an undefeated record—is heading to auction with RM Sotheby's. It's scheduled to cross the block at the auction house's Monterey, California, scheduled for August 18-20.

You might expect Schumacher's most successful F1 car to be from his championship years at Ferrari from 2000 to 2004. But this Ferrari F300 was driven by the seven-time champion during the 1998 season, when Schumacher lost out to McLaren's Mika Häkkinen.

Nonetheless, this car—chassis 187—won all four of the races in which it was entered. Those races were the Canadian Grand Prix, French Grand Prix, British Grand Prix, and Italian Grand Prix. Chassis 187 is the only Ferrari F1 chassis to run at least three races and win every single race it entered, RM Sotheby's claims.

Powered by a 3.0-liter V-10 producing 800 hp, the F300 featured numerous refinements over its predecessors, including a "periscope" exhaust designed to move heat away from the 7-speed sequential gearbox, and sculpted air intakes that gave it a more streamlined look than 1997's F310B.

In addition to his four wins in chassis 187, Schumacher scored two more victories in Argentina and Hungary in 1998. His teammate Eddie Irvine was winless that season. Ferrari kept chassis 187 until September 1999, when it was sold to its previous owner, who kept it for 23 years.

RM Sotheby's didn't list a pre-auction estimate, but another F300 was listed earlier this year in DuPont Registry for $4.9 million. That car is chassis 189, which Schumacher drove to second place at the Luxembourg Grand Prix (held at the Nürburgring) and DNF-ed at the season-finale Japanese Grand Prix at Suzuka, handing Häkkinen and McLaren the driver's and constructor's championships, respectively. Given the success of chassis 187, it should command more than chassis 189.