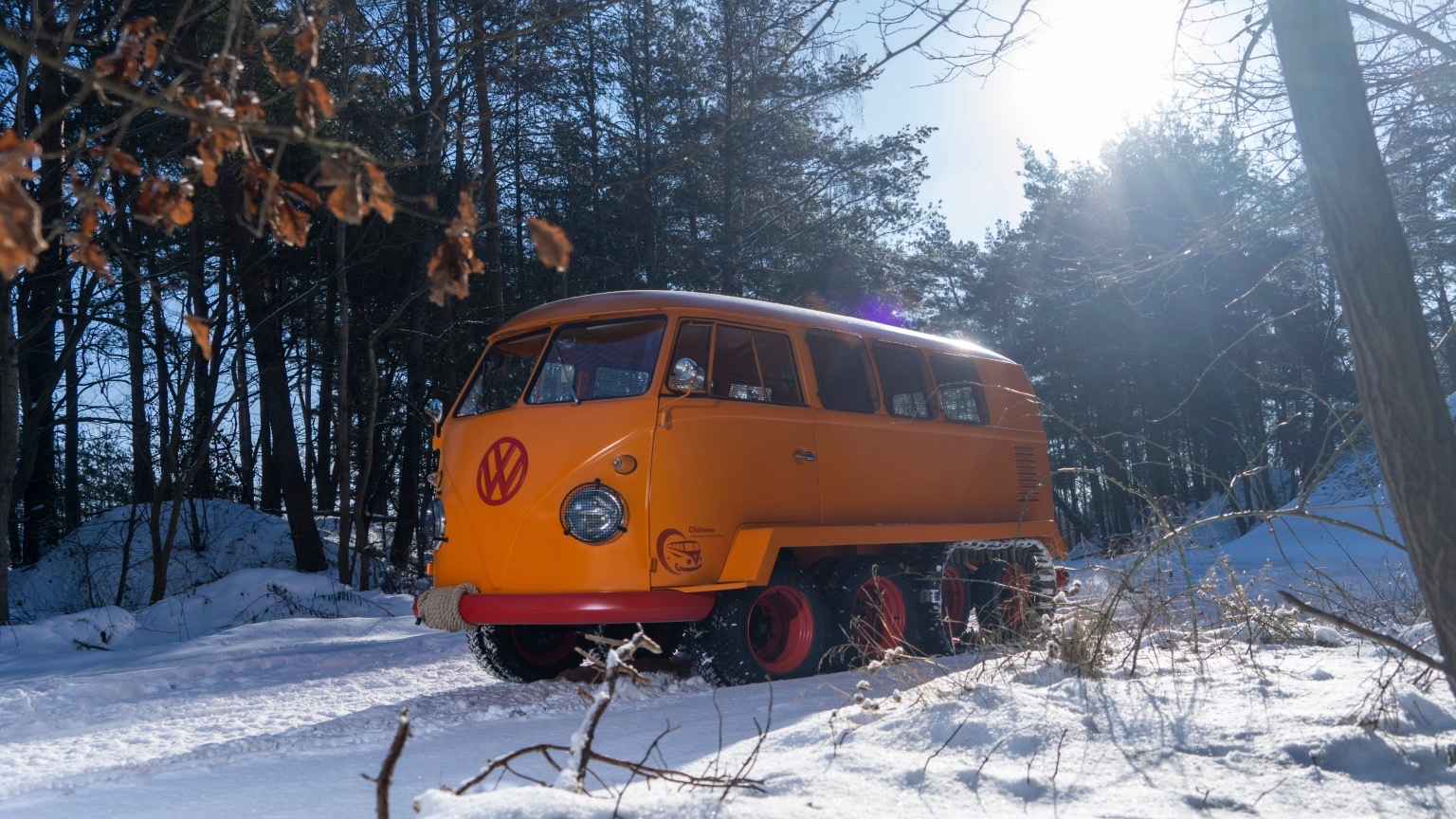 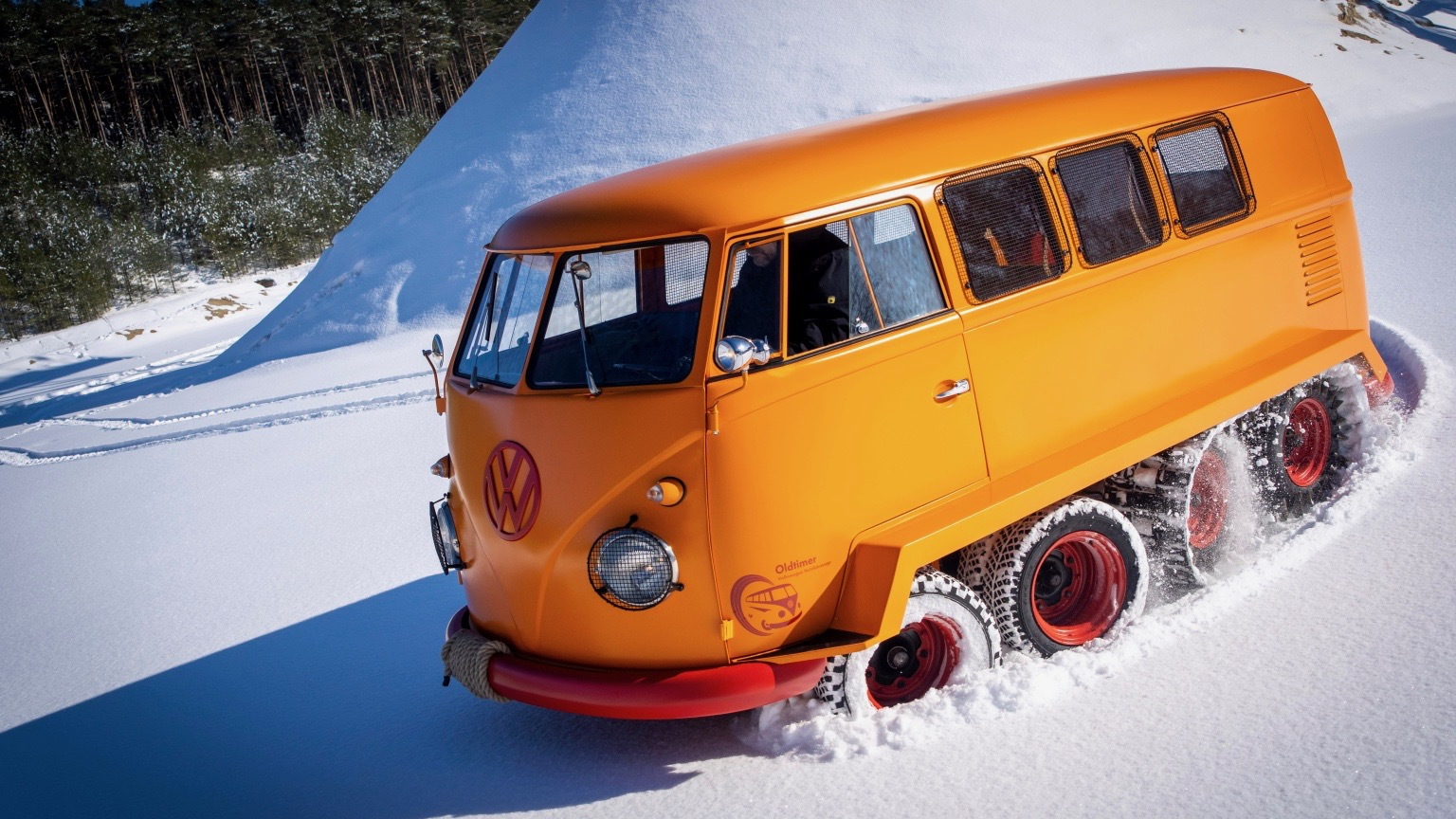 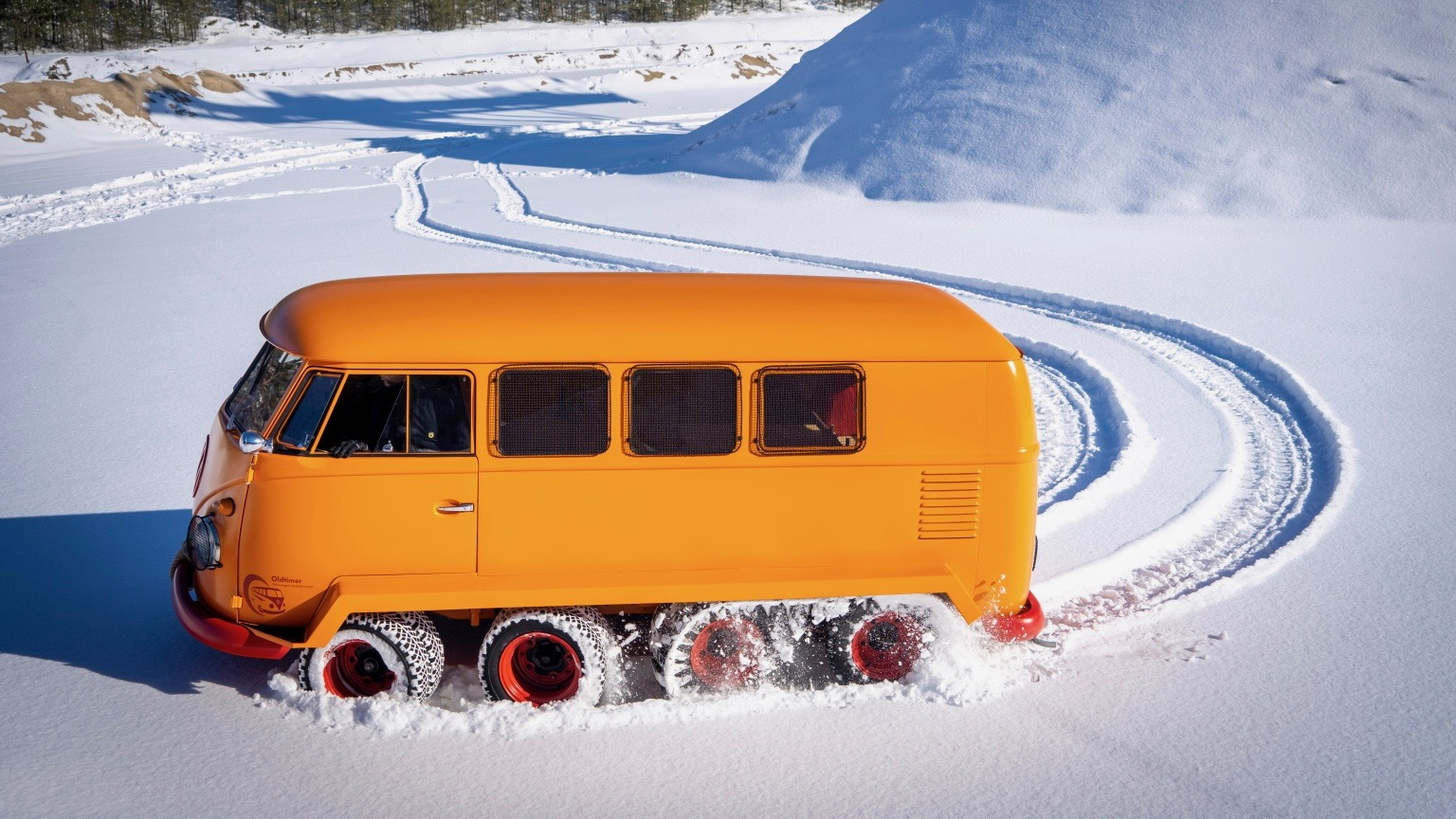 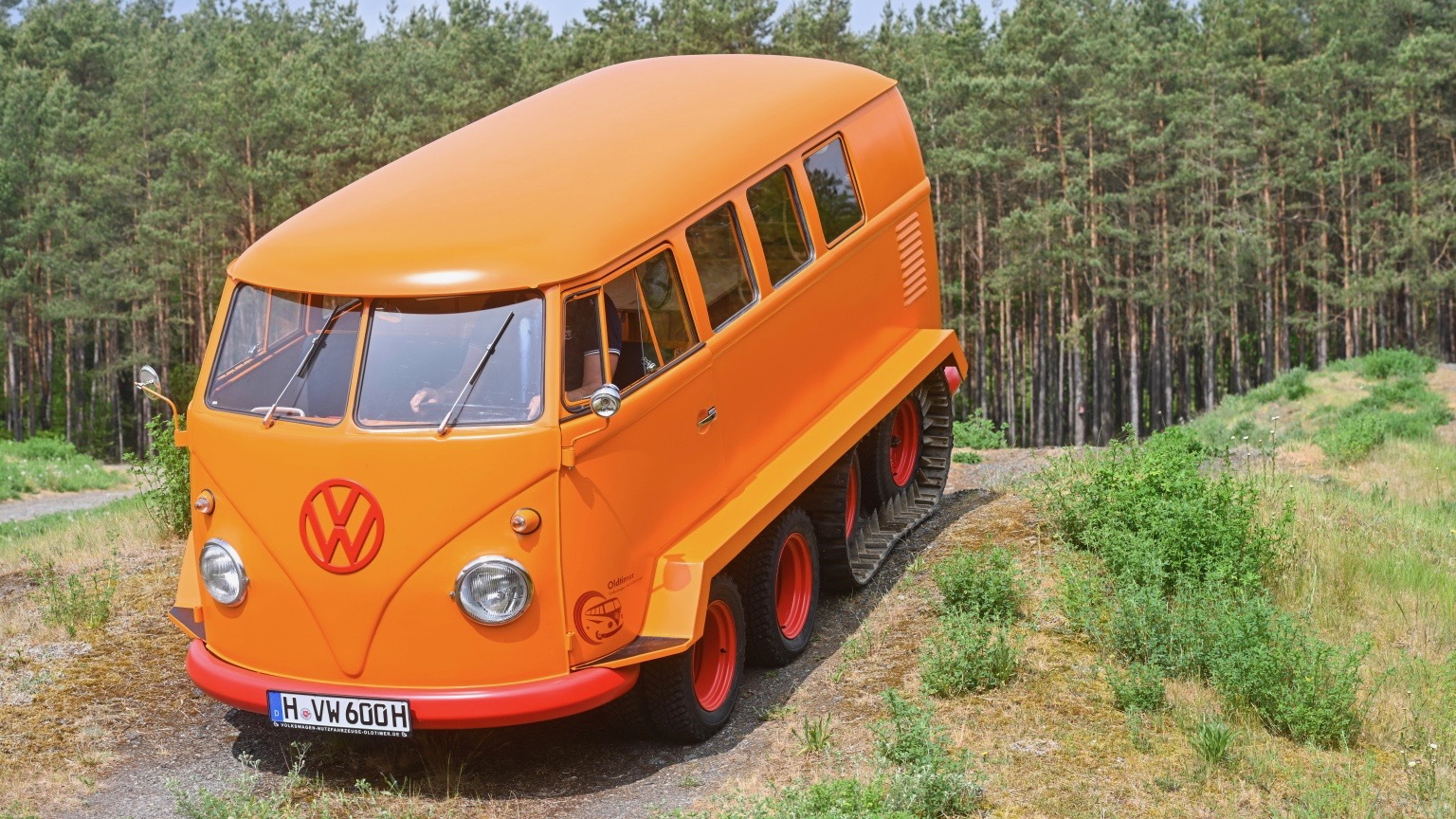 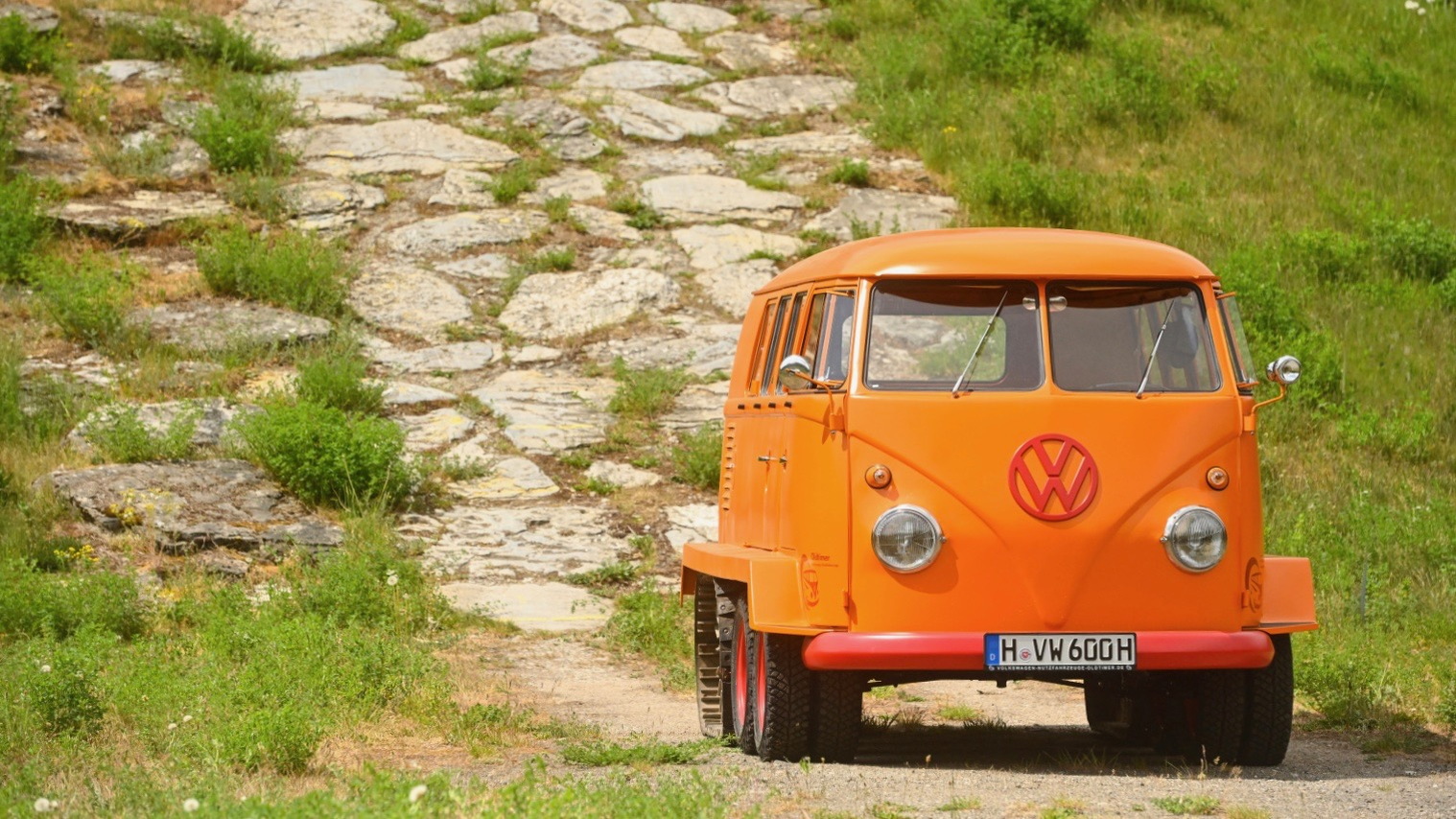 Six decades ago, an enterprising mechanic turned a Volkswagen Microbus into a half-track. Known as the "Half-track Fox," the unique van just emerged from a full restoration to once again tackle mountainous terrain.

The Half-track Fox was built in May 1962 at VW's plant in Hannover, Germany. It was delivered to Viennese VW mechanic Kurt Kretzner, who soon converted it into something more suitable to Alpine trails.

Kretzner wanted a van with good off-road capability that would still be easy to drive, according to VW. Not finding a vehicle that met those requirements, he decided to make its own.

While it is a true half-track, the Fox differs somewhat from many mass-produced versions, which were most commonly used by Allied and Axis militaries during World War II. Where these vehicles had a set of conventional wheels at the front and a tank-like track assembly at the back, the Half-track Fox has four axles—each with its own set of wheels.

The two front axles both have dual wheel sets with 14-inch tires, and can both steer. The rear 13-inch wheels are joined together with a track made from aluminum and rubber blocks. Kretzner opted for this arrangement because, with conventional front wheels, it would be easier to steer than a fully-tracked vehicle, according to VW. The 32.8-foot turning circle almost allows the van to turn within its own length, the automaker notes.

Power is provided by the stock 1.1-liter flat-4, which produces just 33 hp. That limits top speed to 22 mph, which VW noted is a bit slower than an actual fox.

Kretzner seemingly planned to put this unusual vehicle into production, even publishing sales literature. Two more are thought to have been built before 1968, but their whereabouts are unknown.

The Half-track Fox kept a low profile before being purchased by the Porsche Museum of Gmünd, Austria, (not to be confused with Porsche's official museum in Zuffenhausen, Germany), and was later sold to Bullkartei e.V.—a group of Microbus enthusiasts. In 2005, this group started a restoration that was never completed. The Half-track Fox was then sold to VW in 2018, and is now part of the heritage collection of its commercial vehicle division.

The restored Half-track Fox makes its public debut just in time for the European launch of the electric VW ID. Buzz. Scheduled to reach the United States in 2023 as a 2024 model, the ID.Buzz was inspired by the original Microbus, and will also be built in Hannover. It would probably look pretty cool as a half-track, too.