Round four of the 2022 Formula One World Championship takes us to historic Imola in Italy this weekend, where a special race, the Made in Italy and Emilia Romagna Grand Prix, is being held. This will be the third year in a row that Imola, officially the Autodromo Internazionale Enzo e Dino Ferrari, hosts an F1 race, following a gap of many years.

This weekend will also see the return of the sprint race qualifying format that was first trialed last year, albeit with more points up for grabs. This year, the winner of the 62-mile race picks up eight points, five more than last year, while points are now allocated to the top eight, rather than just the top three as previously.

The sprint race qualifying will also be held at rounds in Austria and Brazil this year. 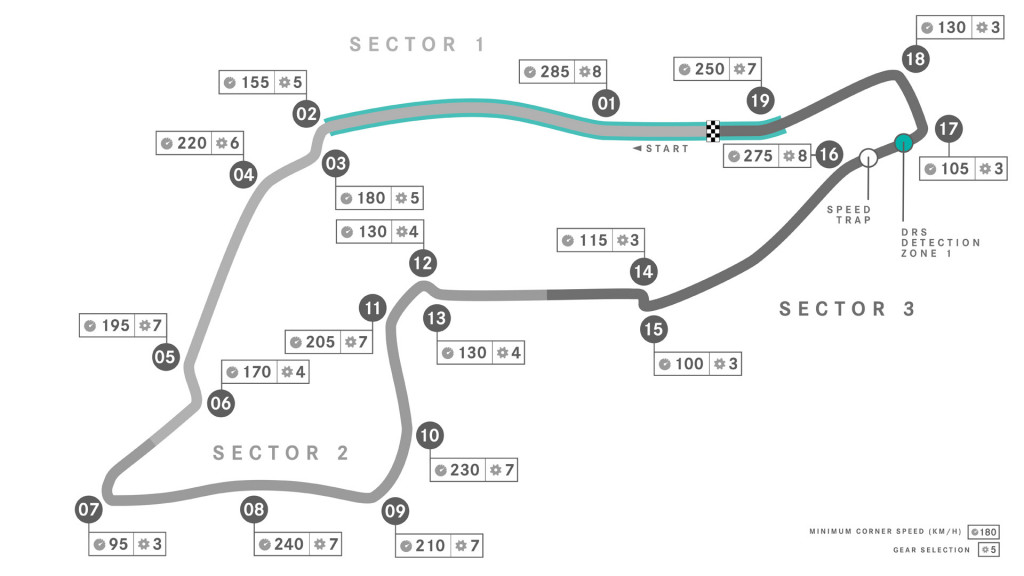 Imola is an anti-clockwise circuit, which in previous times has hosted the Italian and San Marino Grands Prix. The track stretches 3.08 miles and is quite narrow in places, which adds to the challenge of overtaking and puts an emphasis on strategy.

It has a bumpy surface, and calls for a maximum downforce setup, even though the current configuration has several full throttle sections. Just over 70 percent of a lap is taken at full-throttle, in fact, the third-highest percentage of the 2022 F1 tracks. This includes 15 seconds of foot-to-the-floor lap time from the exit of the final corner to the braking zone for Turn 2.

Looking at the weather forecast, we should be in for fine conditions for most of the weekend though Sunday's race could present some rain. Pirelli has nominated its C2 compound as the P Zero White hard, the C3 as the P Zero Yellow medium, and the C4 as the P Zero Red.

Going into Saturday's sprint race qualifying and Sunday's full race, Ferrari's Charles Leclerc leads the 2022 Drivers' Championship with 71 points. Mercedes-Benz AMG's George Russell is second with 37 points and Ferrari's Carlos Sainz is third with 33 points. In the Constructors' Championship, Ferrari leads with 104 points, versus the 65 of Mercedes and 55 of Red Bull Racing. Last year's winner at Imola was Max Verstappen driving for Red Bull.