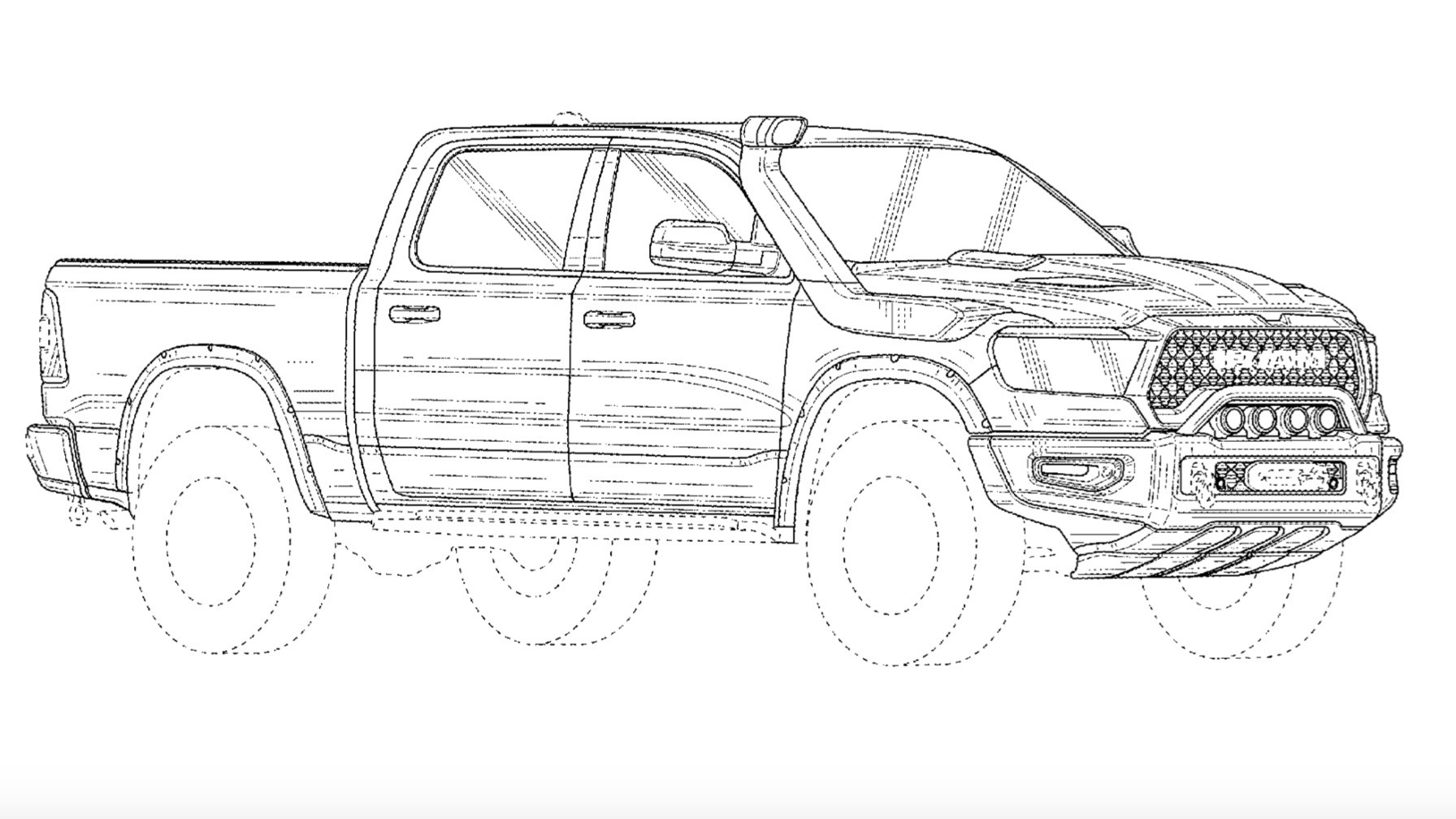 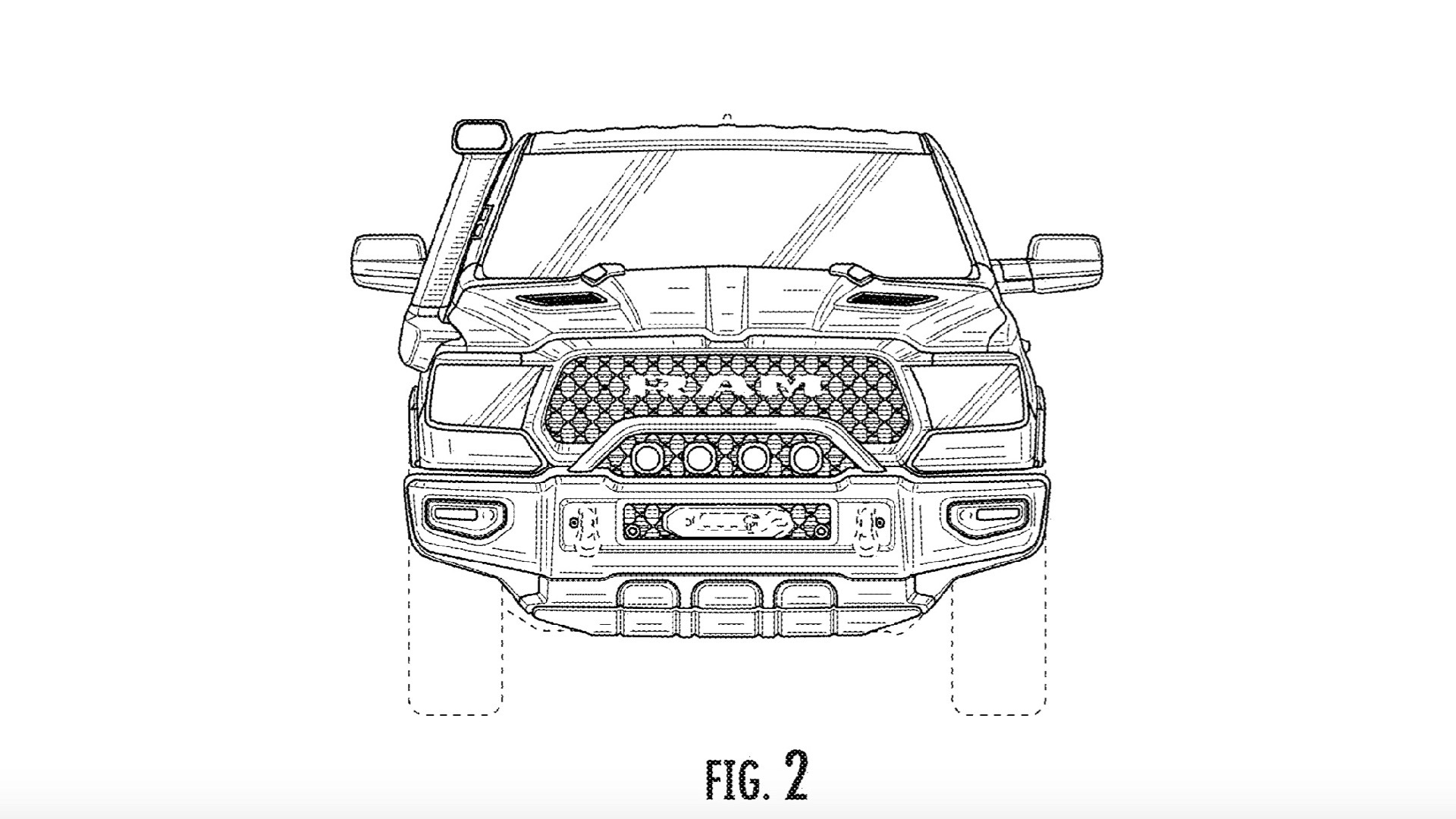 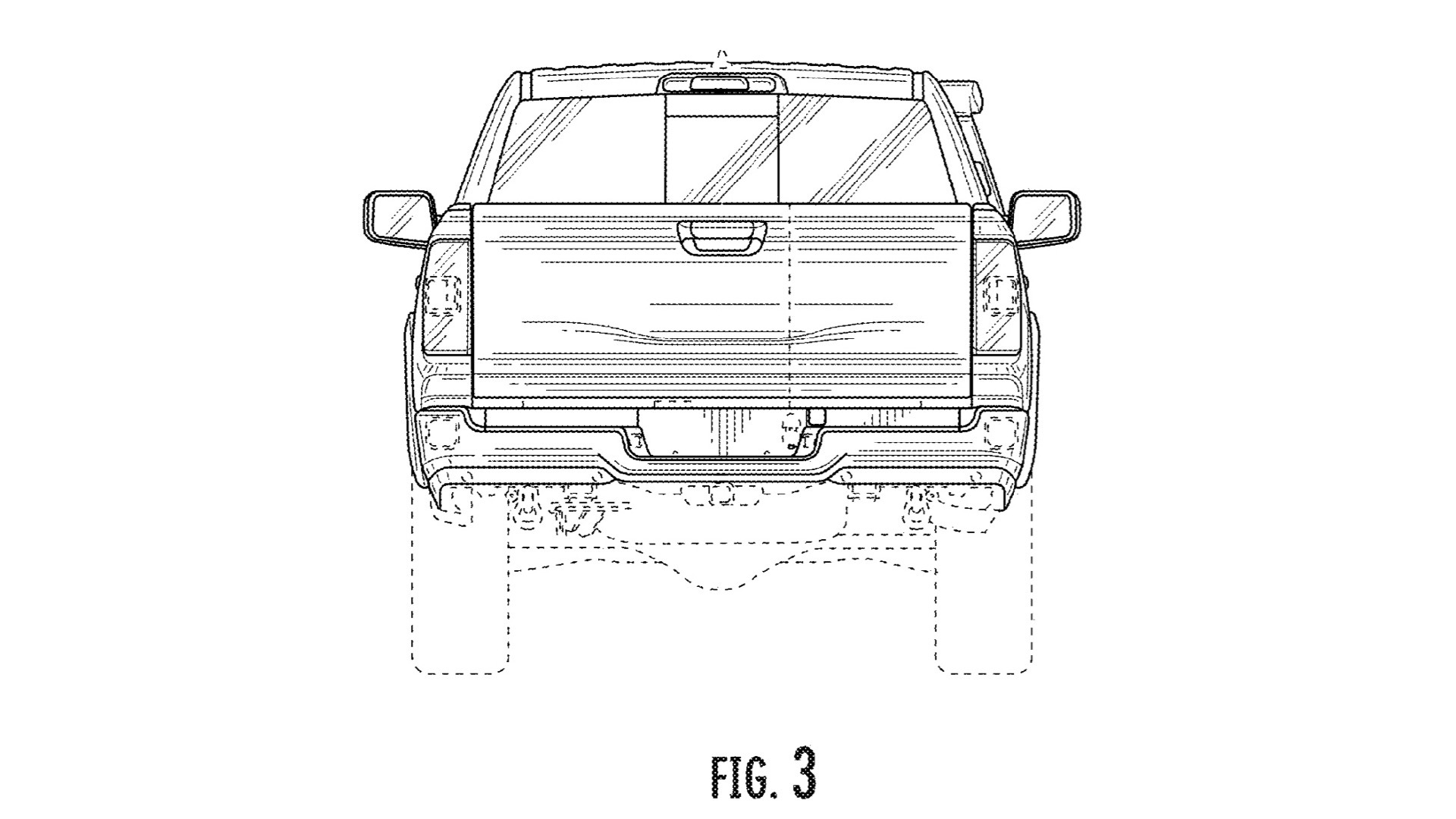 The Ram 1500 Rebel OTG (short for "Off the Grid") concept may see production, judging by a recent patent filing by Ram parent Stellantis with the United States Patent and Trademark Office (USPTO) that was originally spotted by Car and Driver.

The Rebel OTG concept debuted at the 2019 SEMA show clothed in Mopar-sourced accessories. The patent images show a similar truck, indicating Ram is considering a production model based on the concept.

The truck in the patent images isn't quite as accessorized as the OTG concept, however. It lacks the concept's Yakima bed rack, rooftop tent, collapsible awning, and bed-mounted slide-out kitchen. But it still has the concept's snorkel, bespoke grille, and front and rear bumpers.

The front bumper incorporates driving lights and a winch. Recall that the concept had a 10,000-pound Warn winch from the Ram 2500 Power Wagon, plus a 2.0-inch lift kit, beadlock-capable wheels, 35-inch tires, and underbody protection.

Patent filings are no guarantee of production plans, but Car and Driver speculates that the OTG concept could go on sale as a Mopar special edition. Ram and other Stellantis brands occasionally launch such vehicles using accessories selected from the Mopar catalog.

A production truck based on the OTG concept would be something a little different. Off-road versions of half-ton pickups, such as the Ford F-150 Raptor and Ram's own TRX, tend to focus on performance, while the OTG concept leans more in the overlanding direction. It also wouldn't be the first time Ram took its queue from customer modification preferences. For the 2022 model year it launched Ram 1500 G/T models based around popular mods.