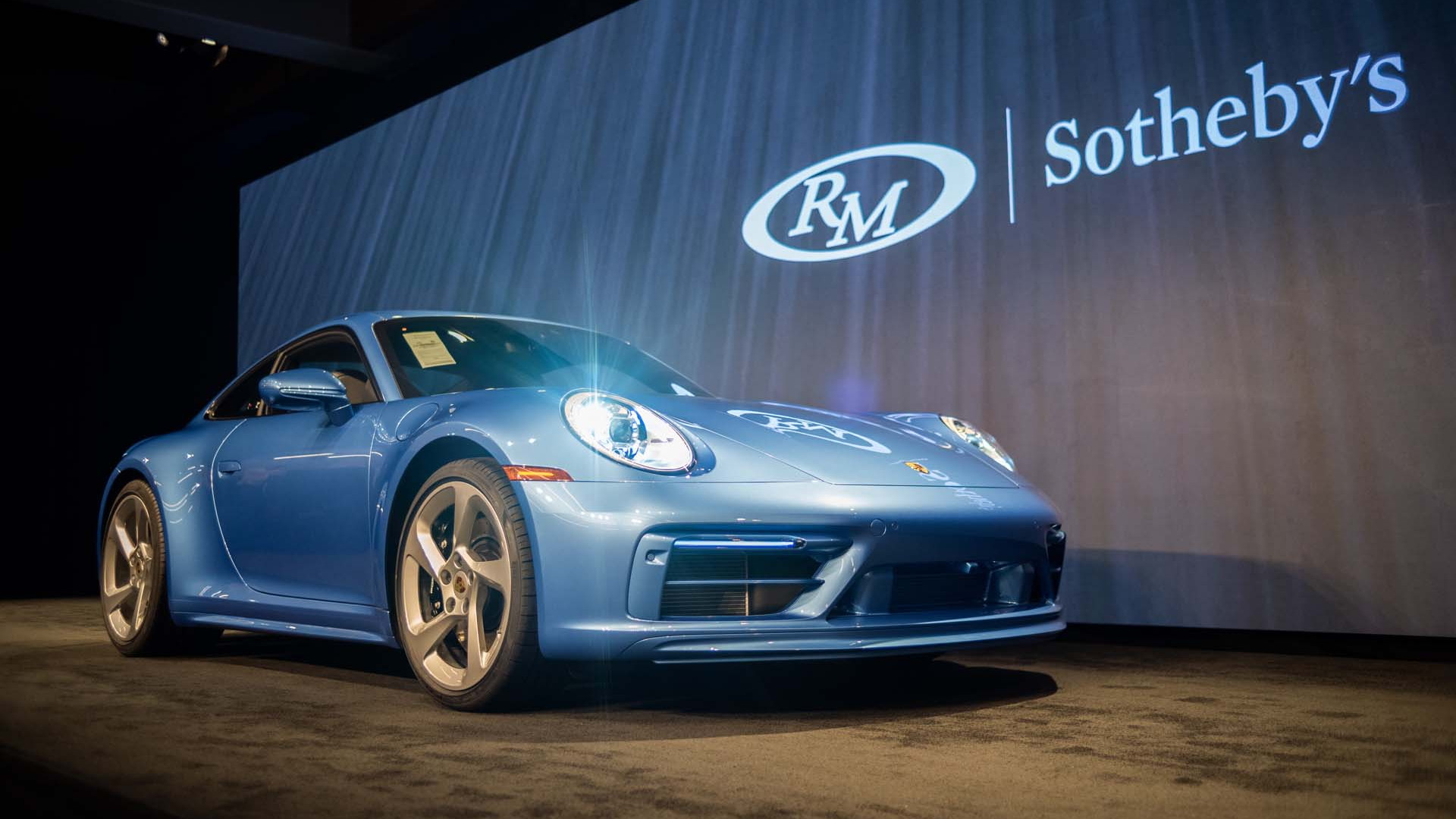 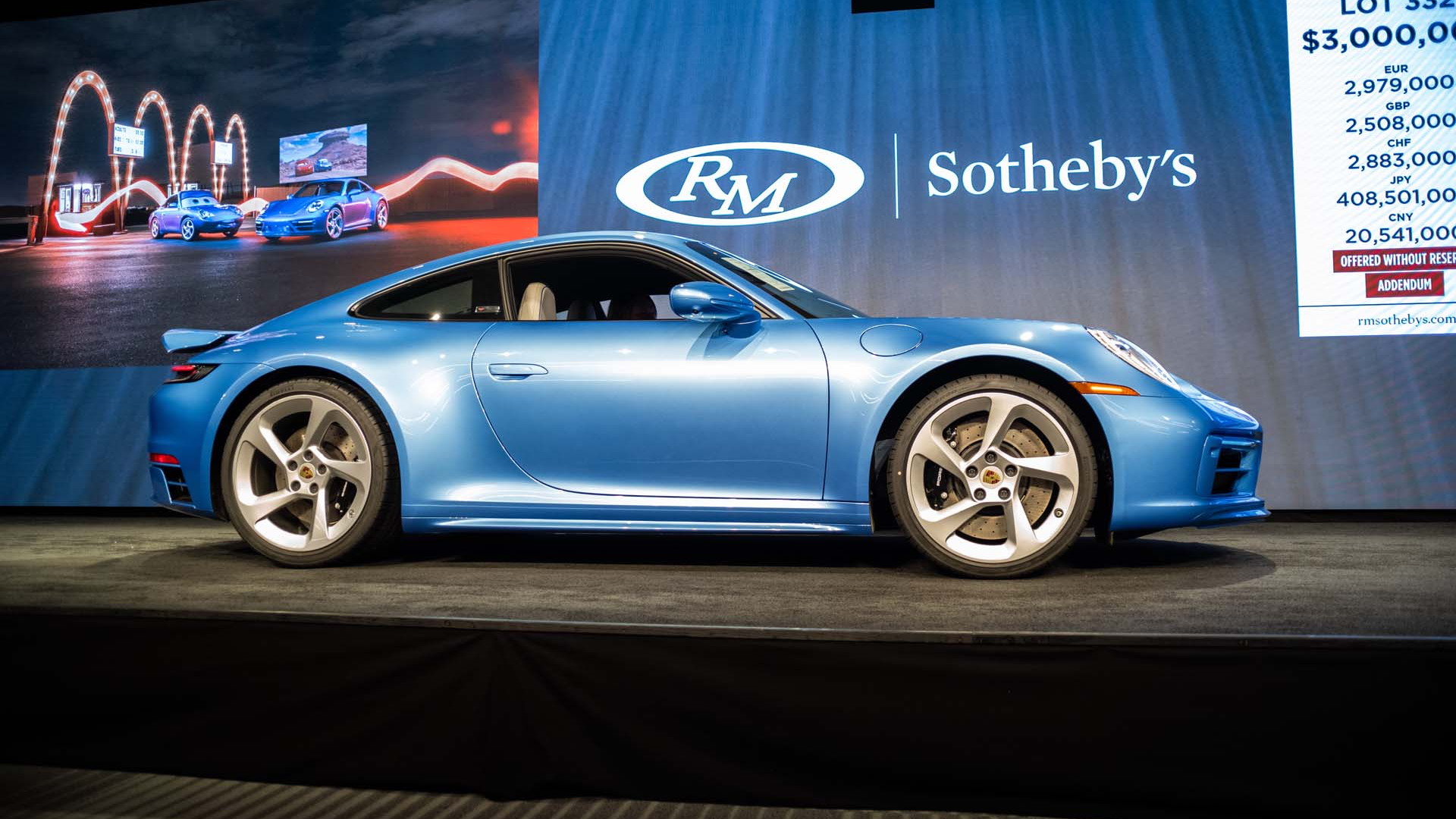 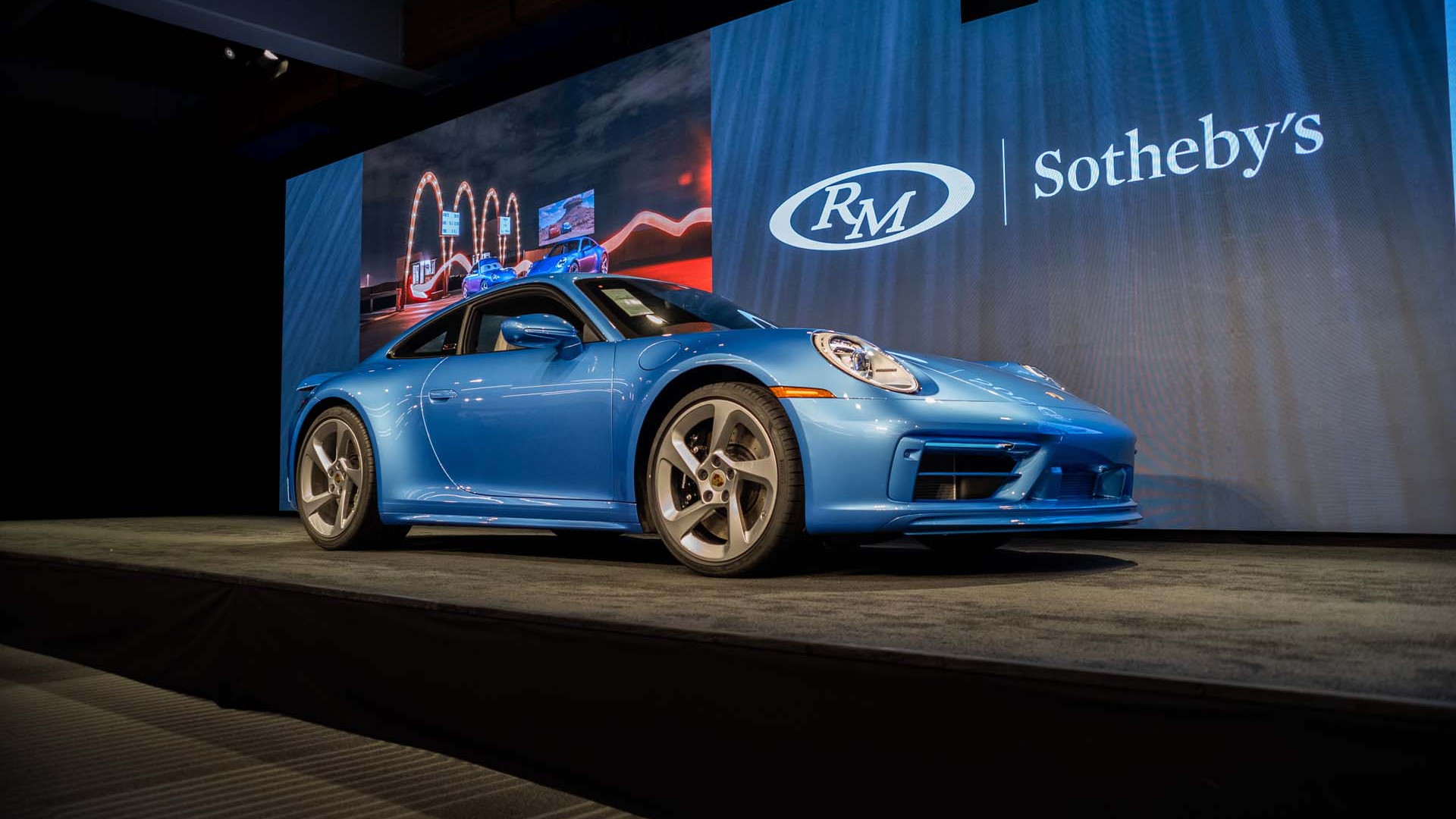 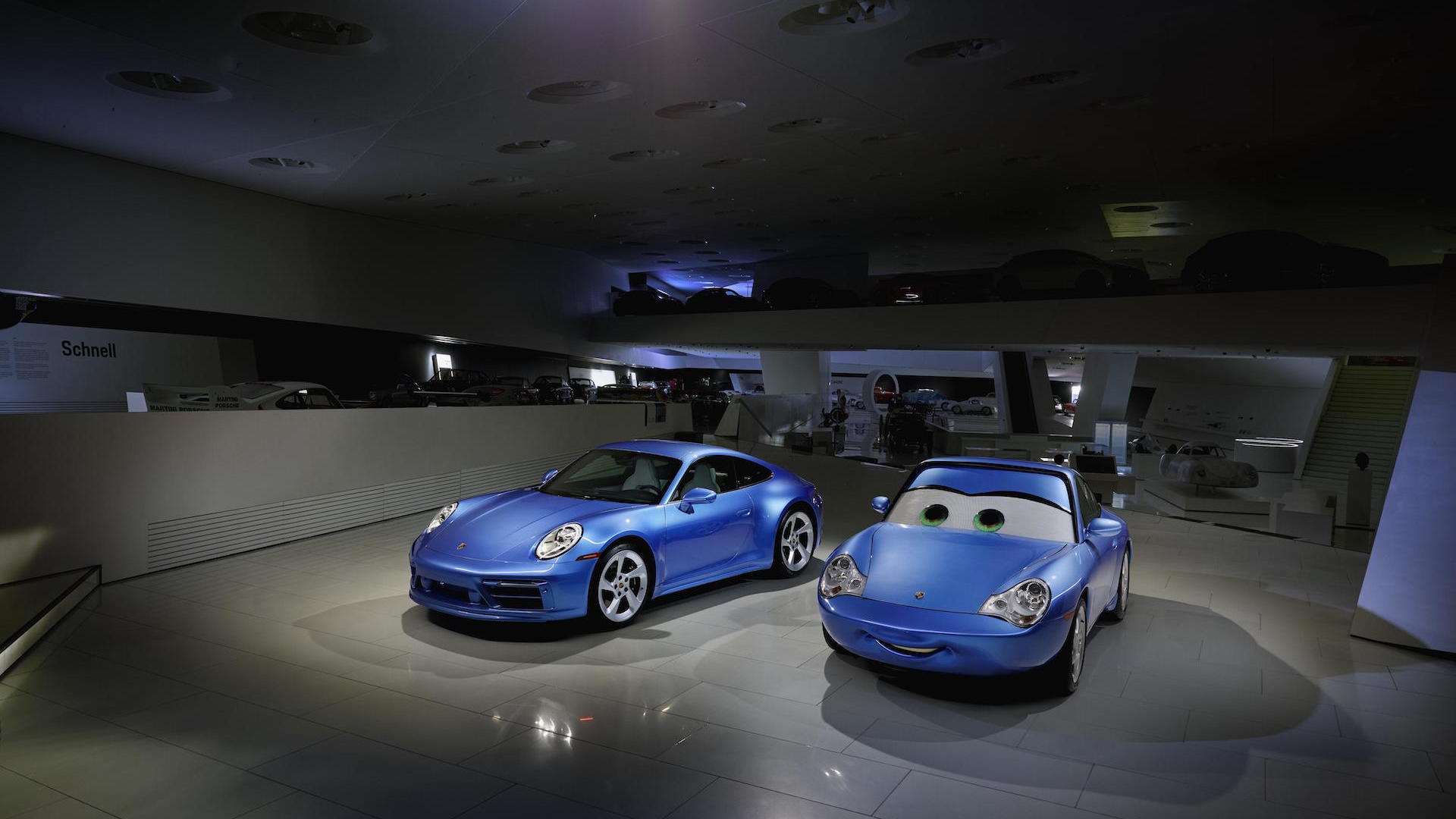 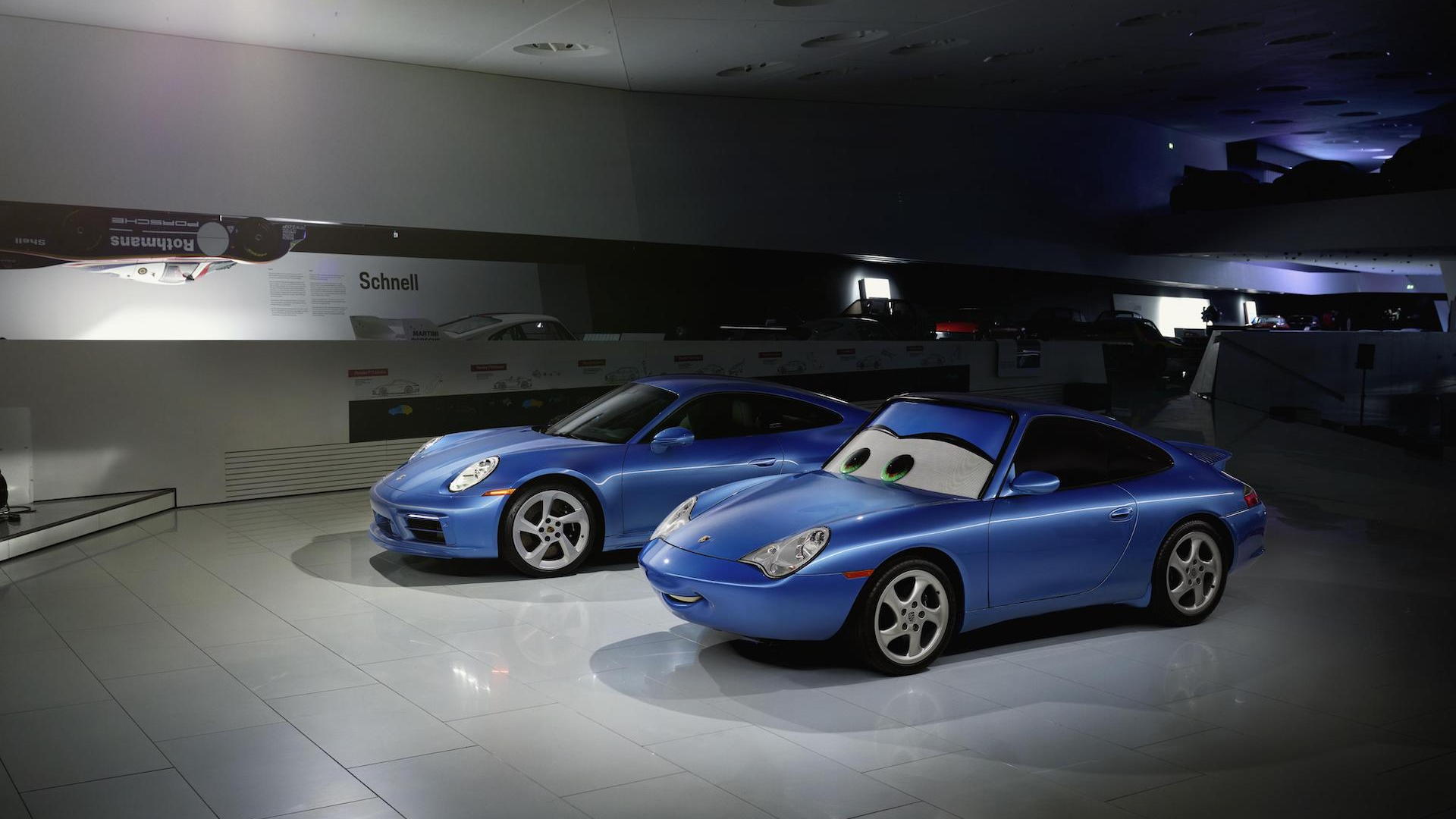 Porsche and Pixar Animation Studios have created a real-life interpretation of Sally Carrera, the animated 2002 Porsche 911 Carrera from the Pixar movie "Cars," and it was auctioned off for charity.

The project was first announced in March and just the one example, known as the Porsche 911 Sally Special, has been built. It was sold on Aug. 20 during an RM Sotheby’s auction coinciding with 2022 Monterey Car Week, together with a matching watch, for $3.6 million. All proceeds will benefit Girls Inc. and USA for UNHCR, the latter providing aid for children and their families affected by the conflict in the Ukraine.

A collaboration between Pixar, Porsche's own design studio, and the automaker's Exclusive Manufaktur personalization program, the project started out as a way to commemorate this year's 20th anniversary of the 2002 911 Carrera. Sally, who serves as the main booster for the quaint town of Radiator Springs in Cars, is probably the most famous 2002 911 around, after all.

Her real-life counterpart is based on the fastest of the modern 911 Carreras, the 2022 911 Carrera GTS. The car packs a twin-turbo 3.0-liter flat-6 rated at 473 hp and 420 lb-ft of torque, or enough for 0-60 mph acceleration in 3.1 seconds. That figure is with the 8-speed dual-clutch automatic. Opt for the 7-speed manual, which the 911 Sally Special features, and you're looking at a time of about 3.9 seconds.

The 911 Sally Special's design is only inspired by the movie car. We couldn't imagine how the design team would replicate Sally's eyes and other facial expressions.

“We decided early on that we wanted to make a drivable 911, inspired by, but not a direct copy of Sally Carrera,” Jay Ward, Pixar's creative director of franchise, said in a statement. “After all, she loved to drive, and this helped guide us.”

This is a true one-of-one build, and it includes an inscription on the dash to signify that fact. Other unique details include the blue paint, known as Sally Blue Metallic, which was applied to as much of the exterior as possible. The car was also fitted with Sally’s pinstripe tattoo at the rear.

You'll also notice the wheels, which feature a design similar to Porsche's original Turbo-style wheels offered in the early 2000s and the design featured on Sally Carrera. For the 911 Sally Special, the five-spoke design needed to be modified to scale up to the 20- and 21-inch dimensions of the wheels on the modern car. The winning bidder will also receive a second set of standard wheels which they could rough up during a track day, for example.

Head to our dedicated hub for more coverage on the Monterey Car Week.

Note: This story has been updated to reflect the final sale price of the Sally Special.