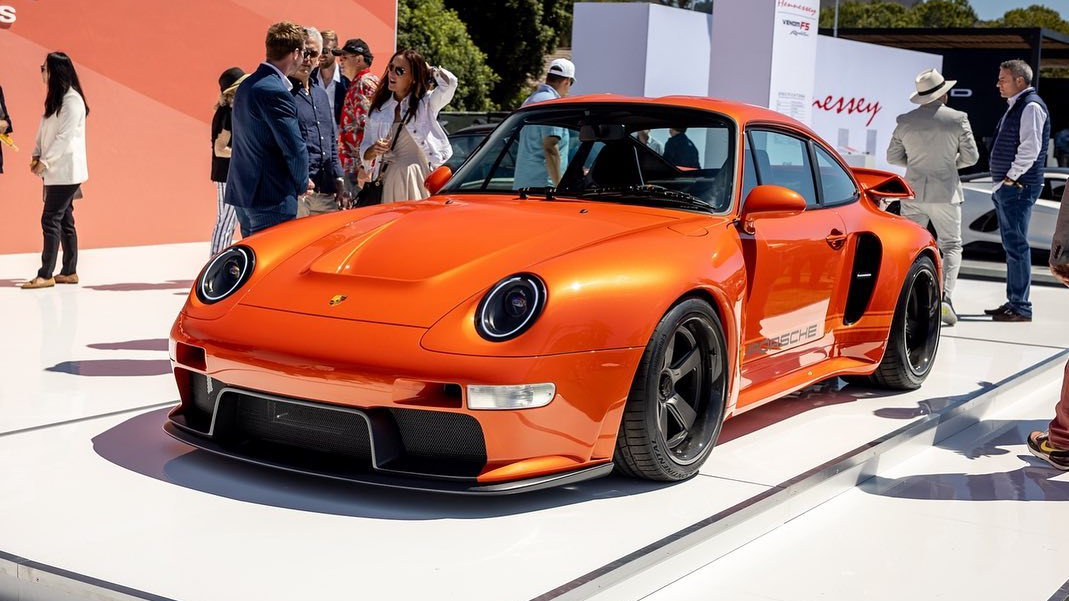 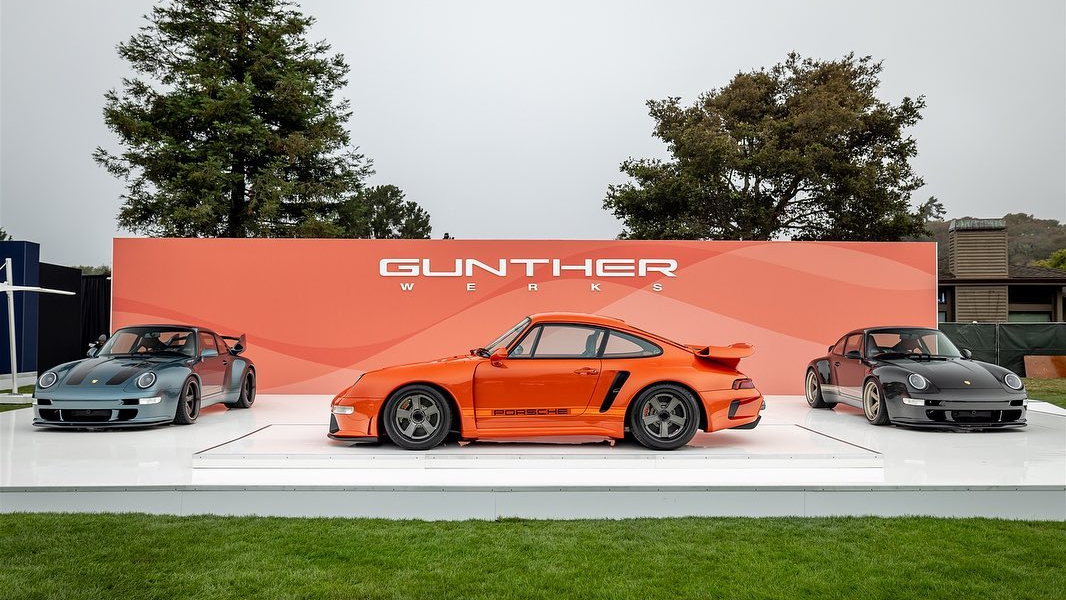 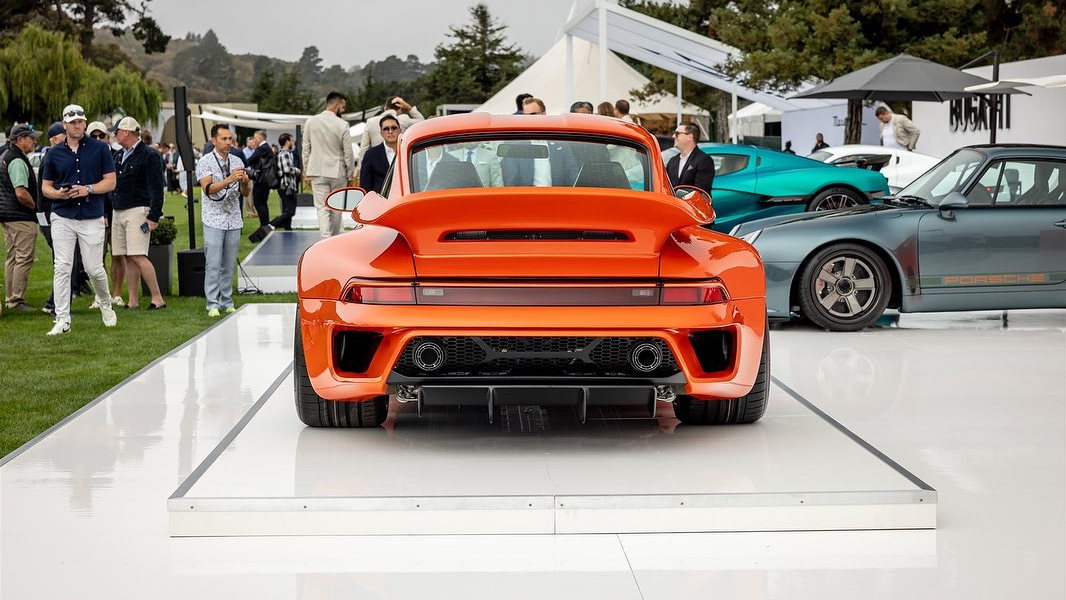 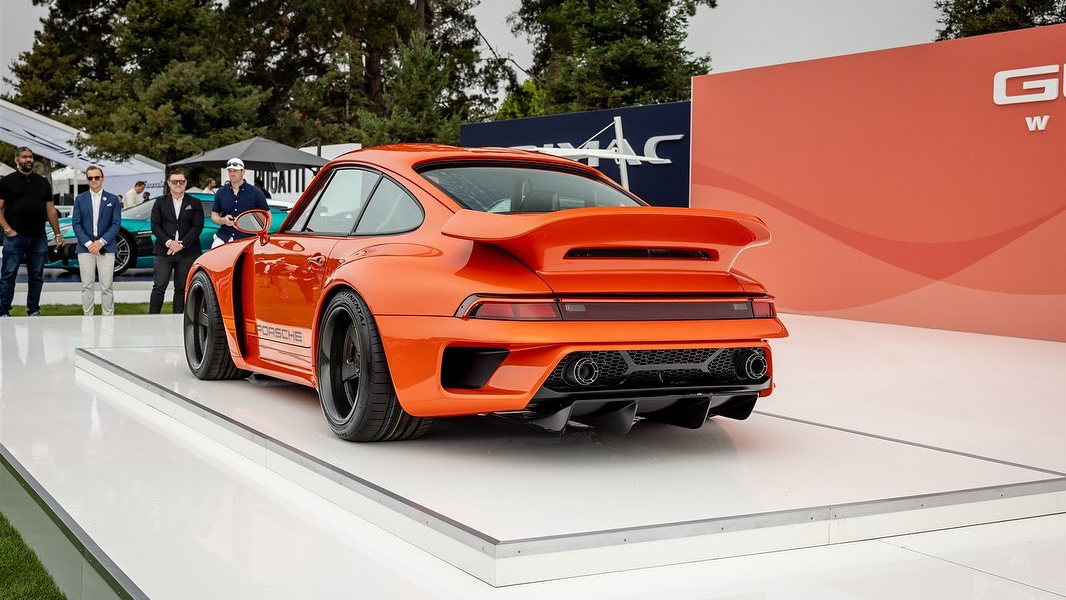 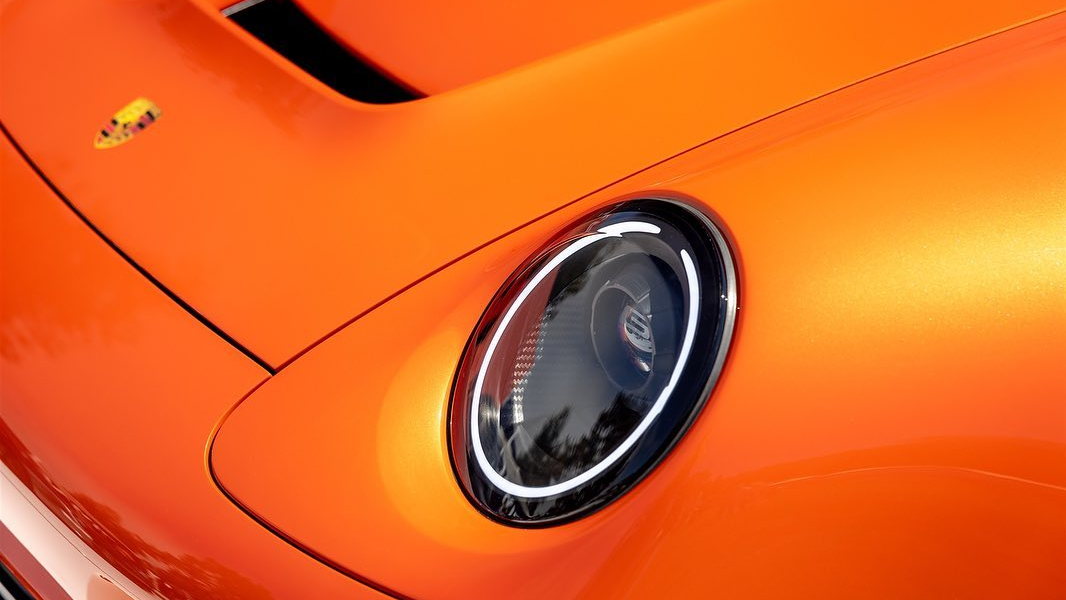 The engine is almost a piece of art in its own right when the rear deck is popped open. A twin-turbo 4.0-liter flat-6 built by Rothsport Racing produces 600 hp in standard form, but Track mode will increase output to 700 hp and more than 560 lb-ft of torque. Gunther Werks noted the engine uses a flat fan and liquid charged cooling system derived from racing. A Motec engine management system is also onboard.

The power goes to only the rear wheels and every car has three pedals with a 6-speed manual transmission.

Each car commissioned will be tailored to the buyer's specification with a custom interior and exterior color palette. Carbon-fiber body panels feature functional aerodynamics optimized for cooling and downforce. Gunther Werks didn't mention how much downforce the car produces but noted the composite panels shaved 500 lb from the original platform.

Inside, there's a carbon-fiber steering wheel with integrated controls enabling the Track mode and a nose lift system. Modern amenities include wireless smartphone charging and integration for both a smartphone or tablet. The carbon-fiber bucket seats feature both five-point and three-point safety belts.

Pricing hasn't been announced, but if you have to ask you probably can't afford it.