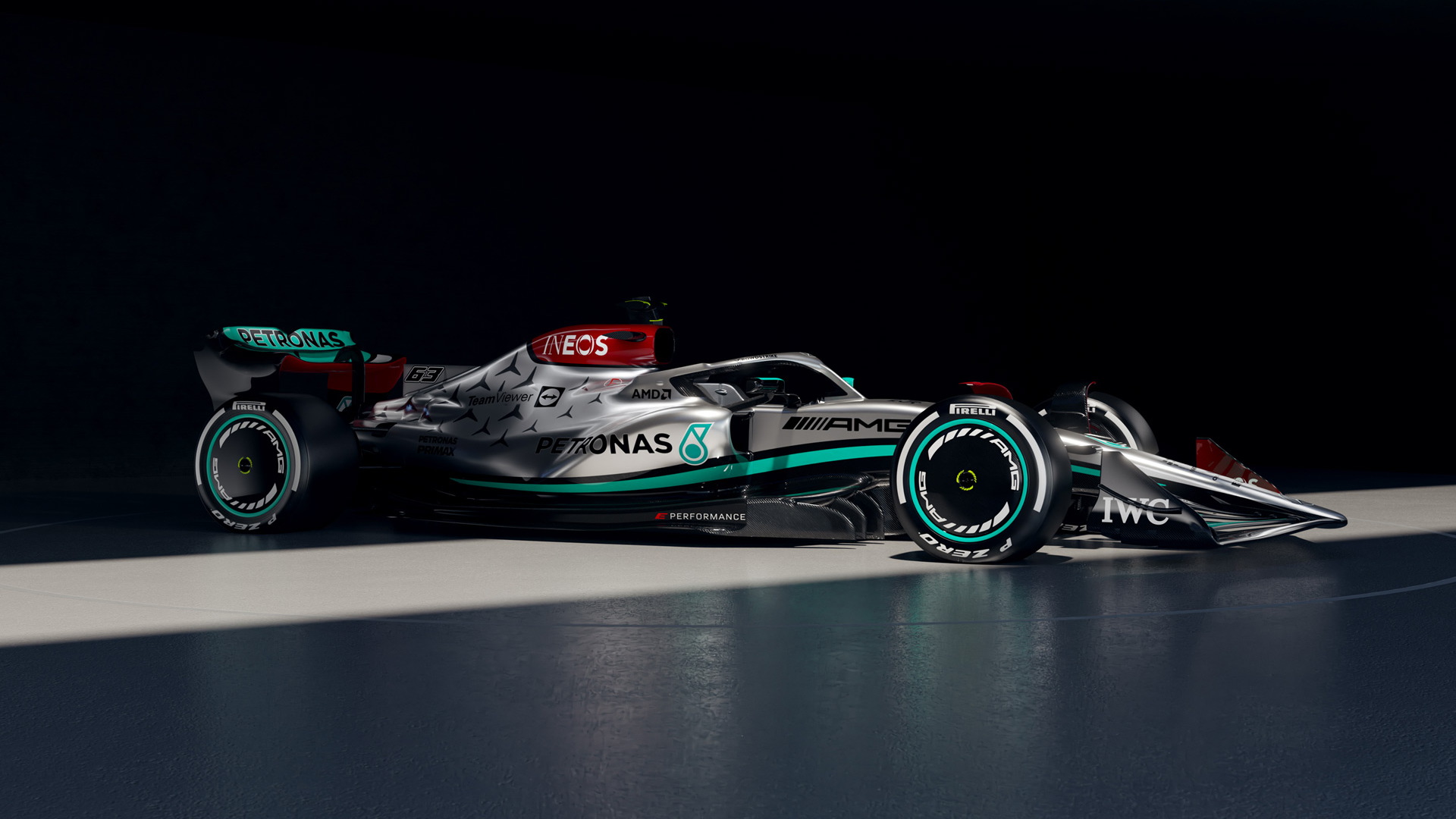 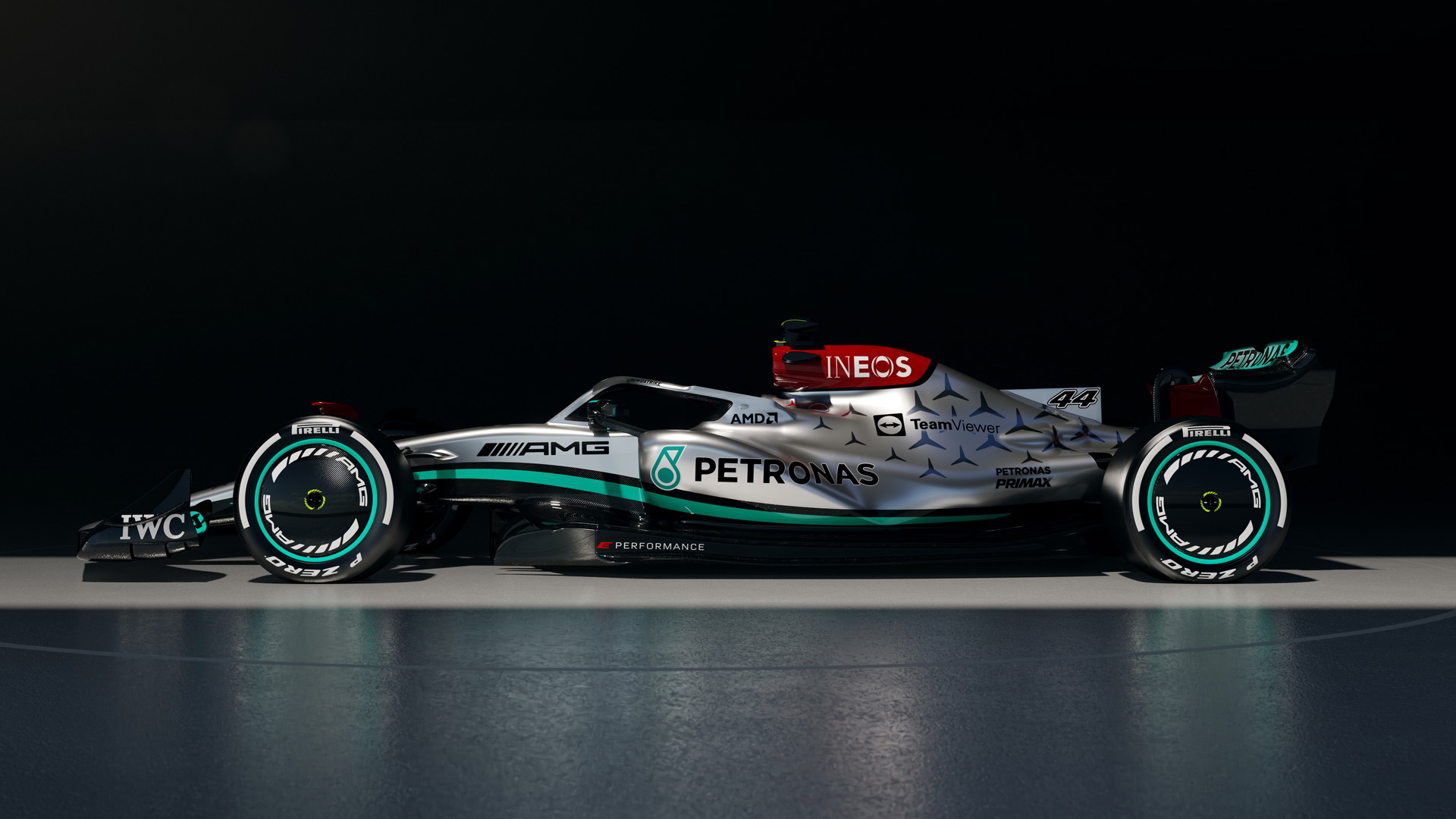 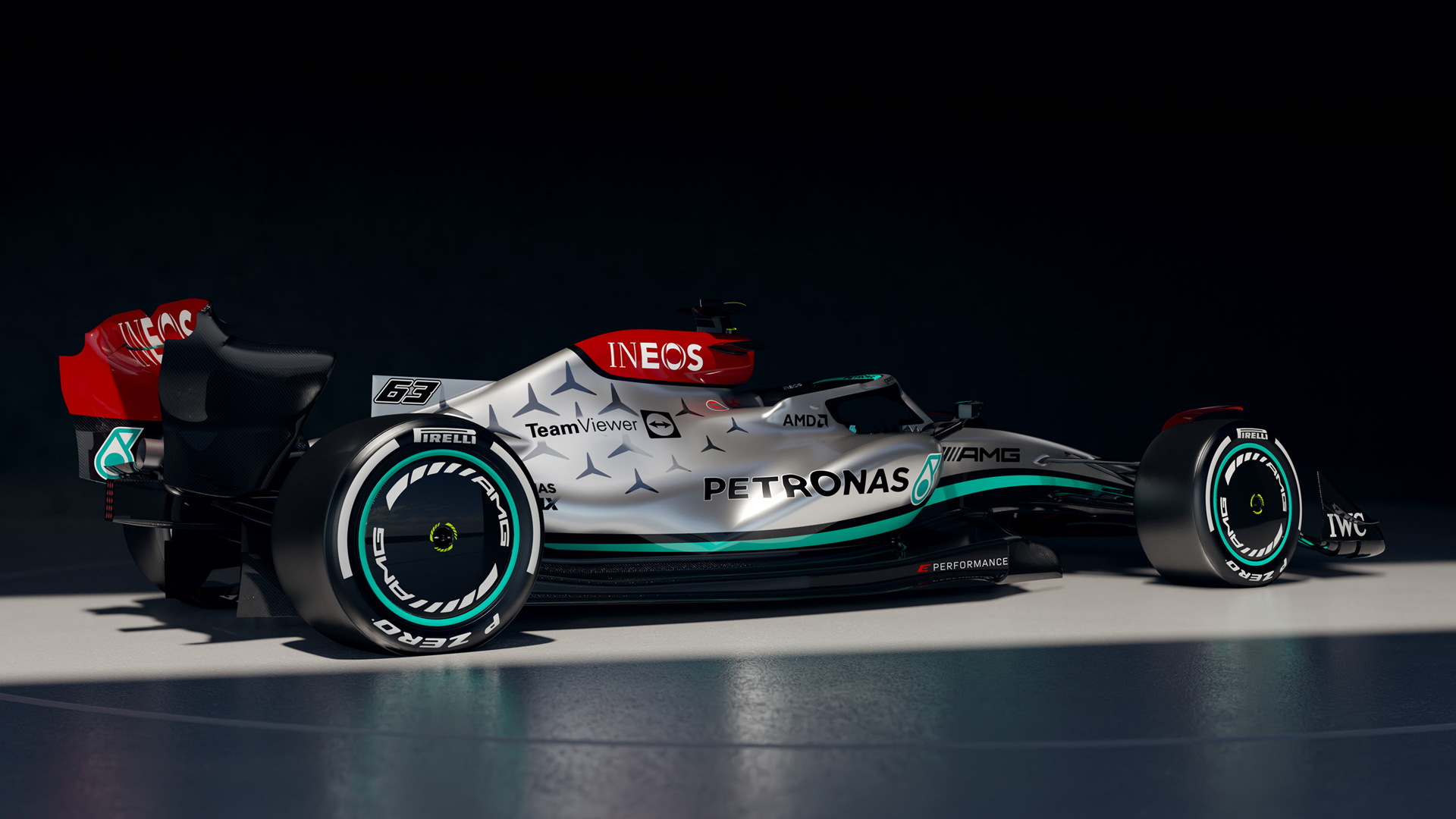 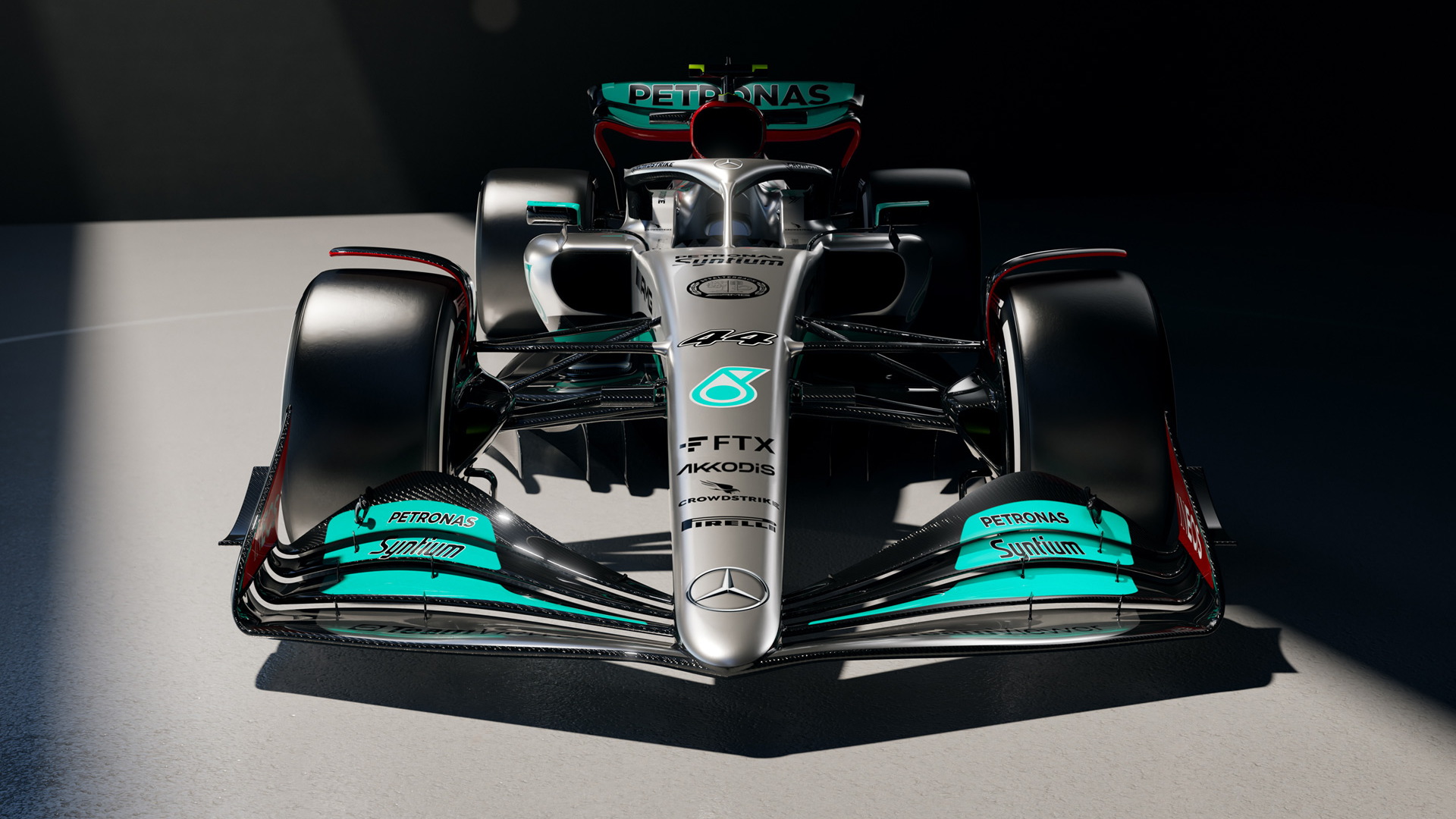 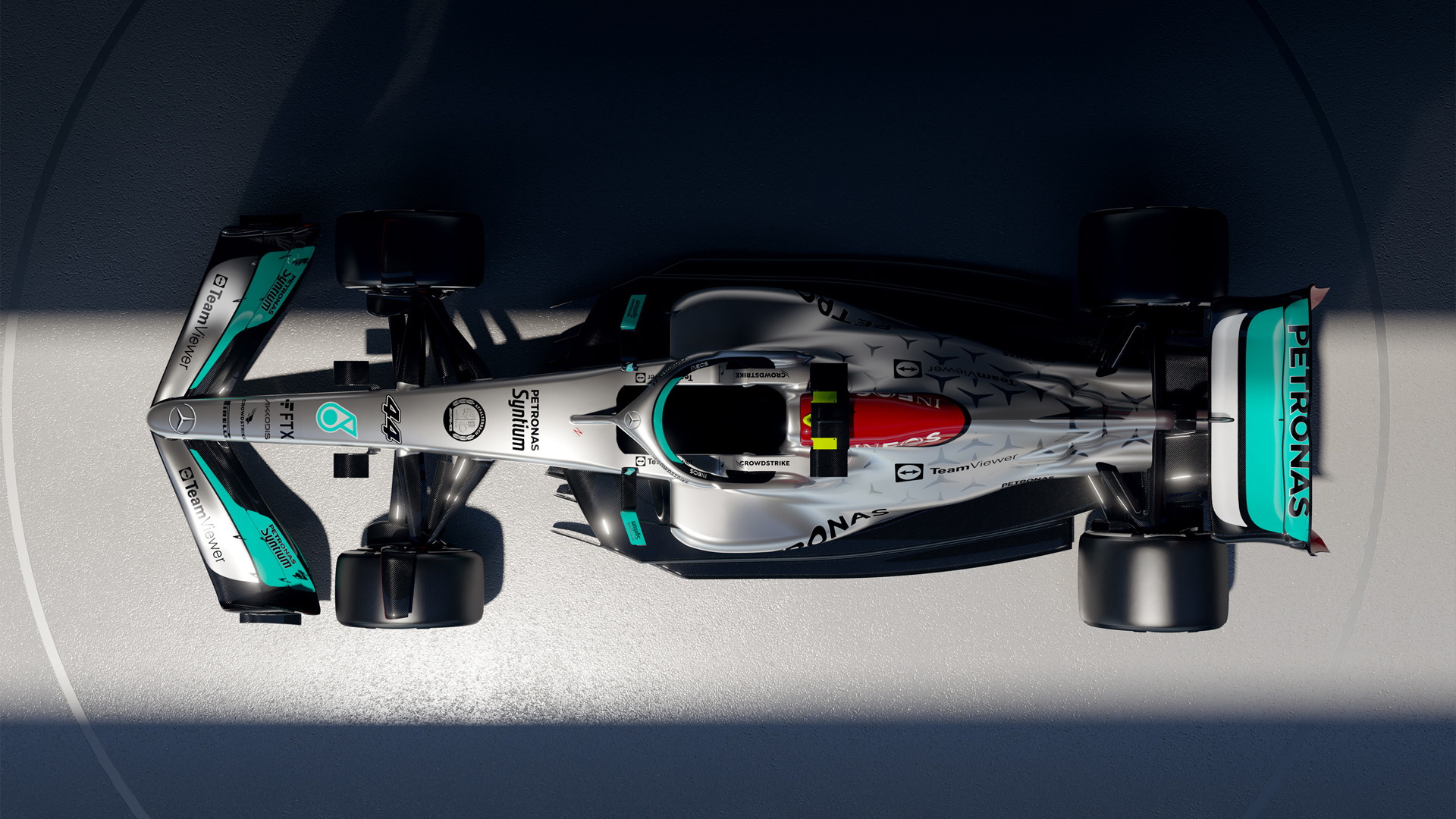 If there's a car to beat this season, you can bet this is it, especially with star driver Lewis Hamilton on board chasing a record eighth title. Also driving for Mercedes this season is talented up and comer George Russell.

The W13 might not be as dominant as some of its recent predecessors, however. The design rules were overhauled for 2022 to improve competition, and as a result only the steering wheel on Mercedes' new car has been carried over from the previous season. You'll notice that Mercedes has also decided to return to its traditional silver livery instead of black, with color accents representing key sponsors Petronas and Ineos.

The biggest change for the new rules is in the area of aerodynamics, namely the return of ground effects, which together with a simplified front wing design and a completely new rear wing will reduce the amount of disrupted, or dirty airflow generated by the cars and as a result make passing easier.

You'll also notice the new 18-inch wheels (up from 13 inches previously). The enlarged wheel and tire combo is meant to resemble something closer to what we use on the street, but it's also designed to reduce overheating and as a result allow drivers to extract more from the tires on each stint, once again helping to improve the competition. Mercedes said early signs for the big wheels were positive.

To further enhance the competition, cost caps have been introduced. Access to the wind tunnel has also been restricted, with teams being allocated slots on a sliding scale based on their finishing place in the 2021 Constructors’ Championship. Mercedes came first in the championship and was granted 280 hours. Haas, which came last, was granted 460 hours.

Powering the W13 is Mercedes' own power unit, which the team also supplies to Aston Martin, McLaren and Williams. F1 power units consist of a 1.6-liter turbocharged V-6 and two motor-generators, one on the driveline and another integrated with the turbocharger.

The power unit rules have carried over largely unchanged, though a new rule requires teams to use a fuel mix containing 10% biofuel. Power unit suppliers will also be able to make just one final performance upgrade before the design is fixed right up until a new power unit design is introduced in 2026.

Teams will get their first taste of how their new designs perform during the first of F1's two pre-season tests, scheduled for February 23-25 at Spain's Circuit de Barcelona-Catalunya. The first race of the season is the Bahrain Grand Prix, which is scheduled for March 20 at the Bahrain International Circuit.

In other F1 news, the organizers have fired Michael Masi, the race director who made the controversial decision in the final lap of the final race of the 2021 season that ultimately enabled Red Bull Racing's Max Verstappen to win the championship. Masi created a last-lap showdown between Hamilton and Verstappen following a late safety car period, by only requiring those cars between race leader Hamilton and second placed Verstappen to unlap themselves instead of all the cars that needed to be unlapped. If Masi followed standard procedure and allowed all cars to unlap themselves, the race would have ended under the yellow flag and Hamilton automatically named champion.