Zeekr could become the first car brand with a Level 4 self-driving car available for retail sale.

The new premium electric-vehicle brand of Chinese auto giant Geely announced on Wednesday that it will work with self-driving technology company Mobileye to deliver the world's first car for retail sale featuring Level 4 self-driving capability. The targeted launch is 2024.

Level 4 on the SAE scale of self-driving capability means a car that can handle itself on its own, albeit in set conditions, the usual one being a geofenced area with sufficient map data. An example are the vehicles used by Alphabet Inc.'s Waymo self-driving division.

A driver will be required to take back control outside of the set conditions, which is similar to a Level 3 car. However, a Level 4 car has the extra capability that it can come to a safe stop should a driver fail to take back control. The ultimate goal is a Level 5 car which will be able to handle all the same conditions expected of a human.

Zeekr plans to develop the vehicle on the SEA modular platform of parent company Geely, and use its own self-driving software in collaboration with Mobileye's sensing technology and crowdsourced map database. Zeekr will also use Mobileye's EyeQ computer chip designed to gather and process information taken from various onboard sensors such as cameras, radar and lidar. 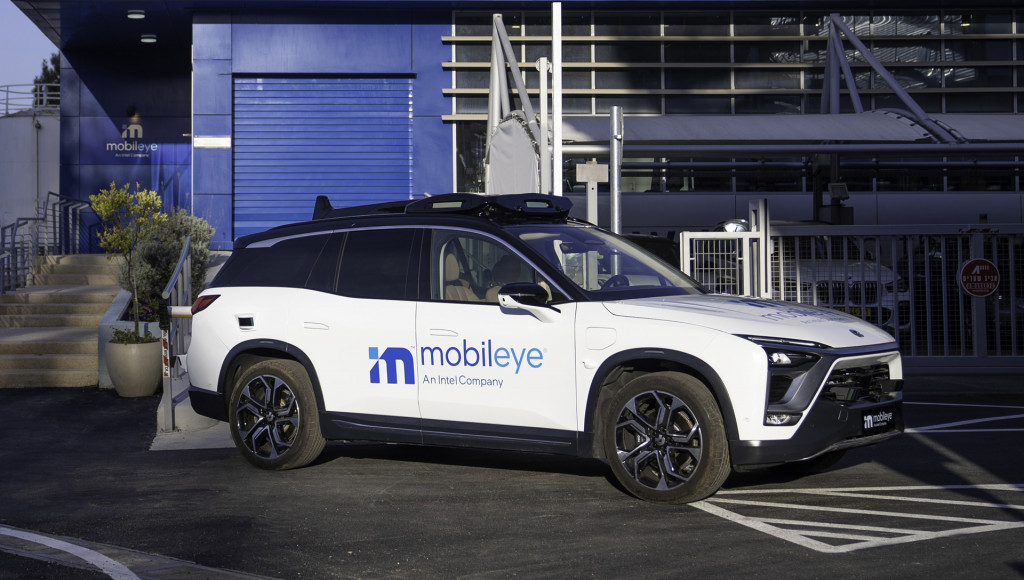 Zeekr hasn't said in what conditions its self-driving car will be able to drive on its own.

The announcement comes just days after Waymo announced plans to source a minivan from Zeekr for use in a self-driving taxi service. The minivan will be completely devoid of a steering wheel and pedals.

Zeekr only started production of its first vehicle, the 001 hot hatch, last fall. The company only operates in China but plans to expand to Europe, possibly as early as this year.

Separately, Mobileye is testing its own self-driving system all over the globe. The company has already announced plans to launch self-driving taxi services in Germany and Israel in 2022.

Mobileye is owned by Intel and could be made public in the near future. Intel announced last month that it is considering launching an initial public offering for Mobileye.