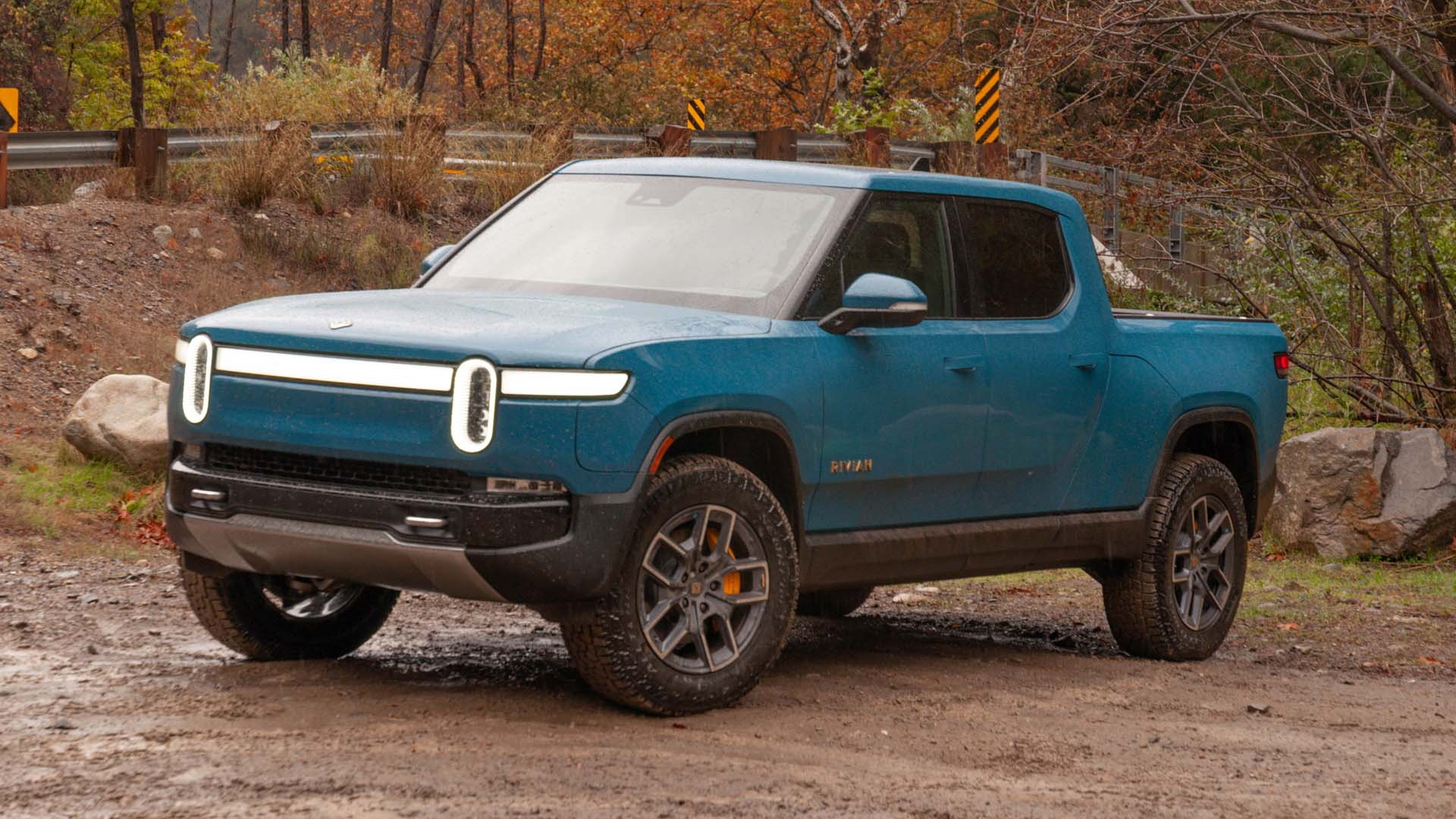 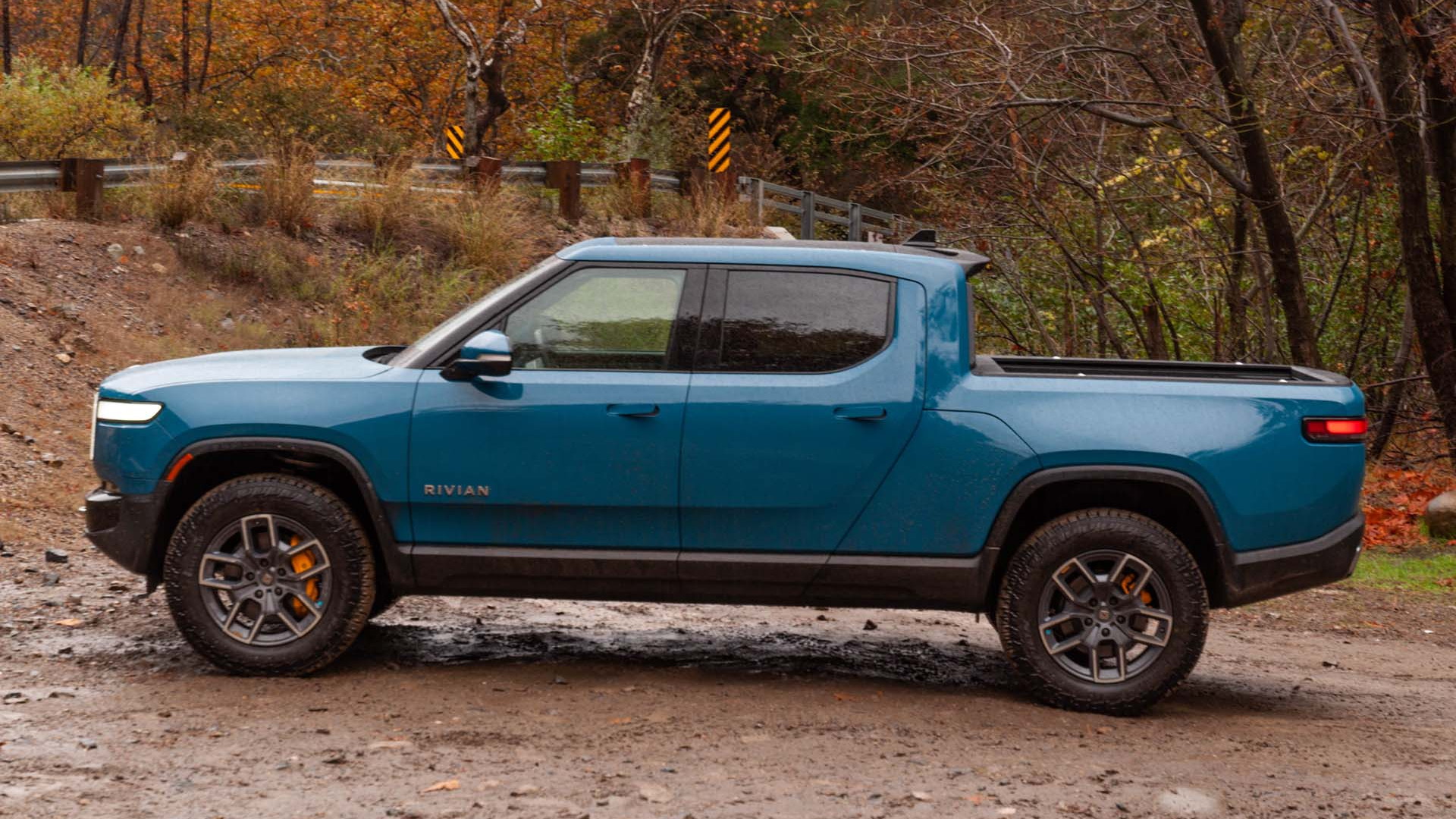 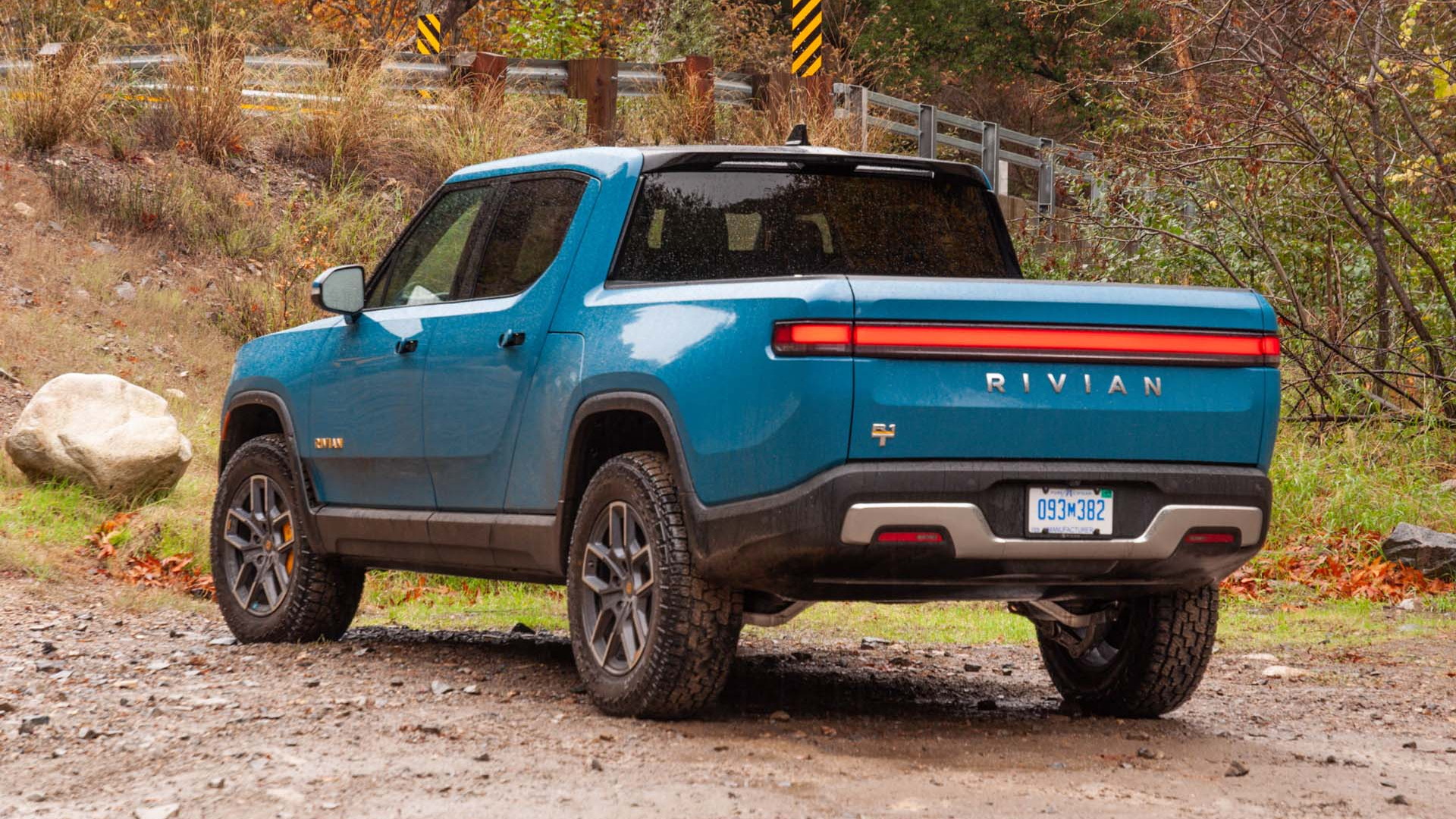 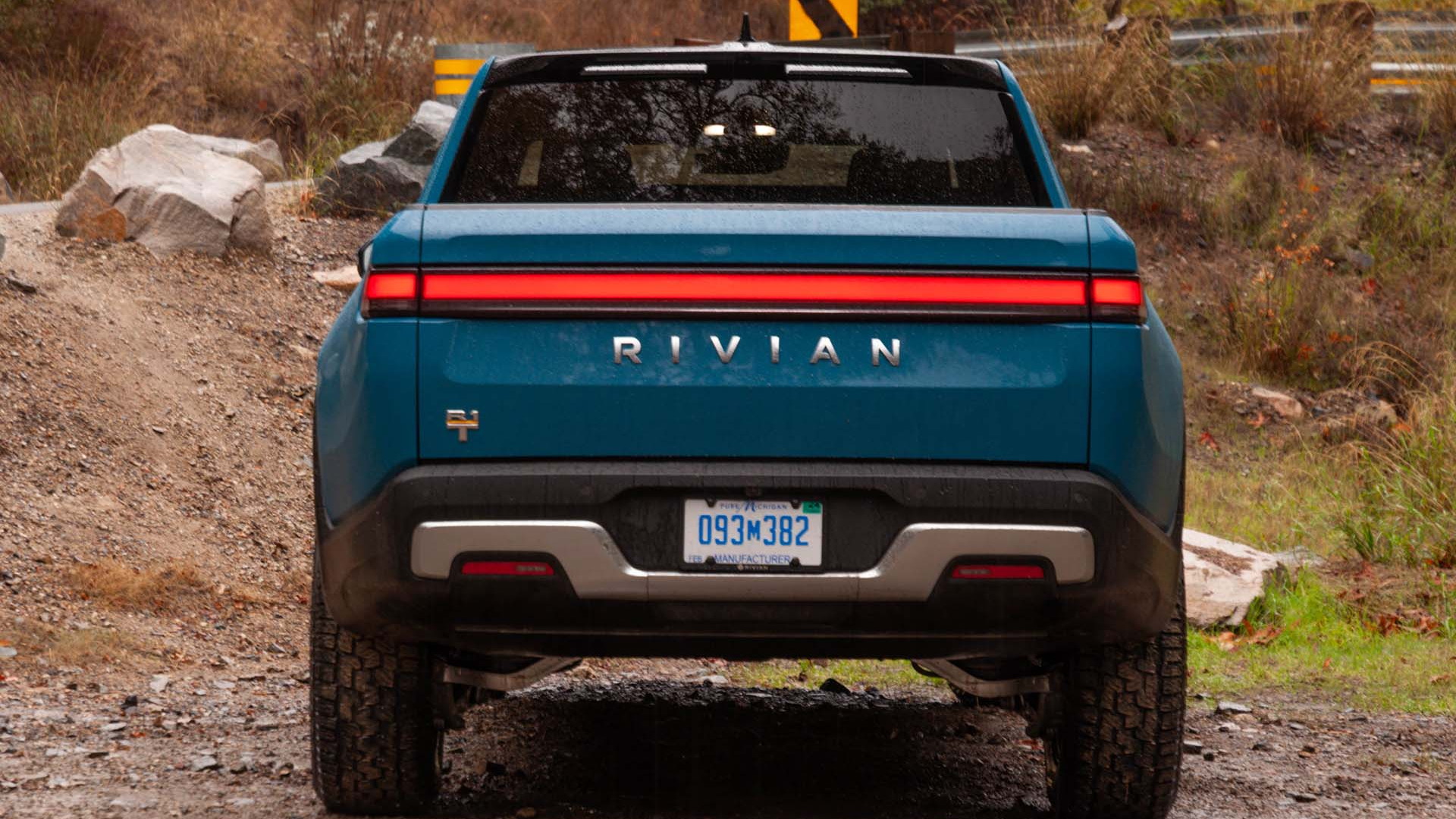 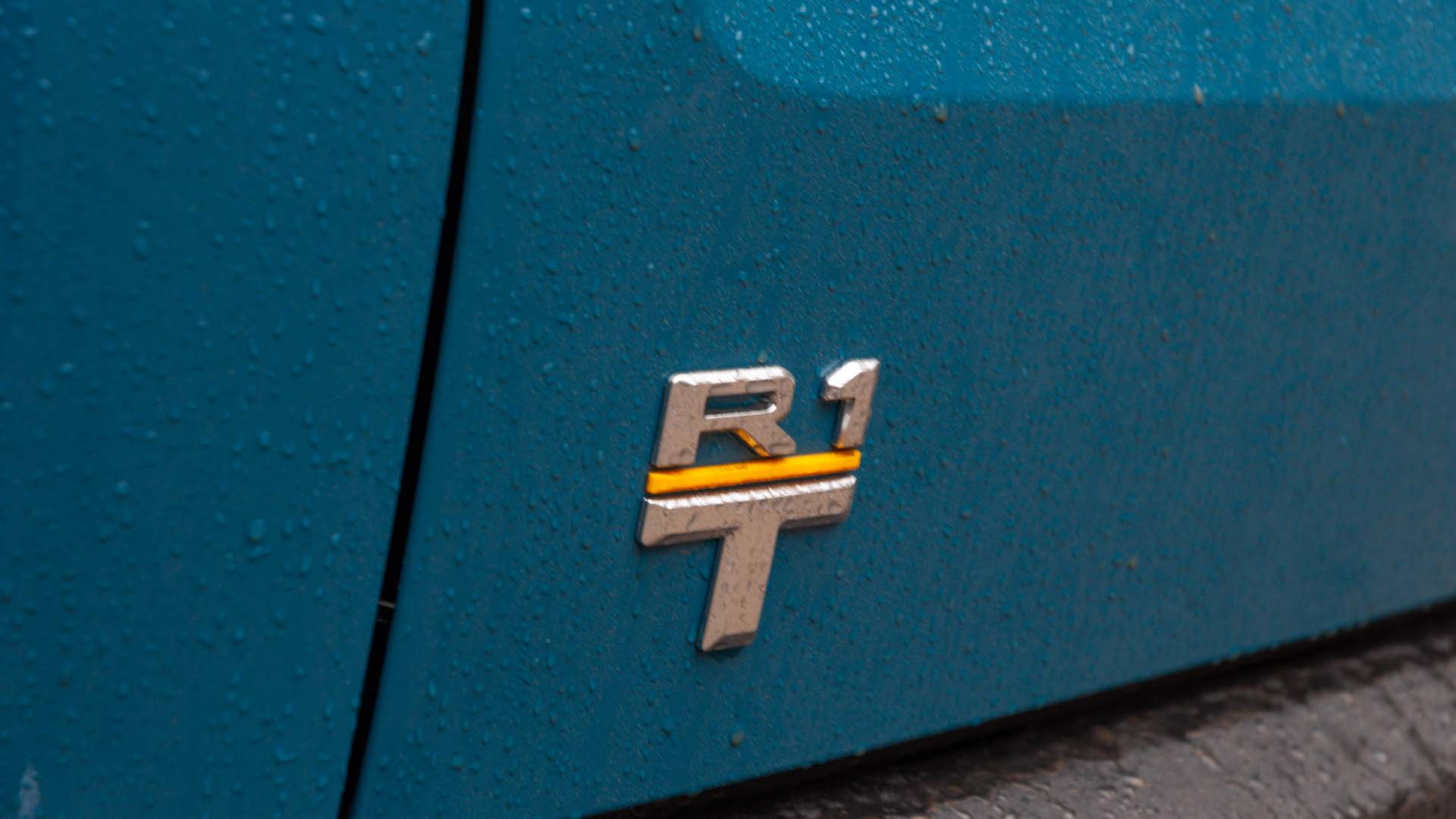 Merely 24 hours ago the Rivian R1T was named Motor Authority Best Car To Buy 2022. It’s simply the most impressive vehicle we drove this year. It also moves the entire industry forward.

But the Rivian R1T isn’t perfect. No vehicle is. It could be better. Here’s how.

The Rivian R1T has a 400-volt electrical architecture, at least for now. It’s enough and it enables peak fast-charging speeds in excess of 200 kw. But vehicles that have the fastest charging rates run on faster, more future-proofed, 800-volt systems. Rivian’s CEO, RJ Scarinage, has said multiple times that the R1T’s peak charging rate will increase via over-the-air (OTA) software updates in the future to rise above 300 kw. The timeline for this increase is unknown. To get there, Scarinage told Motor Authority’s sister site, Green Car Reports, in 2018 the team “architected everything in the system to see higher voltages at the right time.” It’ll require some hardware changes, but it’s in the future plans. The Porsche Taycan, Audi E-Tron GT, Hyundai Ioniq 5, and Lucid Air all have faster peak charging rates thanks to their 800-volt systems.

Rivian doesn’t offer Apple CarPlay or Android Auto in the R1T. We’d ding any vehicle for lacking these very useful features that let people bring the capabilities of their smartphones into their vehicles. A Rivian spokesperson confirmed the company has no current plans to integrate either system into the R1T. Having spent time with the truck, I can understand why Rivian would favor its native system given how it’s layered with sliding tabs and drawers. Adding ACP or AA would make things messier for Rivian. That doesn’t mean it couldn’t be done. It just wasn’t. Sorry, no Waze for you, Rivian drivers.

The Rivian R1T doesn’t have a heat pump. A fancy explanation was given as to why, but it was jargon that boils down to, “we don’t have one.” Heat pumps have limited, but important, functionality. They make the most difference in cold, but not frigid, temperatures with their ability to make the cabin, or battery, heat up quicker. Notably, heat pumps take about 20 minutes to kick in and really make themselves useful. They don’t really come into play for short trips around town. But most importantly, while it's not reflected in EPA range ratings, they can extend a vehicle’s range in cold weather on a longer trip. In a vehicle like the Polestar 2, the heat pump can add up to 10% to the range, which could be the difference on a road trip between making it to a fast charger and getting stranded on the side of the road. It’s an odd omission for a vehicle designed and marketed for adventure in all climates and conditions.

Are there too many modes?

Is that even possible? Our team wasn’t aligned on this. Senior Editor Robert Duffer felt the system, which can be configured with nearly 50 different drive modes, might be a bit much, especially for off-road purposes. Rivian provides five drive modes—All-Purpose, Sport, Offroad, Conserve, and Towing—and each mode has sub modes. Layer in settings for ride height, adaptive dampers, regen braking, and stability control within sub modes, and the R1T offers a lot of control for those who want to tinker. The default All-Purpose mode straddles the middle of all these settings. I fell in love with Rally mode within the Offroad mode because its stability control programming let the rear end hang out, but even that wasn’t perfect for running the equivalent of a rally stage due to too much brake pedal travel to instill confidence the brakes would be there while going into a corner with speed.

It’s hard to say the Rivian R1T isn’t efficient, especially for a pickup truck. It’s all electric with zero emissions. With the standard 21-inch wheels and all-season tires, it has an EPA-rated range of 314 miles. That decreases with the optional 22-inch wheels and summer tires or 20-inch wheels and all-terrain tires. Regardless of wheels and tires, at about 7,000 lb the Rivian is the second least efficient electric vehicle on the market in the U.S., coming in second only to the atrociously heavy—over 9,000 lb—GMC Hummer EV with its bigger 200-kwh battery pack and 329 miles of range. The Rivian delivers 2.32 miles of EPA range per kwh. For reference, the reasonably inefficient Audi E-Tron offers 2.56 miles of EPA range per kwh while the Hummer gets 1.64 miles and the most efficient EV on the market, the Lucid Air Grand Touring gets 4.60 miles.

The Rivian R1T has a few more physical controls than a Tesla, but not many. Rivian clearly paid attention to the interface and control setup in Teslas, for better and worse. Want a volume knob? Yeah, not going to happen. Looking for a switch for the temperature controls or fan speed? This isn’t an F-150. You’ll have to locate the controls on the touchscreen. However, essential functions like headlight operation and windshield wiper speed can be controlled by little toggle switches atop the turn signal stalk. That’s stuff you won’t find in a Tesla Model 3 or Y. Controls to move the mirrors, steering wheel, and vents don’t necessarily need to be separate because they are rarely used. Alexa voice assistant is built in to handle such functions as changing the temperature or music. But a volume knob would be nice. Even Volvos have a volume knob in their minimalist interiors.

Most of these complaints are small, and none of them would keep us from putting a Rivian in our garage. Some of them could be corrected in future updates, whether it be running hardware changes or even over-the-air updates.

In the end, the Rivian R1T is hands down the most versatile vehicle we’ve ever driven with uncompromised off-road capability and fantastic on-road performance. Those strengths made the Rivian R1T’s the Motor Authority Best Car To Buy 2022, and these few minor complaints didn’t even factor into that decision.