Jeep has received a patent for donut doors that appear similar to a design shown on the Ford Bronco at its 2020 reveal. Ford's version never made it to production, however, and it's unclear if Jeep's design will either.

Like the concept versions shown on the Bronco, Jeep's donut doors are essentially regular doors with cutouts, providing a bit more protection from mud and weather than tube doors. However, documents first spotted by The Drive show that Jeep applied for a patent in May 2017, so the Stellantis brand isn't simply copying Ford.

The doors shown in the patent images also look identical to those fitted to the Wrangler Switchback concept, which was unveiled in March 2017. It was one of seven concepts Jeep brought to the Easter Safari in Moab, Utah, that year as part of an annual tradition. 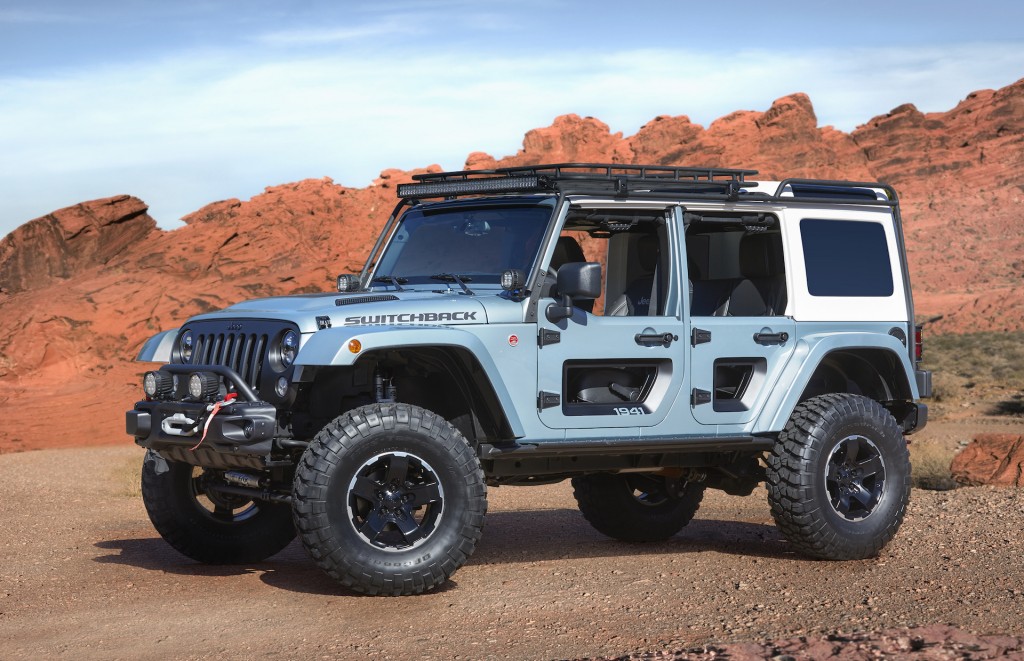 The Switchback was a previous-generation Wrangler JK, but following its unveiling reports circulated that Jeep was considering offering donut doors on the successor Wrangler JL, which hadn't been revealed at the time. Jeep also brought a prototype Wrangler JL with donut doors to the 2017 Los Angeles auto show.

Jeep reportedly dropped plans to offer donuts doors sometime after that, but apparently continued with the patent application process. Stellantis public relations would not comment on the donut-door patent, but it's worth noting that automakers often patent things without a specific use in mind.

For now, Jeep offers tube doors as a factory accessory. You can even get them for the Wrangler 4xe plug-in hybrid model.