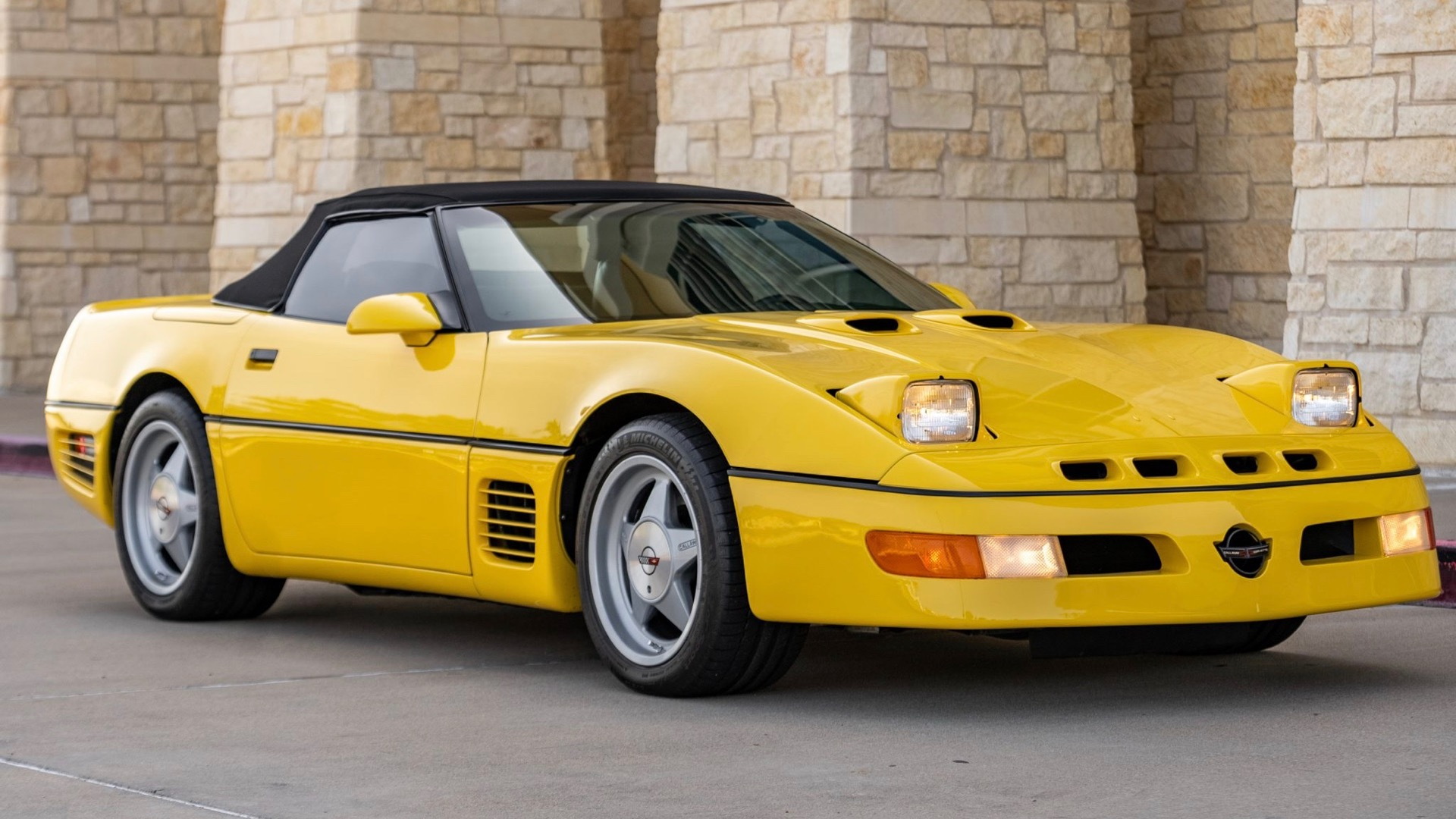 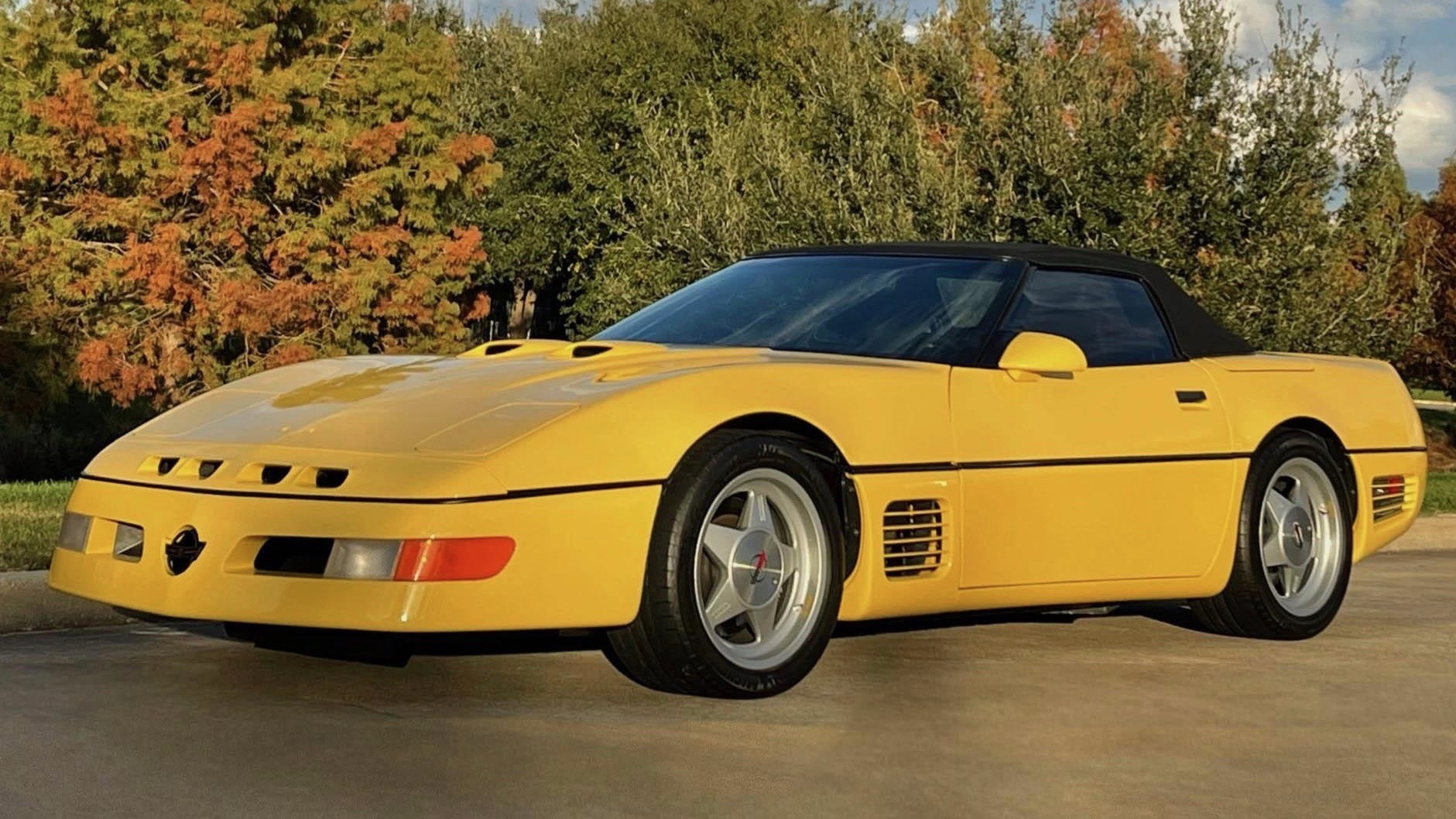 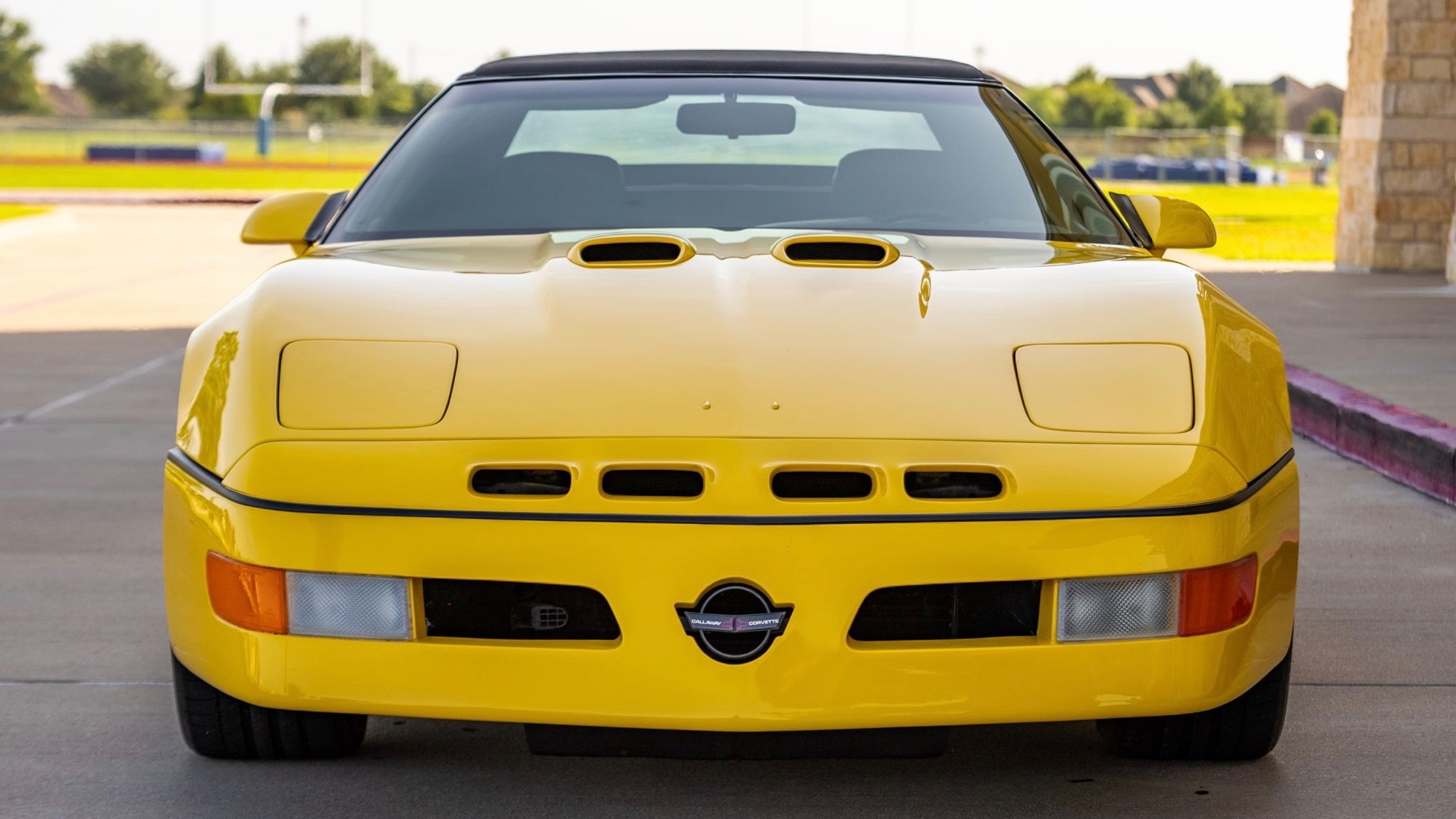 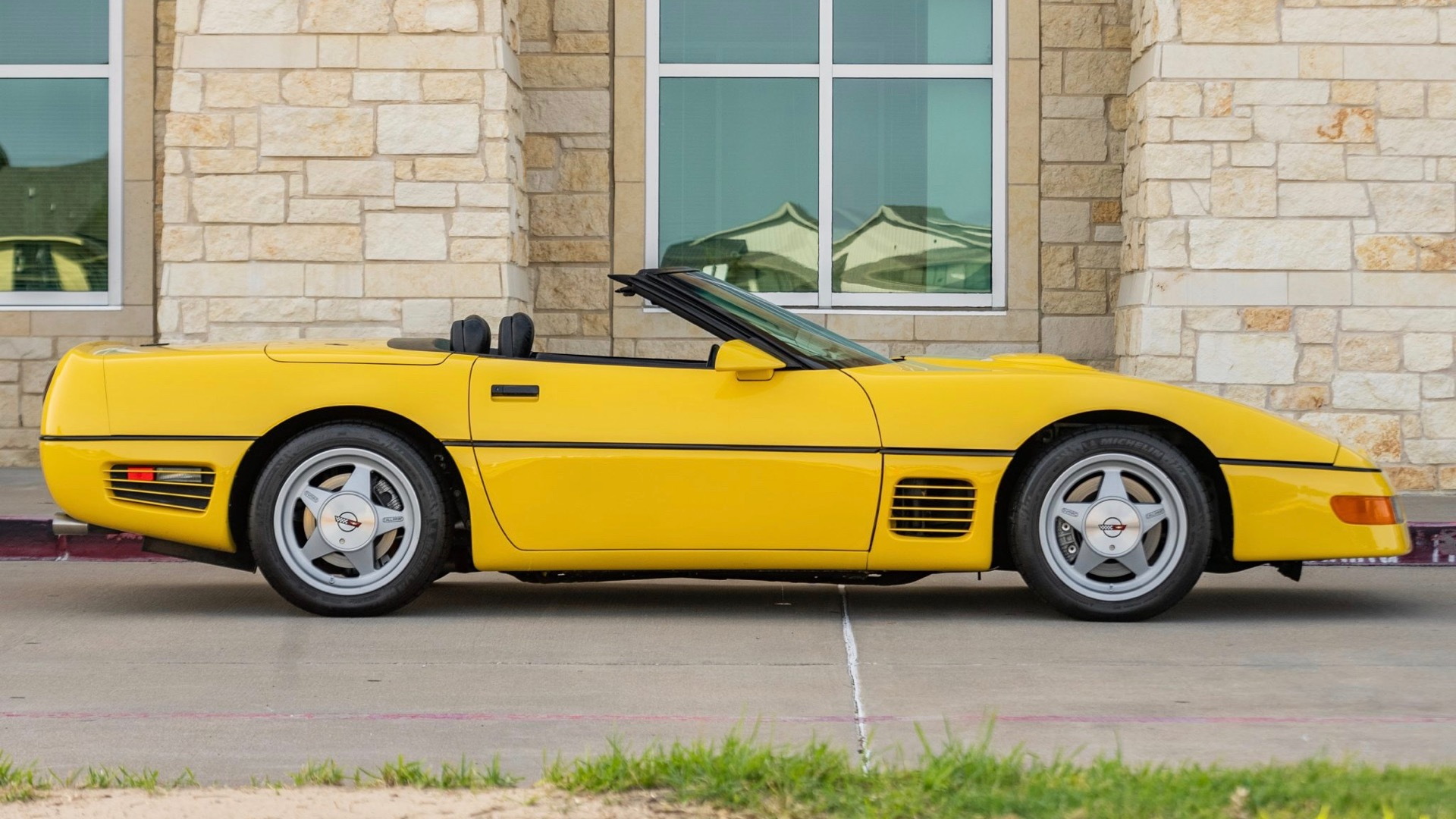 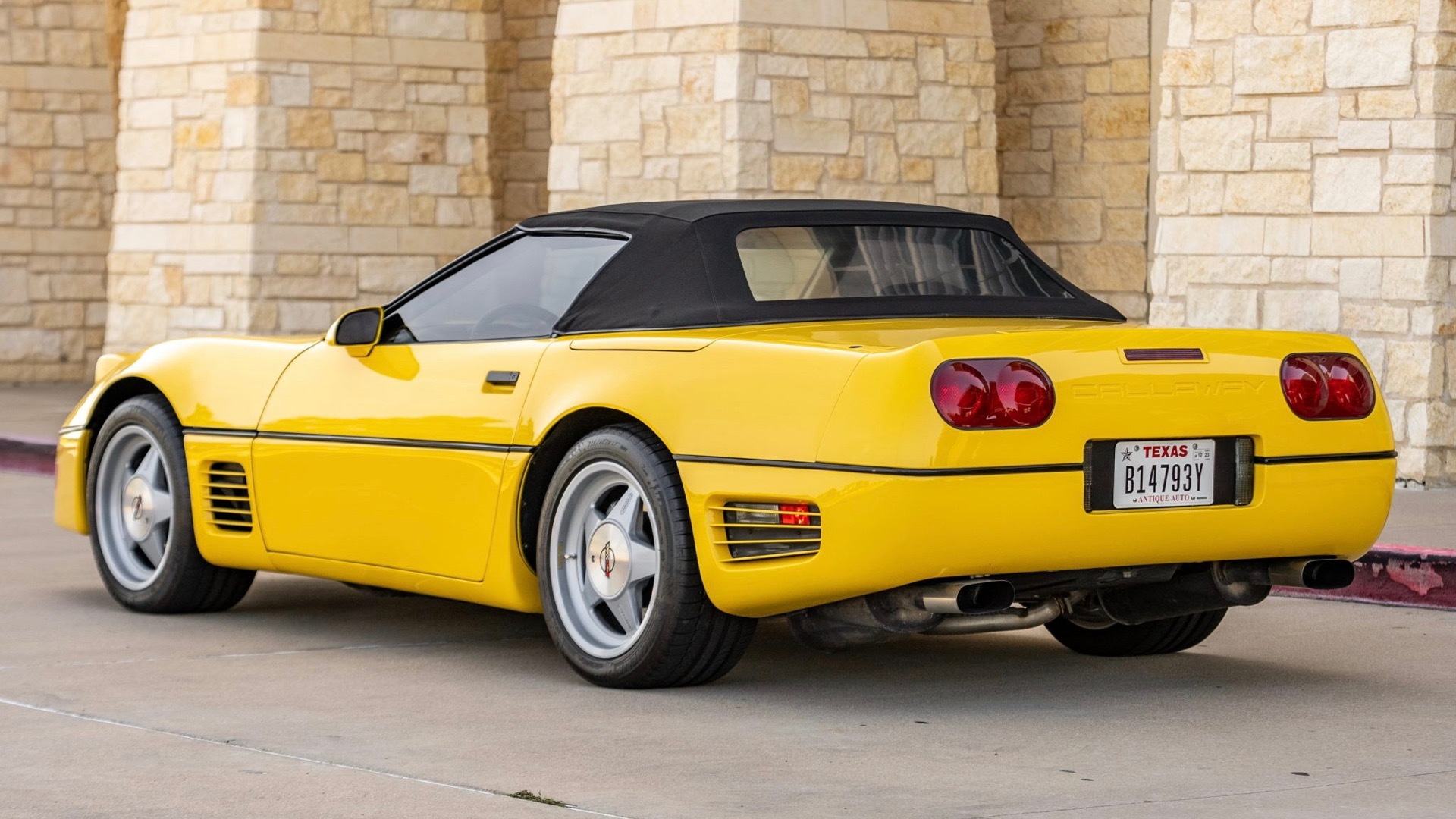 If you like fast cars and don't mind constant gawking, this 1991 Chevrolet Corvette Callaway Twin-Turbo Convertible finished in hard-to-miss yellow is for you. The tuned Corvette is currently up for auction on Bring a Trailer, with a high bid of $48,000 at the time of publication.

Connecticut-based Callaway Cars built its reputation with extreme modified Corvettes like the 1988 SledgeHammer, which topped 250 mph in testing. This convertible isn't quite as crazy, but it boasts a 5.9-liter twin-turbo V-8 that was rated at 402 hp and 575 lb-ft of torque when new, according to the listing.

Power is sent to the rear wheels through a ZF 6-speed manual transmission and limited-slip differential. This car also has upgraded brakes and sport mufflers that were part of the factory Z5G package, but with Callaway-installed ovoid exhaust tips.

This car is one of 25 Callway twin-turbo C4 Corvettes to get the company's Aerobody body kit, and it's the only one painted yellow, according to the seller. The AeroBody includes a revised front fascia incorporating a Callaway Corvette logo and air vents, front-fender and rear quarter-panel vents, and hood scoops. This car also sports Callaway-branded 17-inch wheels, a body-color removable hardtop, and a black soft top.

Originally registered in California, this car was bought by its current owner on Bring a Trailer in 2018 and moved to Texas. It now shows about 18,000 miles on the odometer.

Callaway is still putting its own spin on Chevy's sports car. The company built AeroWagon shooting brake and GT3 racing versions of the C7 Corvette, and earlier this year it teased a number of modifications for the mid-engined C8 Corvette.