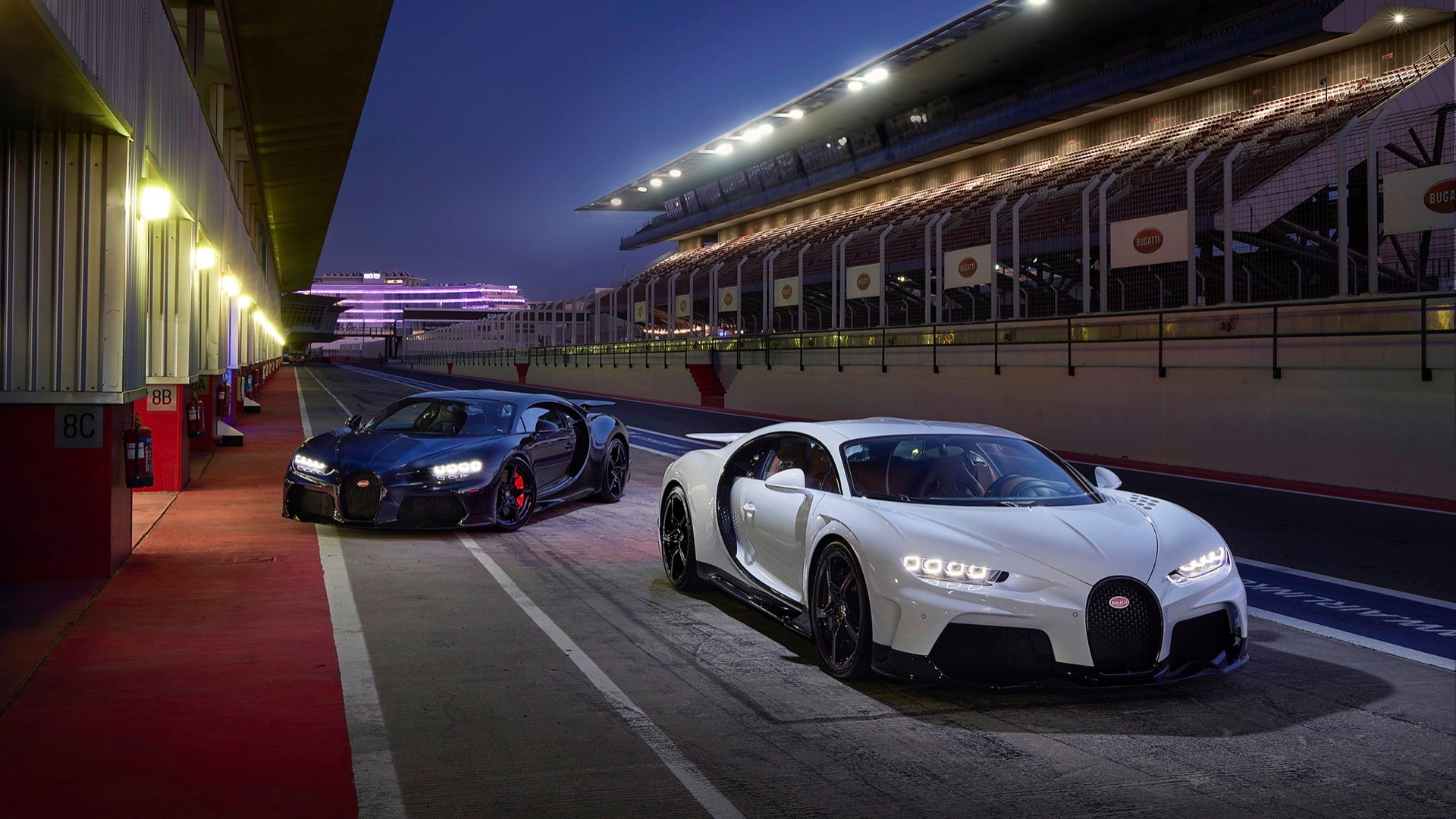 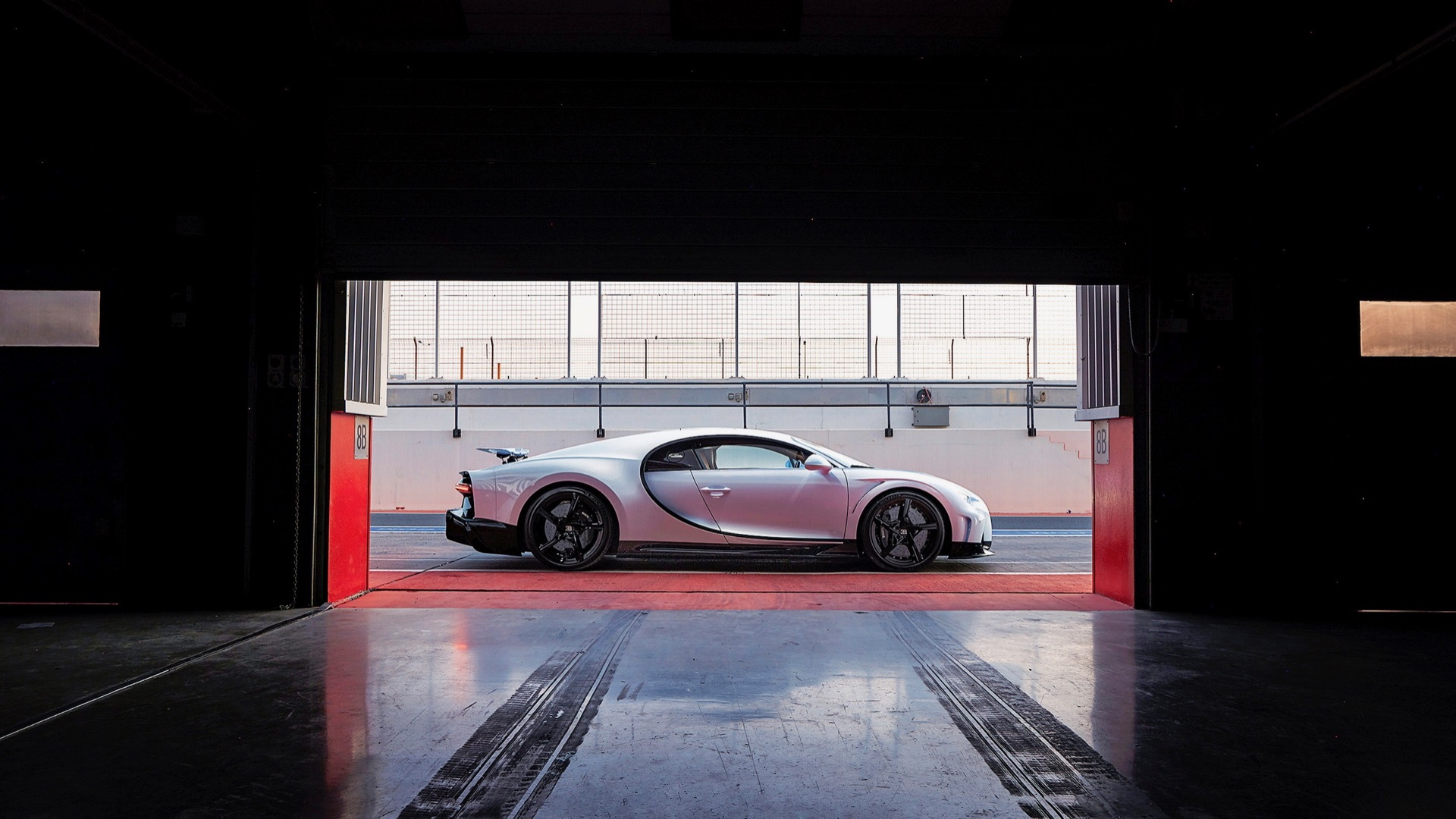 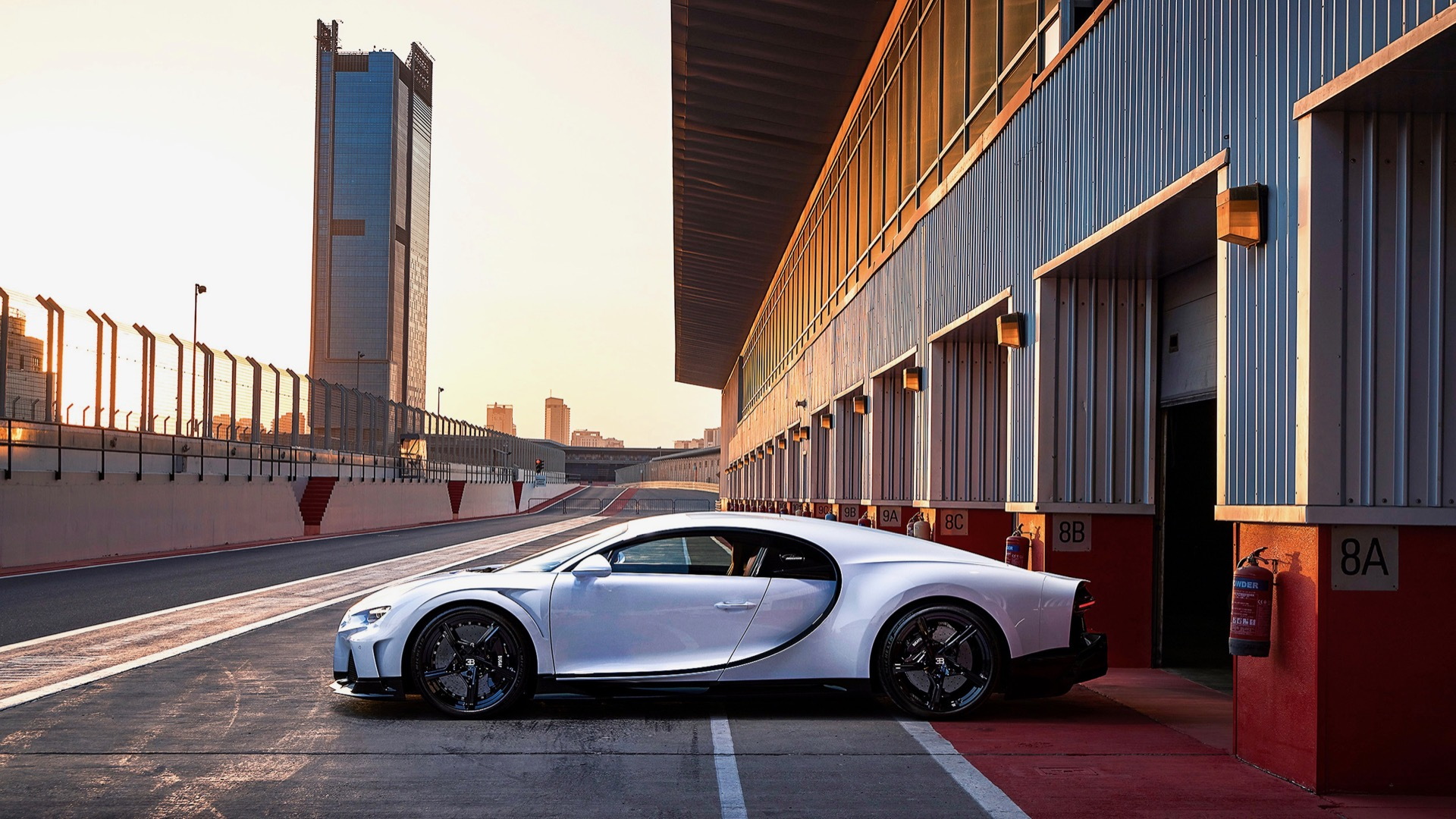 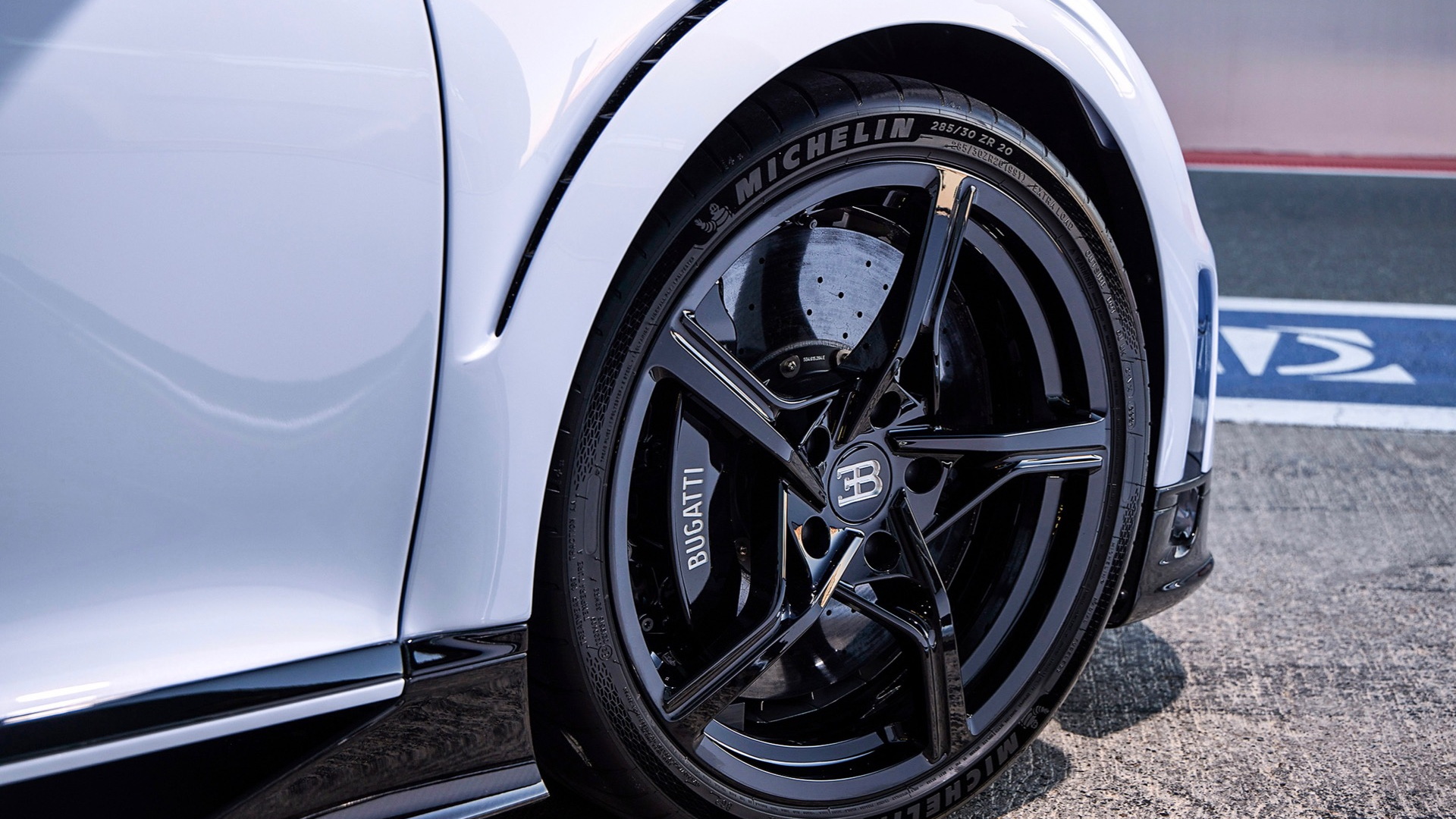 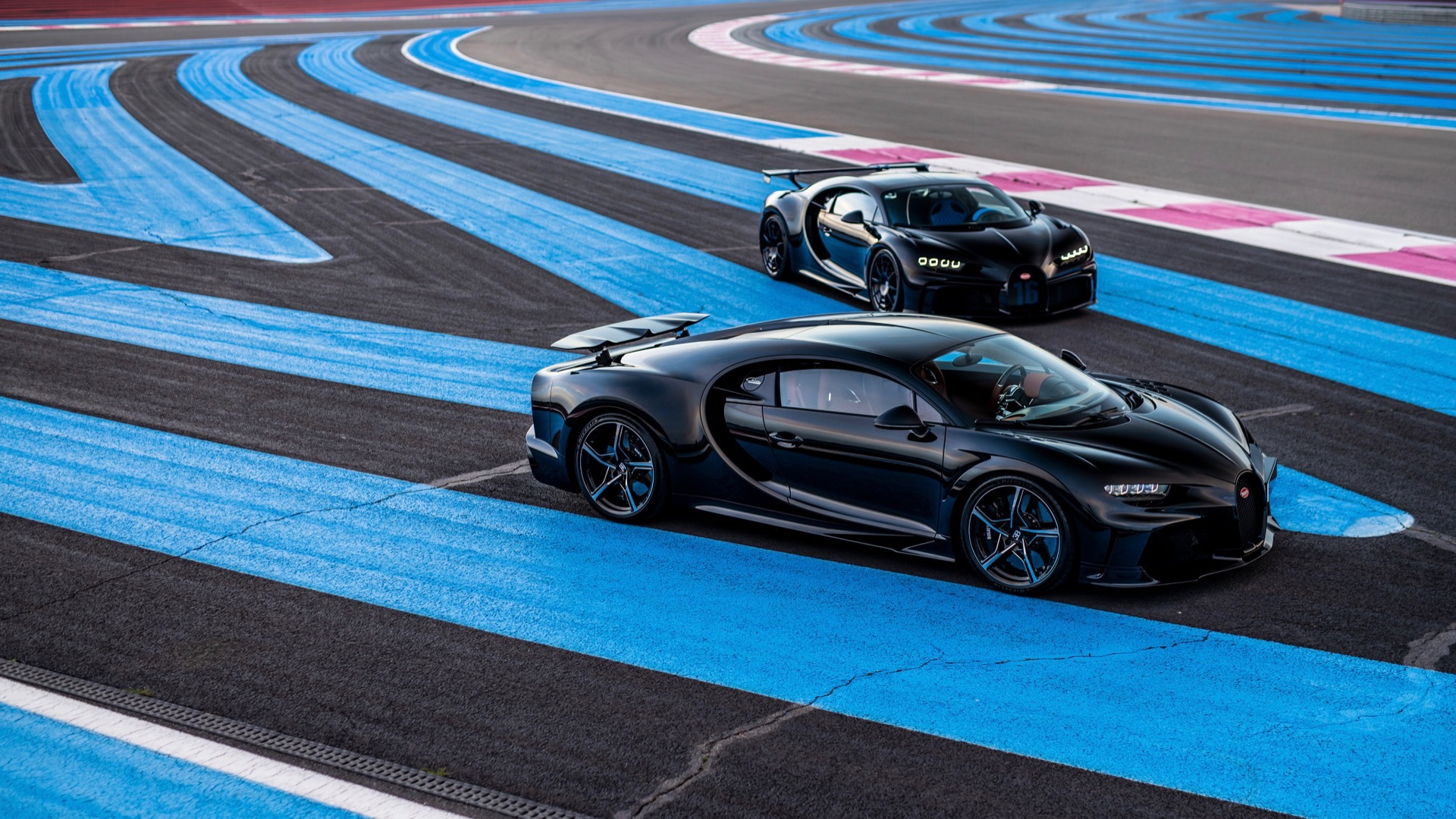 Bugatti stunned the automotive world in 2019 by announcing that it had broken the 300-mph barrier for production cars with a special version of the Chiron called the Chiron Super Sport 300+. The automaker has since provided more detail on the tech that allowed this super Chiron to achieve that feat.

Changes from the standard Chiron start with aerodynamics. Beginning at the front, Bugatti tweaked the air intakes to allow 8% greater airflow into the front radiator, and added "air curtain" elements to better direct airflow around the sides of the car. The tops of the front fenders also have nine circular vents, a design cue that references the Bugatti EB110 of the 1990s.

Moving to the back, the Super Sport 300+ has a long-tail rear end—9.8 inches longer than the standard Chiron—for greater high-speed stability. The added length also allowed Bugatti to increase the size of the rear diffuser, as did the Super Sport 300+ model's vertical tailpipes. Together, these changes increase the diffuser's size by 32% over the standard Chiron item, Bugatti said.

Atop that elongated tail sits a larger rear wing that, when fully extended in the car's handling mode, has about 8% greater surface area than the standard wing, according to Bugatti. As with other versions of the Chiron, the wing retracts in top speed mode to minimize drag.

Engine modifications include reinforced pistons, a higher-pressure oil pump, and reworked turbos. Under full load, they the turbos suck in 4.8 tons of air per hour, according to Bugatti.

The Chiron's 7-speed dual-clutch transmission received new gear ratios to enable its higher top speed, as well as a 0-124 mph acceleration time of 5.8 seconds, and a 12.1-second sprint from 0-186 mph.

Bugatti announced a customer version of the Chiron Super Sport 300+, but only recently began deliveries. The first two of 30 planned cars reached customers in late September, and for any owners wanting to set a land-speed record of their own, note that Bugatti limits the speed of these models for safety reasons.