The Jaguar XJ220 was the British automaker's ultimate road car of the early 1990s, but a handful of these supercars also raced at the 24 Hours of Le Mans. One of those XJ220 Le Mans cars is heading to a sale from auction house RM Sotheby's on November 19 at France's Circuit Paul Ricard.

This 1993 Jaguar XJ220 C LM is one of three that competed at Le Mans that year (a fourth car was also built but not raced). The race cars were prepared by Tom Walkinshaw Racing (TWR), which was also heavily involved in development of the XJ220 road car. TWR won Le Mans as the Jaguar factory team in 1988 and 1990 with the XJR-9LM and XJR-12 prototypes, respectively.

The racing version of the XJ220 used the same 3.5-liter twin-turbocharged V-6 as the road car. This engine was also used in the XJR-10 and XJR-11 prototypes, so TWR had some previous experience racing it. 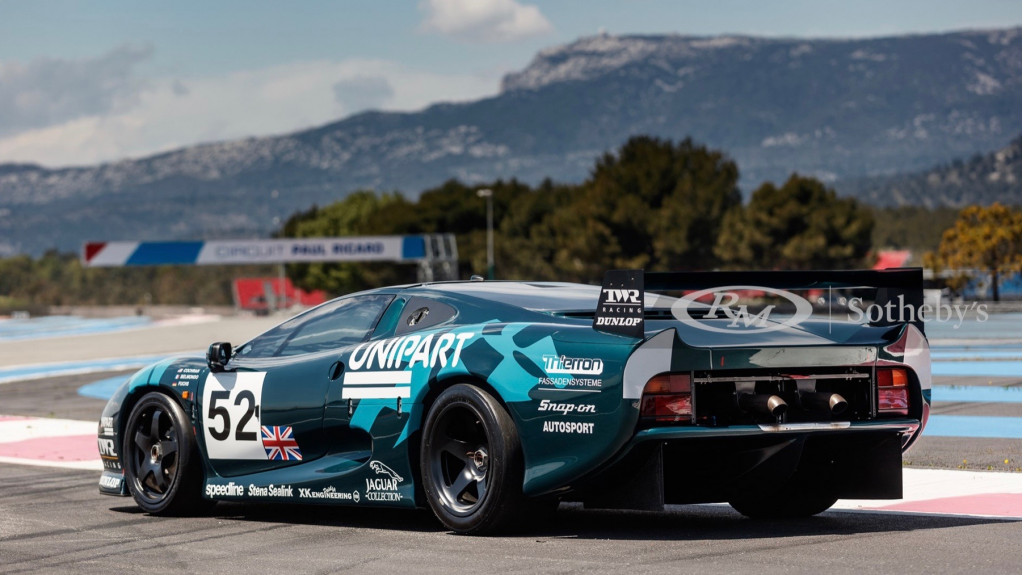 This car—TWR serial number 003—was driven by Jay Cochran and Paul Belmondo, as well as Andreas Fuchs who was behind the wheel when a tire failed at high speed on the Mulsanne Straight. Despite a spin, Fuchs was able to cover the car without hitting anything and limped back to the pits. However, damage from the self-destructing tire was unrepairable, and the car was retired after 176 laps.

Serial number 002 crossed the line first in the GT class (and 15th overall), but was later disqualified for not having catalytic converters. Jaguar didn't return to Le Mans with the XJ220, but serial number 003 was entered by a privateer team in the 1995 24 Hours of Le Mans. It retired with engine failure after 135 laps.

The car was later sold to a member of the Jaguar Club of Japan and crashed. The damage was repaired by XJ220 specialist Don Law Racing, and the car was then sold to current owner Jean Guikas. It's being auctioned off with the rest of Guikas' collection, and is expected to sell for between $1.1 million and $1.6 million.