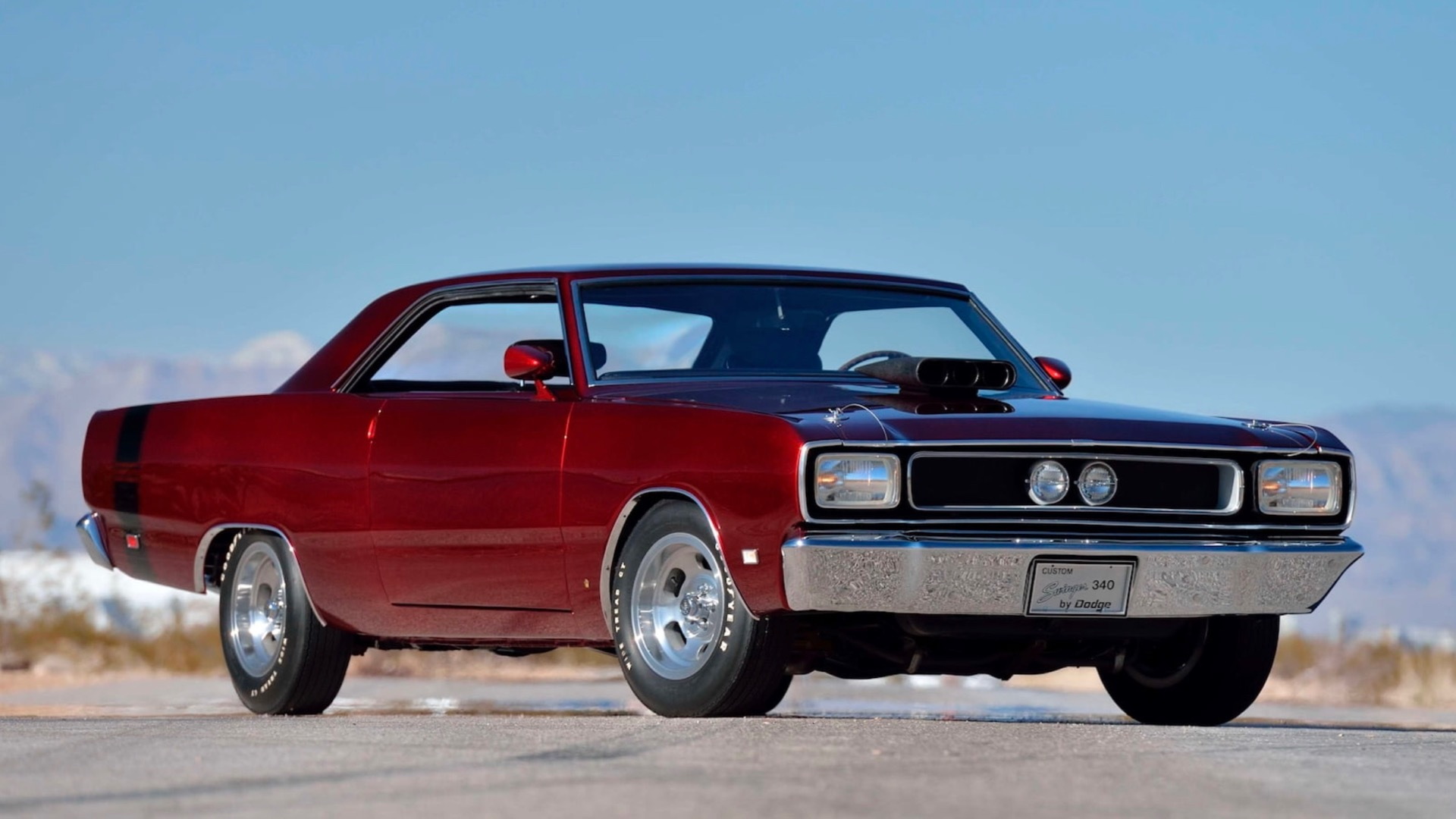 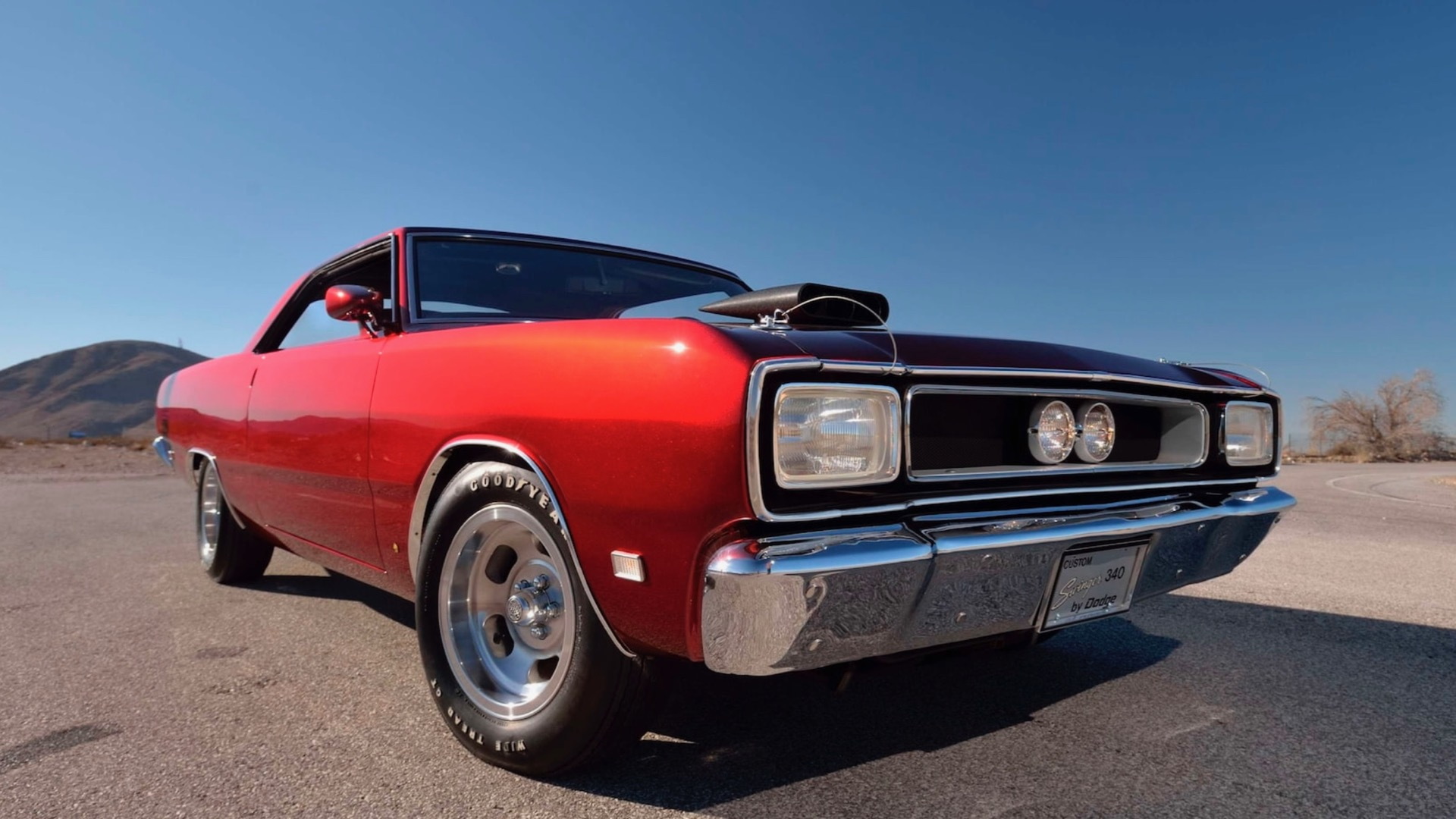 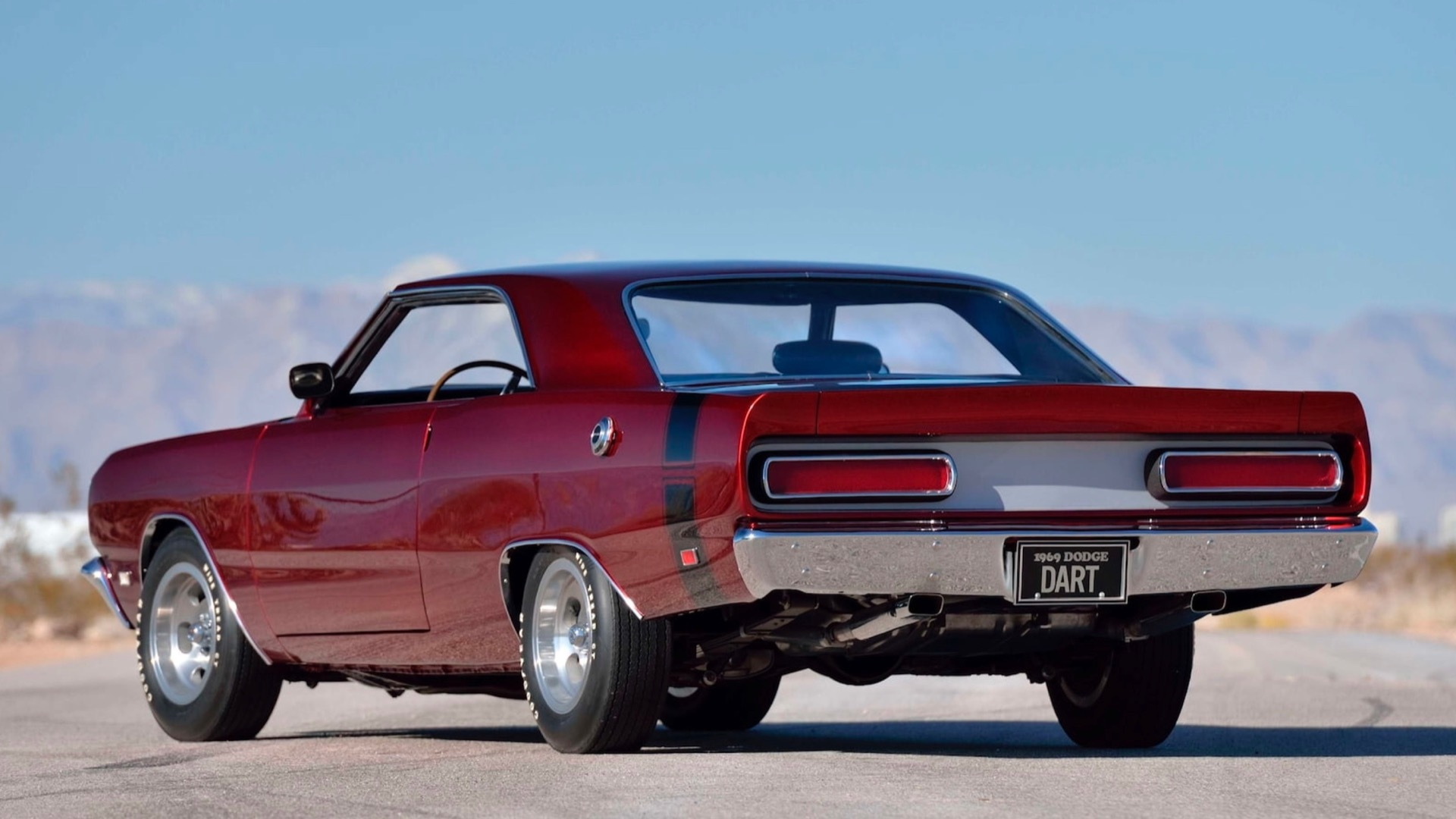 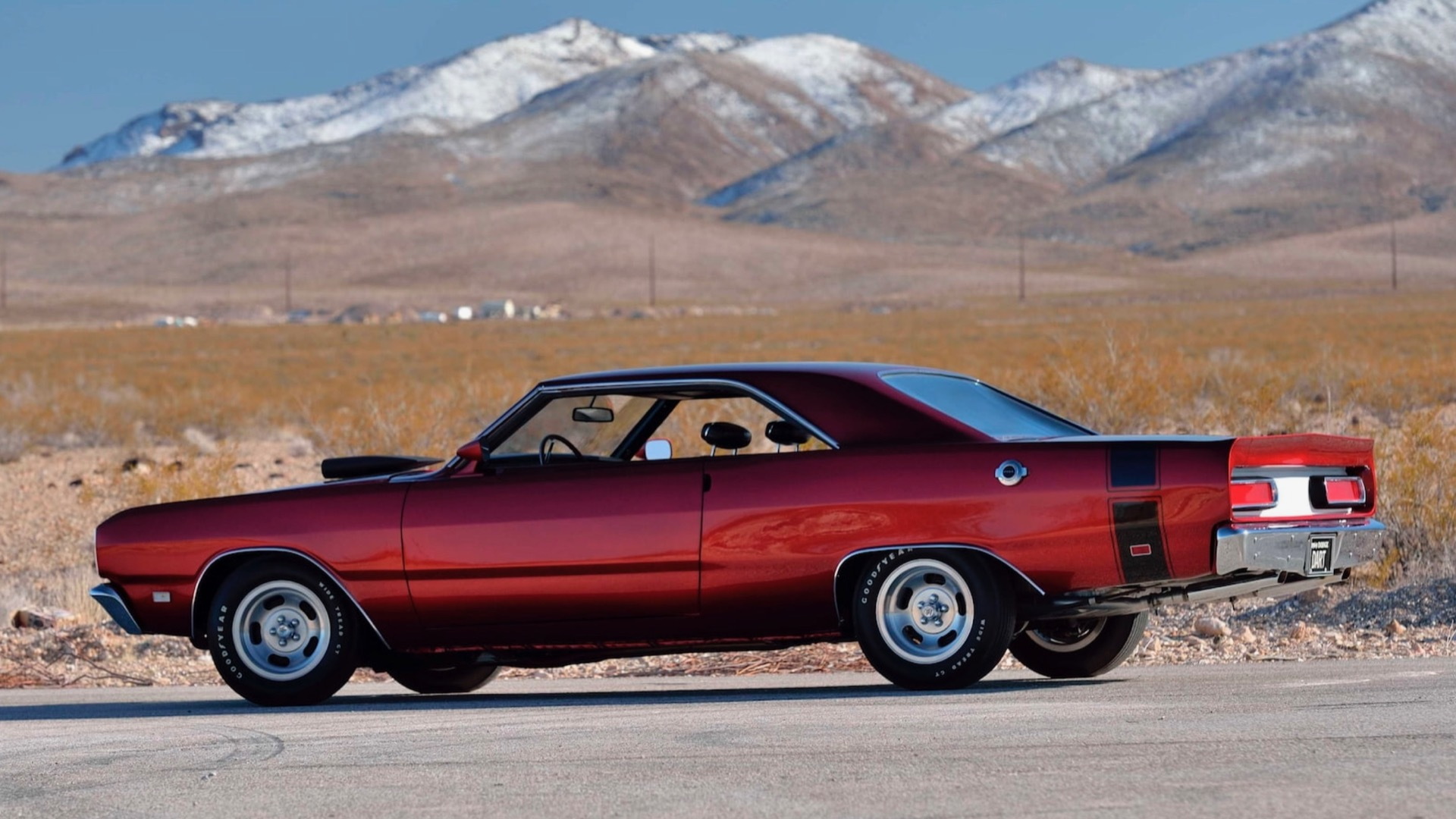 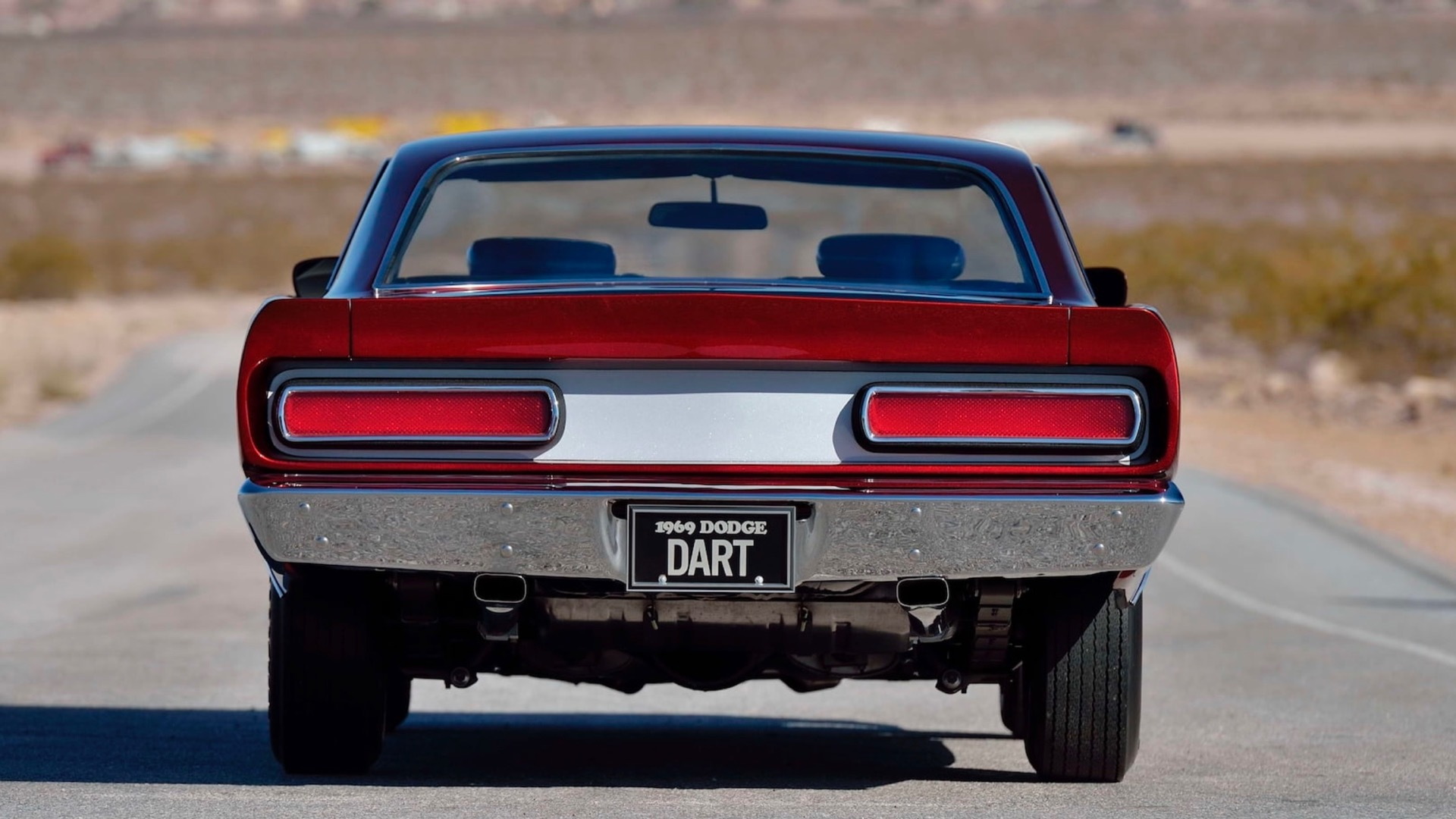 A vintage Dodge concept car will cross the block at Mecum's auction set for Kissimmee, Florida, in January.

Built by Alexander Brothers in Detroit, the concept is based on a Dart, but with quite a few modifications. The roof appears to be chopped, and the concept sports square Cibie headlights (as opposed to the round production pieces), a pair of fog lights in the center of the grille, and a Charger-like rear fascia. A hood scoop and custom grille frame inspired designs later used on production models, according to the auction listing.

The concept wears Maroon Metallic paint with a black tail stripe that was a common Mopar design feature of the period. It rolls on Ansen Sprint slotted aluminum wheels with Goodyear Polyglas tires. The lack of windshield wipers and capped-off washer reservoir are a reminder that this is a concept car.

Power is provided by a 340-cubic-inch V-8 with a 4-barrel carburetor and dual exhaust. A similar engine was used in the production Dart Swinger. Power is sent to the rear wheels through a 4-speed manual transmission with a Hurst shifter.

Dodge kept the Dart around until the mid 1970s, when it was replaced by the Aspen. The Dart name was revived for the 2013 model year, but this 21st century version only survived until the 2016 model year. Dodge built a few concepts in the vein of the Swinger, but unlike the 1969 concept, they didn't inspire any production models.