The McLaren F1 holds a special place in the supercar pantheon for its impeccable engineering and for once holding the record of world's fastest production car. Even high-dollar supercars need to get washed once in a while, and this is how you do it.

Topaz Detailing specializes in exotic cars, producing a series of YouTube videos showing cars like a Lamborghini Veneno and Aston Martin Vulcan getting washed and detailed. This time, it's the McLaren's turn. This particular F1 was actually driven from its home in the U.K. to Belgium's Spa-Francorchamps racetrack and back, so it was in need of a good wash.

Known for his championship-winning Formula One cars, designer Gordon Murray aimed to make the F1 the ultimate road car. To achieve that goal, the F1 got a high-revving 6.1-liter V-12 from BMW, a central driving position, and lightweight carbon-fiber construction—still a novelty in the early 1990s. 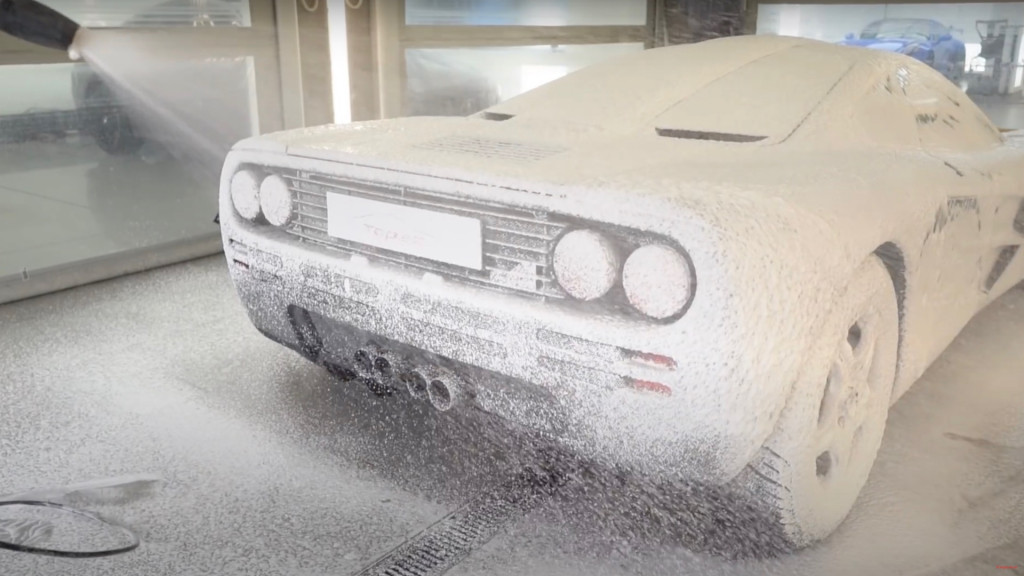 While Murray envisioned the F1 as a road car, it did eventually go racing, winning the 1995 24 Hours of Le Mans. McLaren was then forced to produce upgraded versions to keep pace with the competition, such as the GTR Longtail, but these were less successful than the original version.

Still, the F1 is such an icon that both McLaren and Murray have launched tributes. The McLaren Speedtail keeps the F1's central driving position, but packs a 1,055-hp hybrid powertrain. Murray's T.50 emphasizes the driving experience over numbers, boasting a manual transmission and naturally aspirated V-12 that can rev to 12,100 rpm. A more hardcore T.50s Niki Lauda version (named after the late three-time F1 champion) ditches the manual, but adds more aggressive aerodynamic elements, among other upgrades.

Original F1 road cars, meanwhile, are worth tens of millions of dollars. So you'd better wash with care.