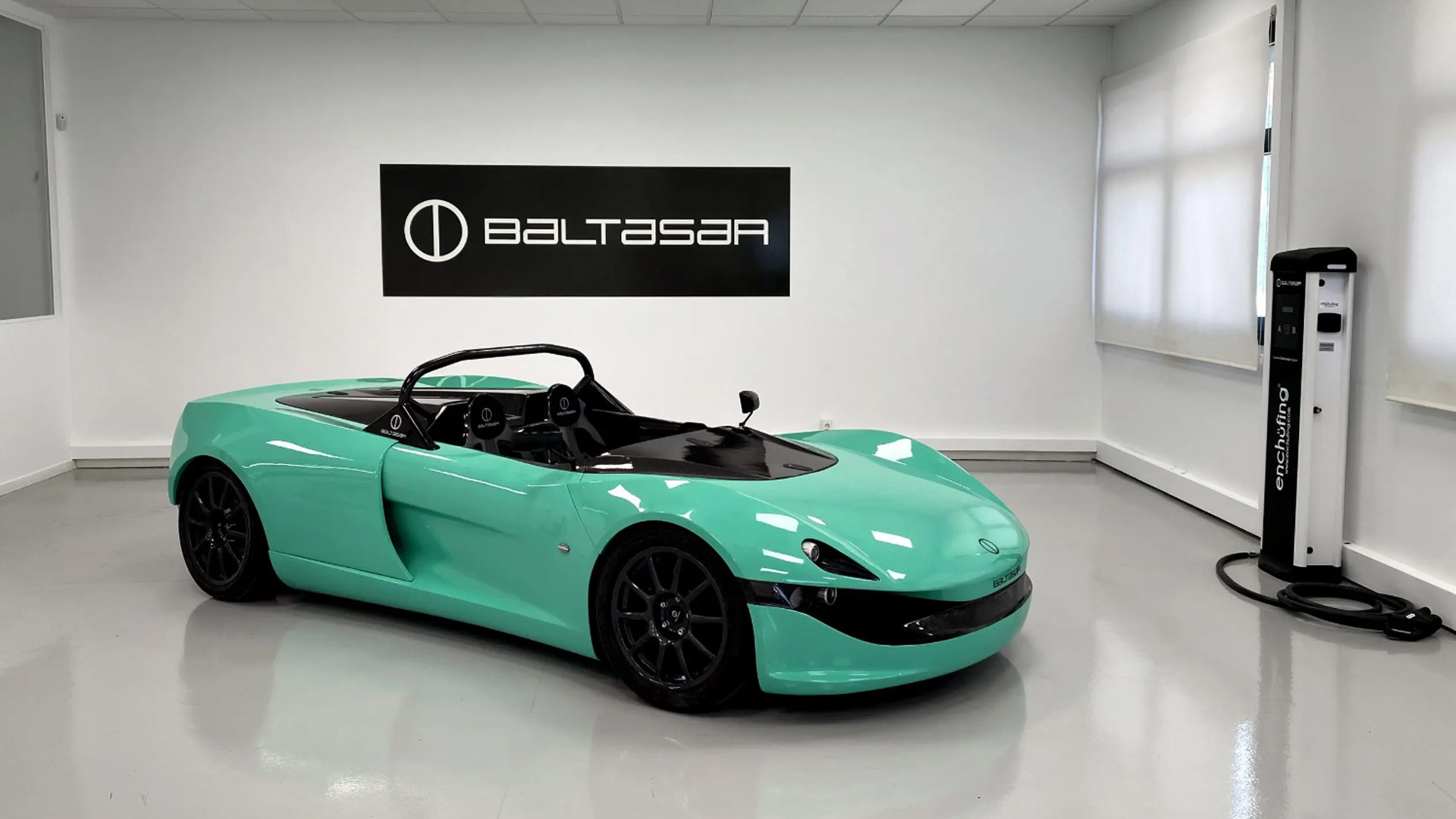 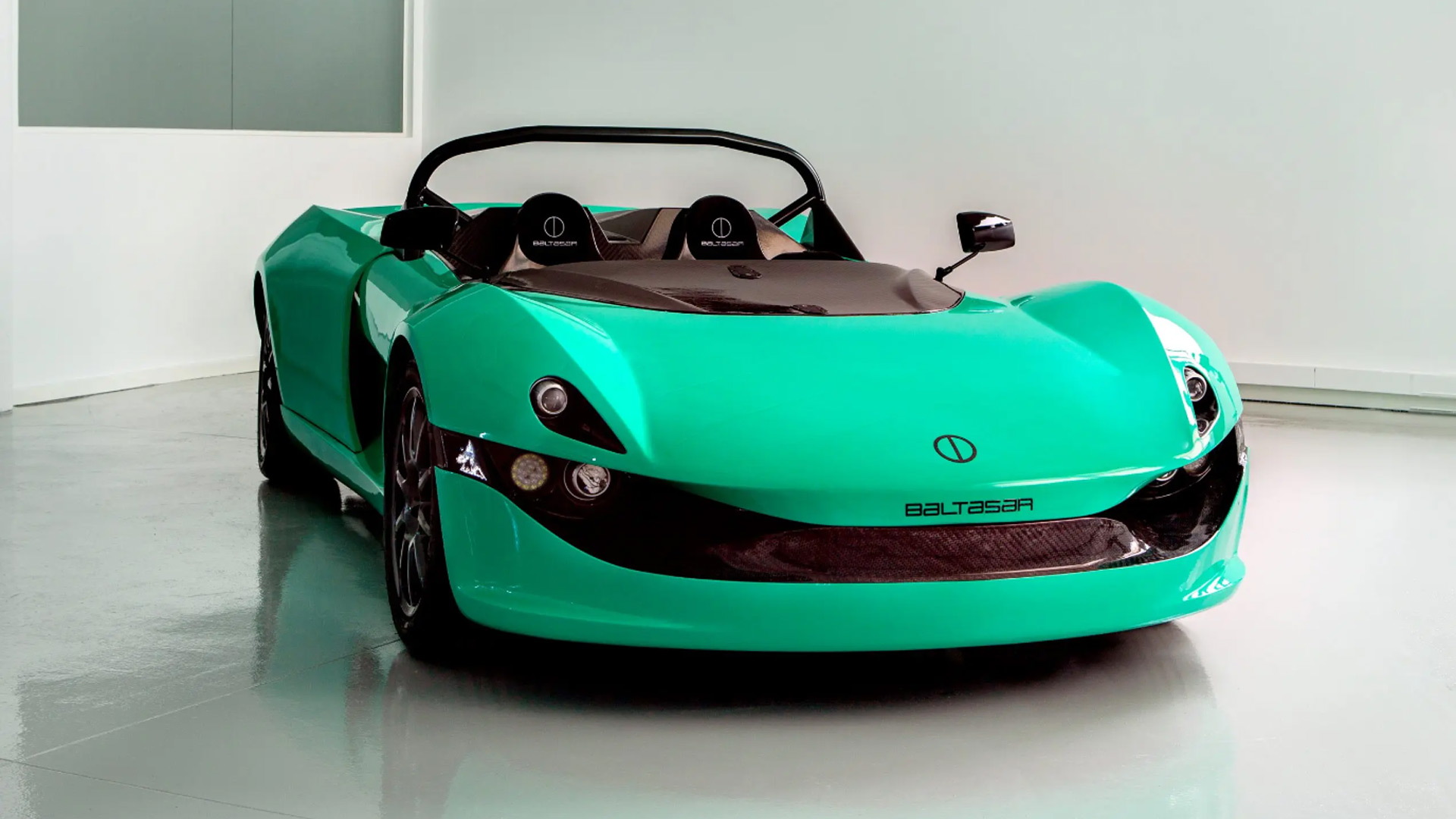 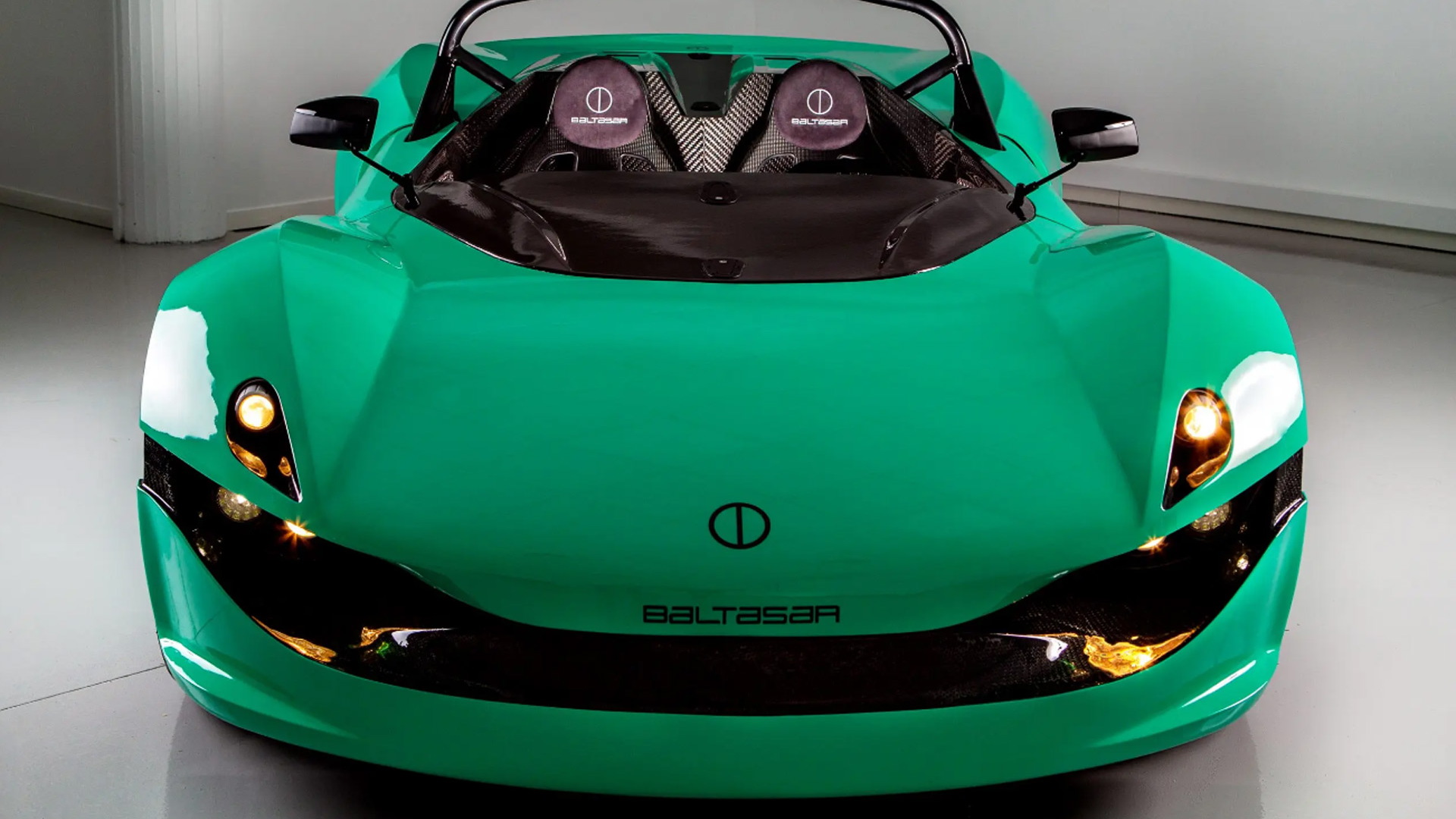 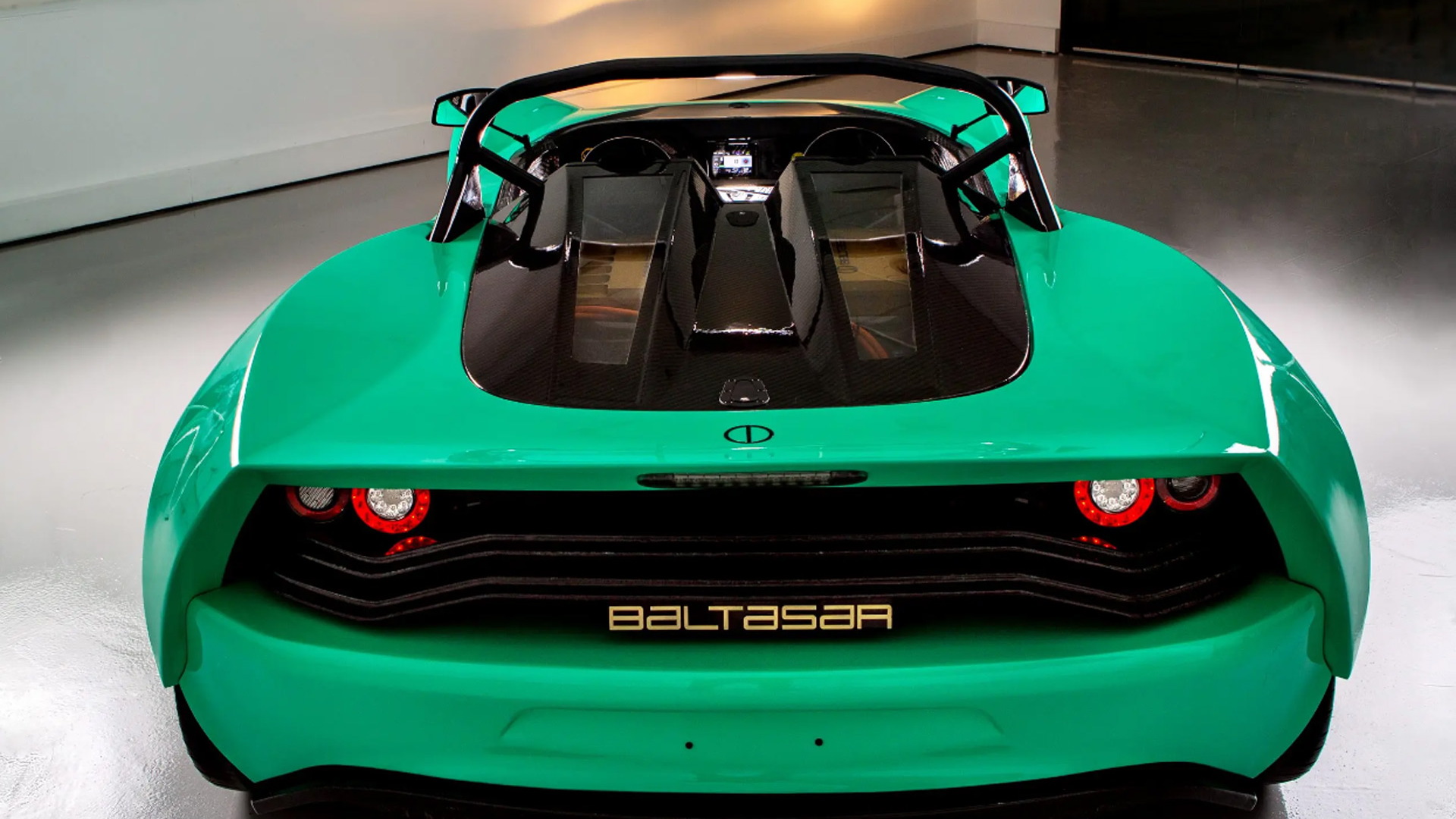 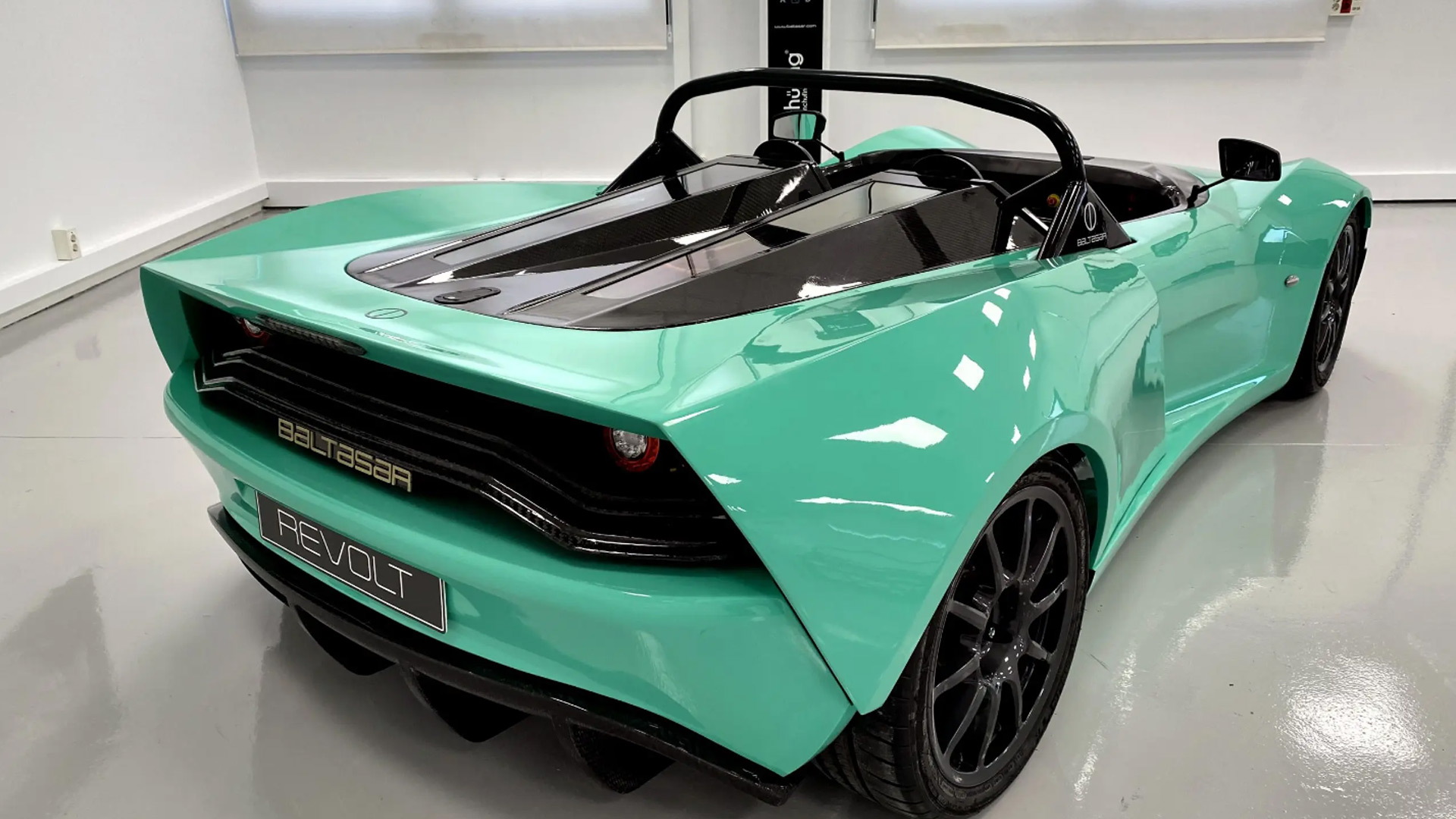 There are plenty of electric-vehicle startups looking to launch sedans and crossovers, but Spain's Baltasar has taken a different route. It's targeting the market for track cars with its new Revolt sports car.

Unveiled on Wednesday, the Baltasar Revolt is a battery-electric track car that can be legally driven on the street. You won't want to though, as the car is very low and has a seating position very close to matching a Formula One car.

No, the Revolt is much more at home on the racetrack, where it should excel given some of the specs. The car weighs a smidgen under 1,700 pounds yet packs a supercar-rivaling 500 hp and 737 lb-ft of torque thanks to two independent electric motors at the rear axle.

Owners can expect 0-60 mph acceleration in less than 2.5 seconds, according to the company. A top speed hasn't been mentioned.

The bulk of the weight is due to the battery pack which alone weighs 550 pounds and is oriented horizontally behind the seats. Baltasar hasn't announced the capacity but said a range of over 300 miles is possible at street-legal speeds. At track speeds, Baltasar said the Revolt should run for 40 minutes before it needs charging.

When it comes to charging, just five minutes is all that's needed to add 60 miles of range. This is possible due to a 700-volt electrical system, according to Baltasar. Responsible for the battery is fellow Spanish company Millor. Both companies were founded by Baltasar Lopez, who has also founded a charging technology company by the name of Enchufing.

The chassis of the Revolt is a tubular steel design built to FIA safety standards, while the body is made from carbon fiber to help offset the weight of the battery. Further weight saving comes from carbon-fiber and Kevlar construction for the push-rod suspension and much of the interior.

The Revolt is priced from 230,000 euros. Baltasar is currently accepting orders and expects to start deliveries in the second half of 2022.