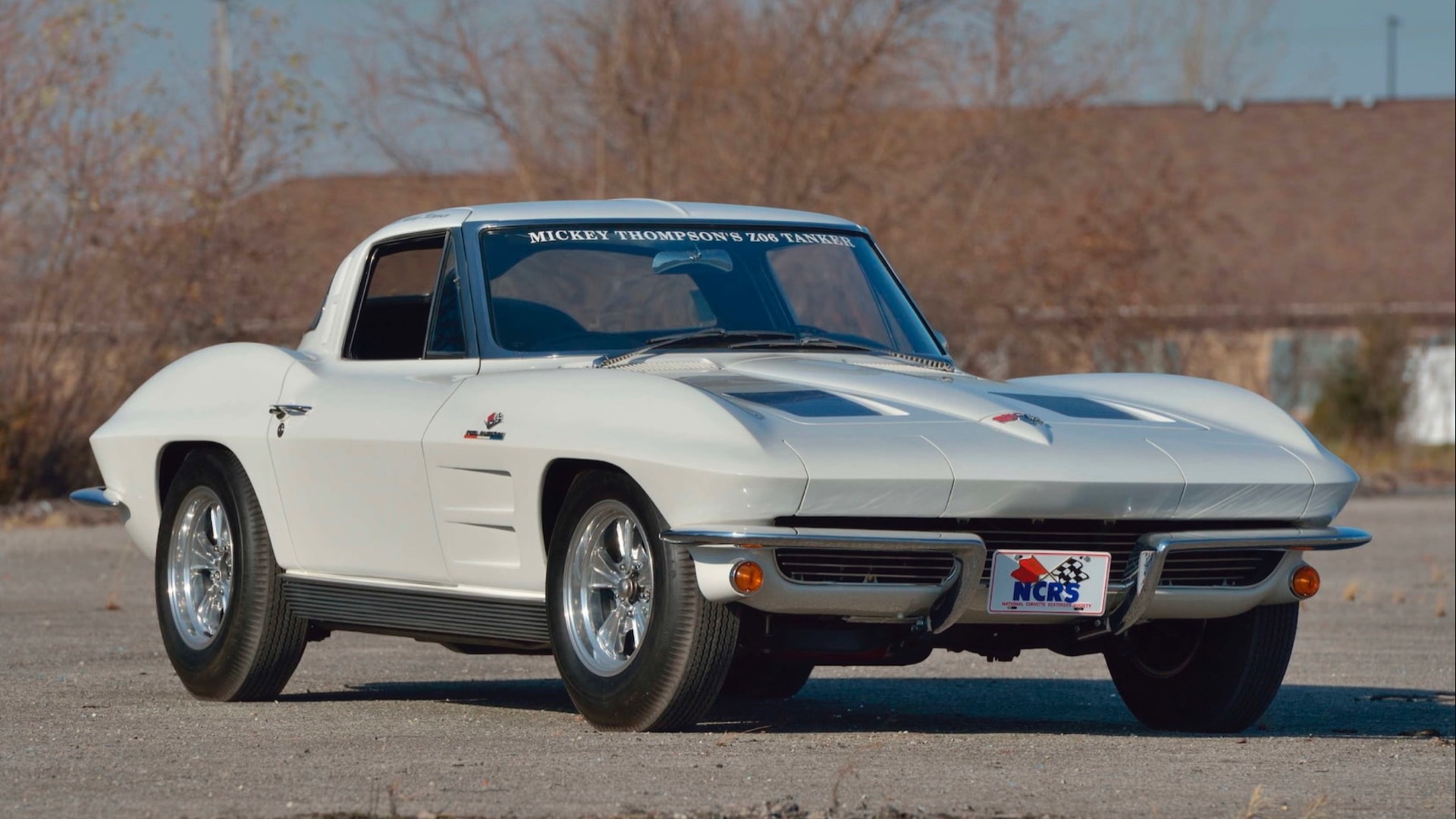 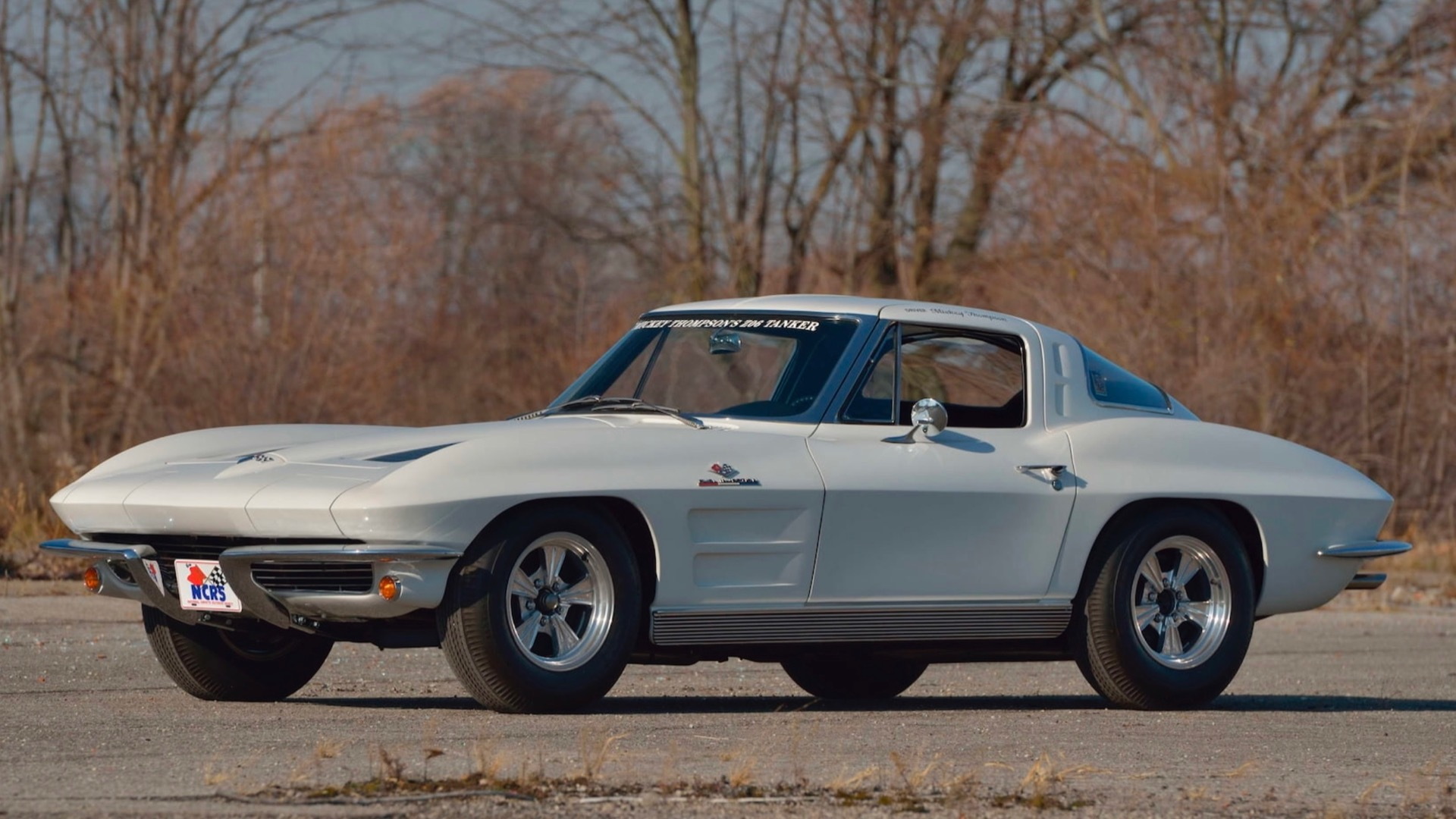 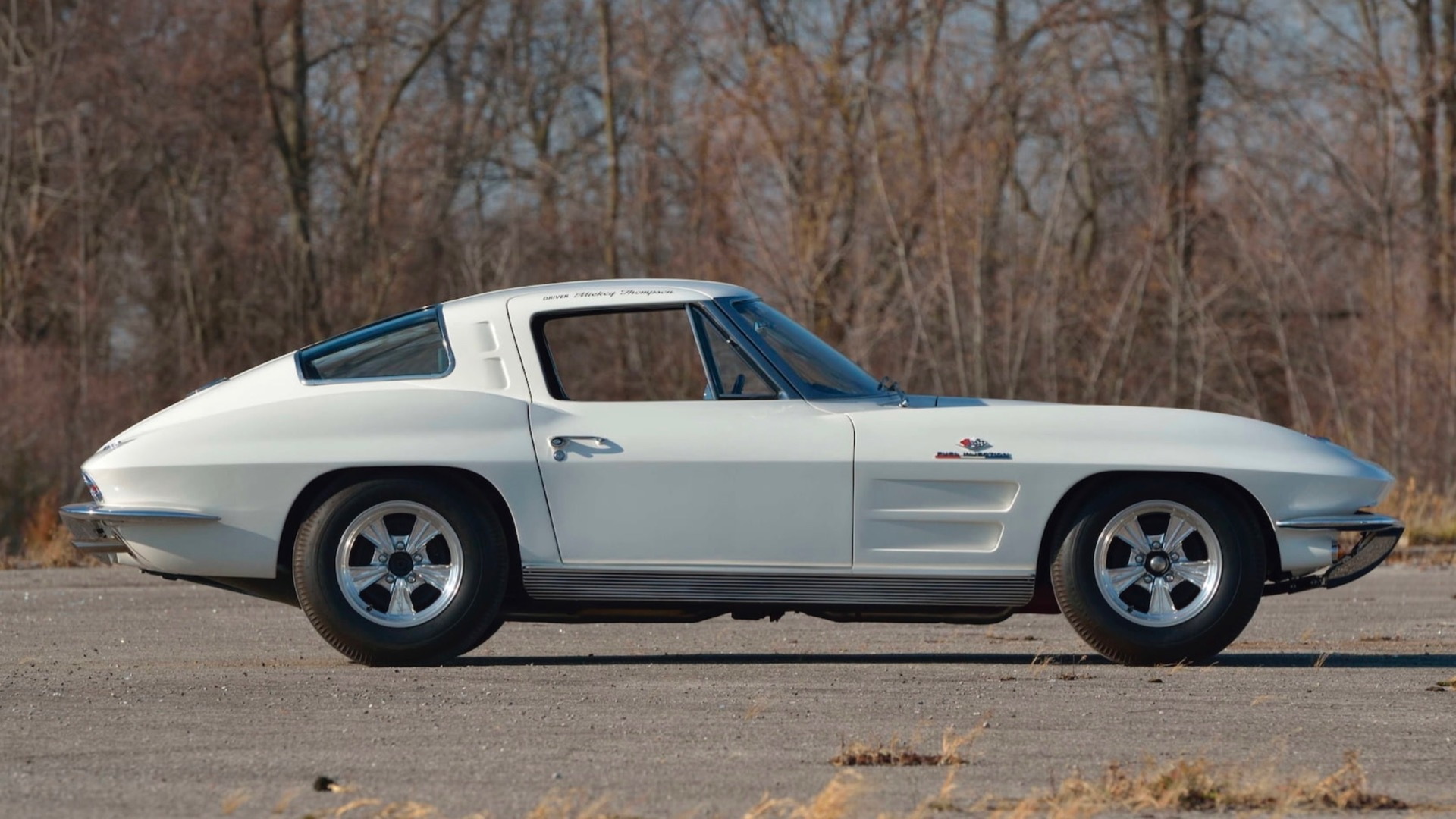 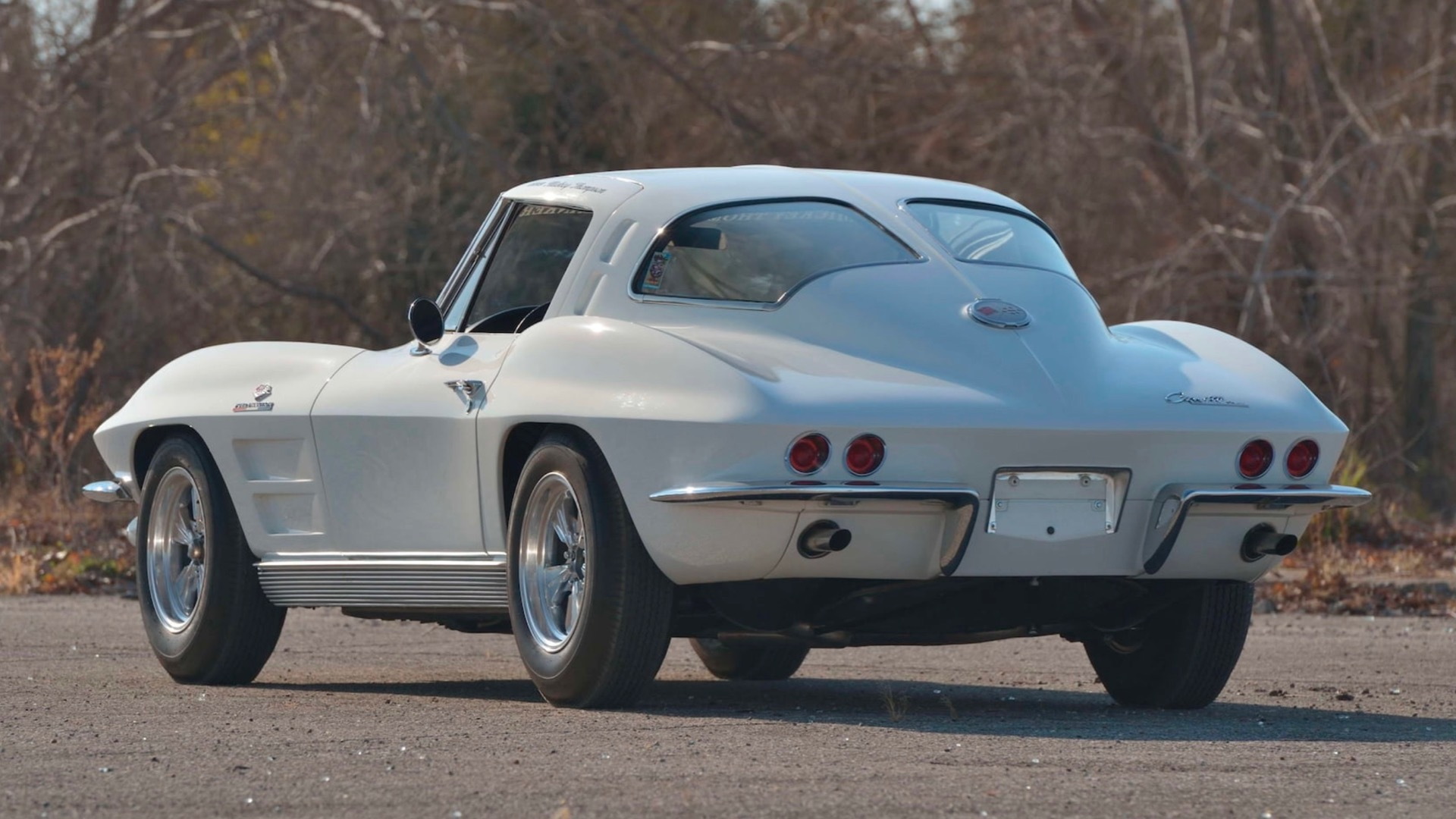 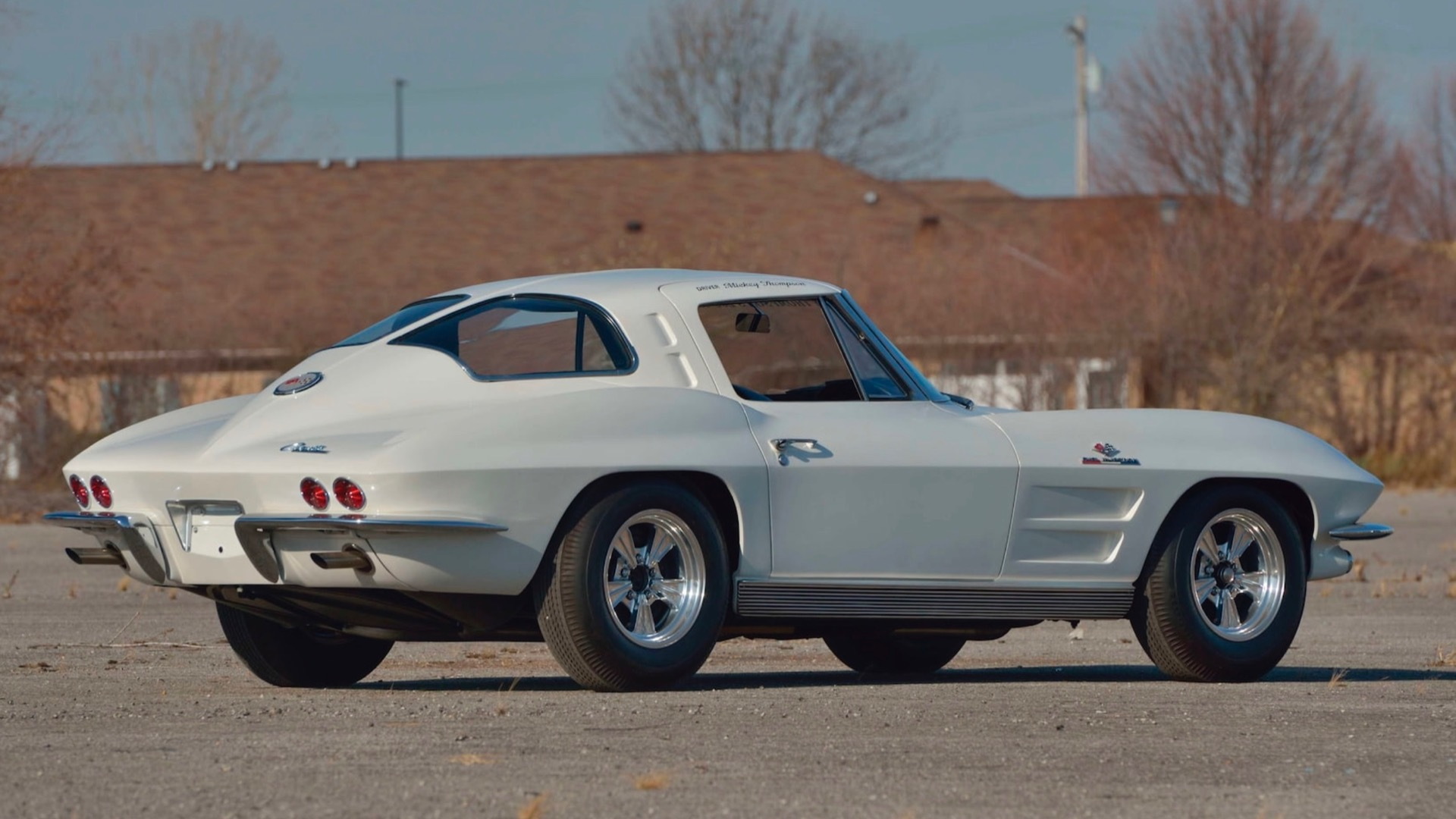 While the Z06 name is more commonly associated with recent Corvette generations, it was introduced for 1963, the first model year of the C2 generation. Designed for racing, the C2 Z06 was powered by a fuel-injected 327-cubic-inch L84 V-8, which featured a relatively high 11:1 compression ratio, a solid-lifter camshaft, and a high-flow exhaust system. The Z06-spec L84 produced 360 horsepower, which was sent to the rear wheels through a 4-speed manual transmission.

Other upgrades over the base C2 Corvette included finned aluminum drum brakes and beefed-up suspension. This car—serial number 6844—was also one of 79 with the larger 36-gallon fuel tank, which gave these cars the nickname "tanker."

Just 199 Z06 models were made for 1963, and Chevy allocated many for them to race teams. Thompson ended up with no less than five Z06s, although he spent the most time in number 6844, according to the listing. While the other four cars were heavily modified, this one remained largely stock and was used by Thompson as a daily driver, according to Mecum.

The car was purchased and restored by Corvette collector Mike Pillsbury in the 1980s, winning several awards on the car show circuit. However, the Mickey Thompson connection wasn't confirmed until Pillsbury and fellow Corvette specialist Mike Scott discovered Thompson's expired Chevron credit card in the driver's door, according to Mecum. The card is included in the sale.

While the original Z06 was basically a race car, the modern version isn't even the most potent Corvette road car. Despite 650 hp, the C7-generation Z06 was eventually surpassed by the 755-hp ZR1. That's likely to happen again, with the C8 Z06 potentially sitting below both the ZR1 and a new variant named Zora (after Corvette godfather Zora Arkus-Duntov) in the hierarchy.