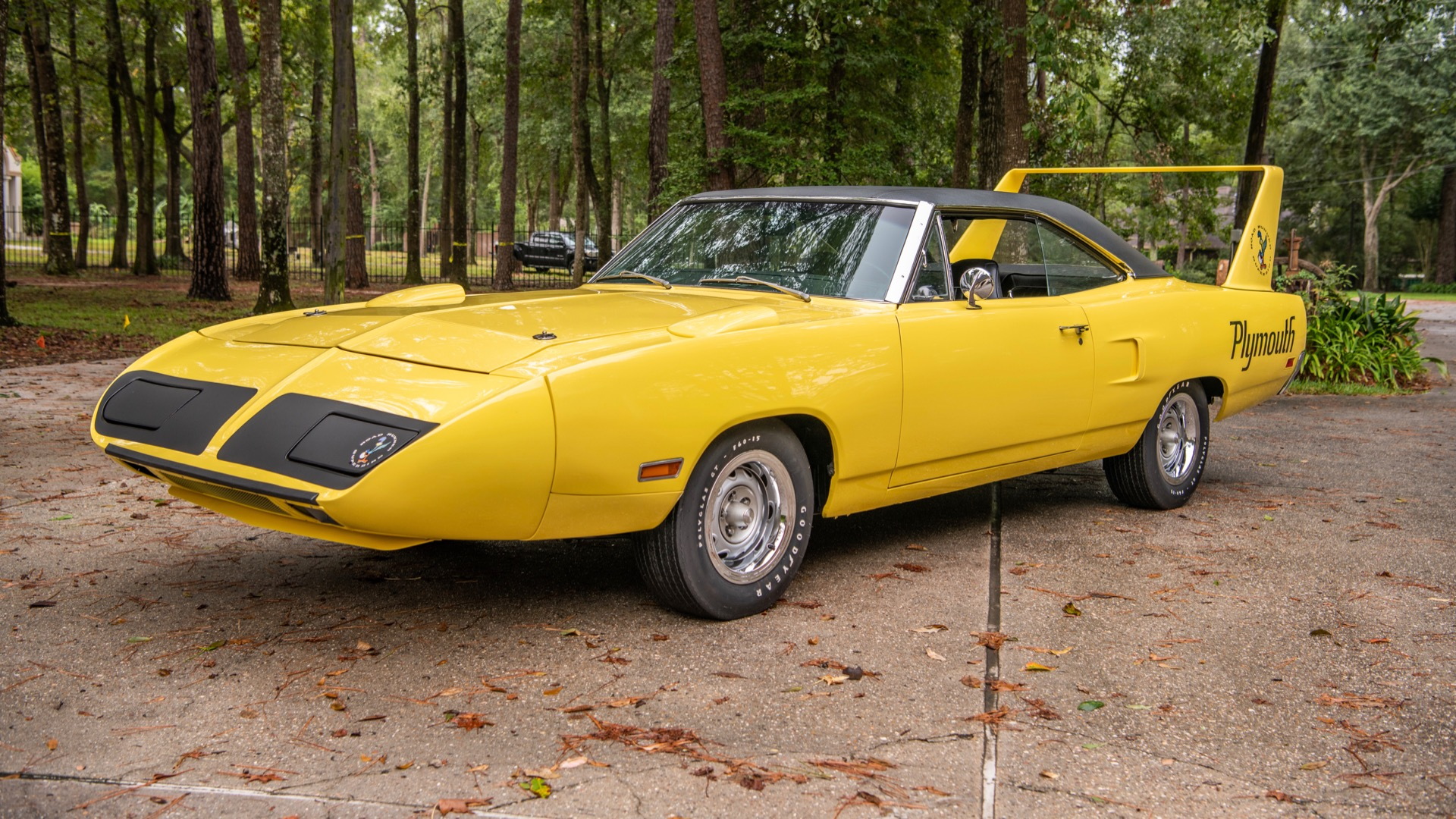 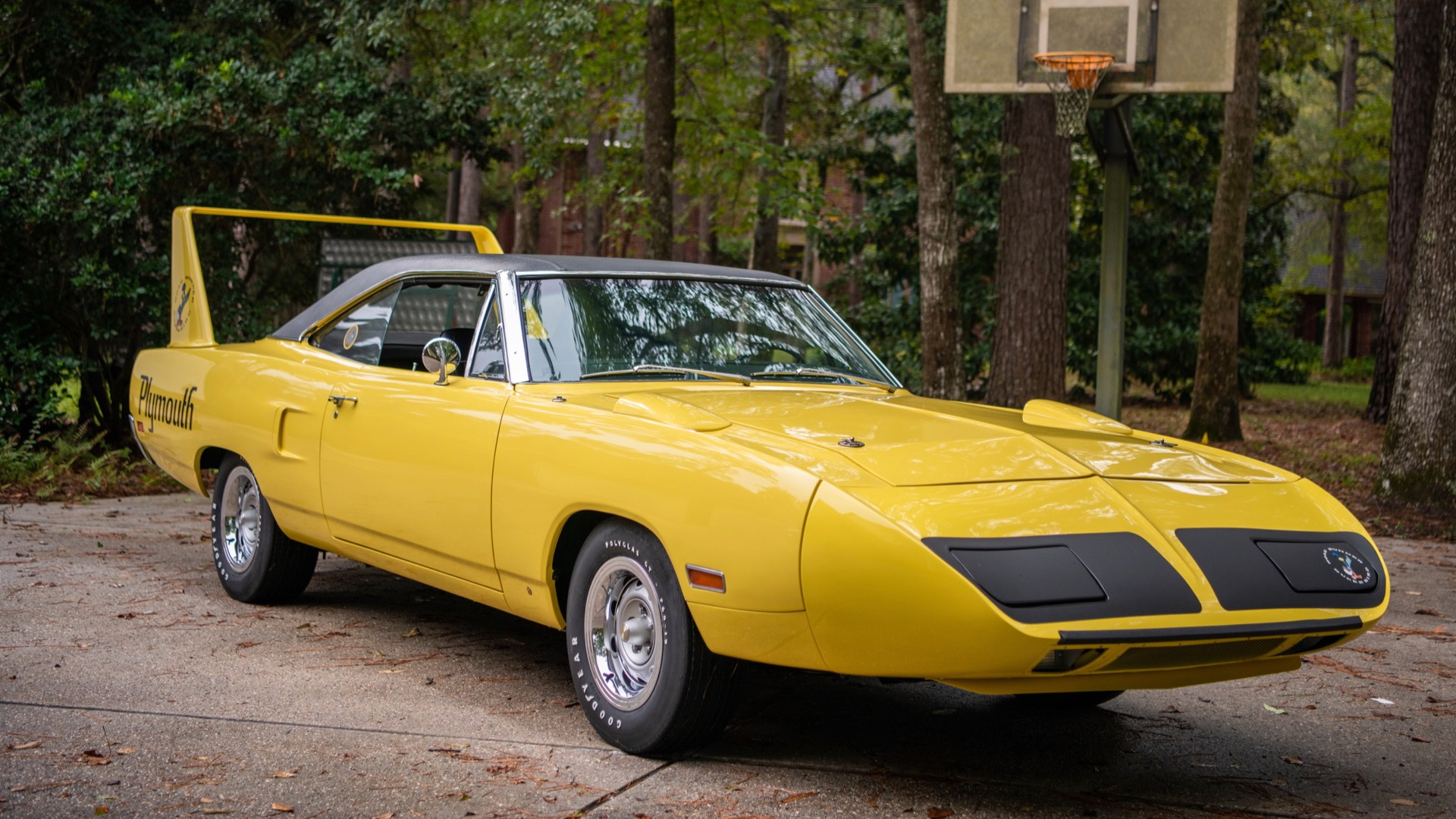 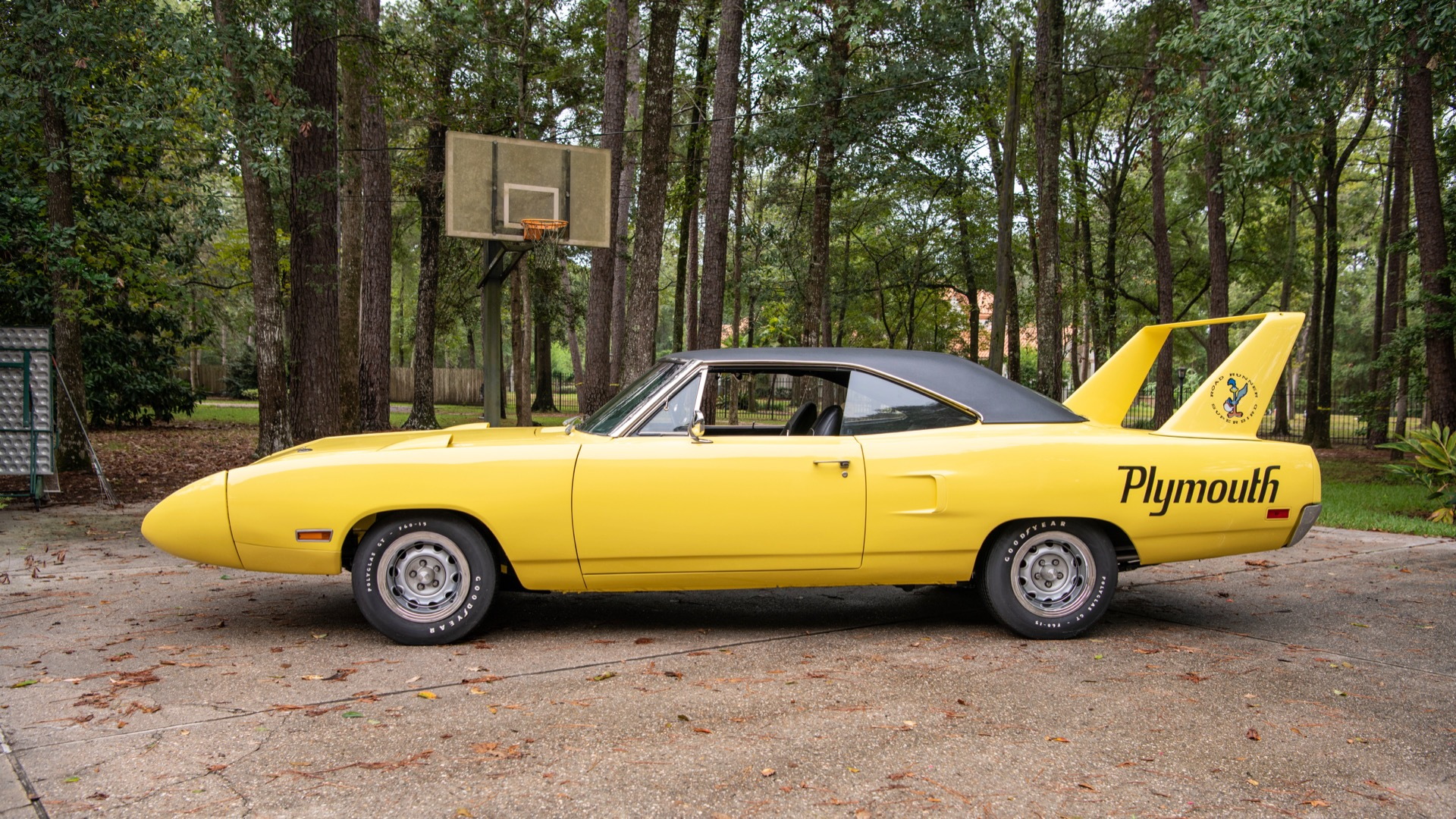 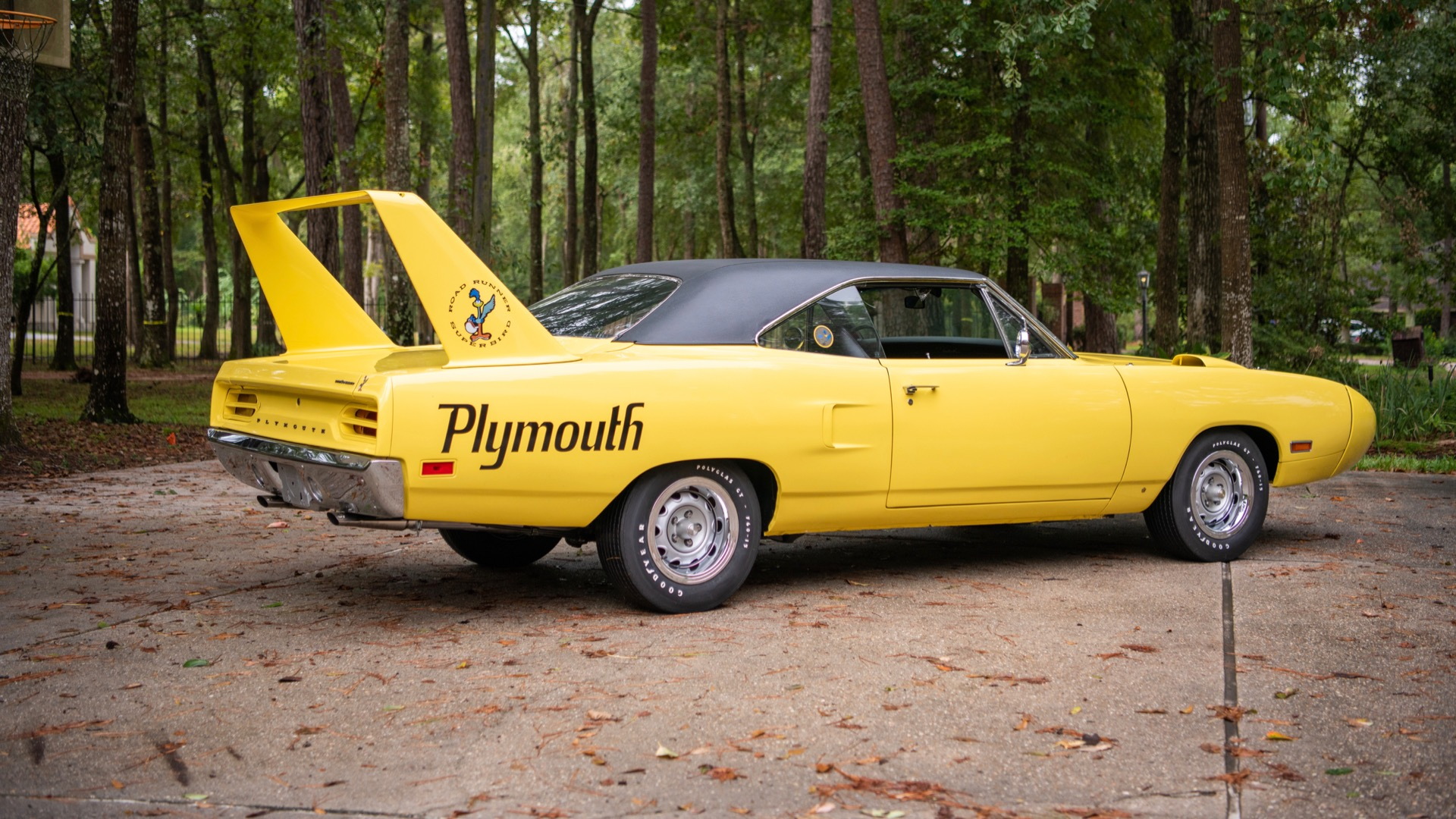 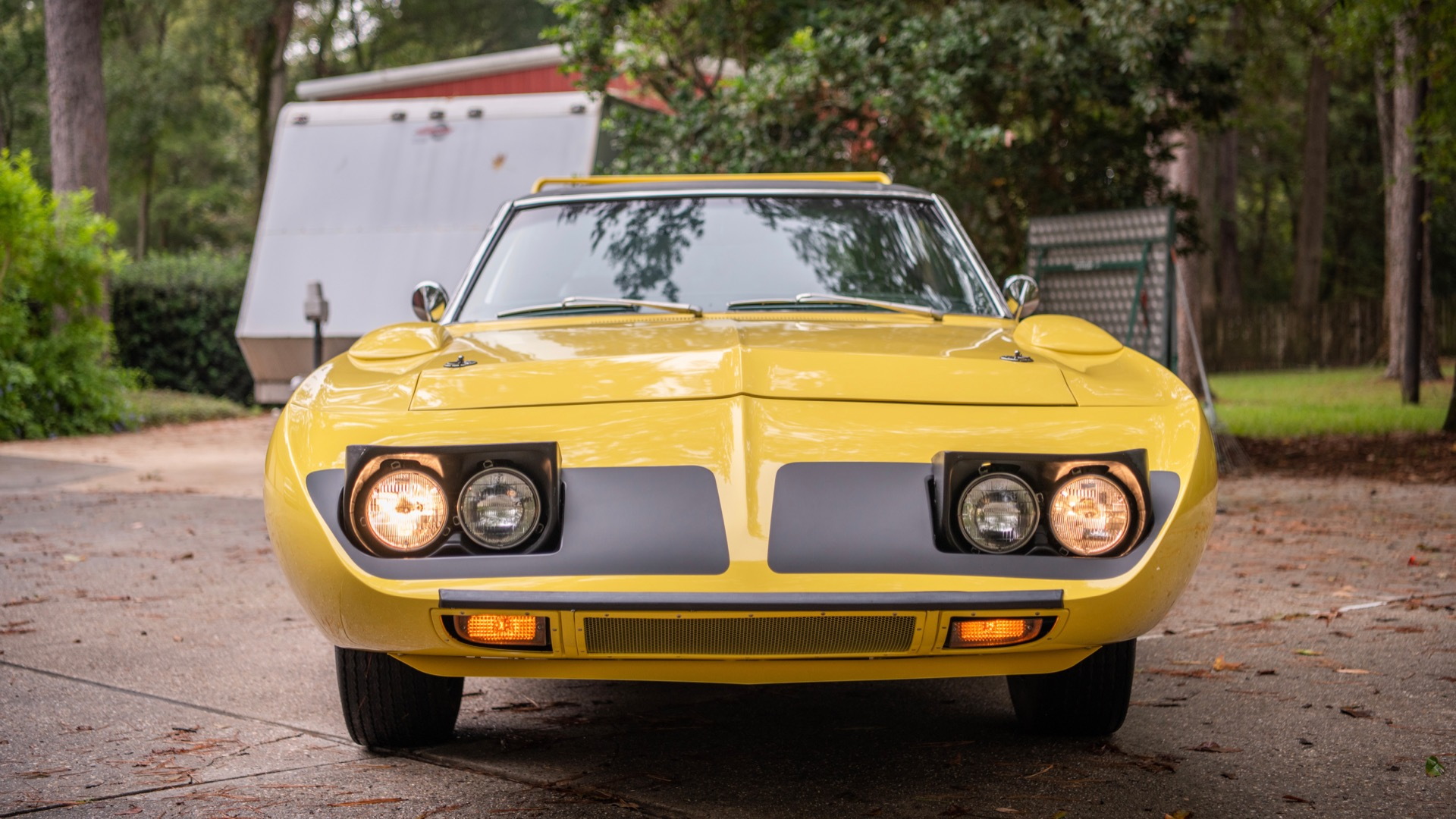 By the end of the 1960s, American muscle cars had reached new extremes of performance and styling. This 1970 Plymouth Superbird exemplifies the go-for-broke attitude of American automakers at that time. The recently restored car is currently up for auction through AutoHunter.com, with a high bid of $105,000 at the time of publication.

The Superbird was the product of a battle between Chrysler and Ford to dominate NASCAR. In the late 1960s, both automakers figured out that aerodynamics could create an advantage on-track. Things started off slow in 1969 with the Dodge Charger 500 and Ford Torino Talladega/Mercury Cyclone Spoiler II twins, all subtly modified versions of existing models.

In September 1969, Dodge upped the ante with its Charger Daytona, which sported a massive rear wing and a pointed nosecone. The add-ons looked cartoonish, but they worked: In its first qualifying appearance, the Daytona reached 199 mph, about 20 mph faster than the previous Charger NASCAR racer. NASCAR rules of the time also required Dodge to sell road cars equipped with the same aero addenda for homologation.

Plymouth joined the party in 1970 with the Superbird, which got the same nosecone and rear wing as the Daytona, but was based on the Road Runner body shell. The Superbird was pitched as a higher-volume sibling to the Daytona, but that still meant only 1,935 were produced during its sole model year, according to the listing.

This car is equipped with a 4-speed manual transmission and a 440-cubic-inch V-8, which has been stroked to 505 cubic inches. While Superbirds were available from the factory with the 440 V-8, the block is not original to this car, the listing notes. The engine was also originally equipped with a 4-barrel carburetor, but it has been upgraded to the Six Pack setup, with three 2-barrel carburetors.

The car was recently restored, and it's been driven only 20 miles since the restoration, according to the listing. The listing also says it has just 39,309 miles on the odometer. It wears the Lemon Twist Yellow hue it left the factory with, making this car a yellow bird of a different feather from the Ruf CTR that popularized that name. The car has spent its entire life in Texas, and is offered with a clean title from that state, the auctioneer says.