Ford is recalling automatic-transmission 2020 Mustang models due to a defect that could result in fracturing of the brake-pedal bracket, possibly causing the bracket to snap. The recall affects 38,005 cars, according to a notice issued by the National Highway Traffic Safety Administration (NHTSA) on Sept. 23.

First spotted by Roadshow, the defect is due to a change in material for the brake-pedal bracket. A switch was made from nylon to polypropylene with "insufficient design margins," Ford documents submitted to the NHTSA show. This was only done for automatic-transmission cars; manual-transmission 2020 Mustangs are unaffected. The bracket in question was introduced into production on March 4, 2019 and taken out of production on Aug. 13, 2020, so only cars built during that time span are affected.

During "sudden stopping," the bracket could snap, making it harder for the driver to brake, according to the recall notice. In the accompanying documents, Ford said it was not aware of any crashes or injuries related to the defect. 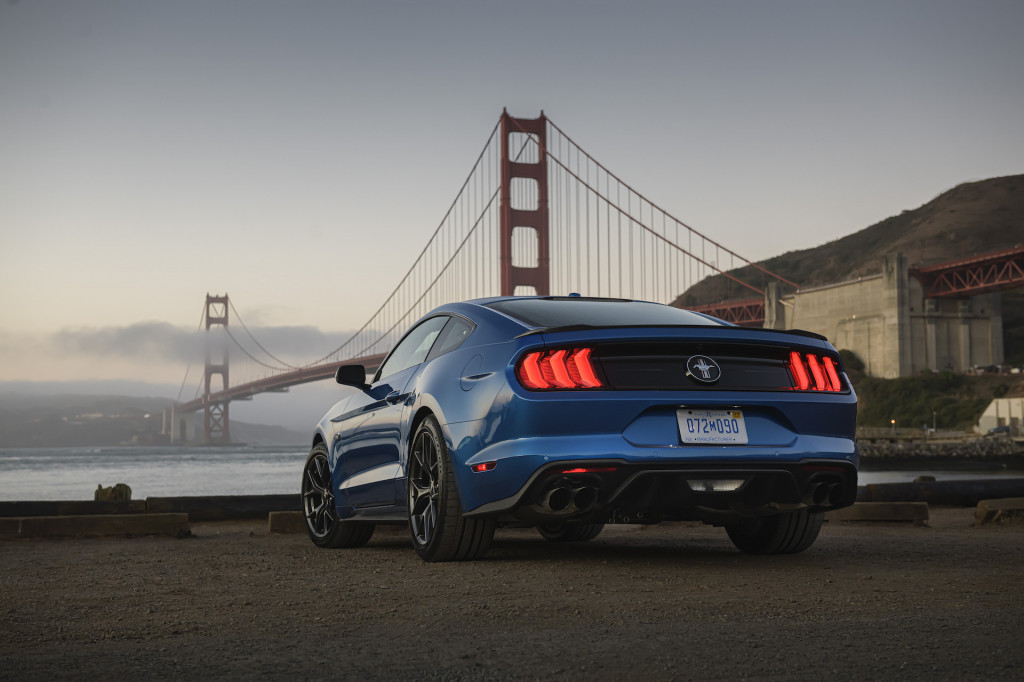 The recall is expected to begin Nov. 16. Owners of affected cars will be notified by Ford, and dealerships will replace the pedal-bracket assembly free of charge.

This is the third recall for the 2020 Mustang, with the other two announced in May. One was due to the "transmission not in park" warning message and associated chime being shorter than intended on 2019-'20 Mustangs, as well as some 2019 Expedition models. The 2020 Mustang was also recalled for an improperly calibrated forward-facing camera, which could impact driver-assist features like adaptive cruise control, active lane control, and automatic high beams. That recall affected just 24 cars, however.