The Meyer-Drake Offenhauser engine of the 1950s was robust, powerful and reliable. After all, the 252 ci. DOHC inline four-cylinder engine had not only won the Indianapolis 500 every year from 1950 – 1960, but also captured the next two positions in each race as well. The Offy also set the pole winning time 10 out of those 11 years. No doubt the 252 Offy was the weapon of choice for the 500.

The AAA Contest Board had voted in early 1952 to allow stock-block engines starting with the 1953 500 at a 325 ci. likely to encourage OEM manufacturers to participate with their new V8 engines. 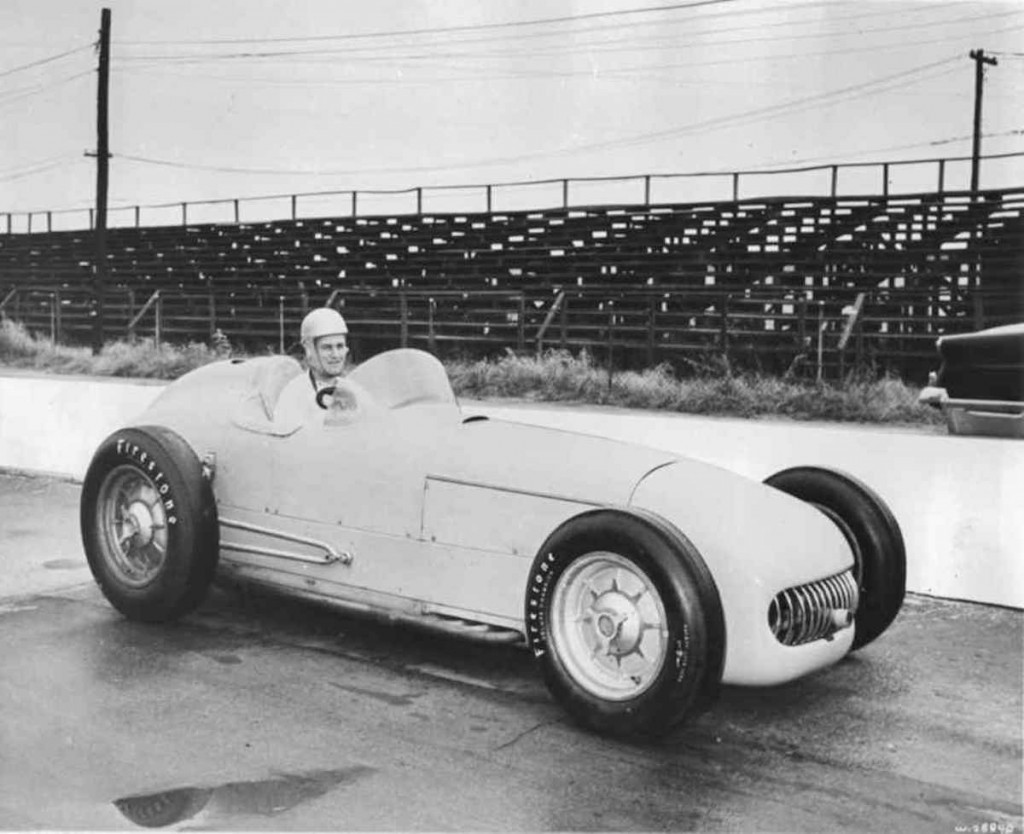 The new 331 CID Hemi V8 was the most powerful passenger car engine on sale at the time. Chrysler recognized the possibilities of using the new Hemi to compete in motorsports.

Their first race-related project using the Hemi was for a version developed for sport car racing entrant Briggs Cunningham to take on Ferrari and Jaguar in the Le Mans 24 Hours. While never capturing a win, Cunningham’s cars put in some strong finishes. As testament to the Chrysler Hemi’s power, the 1954 Cunningham was 10 mph faster than Jaguar, their closest competitor, down the Mulsanne Straight. 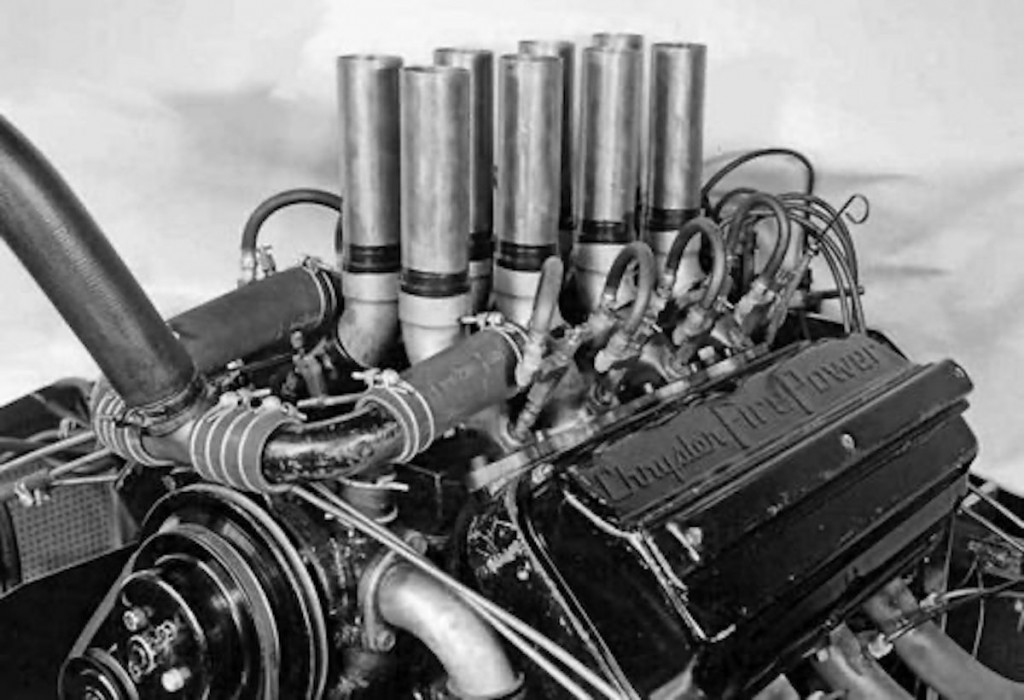 The stock block pushrod engine developed an incredible 404 HP at 5200 rpm (with some sources stating 447 HP as it was further developed). Compare that to the peaky Offenhauser which had to be wound to 6800 rpm to produce 420 HP.

In 1952, Chrysler dealer Roger Walcott’s ordered a new Kurtis-Kraft 500A roadster, chassis number 355-52, specifically designed around the Chrysler V8 in preparation for the 1953 race. Firestone and Chrysler were keen to see how the Hemi would perform at the Speedway so they hired Walcott’s team for a test run. 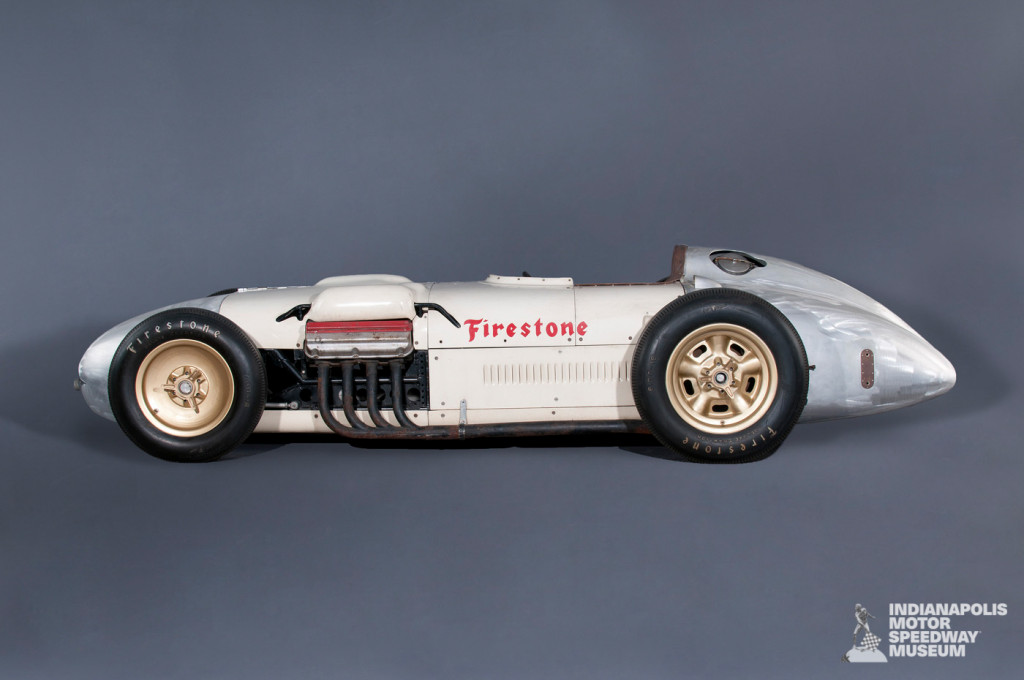 At the end of two weeks and 1,500 miles of testing, the results were clear: the A311 Hemi was most definitely a contender to win the 1953 Indianapolis 500.

The word got around quickly about the performance of the race-prepared Hemi. Faced with angry car owners who were looking at a considerable amount of cash invested in engines that would immediately become obsolete, the AAA Contest Board reacted. 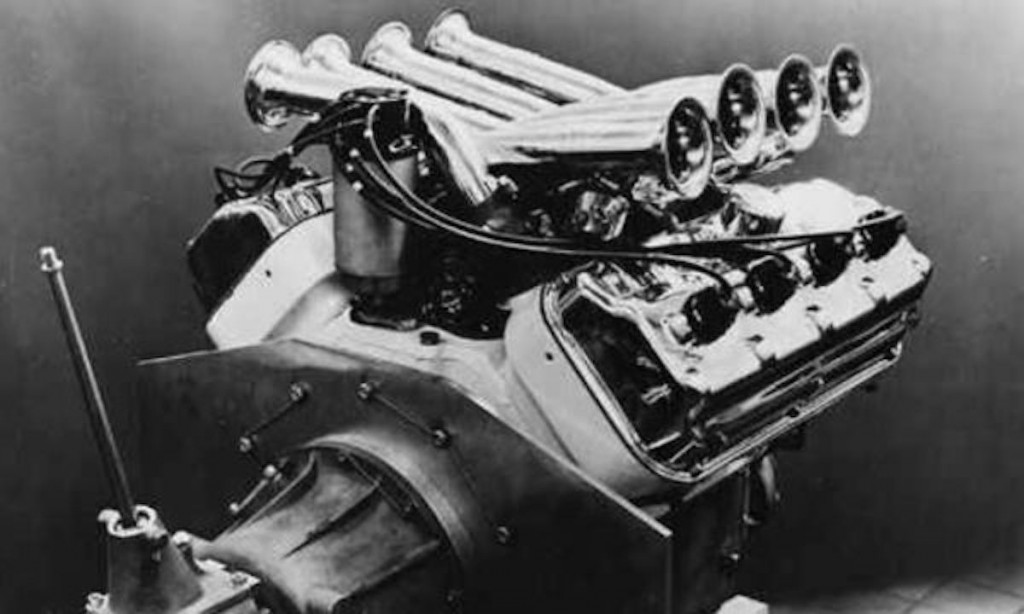 The A311 Hemi engine in its final form | IMS Museum photo

There could only be one reason – fear that the A311 Hemi could put all of those expensive Offenhauser engines on the shelf. The economics were severe. A single 252 Offy listed for a cool $10,000 in 1956. That’s $95,000 in today’s money and as top teams could own a half-dozen engines, it’s over $500,000 (2020) invested in what could easily become outdated equipment with no buyers.

Chrysler did rush through a program to develop smaller displacement version of the A311, now displacing 271 CID. The engineers managed to extract 350 HP at 5800 rpm from the smaller engine. Further development pushed engine speed to 6500 and then 7000 rpm but it wasn’t enough – the Hemi powered cars were lapping 4 to 5 seconds slower than the field. None of the three Hemi-powered cars entered made it through qualifying.

The lesson Firestone took from the Chrysler Indy adventure is that it could significantly reduce its cost of testing race tires. Instead of paying race teams a per day rate for the use of their car, crew and driver, the company bought itself its own roadster, Kurtis-Kraft KK500A, chassis No. 379-54, constructed to accommodate the A311 Hemi. Future NASCAR legend Ray Nichels was hired to pull the car together quickly as the two companies had a specific target in mind. 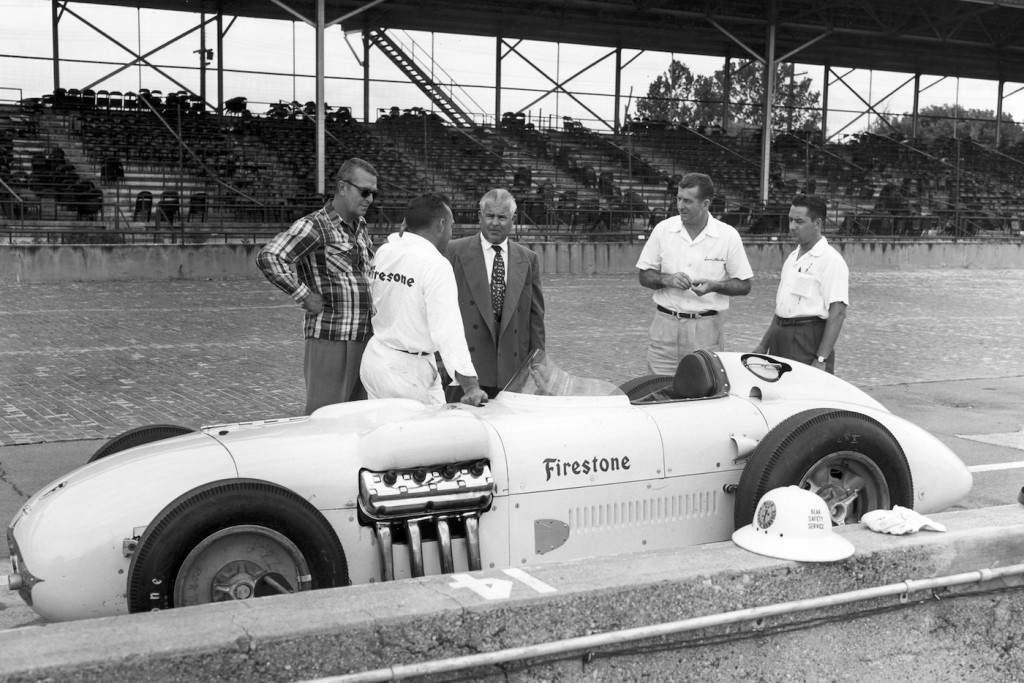 The 1954 Firestone test car at the Speedway | IMS Museum photo

Chrysler and Firestone saw the opportunity to garner some extra press from the abbreviated Indy effort. As part of the opening ceremonies of the facility, the company invited the top four finishers to their newly-completed Chelsea, Michigan proving grounds – a 4.7 mile long, banked test track,. The high-speed ribbon cutting was scheduled for June 14, 1954 and over 400 members of the media were present to tour the facility and witness the show. Firestone would also debut its new Hemi-powered Kurtis Kraft roadster test car.

The Indy drivers participating were Bill Vukovich, Troy Ruttman, Jimmy Bryan and Jack McGrath, all driving Offy-powered cars. McGrath set the fastest lap of 179.386 mph, which handily eclipsed the previous record of 148.17 mph set in 1928 by Leon Duray in a supercharged Miller at the nearby Packard Proving Grounds.

Seeing the new but unfinished Hemi-powered Firestone test car on display at the event prompted Firestone brass to approach Nichels that day to see if he had enough confidence in the car he’d built to reset the record. Working in a shed on the proving grounds, Nichels had the car ready to run on June 30th. Indy veteran Sam Hanks then headed out onto the Chrysler track in the A311-powered Kurtis Kraft, resetting the world’s closed-course speed record at 182.554 mph. It would take until the early 1970s for that record to be eclipsed.

Small consolation for what might have been a game-changing paradigm for future 500 mile races.

This article, written by Art Michalik, was originally published on ClassicCars.com, an editorial partner of Motor Authority.