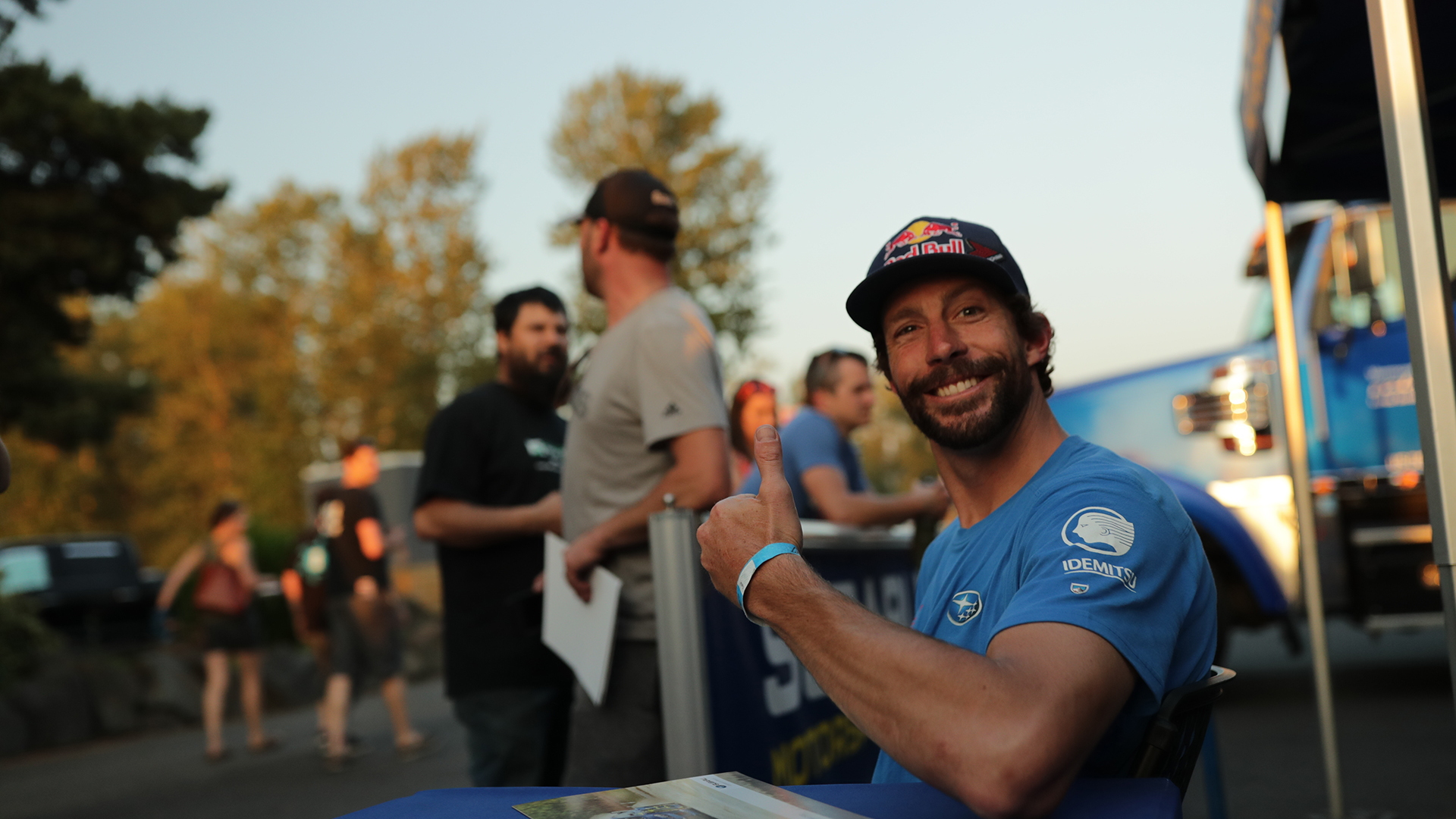 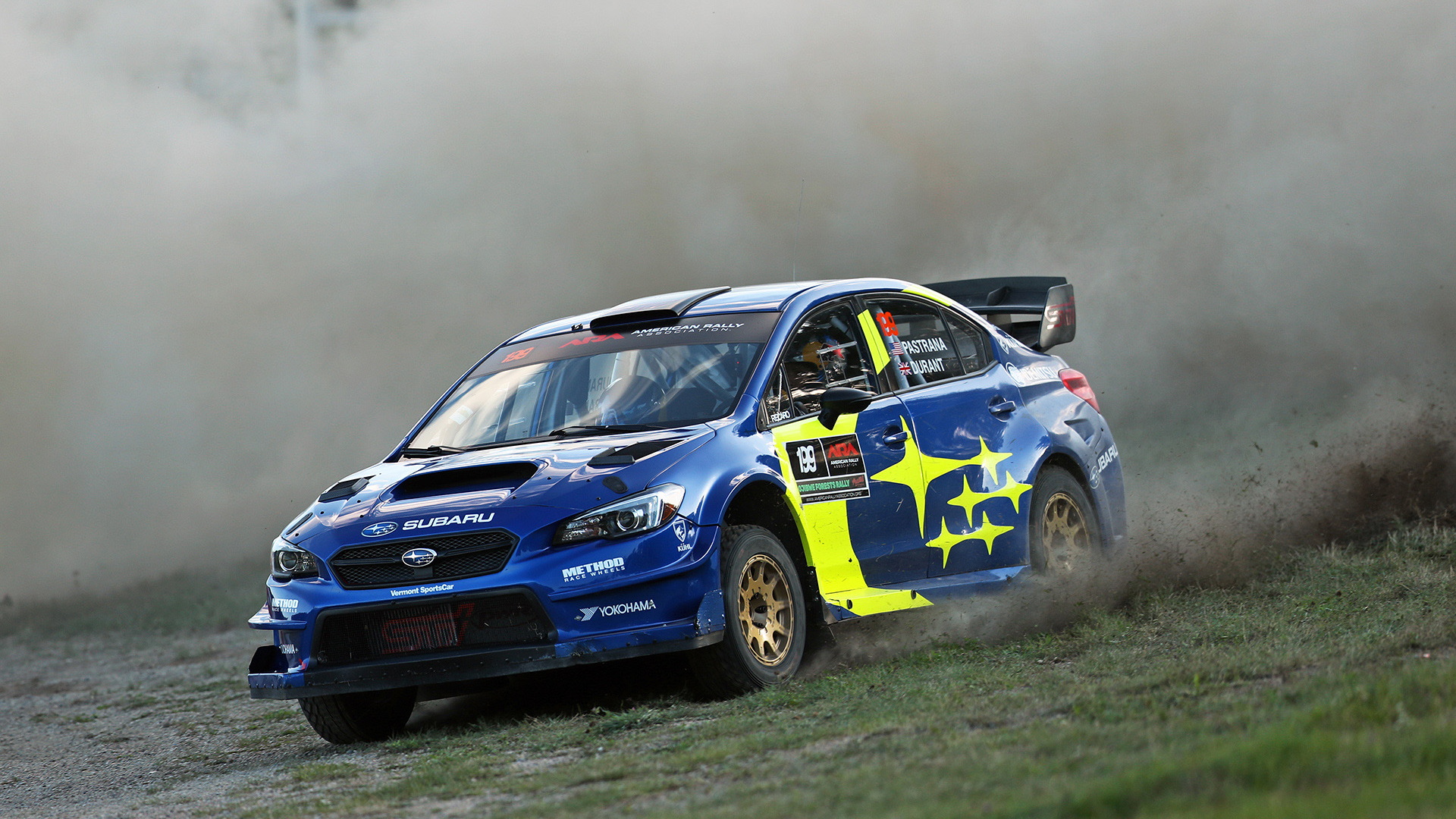 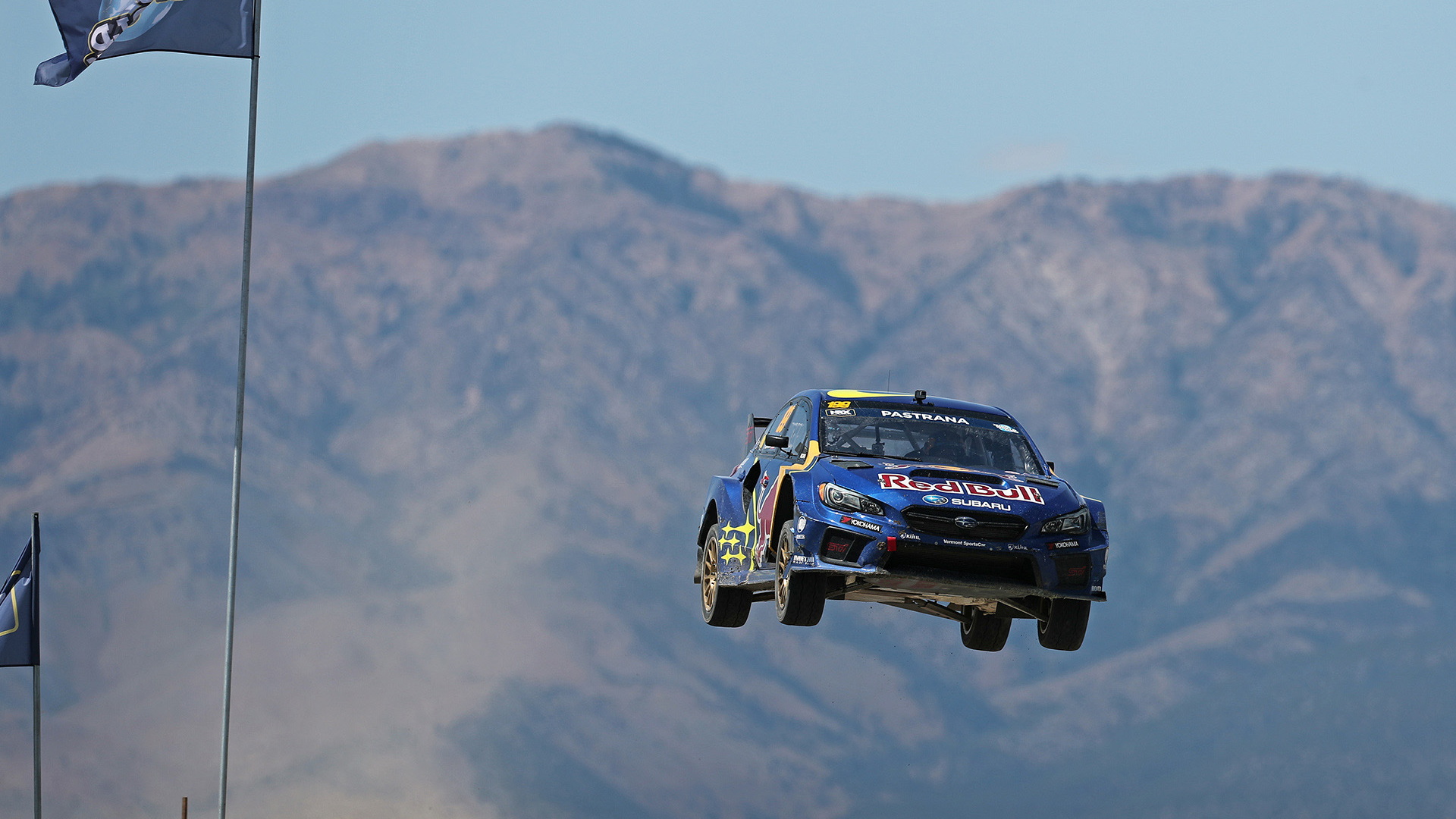 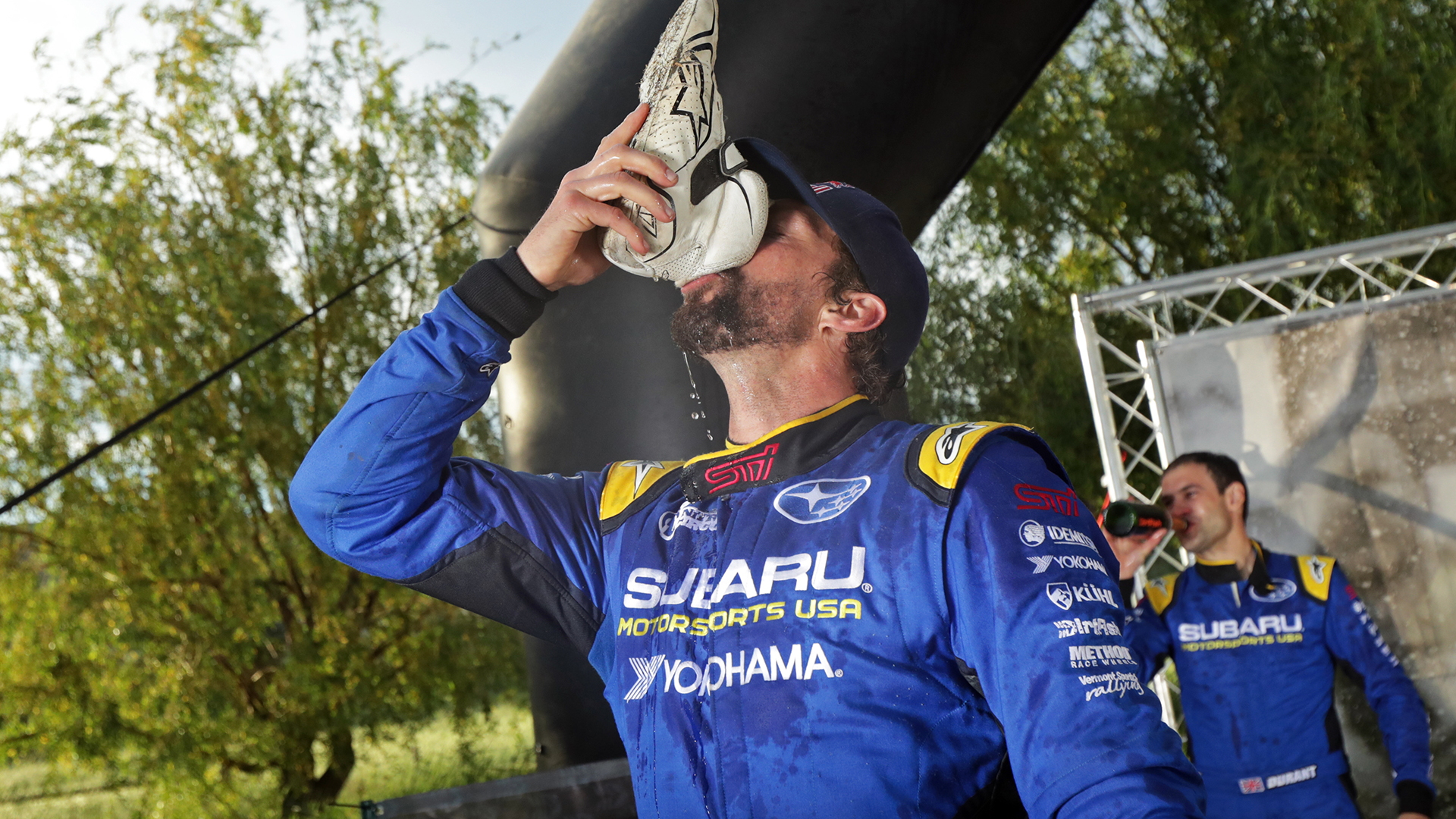 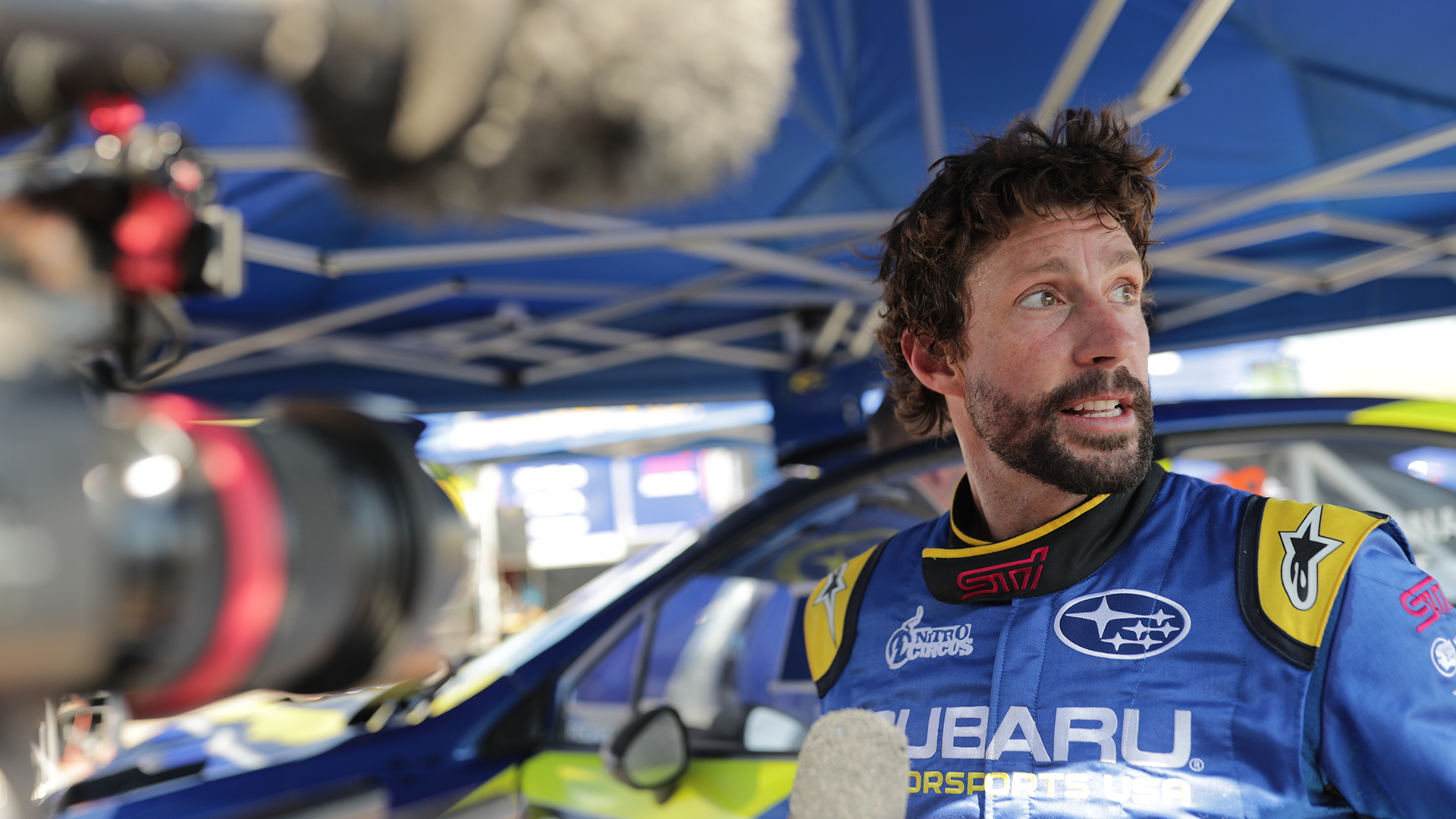 Travis Pastrana is uncomfortable. It may be the first time.

The father, husband, racer, and world’s nicest daredevil thrives when he can go where others hard stop. He’s a five-time national stage rally champion, the most successful freestyle motocross rider ever, and once jumped his Subaru rally car 269 feet over water—just to name a few. His crooked knees, hobbled walk, and twisted limbs are proof that he’s made a living prioritizing adrenaline over his own welfare. Nitro Circus isn’t just the spectacle he co-created—his life is actually a frenzied spectacle.

“Where I excel is to be able to understand where your limits are and willing to be right on that limit no matter what the consequences if you go over,” Pastrana said. His limits, he casually mentions, are “hundred-foot cliffs” and sheer drops like those on Mount Washington—where he set a record at its hill climb in 2017.

It’s hard to imagine that being cooped up at home is scarier for him. It may be.

Like the rest of us, Travis is stuck at home right now, which is like confining a tiger in a tuna can. Like most racers, he’s taken his talents to the virtual world of racing, where he races with a rotating cast of racers that include IndyCar stars Alexander Rossi, James Hinchcliffe, and Conor Daly, and his Subaru teammate Scott Speed.

It’s not the first time that necessity has forced Travis from the pits to pixels, however. In 2010, Travis shattered his ankle and surgery sidelined him from competition for a few months.

“I got hurt, shattered my ankle and I was like, ‘All right, what am I going to do?’ At the time (Subaru teammate) Dave Mirra had just whooped my butt at ‘Big Buck Hunter’ and he hustled me for a couple hundred bucks, and I was like, ‘That'll never happen again.’”

Pastrana bought an arcade machine, practiced daily at his home in Maryland, and made it to the Big Buck world finals that year. A tournament that attracts hundreds of serious competitors each year. He finished in the top 10. Competition isn’t a hobby for Travis. It’s who he is.

“It sucks to get my butt kicked so bad…people are quick to say it's not a game, and I mean our whole life is kind of a game,” he says.

Life at home has forced Travis to take a breather from his breakneck schedule: “Instead of doing races and being really awesome two or three times a month, (I have to) be mediocre like all day, every day,” he says. His wife, professional skateboarder Lyn-Z Pastrana, and their two daughters routinely have dress-up theme nights. When the girls go to bed, Travis and his cohorts fire up their racing simulators.

“Every single day…I put the kids asleep and Chad (Reed) puts his kids to sleep and from like 9 p.m. to 1 a.m. we're trying to set the best lap,” he says. “Alex (Rossi) is definitely the most competitive racer you'd ever see, and Reed just likes to push people's buttons. I think he's probably going to get banned from sim racing very soon.”

But online racing doesn’t give him the adrenaline fix he needs, he says.

I suggest someone stand over him with a cattle prod: “That's a really good one,” he laughs.

“But I wish the sim could match the adrenaline. A lot of the guys and a lot of the reason that racing in real life matters is because you test yourself and you want to see if you have the guts to push past that level of fear, that threshold and when your life is on the line if you could make those split-second decisions to pull it out. I feel like I lose a little on the sim because I don't get that adrenaline,” he says.

He admits that he misses the smell of race gas and the adrenaline his race car gives him while he's in it.

"In a 25-minute stage rally, I'll blink maybe once... When I get off the sim I'm not tired. I get out of the race car and I am mentally, completely exhausted from that kind of adrenaline," he says.

There's one thing his sim does that he wishes his race car could: "Yeah, not break my back when I jumped a flat. I think Scott Speed would probably be with me on that."

(Scott Speed was sidelined for 6-8 weeks after a jump in Utah broke his back last year.)

His sponsors: Subaru, Yokohoma, Nitro Circus and iRacing, have supported Travis and his teammates through the season while the world waits to start again.

“This is really cool. I think you'll see a lot more e-racing and a lot more interaction with fans in general because (we’ll be) on iRacing,” he says.

“Like when I sign up and have an open session, it fills up quick and you can talk to everyone that's on there. For the most part, they're super respectful…it's a neat program. Especially me getting my butt kicked in every one of these programs. I mean I'm usually upper third, never the quickest.”

In other words, he’s comfortably uncomfortable. At least for now.

For more information about broadcasted sim races on iRacing, including iRX Invitational Rallycross Series, go to the official website.