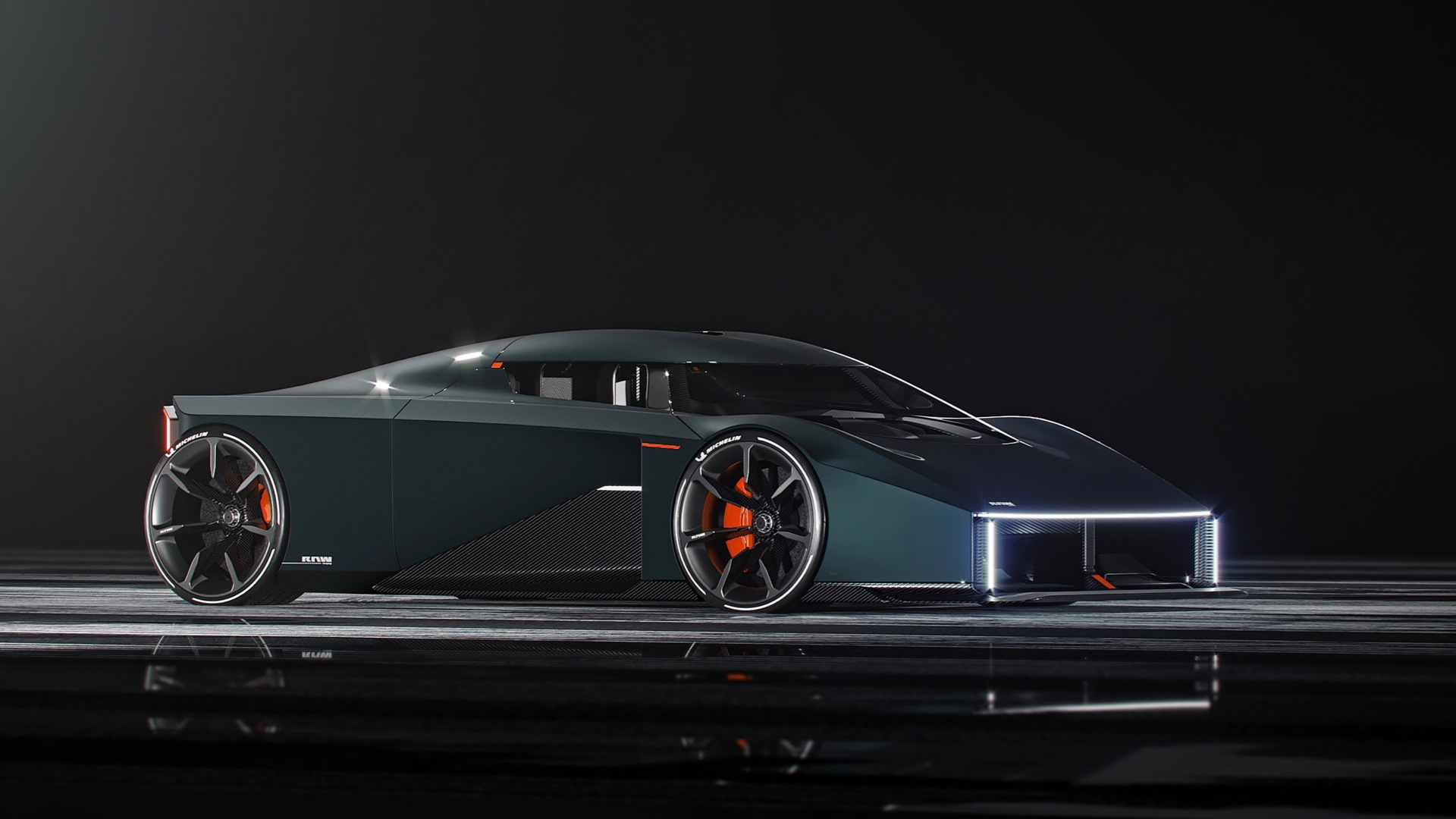 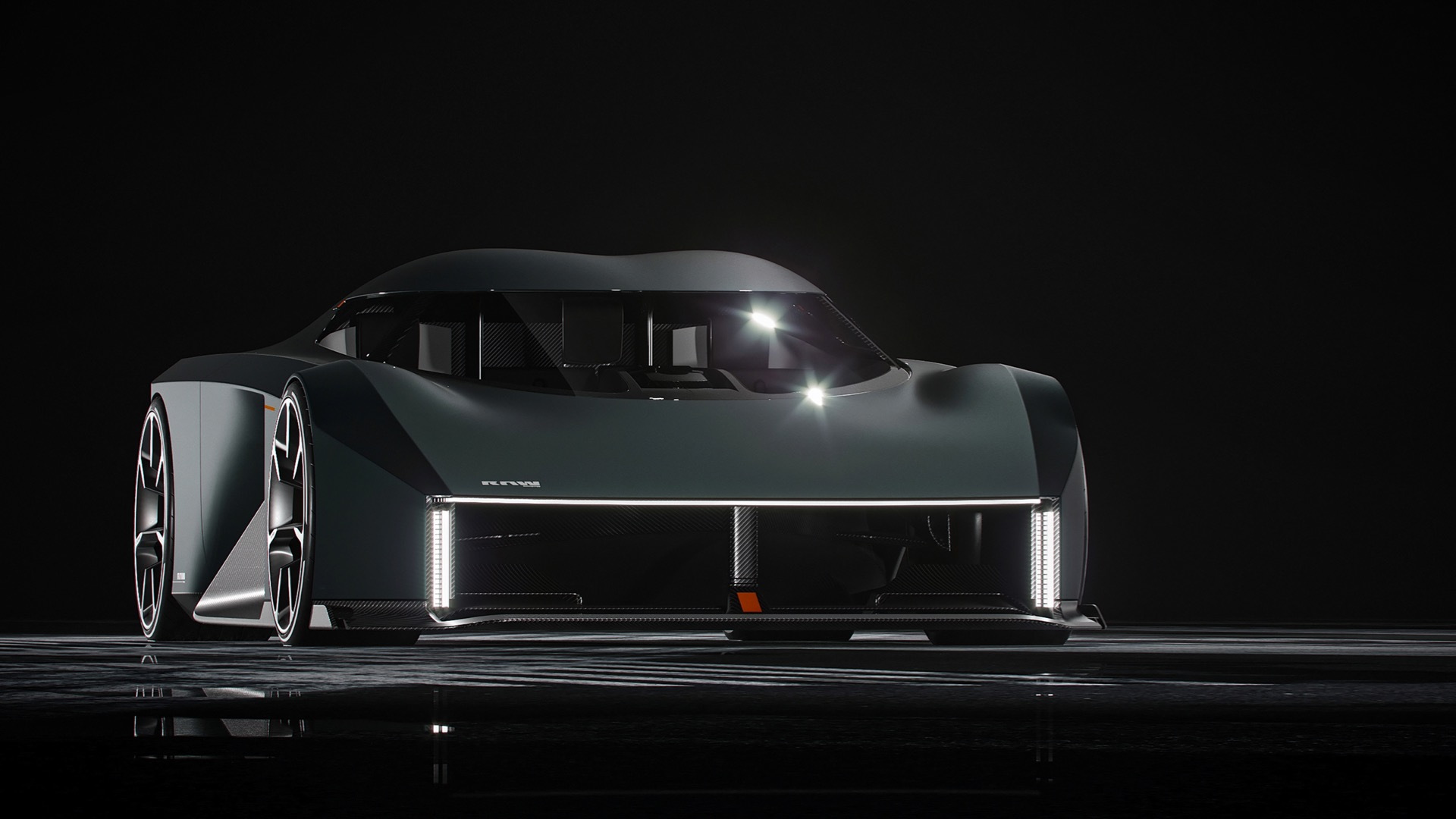 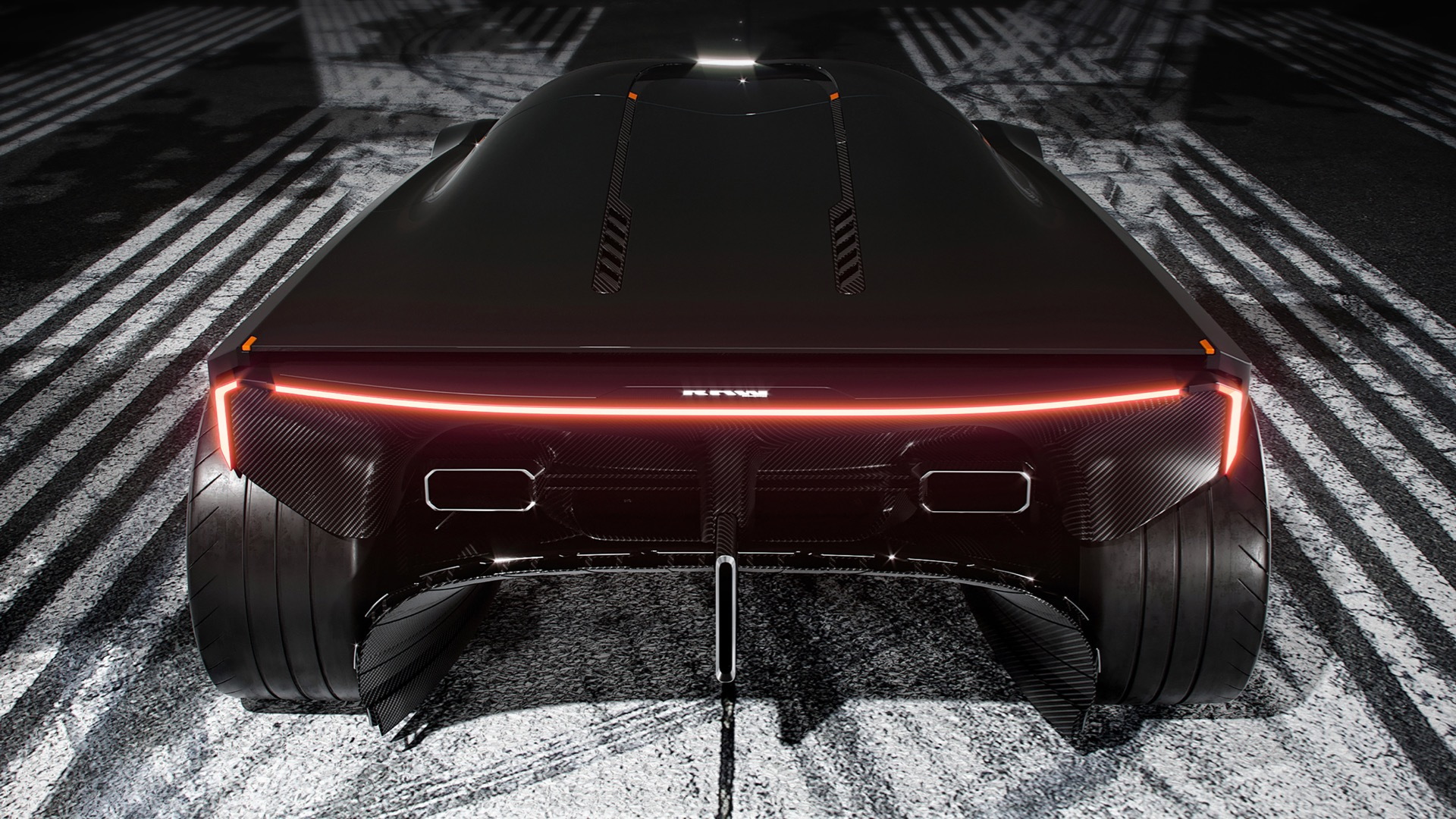 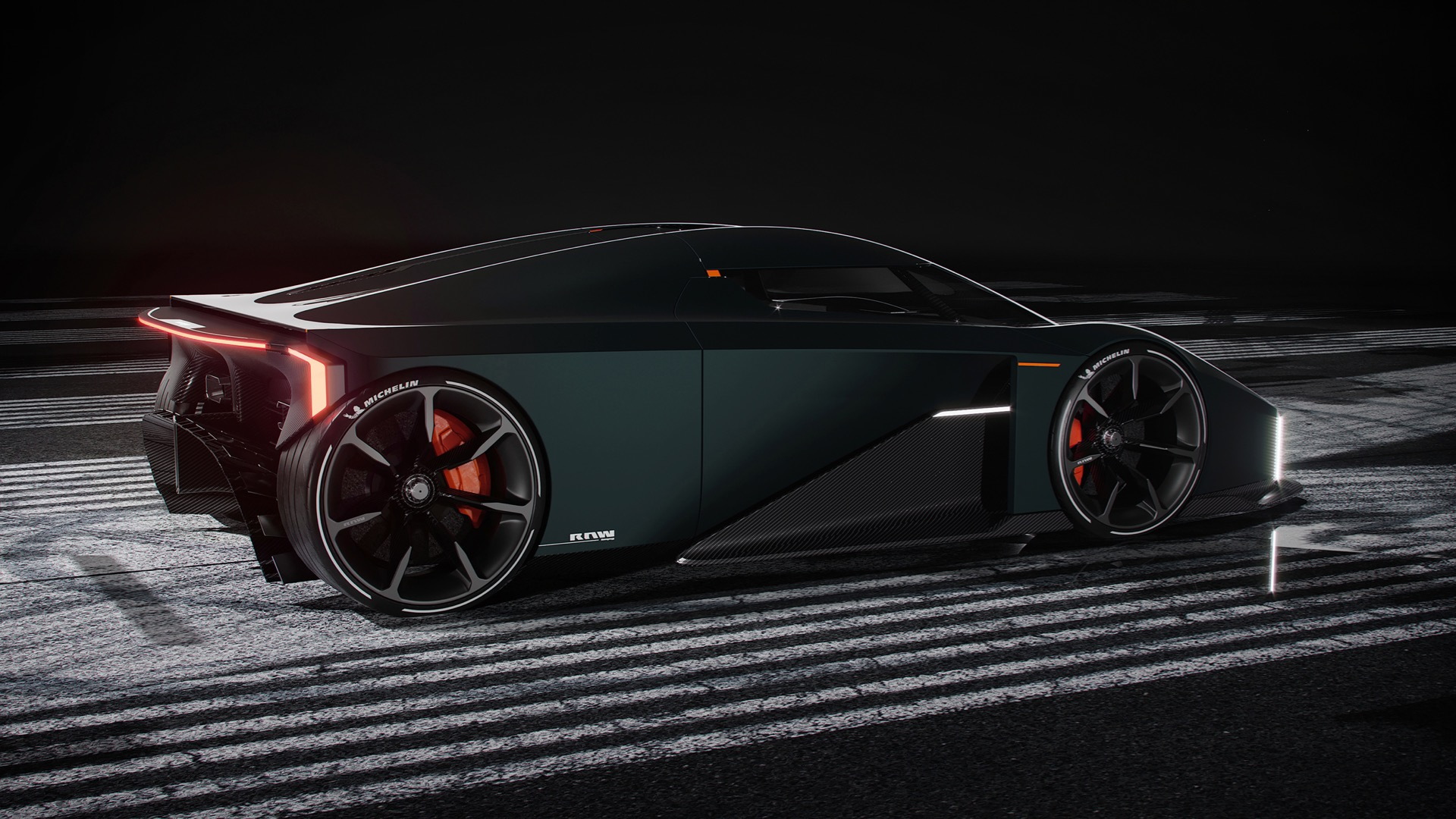 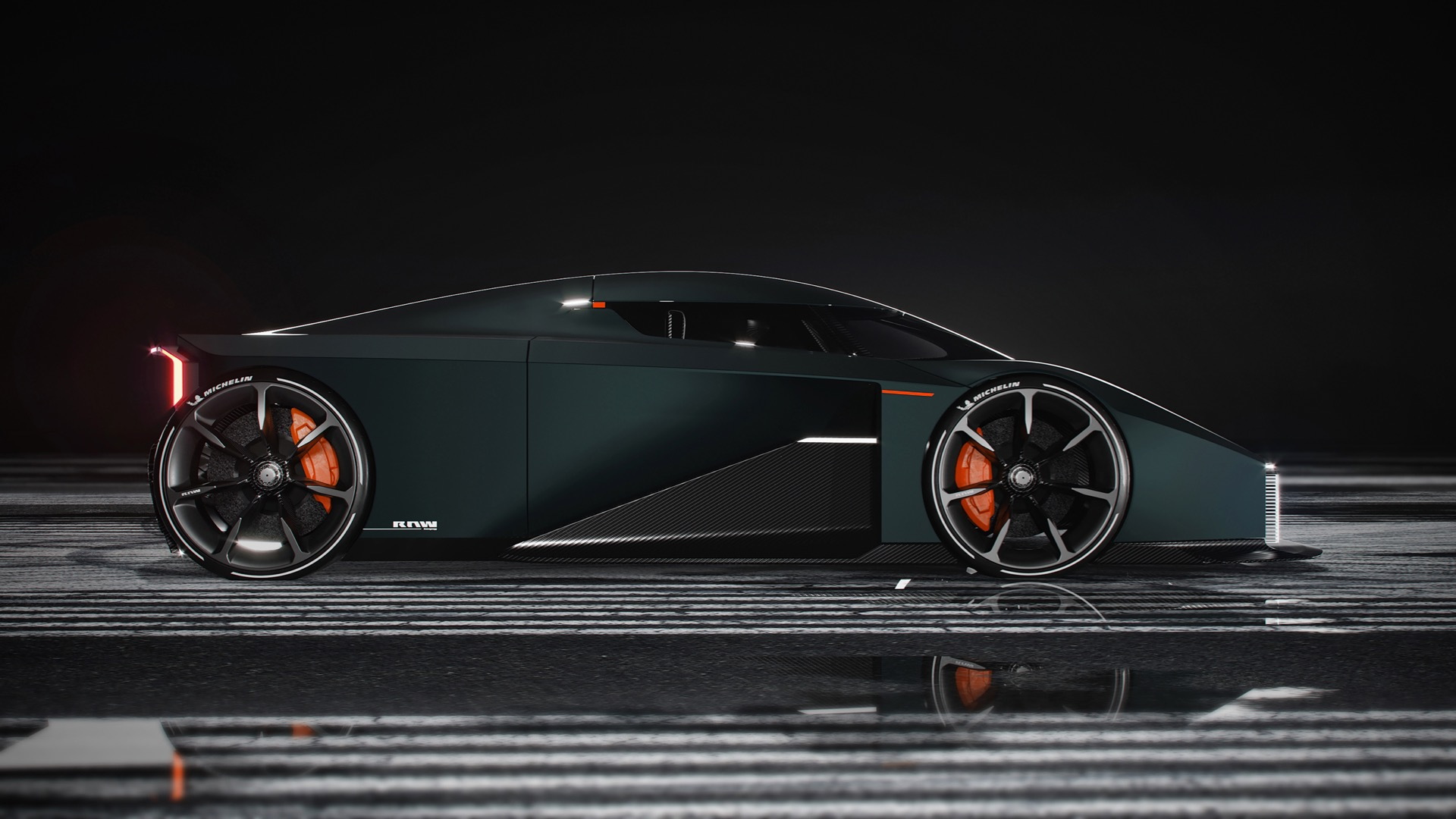 Instead of writing a long paper and cataloging citations, imagine designing a hypercar as a student thesis. That's what Finnish design student Esa Mustonen did, with help from Christian von Koenigsegg and Koenigsegg Automotive design boss Sasha Selipanov.

Spotted by Autoblog on Tuesday, Mustonen created his concept for the Selipanov's company RAW Design House as a hypothetical entry-level model, to be sold under the "RAW by Koenigsegg" sub-brand.

The unnamed hypercar was inspired by the Koenigsegg One:1, which was designed to have a one-to-one power-to-weight ratio (as measured in kilograms). The One:1 had 1,341 horsepower and a 2,998-pound curb weight, and Mustonen's concept has 700 hp and a 1,543-pound curb weight, achieving the same one-to-one ratio.

Power comes courtesy of Koenigsegg's 3-cylinder FreeValve engine, which debuted in the Gemera hybrid where it makes 600 hp and 443 pound-feet of torque.

The car features a carbon-fiber monocoque with McLaren F1-style three-abreast seating. The driver is pushed far forward, which would seem to invite crash-test issues. However, the front crash structure narrows at the nose, deflecting impacts to the sides, according to Mustonen.

The interior was inspired by sim racing, with the driver's seat mounted on rails, just like on a sim rig. Other notable features include a movable rear diffuser inspired by jet fighter afterburners, and dihedral doors hinged at the back, rather than the front, as on all production Koenigsegg hypercars.

It's unclear if the RAW by Koenigsegg concept, or any elements of it, will go into production. In the meantime, Koenigsegg still has to complete the Gemera production run, and may develop electric cars in partnership with Chinese investor Evergrande.