Designer Frank Stephenson has penned a wide variety of cars over a career spanning decades, ranging from compact cars to SUVs to supercars.

He previously worked as design chief of McLaren, where he created the design language for the British automaker's earlier models, including the P1 hypercar. But Stephenson, who now runs his own independent studio, also designed the first modern Mini. Here he describes in a video posted to his YouTube channel what it was like to reinvent an iconic car.

Created under the aegis of BMW, the R50-generation Mini succeeded the original Alec Issigonis-designed icon, which went out of production in 2000 after nearly 40 years on sale. The biggest challenge was keeping the original Mini's styling elements while still making a car that looked modern, Stephenson said. 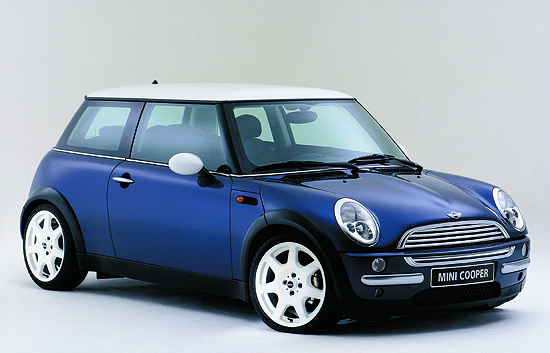 One area the modern Mini differed from its predecessor was the curvaceousness of its sheetmetal. Advancements in manufacturing technology allowed for greater use of curved panels than when the original Mini was launched in 1959, Stephenson said. He also leaned the headlights back to improve aerodynamics.

Stephenson said the R50 Mini's most distinctive feature was the placement of its taillights. That's because they sit separately from the rear hatch's shut line, which made building the car more complicated. He said he wanted that placement because it gave the appearance of a wider stance.

This design set the template for two more generations of modern Minis. The Mini lineup has expanded to include multiple models, including the decidedly un-mini Countryman crossover, and the electric Cooper SE.